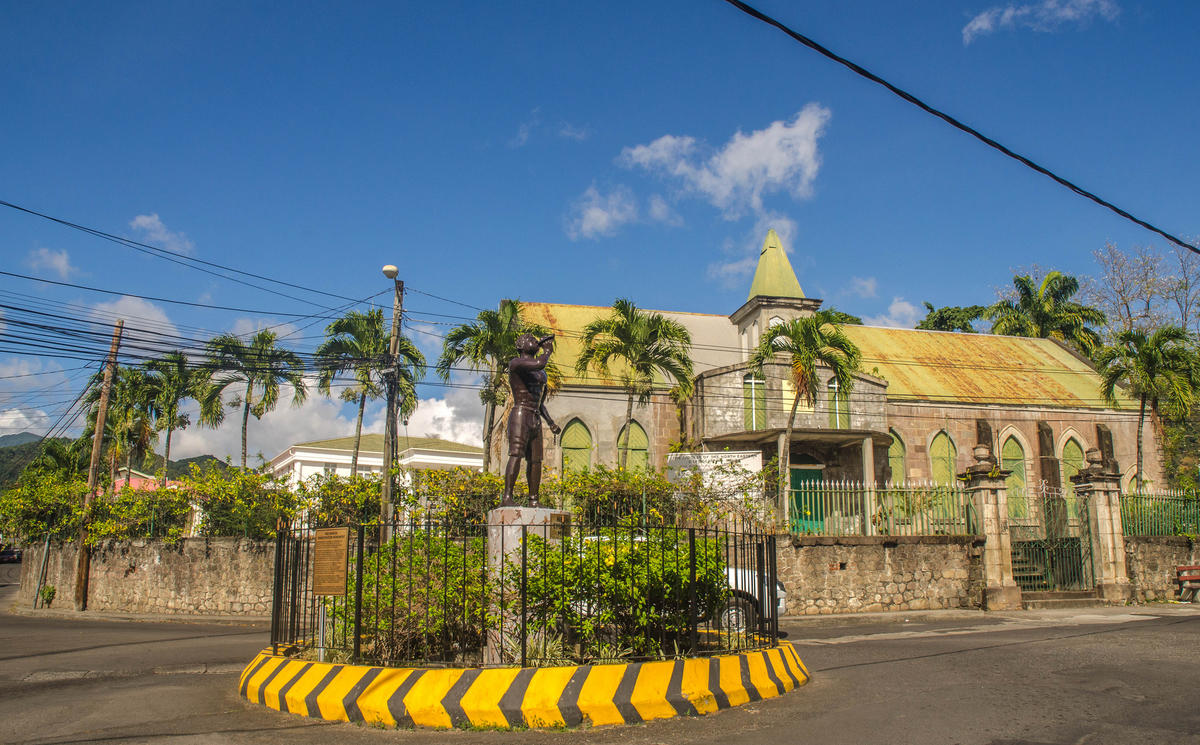 Its small size and little amount of gold made Dominica initially unattractive to European colonizers, so its history is surprisingly peaceful compared to that of other Caribbean islands. That's not to say they didn't fall prey to fierce battles for power.

The Arawak tribes, called the Orinoco, were the original inhabitants of the island, and the arrival of the Carib Indians is believed to have caused them to leave. It was the Caribs who met Columbus and his fleet when it arrived in 1493. Many Spanish ships discovered Dominica, too, but the Caribs were able to successfully keep them at bay. The indigenous inhabitants originally referred to the island as Wai’tukubuli, which translates to "tall is her body." It was Columbus who renamed it Dominica. Native Caribs still live on the island today, mostly in the Carib Indian Reserve.

Dominica was theoretically claimed by the Earl of Carlisle in 1627, two centuries after the arrival of Columbus. They had contact with Europeans prior to this as Captain John Smith and his crew were recorded to have stopped in Portsmouth on their way to Jamestown. The French also called dibs on Dominica, further fuelling disagreements between France and Britain. A treaty was declared in 1660, leaving the island to the Caribs. However, never satisfied, the French still attempted to reclaim it.

From 1720 to 1759, they were successful and Dominica respected the French in power, during the time slavery was widespread. In 1759 the British took back the throne and in 1763, the Treaty of Paris officially handed control of the island to Britain. Two more efforts were made by France, but they were unsuccessful. In 1783, the Treaty of Versailles granted full control to the British and Dominica was peacefully assimilated by the 1800's.

Dominica has enjoyed independence since 1978, but initially freedom was turbulent. Its first prime minister was forced to resign because of corruption. Hurricane David devastated the island in August 1979, causing economic ruin. Dame Eugenia Charles was elected in 1980. She ruled until 1995 and was the Caribbean’s first female leader. Roosevelt Skerrit is the current prime minister.

The political history of Dominica has been turbulent, but its citizens remain friendly and welcoming. While Dominica today faces economic challenges, development continues and tourism is growing.

Dominica’s culture is mainly influenced by the Caribs, the French, the British, and the Africans who were brought over by the French for slavery. The result is a colorful and festive Creole society which is evident in the island’s language, food, art, and music. A majority of the residents are Roman Catholic.

Almost every type of musical genre is available on the island, but the most important ones are local folk, reggae and calypso. Every village has its own events, but among the most notable festivals are Carnival (celebrated a week before Ash Wednesday) and the World Creole Music Festival (October).

The traditional clothing worn in Dominica says a lot about the island’s history and culture. Colorful fabrics and garments printed in batik or plaid are the norm. Creole style clothing called jupe is worn for special occasions, particularly on the feast days of saints and on Sunday. The outfit consists of a bright top over a white cotton chemise and a floor-length skirt. The hem, sleeves and neck are lace-trimmed, while a white handkerchief is wrapped around the head to resemble a bonnet. The chest is adorned with a foulard, a cotton triangle in white or a bright color. This manner of dressing is similar to what provincial women in France once wore. Petticoats were fashionable in the past, as well as West African clothing. Nowadays, women wear a combination of jupe, chemises, dantell, foulard, and mouchoir. Gold jewelry is also common.