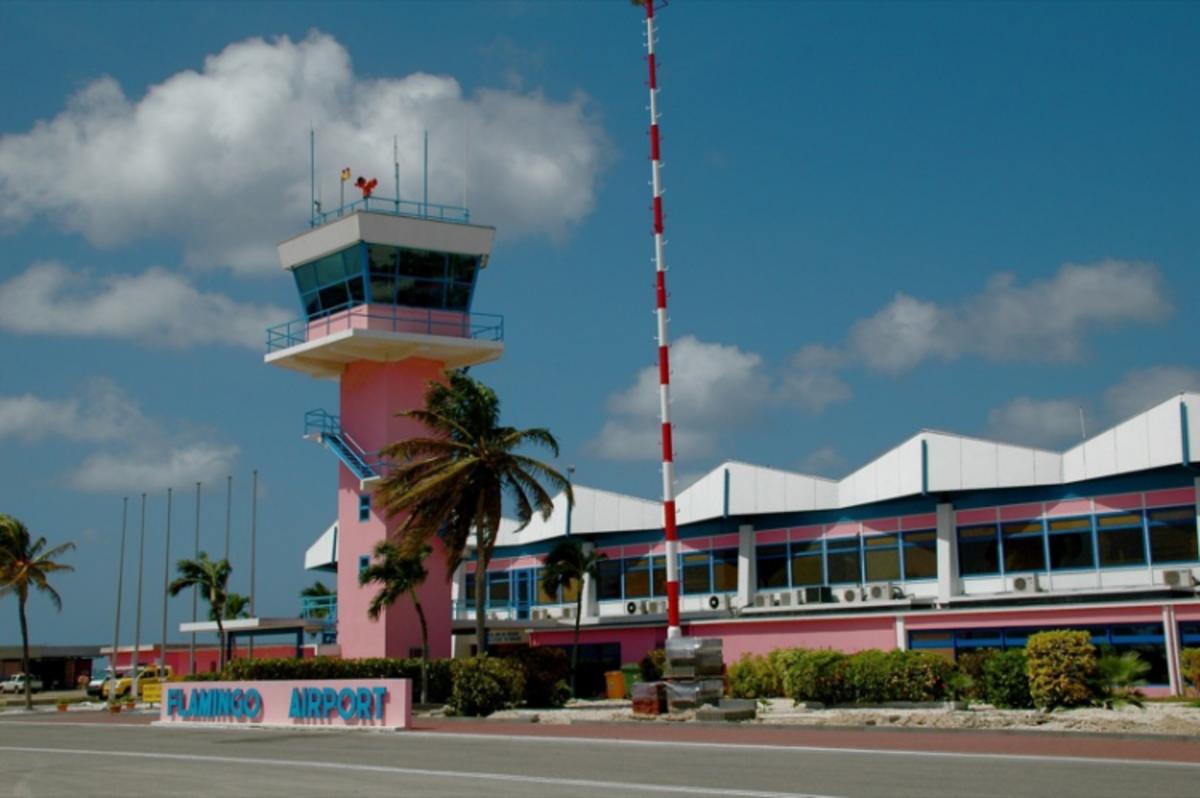 Situated close to Bonaire’s capital, Flamingo International Airport is the third largest in the former Netherlands Antilles, receiving more than 21,000 passengers a year. The original airport opened in 1945 and was upgraded in the 1950’s. In addition to a variety of connections to nearby islands, the airport has flights to a number of major European and North American cities, such as Miami and Amsterdam. The most popular airlines are local carriers Dutch Antilles Express and EZAir, for which Flamingo International is a hub, in addition to KLM, Delta Air Lines and United Airlines.

There’s a range of dining options, bars and a recently updated departure hall, in addition to a few duty-free stores. Car rental through major international chains Avis and Hertz, and local firms is available, and there’s always a number of taxis waiting outside. Further plans to upgrade the facility in coming years are in place to accommodate the growing tourist arrivals.

The Netherlands Antilles largest airport, Queen Beatrix International Airport welcomed more than 1 million passengers in 2011. The one terminal facility has direct and connecting flights to various destinations worldwide. About 30 airlines fly from Aruba, the most active being United Airlines, Gol Transportes Aereos and Avior Airlines. In recent years, the busiest routes have been to New York, Miami and Newark. The terminal has a good selection of restaurants, fast-food chains, bars and duty-free stores. Transfers to Bonaire’s Flamingo International are commonplace, and it is also possible to travel by sea. All major car rental companies are present at the airport, in addition to taxis and bus services.

Located about 13 miles outside the capital city of Caracas, Simon Bolivar Airport is the main gateway to Venezuela with almost 10 million travelers passing through in 2011. Due to its proximity to the ABC Dutch Antilles, this airport is a popular option for long haul arrivals who find it more practical to connect from here to Bonaire in the Southern Caribbean. The airport has two terminals, both of which include a variety of duty-free stores, restaurants and bars. Major airlines flying from Caracas include Aserca Airlines, Conviasa and RUTACA Airlines.

Click here to learn about Travel Tips for Bonaire