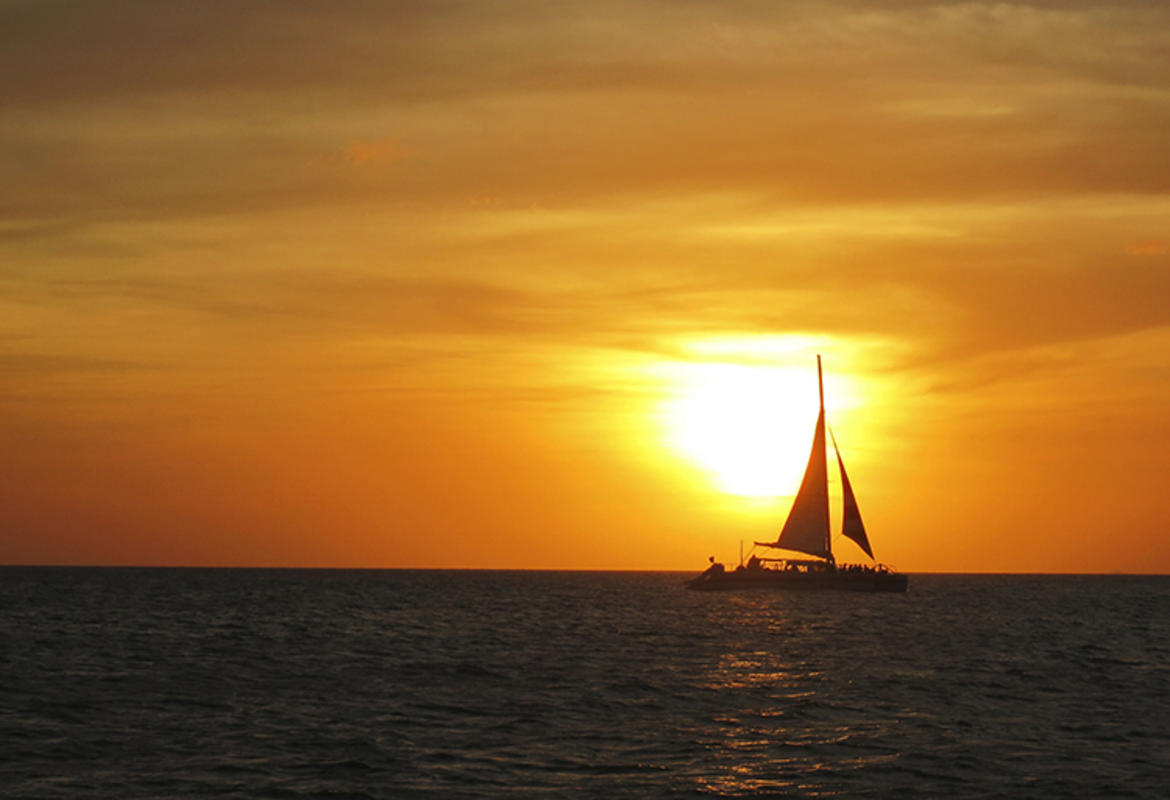 Aruba has some of the best weather anywhere on account of its positioning in the South Caribbean outside of the hurricane belt. It is warm and sunny throughout the year, with little deviation and a typical daily average of around 80°F (26°C). The high season runs December though April, with the rest of the year considered off season.

It does rain in Aruba, and sometimes very heavily, but there is no actual wet season. November to January sees the most rainfall, but it is mostly thunderstorms in late afternoon/evening as opposed to consistent, tropical torrents. Days are typically sunny and fresh during this period.

With this lack of precipitation comes lower humidity, and with such a climate near the equator, this usually translates as searing temperatures. Aruba avoids this as it lies in the path of trade winds, which keep the heat down through much of the year and also provides great potential for sailing and windsurfing. The winds also mean mosquitoes are less of a problem in coastal areas.

If there is a bad time to visit, it would be around September, when the trade winds die down on account of tropical storms in other regions of the Caribbean. The actual hurricane season in the Caribbean is June through November, and though they won’t hit Aruba, storms or severe weather may affect flight paths and can, on occasion, make their way here.

Most people come December through April and which is high season throughout the Caribbean. Americans and Canadians fly down in droves during the harsh winters of North America, so expect hotel rates to be high. Hotels are cheaper at other times, though European summer holidays (July to September) will see full rates also. Visit any time for good diving.

Click here to learn about Aruba's Festivals and Events