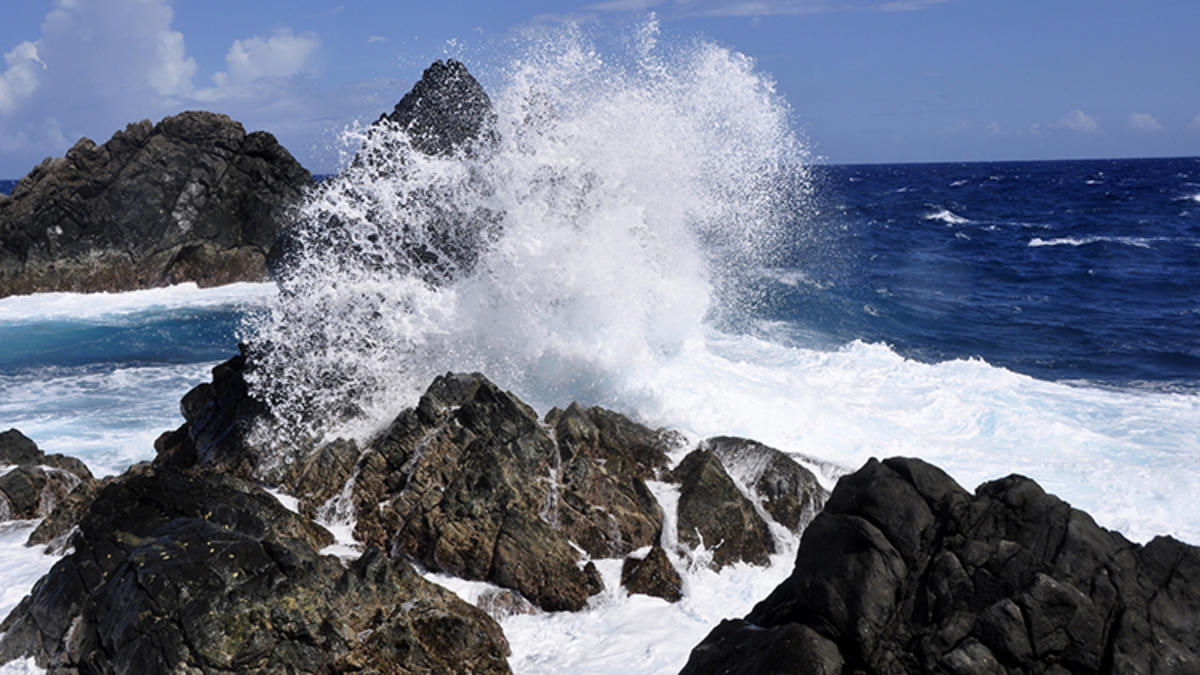 For a small island, Aruba has a decent and unique range of attractions. The beaches are stunning and the capital buzzing. There are many sights in and around Oranjestad, including Fort Zoutman, and off to the east, the Casibari Rocks and Hooiberg Hill. Most attractions can be reached on foot, but the north coast is rugged and tougher to traverse with several worthy sights accessible via tour bus.

The capital is located in the west of Aruba near some of the most popular beaches. Oranjestad is a large city, considering, and comes with a pretty waterfront area, Dutch colonial buildings, and lots shopping. Cruise ships dock right in town where everything is within walking distance. Lloyd G. Smith Boulevard is the main thoroughfare and is loaded with malls, marinas, restaurants, and bars. Main Street is especially good for shopping and admiring its buildings. Must-see Oranjestad landmarks include Fort Zoutman and the Queen Wilhelmina Park. Address: Oranjestad, West Aruba Phone: n/a Website: n/a

Aruba’s favorite beach, aply named for the many palms planted in the early 1900’s is off to the north of Oranjestad. Most of the main hotel resorts are based here, running right up to the beach and typically come with large swimming pools and extensive facilities. Much of Palm Beach is covered with umbrellas and lounge chairs by day, but it is large enough to escape most of the commercialism. The swimming, sunbathing and water sports are all good, plus there are a couple of piers and many open-air bars. The area is also known as ‘High Rise,’ with neighboring Hadicurari Beach off to the north. Address: Palm Beach, North Aruba (Noord) Phone: n/a Website: n/a

This rock bridge previously spanned 100 feet and rose 25 feet over the crystal blue waves. It was created naturally through the pounding surf and was one of the most dramatic natural structures of the Caribbean. Although sadly now in the water, the Natural Bridge is still one of Aruba’s main attractions and worth a look through an easily accessible tour. A picnic area is onsite and there’s a sandy beach nearby. Address: Andicuri Bay, North (east) Coast Phone: +297-584-2685 Website: n/a

Good for a daytrip, Cura di Tortuga, or Conchi, is a protected ocean water pool on the rugged north of the island. It is ideal for those looking to have a dip away from the masses, though is only accessible by 4WD. You can also do some rock diving into the pool as it is hemmed by cliffs and caverns, but get here early as it gets very crowded late in the day. Tours run from the city and beaches, including Madi’s Natural Pool Shuttle. The Natural Bridge is also over this way. Address: Santa Cruz, North (east) Coast Phone: n/a Website: n/a

Arikok National Park is located in the southeast (towards the bottom edge of Aruba’s north coast) and covers much of the region. It includes both land and coast and is madeup of lava formations, limestone caves, and a variety of wildlife—from giant iguanas to snakes and donkeys. The Guadirikiri Caves are a big hit with kids, with their large caverns and bats, while miles of trails over varied terrain and empty beaches are highlights for the adults. Address: Santa Cruz, Southeast Phone: +297-585-1234 Website: http://www.arubanationalpark.org/

Located within Oranjestad’s environs is the Haystack Mountain, or the Haystack. Though not the highest point on the island, it is the highest spot near the capital at over 500 feet. Hundreds of steps provide access to the apex, from where views of the town, coast, and surrounding island are incredible. The Casibari Rocks are just north of the Hooiberg and you can see across to Venezuela’s north coast most days. Address: Off Santa Cruz Rd., East Oranjestad Phone: n/a Website: n/a

The Casibari tonalite rock formation is a unique attraction in Aruba and one that most tourists make a must-see. Trails go through the sprawling rock garden, which has been creatively landscaped with cacti and native shrubbery of the surrounding desert. Steps lead up to the main collection of rocks and afford fine views over the town and Hooiberg Haystack off to the south. The Ayo rock formation site to the east is also impressive. Address: Off Casibari Rd., East Oranjestad Phone: n/a Website: n/a

Oranjestad’s standout landmark and oldest building hails from the late 1700’s and can be found at the harbor. Built to protect the island from mainly pirates, it also features the Willem III Tower and the Aruba Museum; the latter the setting for the weekly Bon Bini Festival. A fee is charged for both. Address: Zoutmanstraat 1, Oranjestad Phone: +297-582-6099 Website: http://www.aruba.com/ThingstoDo/Attractions/Fort_Z...

Accessible on foot from Arashi Beach in the north is this lofty lighthouse, which stands 98 feet over the ground and hails from WWI time. The lighthouse was built here as the waters are rougher than in the south, as evidenced by the sinking of the California, its namesake, around the time of its construction. There are some fabulous walking trails around the lighthouse and horseback riding tours also go by. Address: Arashi Rd., Near Arashi Beach (Noord) Phone: +297-582-3777 Website: n/a

The most famous wreck in Aruba is just off Malmok/Boca Catalina beaches in the north and can be snorkeled onto. The 400-foot German cargo ship was supplying U-Boats in the Caribbean in WWII when it scuttled by its skipper when it moored. The POW camp the prisoners were kept at is today the site of the Divi Flamingo resort. Though it may be tempting to swim to the wreck from either beach which is only a half mile, take a tour out there to stay safe and relaxed. Keep an eye out for giant sea turtles and angelfish. Address: Boca Catalina, North (Noord) Phone: n/a Website: n/a

Click here to learn about Aruba's Food and Restaurants