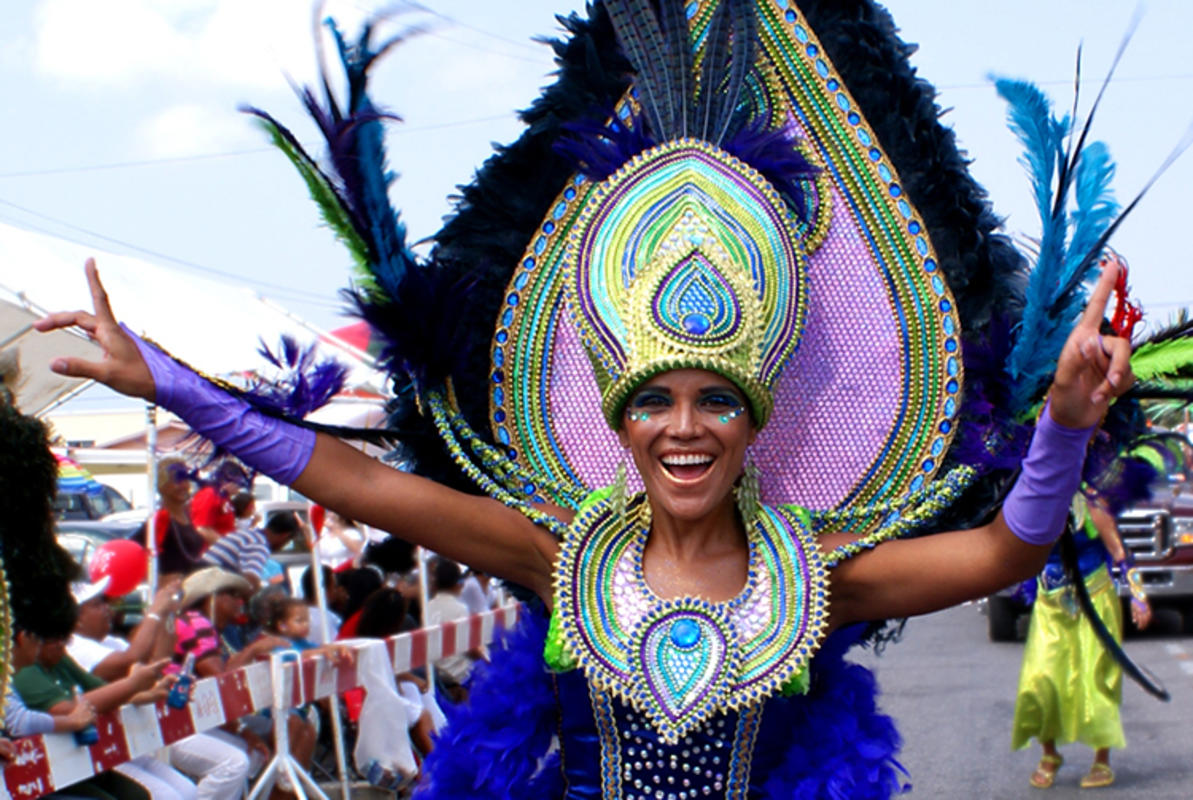 Tourists visiting any time of year will likely come across a popular sporting or cultural event celebrating Aruba’s diverse peoples, with the annual Carnival featuring a huge parade being the top event. For windsurfers, Hi-Winds is one of the premier festivals in the world.

The biggest event of the year features several weeks of celebrations in high season starting in February. Oranjestad is the place to be to experience the best of it, with street fests, local music, competitions and games. The Grand Parade on the last day is particularly impressive, when an effigy of King Momo is set alight.

Expect lots of flag-waving, nationalistic pride, and traditional shows on March 18. This date harks back to 1948 when the former leader presented a petition for independence to the Dutch masters and it took almost 40 years to achieve the autonomy. A variety of events on this day will appeal to tourists, adults, and children alike.

Celebrated throughout the Dutch-influenced world is the birthday of Queen Beatrix on April 30. Various events take place to celebrate this Aruba holiday after the official government ceremony, which includes a march by the military through the capital. These include boat and foot races, kite flying, and more.

Big name music acts from around the world grace the Soul Beach Music Festival over two days and nights in late May. Artists at the Oranjestad-based event have included the likes of Wyclef Jean, the Gap Band, Alicia Keys, Anthony Hamilton, Jamie Fox, Toni Braxton, and MJ Blidge.

This world-class windsurfing competition is one of the most hotly anticipated of its type. Top windsurfers from around the world descend on Aruba in June/July to catch the renowned trade winds that skirt the islands. There are heats for women and juniors, as well as the main male events, along with kite boarding and kite surfing. The event is held at Hadicurari Beach, next to Palm Beach.

This annual international catamaran regatta sees impressive yachts from North and South America and Europe race the calm waters off Palm Beach. The mid-November event takes place as a welcoming to high season in Aruba and culminates in a party on the island’s favorite beach.

Music and Caribbean dancing are a hallmark of this weekly event, which takes place in the capital city rain or shine. It is held in Fort Zoutman every Tuesday evening from 6:30 p.m. to 8:30 p.m. and also features arts and crafts and local foods. The fort itself is a major Oranjestad landmark and ensures whenever you visit a healthy dose of Aruban culture.