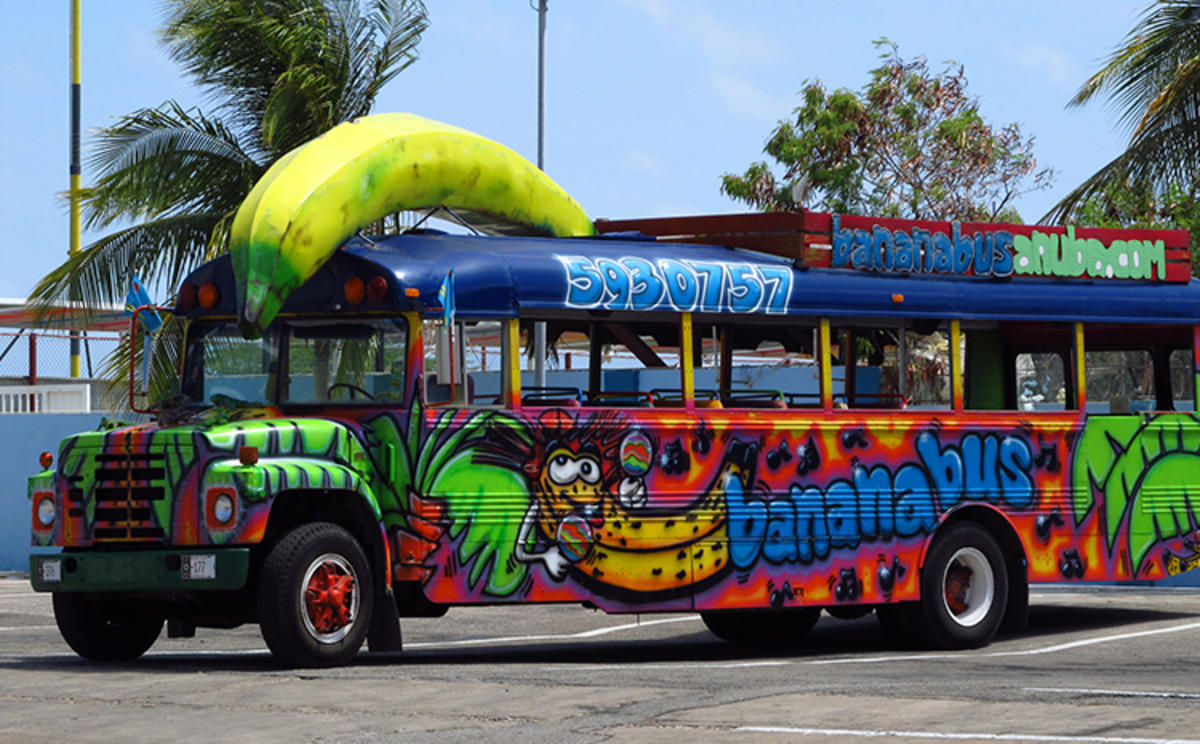 Aruba taxis are not metered and rates are fixed between the main areas, the airport to Oranjestad, Oranjestad to Palm Beach (High Rise), Palm Beach to Low Rise, and a few other standard destinations. Drivers have the list of government fares, but you should always check the price ahead of time to make sure you’re not getting taken advantage of. Taxis are rarely hailed and are best picked up at hotels, or you can call the dispatch center (+297-582-2116). There are extra charges after midnight for luggage and also if they have to wait for more than five minutes. Taxis can similarly be rented by the hour. Rates are quite steep for the distances traveled.

Many visitors rent cars or motorbikes for their preferred form of transportation. Major car rental firms have offices at the airport, including Avis Aruba, Budget, Europcar, Hertz, Thrifty, Payless, and Tropic. The roads in the main tourist areas are okay, but for driving in the rugged north, you’ll need to rent a jeep.

Aruba is a major destination for cruise ships with hundreds of stops made here every year. On cruises of the Caribbean Sea, ships dock at one of the three terminals right in Oranjestad, which has excellent facilities and is near to city shops, restaurants and hotels. Ferries do not run between the ABC islands or Venezuela, though there are many private charters and smaller cruises available to Curacao and Bonaire. Boats also run up and down the Aruban west coast.

The cheapest option for getting around Aruba is the Arubus. This public bus serves all districts throughout the day with roundtrips from main hotels to Oranjestad being very reasonably priced. Buses typically go by every 30 minutes between 6:00 a.m. and 6:00 p.m. and hourly thereafter until midnight (Monday to Saturday). Buses also go on Sundays, though less frequently.

The main bus stop is on L.G. Smith Boulevard at the waterfront in Oranjestad, near the cruise terminal, although there are stops along all major routes and hotels. Be sure to carry small bills when using Aruban buses as they mostly only take exact change.