Swim Amongst Scads of Jellyfish in the Mystical World of Palau

By Selena Hoy
Save 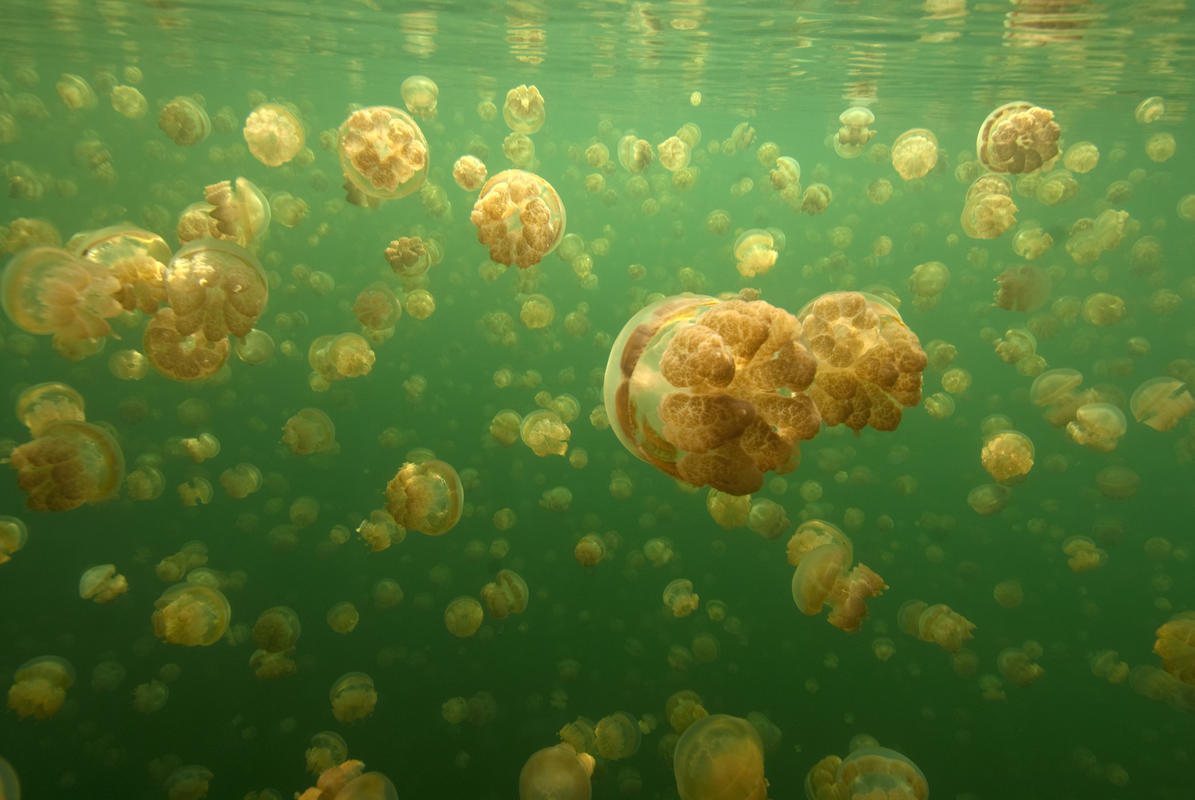 It's normal to feel a ripple of trepidation as you lower yourself into into the waters of Ongeim L’Tketau. Better known as Jellyfish Lake, this remote marine environment in the even more remote country of Palau is teeming with millions of translucent jellyfish. But shake off the nerves and take solace in the fact that Mastigias papua etpisoni (known commonly as golden jellyfish), and Aurelia sp. 4 (moon jellyfish) have evolved in an isolated, almost predator-free environment to have almost no sting, and are thus safe to interact with -- making it one of the most unique swimming experiences in the world. 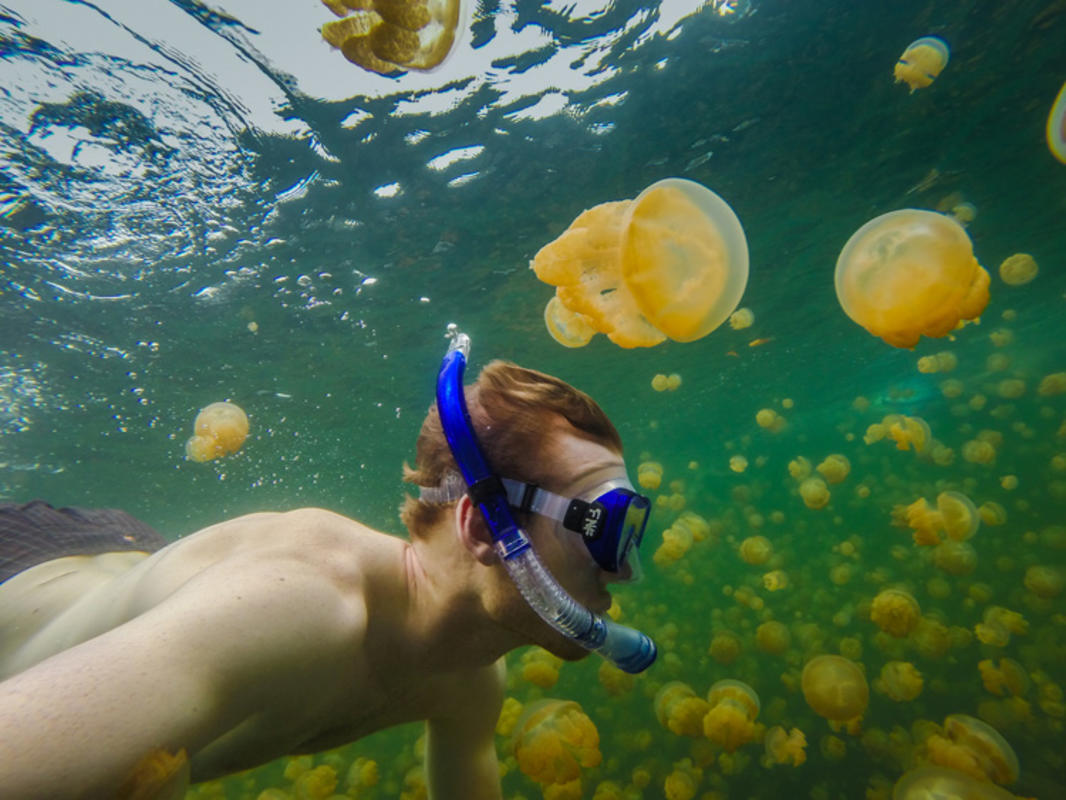 Give yourself a minute to adjust to the dark and murky water below, and swim toward the sunny part of the lake where the jellies congregate. You'll see the formless flickers out of the corner of your eye appear like a ghostly orb and do a double take. Wait a minute, and diaphanous shapes begin to appear. With a few more flips of the fin, the jelly's see-through orangey-pink tissue glides into view, gently pulsating with movement. Before long, you’re surrounded, but remember you’re the alien in this strange galaxy. 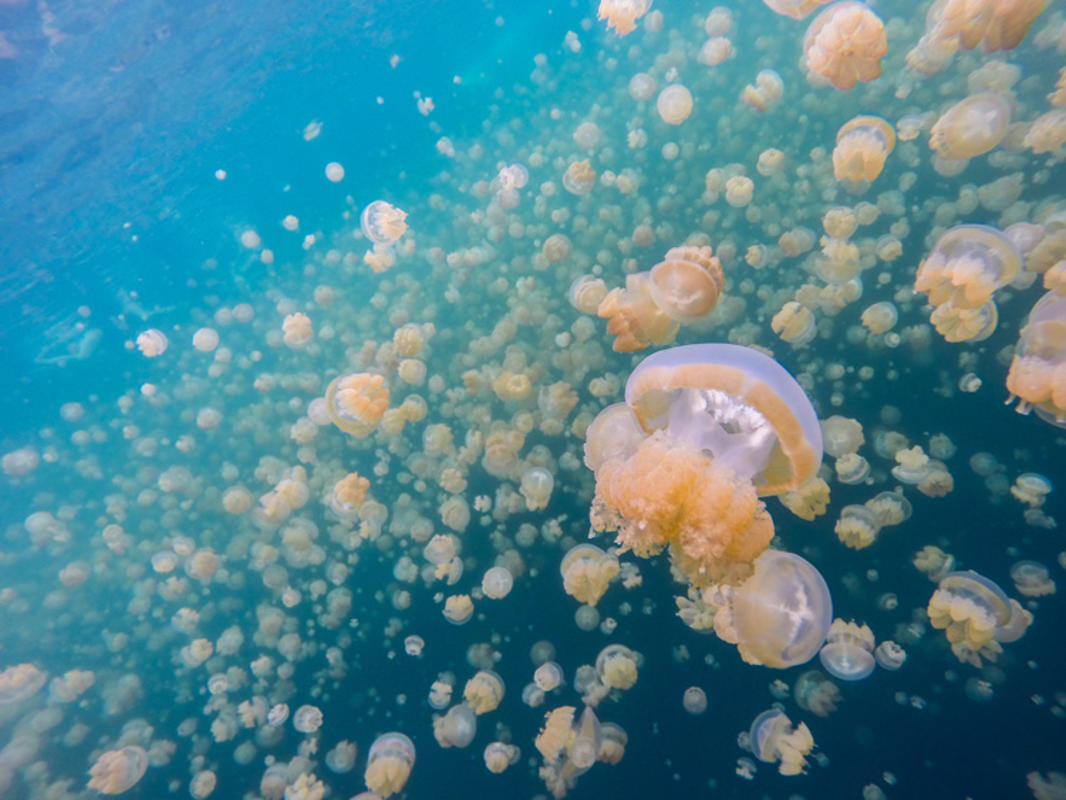 There are over 50 marine lakes in Palau, five home to jellyfish, but most of them are prohibited from swimming in the interest of preservation. Jellyfish Lake is the only one that is open to tourists. In fact, the whole area of the Rock Islands Southern Lagoon is designated a UNESCO World Heritage site for the amazing biodiversity, including these magical creatures. 400 meters long, 150 meters wide, and 30 meters deep, large aquatic life only lives in the upper 15 meters of the stratified lake as the bottom is filled with the poisonous dissolved gas hydrogen sulfide, which can enter the bloodstream through the skin. Deadly to humans, no scuba diving is allowed. 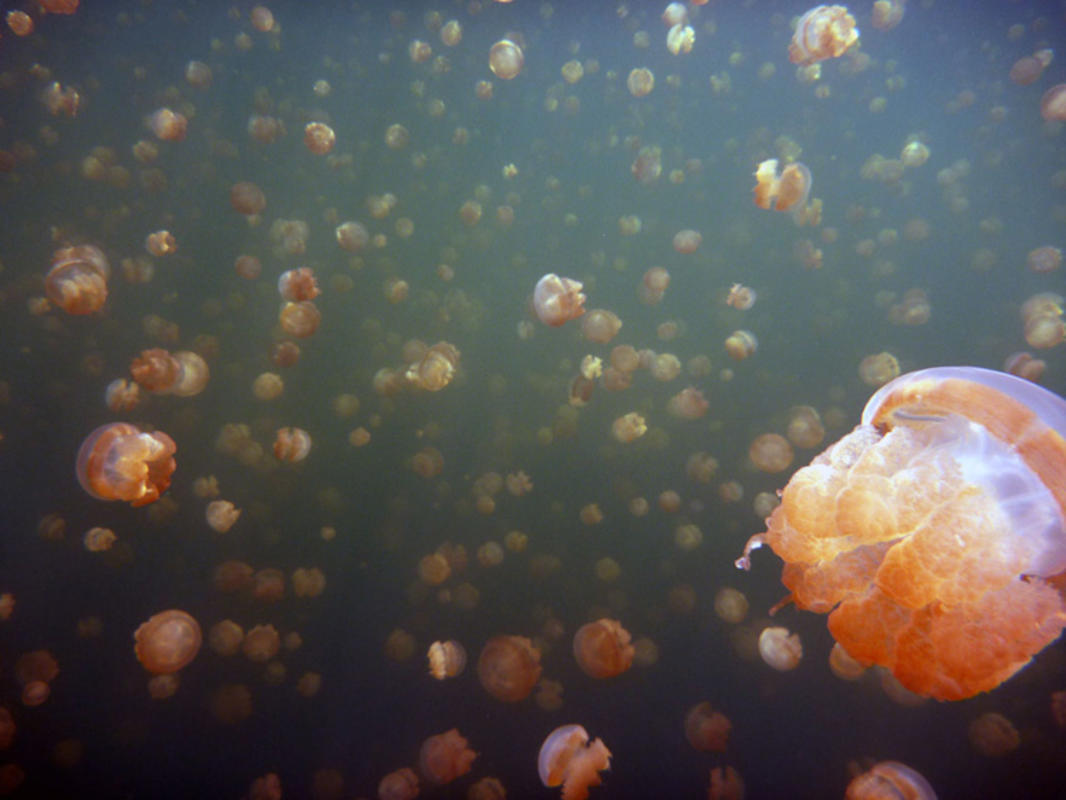 The jellyfish are endemic to the lake, meaning this specific subspecies only exists here. Both the jellyfish and the lake are protected by the Palauan government, so there are some precautions in place. Tourists should use clean snorkeling gear and are not allowed to wear sunblock. In fact, before you enter, park attendants will rinse you off with lake water in an attempt to keep alien species from being introduced. Visitors are advised to wear wetsuits and fins for ease of movement, and swim in a horizontal position, moving deliberately to avoid harming the delicate jellies. Poking or touching the animals is prohibited, as is removing anything from the lake. If you have a waterproof camera, bring it, but leave everything else at home as there's really nowhere to stash stuff. 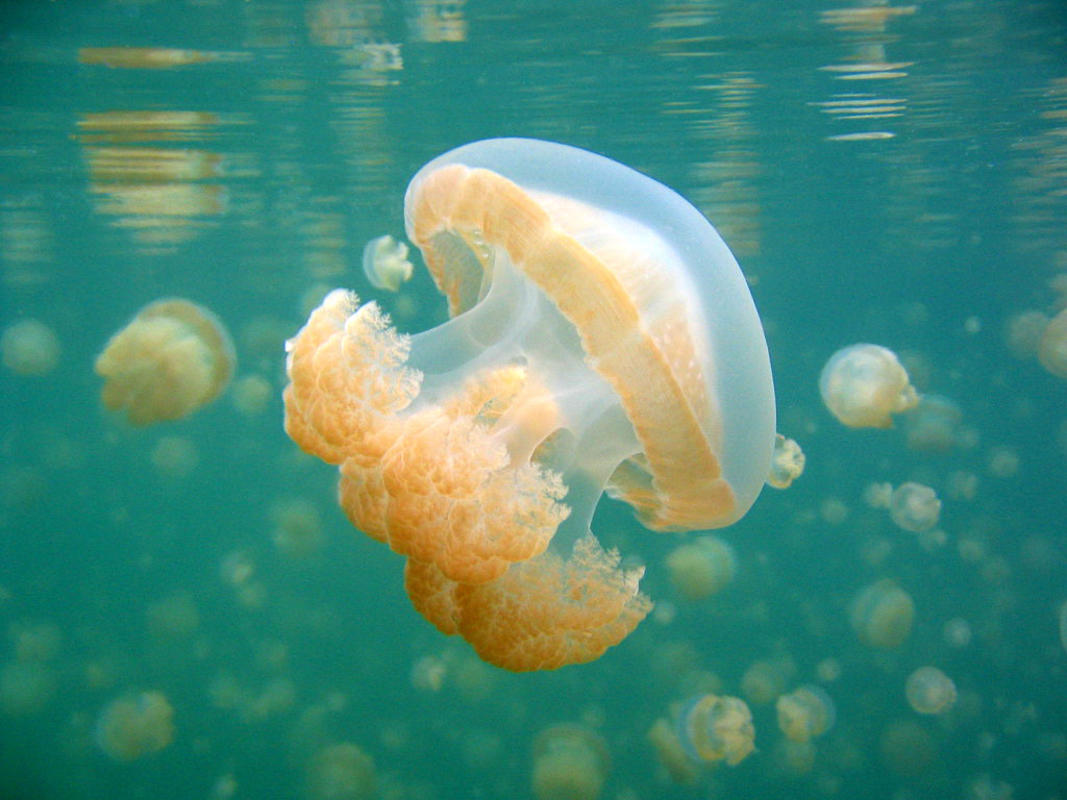 Eli Malk, where Jellyfish Lake is located, is about an hour via motorboat from Koror, Palau’s largest city. Once on Eli Malk, there is a short but steep hike from the dock to the lake and shoes are definitely advised! It is necessary to book a tour to go to the lake – starting at around $100 for the day. It is also required to pay a $100 park permit, which you can get through your tour operator. Three recommendations are Sam’s Tours, Impac Tours, and Peleliu Divers. Most include other activities as well, such as a stop in the Milky Way lagoon, lunch on a secluded uninhabited island, and kayaking in the Rock Islands. The Rock Islands are a destination on their own, and fantastic scuba diving can be found in the surrounding area. Due to the recent (spring 2016) drought caused by El Niño, numbers of jellyfish in the lake have dipped, but are expected to be back to normal soon.

selenahoy.contently.com
Join 100k like-minded travelers by subscribing to iExplore
Join with Email
RECOMMENDED FOR YOU