Embrace your Inner Spider-Man with Urban Rappelling for Charity

They say going down might be just as fun as going up. Who's they? Us. Rappelling, the American name for abseiling, or "to rope down," is the controlled descent from a cliff or slope. You may be used to rappelling in the form of rock climbing or caving, but we have something more thrilling for our urban explorers, the opportunity to rappel down the side of a building amidst the epic Chicago skyline. This fall, add scaling buildings with the utmost of easy to your resume and you just might cross two things off your bucket list at once - charity and an adrenaline rush. 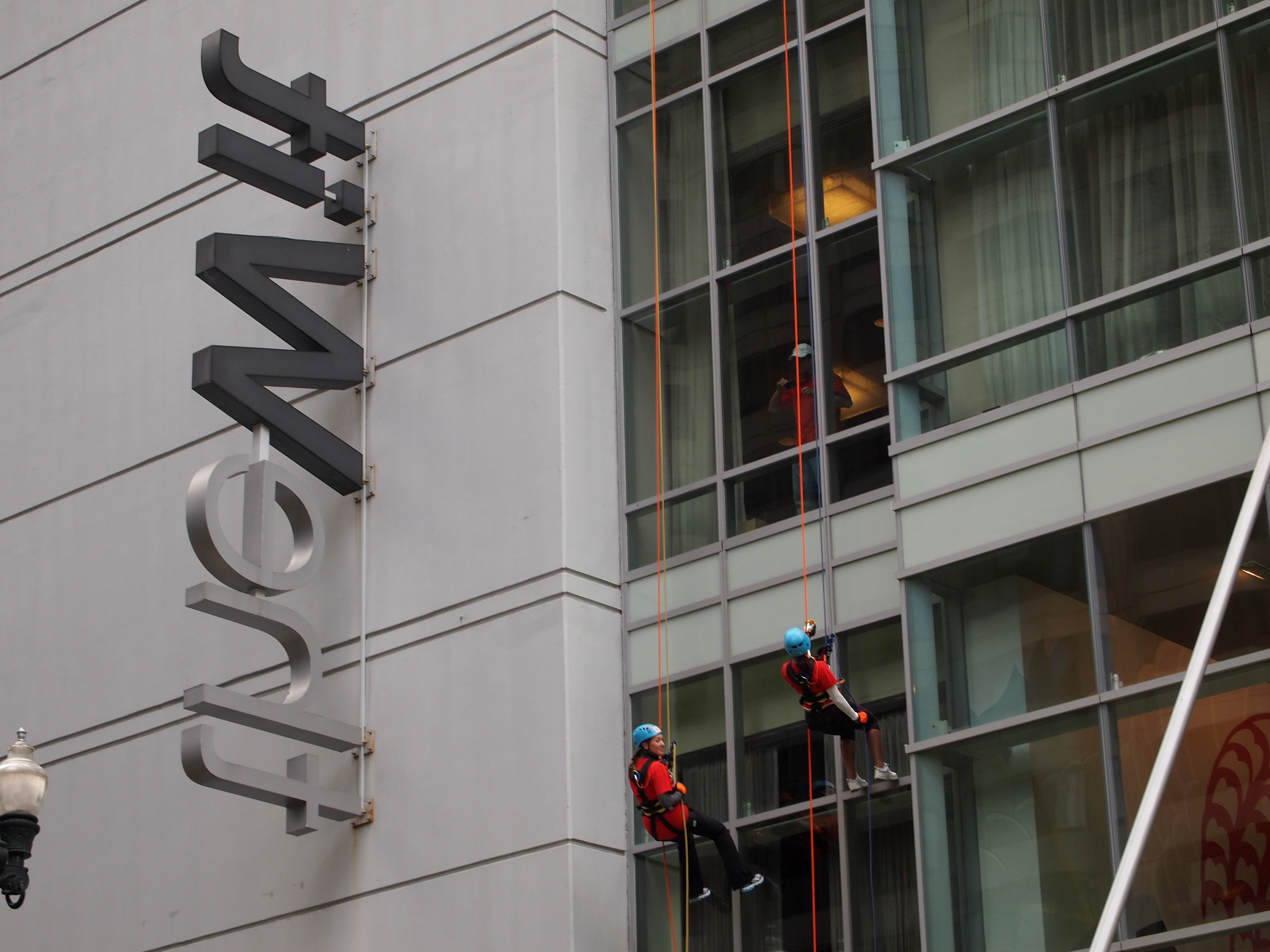 The Wit Hotel hosts the twice-yearly event that allows 150 adventure seeks to each rappel down the side of their famous lightning bolt in the center of downtown. Interested in participating? Just be 18 years old or over, weigh between 110-300 pounds and meet the fundraising minimum of $150 registration plus a $1000 in pledges. This event is produced by Over the Edge, a fully insured professional rappelling organization that has worked with various non-profit groups throughout North America to help raise money for their cause.

And this cause is a worthy one, the Respiratory Health Association of Chicago provides services and support to the individuals living with lung diseases (including tuberculosis, lung cancer, asthma, COPD, and others) throughout metropolitan Chicago area. If dangling from a rope isn't your thing, they also organize the Hustle up the Hancock, a yearly race up the 94 steps of the John Hancock Center and the CowaLUNGa Bike tour, a three-day cycling event through the Midwest.

Call yourself Spiderman, Superman, or whatever other marvel hero name you channel to combat your fear of heights - it's all for a good cause after all.

America's Best Ballparks: Take Me Out to the Ball Game