7 Reasons Why Mauritius Is the Ultimate Bucket List Destination

If you're looking for paradise, you'll find it just off the southeastern corner of mainland Africa and Madagascar in the middle of the Indian Ocean. Boasting with more than just relaxing beaches and hidden lagoons, the small island nation of Mauritius is full of bucket list adventures and experiences that are sure to take your breath away. 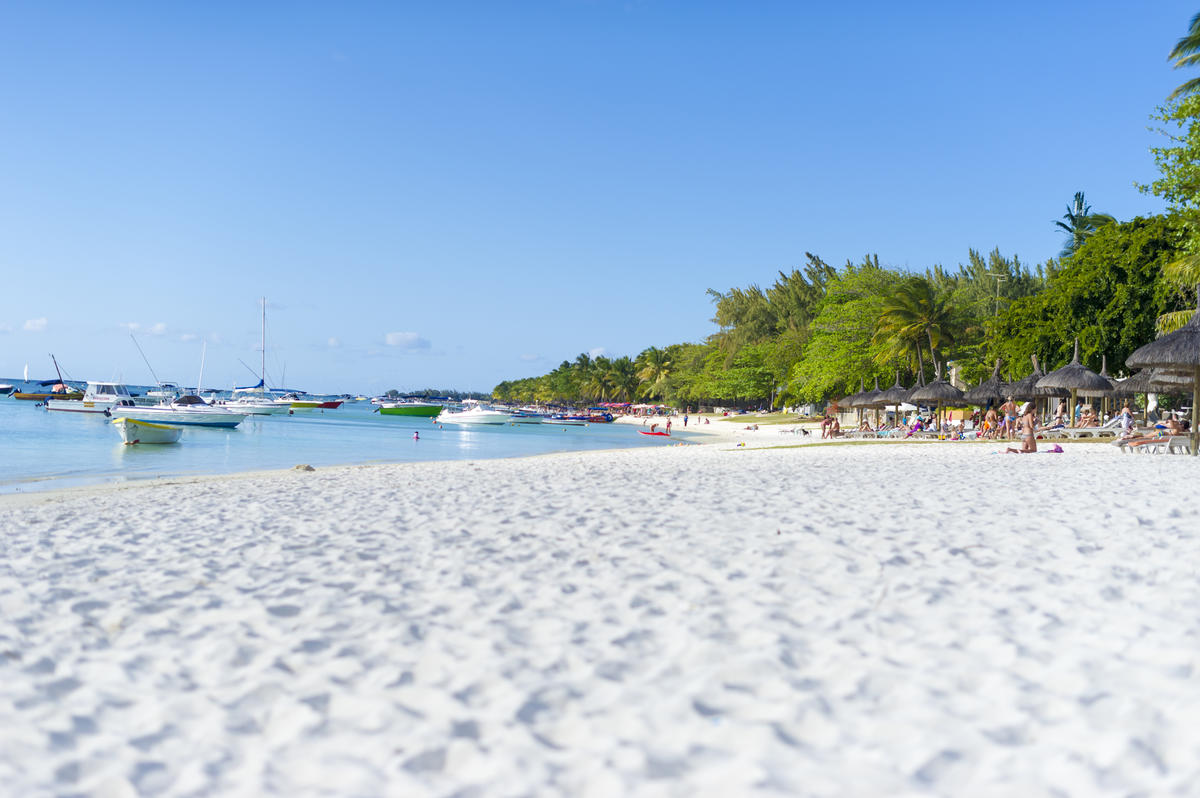 There's No Bad Beach (But Really)

Mauritius is blessed with perfectly pristine beaches at every corner. But with nearly 100 miles of beachfront, how do you choose which beach is best for you? Read the sand. Really! Each of the geographical coasts have a slightly different shade of white sand. The north coast's small coves are a favorite of couples and families, while the choppier waters create a more coarse sand in the south that makes it a favorite among kite surfers and experienced divers. If you're dreaming of a romantic sunset and a picnic dinner, the west coast's soft sand will surely delight, and the east coast's more sugar white beaches are ideal for sunbathing. For best results, we recommend visiting as many as possible — for the sake of research, of course. 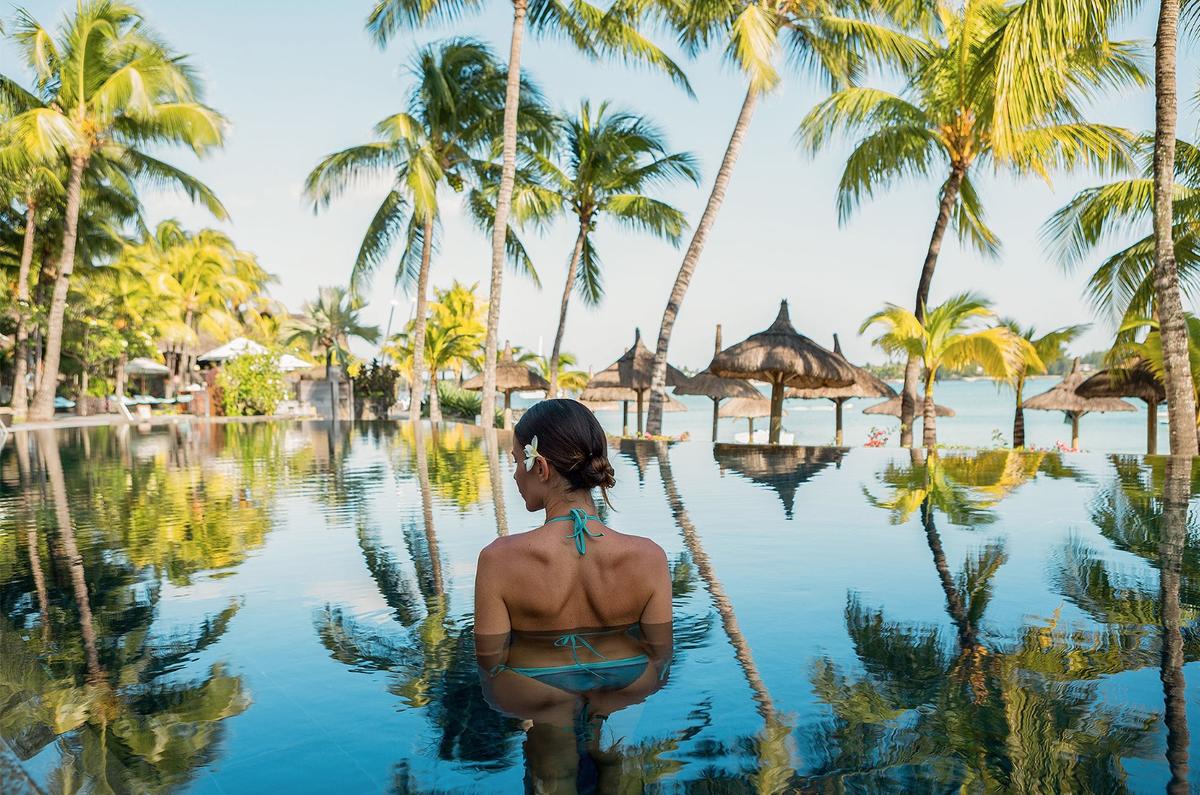 If a luxurious retreat is what you seek, you'll find it on Mauritius. Due to its remote location just off the southeastern coast of Africa, Mauritius is a hideaway that will allow you to — quite literally — run away from it all. While some of the world's leading luxury hotels and spas have made a home on the island, the island's private hoteliers have made a name for themselves as well. The Royal Palm is one of the most exclusive properties on the island and was the first hotel on Mauritius as well as in the Indian Ocean to be ranked as a Leading Hotel in the World. We wouldn't mind whiling the day away here (and we don't think you'd mind either). 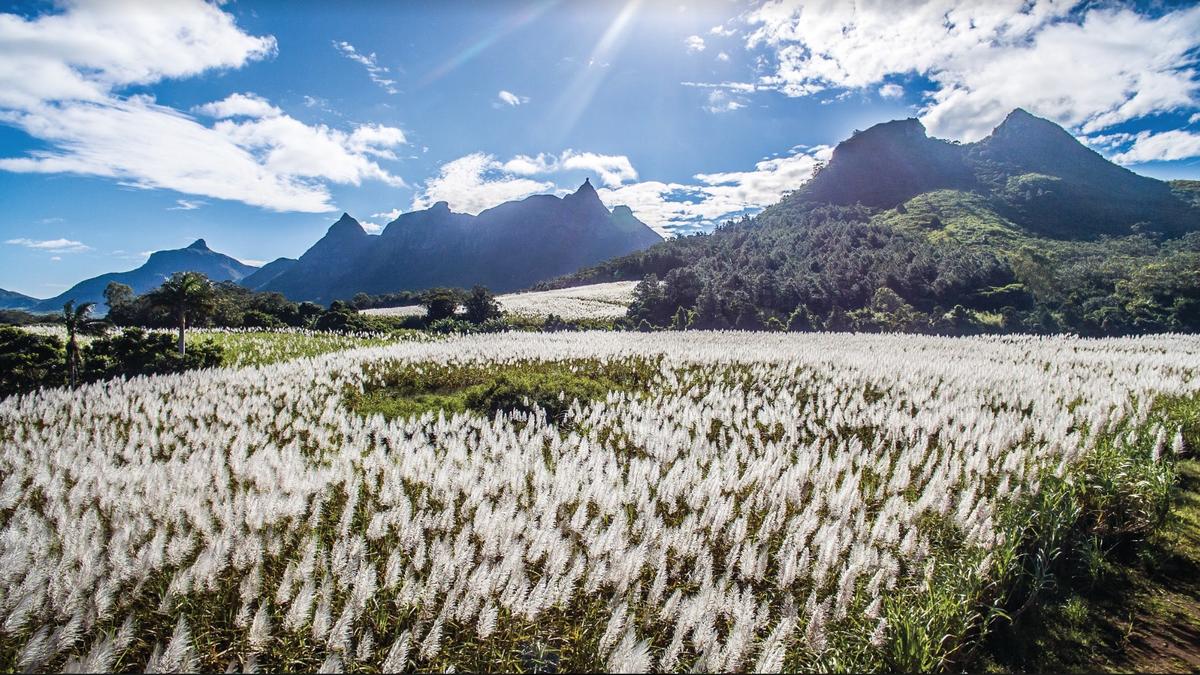 Most travelers have to choose between mountain or beach vacation destinations, but Mauritius is one of those rare gems in which you don't have to choose. The pristine beaches obviously surround all sides of this island, while mountain views and Black River Gorges National Park dominate the island's interior landscape. Travelers can literally enjoy the beach in the morning and the mountains in the evening, giving them the best of both worlds throughout their time in Mauritius. 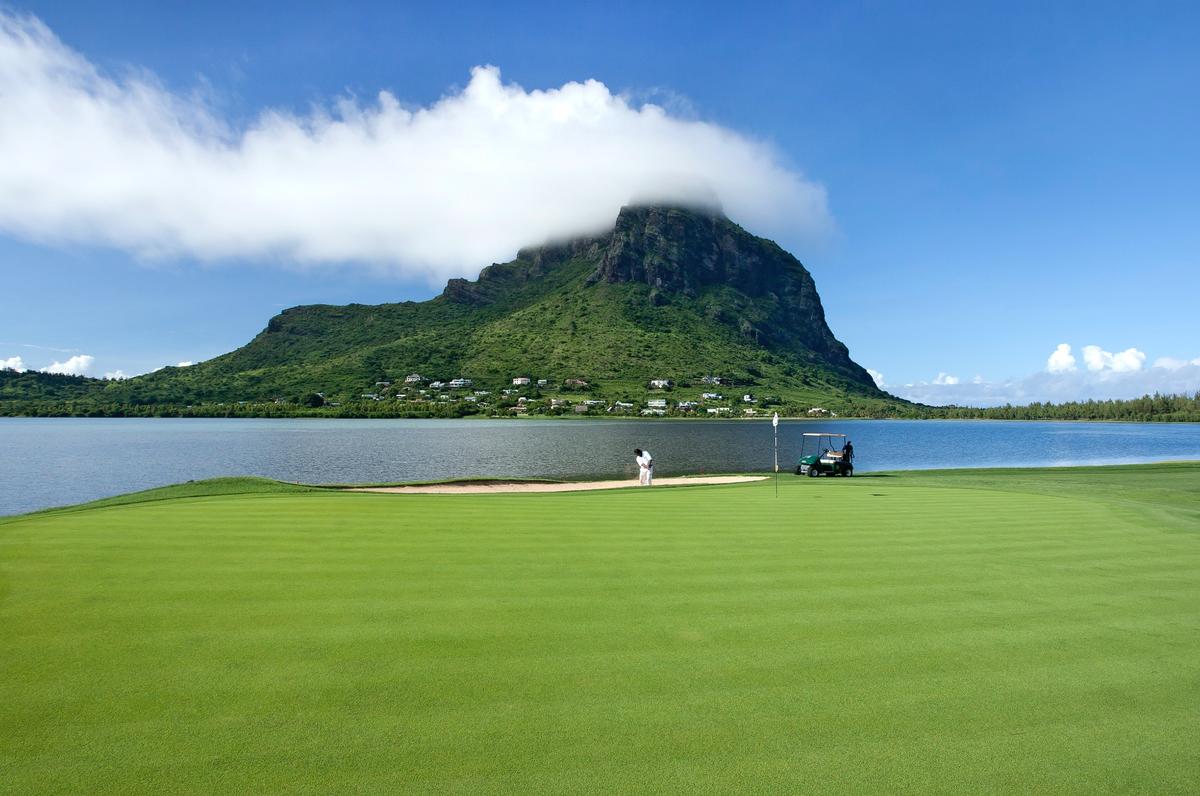 It might surprise you to learn that some of the best golfing in the world can be found smack dab in the middle of the Indian Ocean. Mauritius became the third country in the world to formally adopt the sport after it was introduced to the island in 1844 while it was still under British rule. Now, the island has eight 18-hole courses and five nine-hole courses that attract the attention of leisure and professional players from across the world. Nearly all the courses sport spectacular beach and mountain views, which means you always walk away a winner (no matter how you play that day). 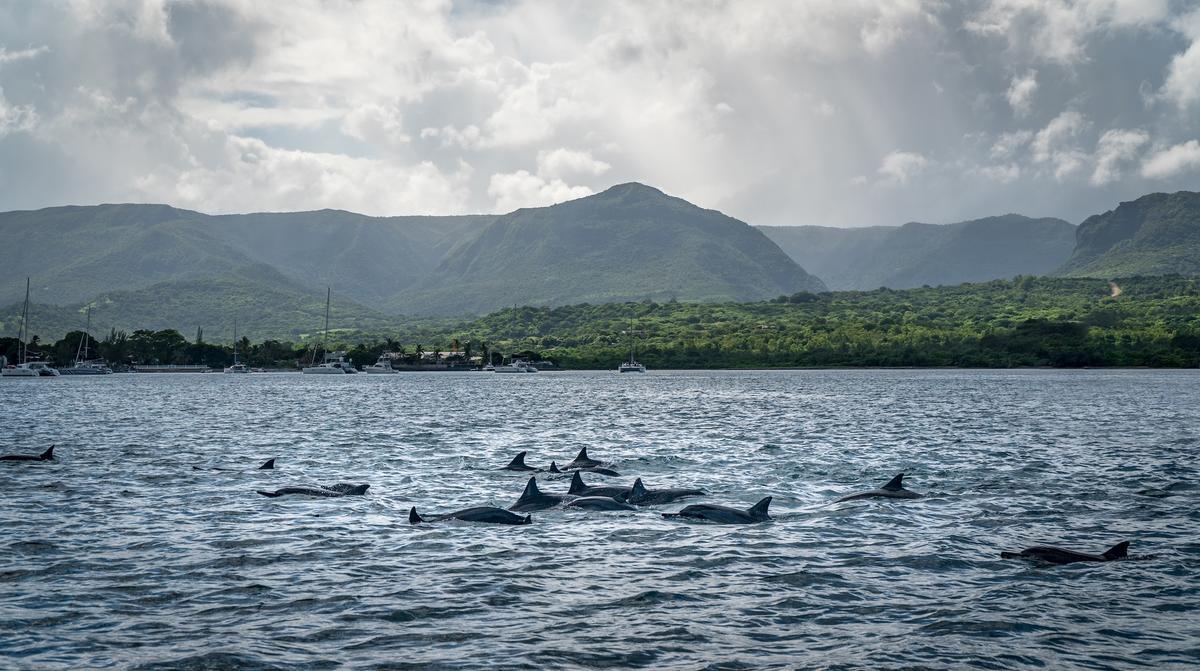 You Can Swim with Dolphins (And Whales...and Sharks)

Considered one of the best diving and snorkeling destinations in the world, Mauritius’ clear, warm waters and vibrant coral reefs create a haven for fish, turtles, dolphins and whales year-round. Guided tours for snorkeling, diving and boating are available throughout the island; however, visitors will want to pay particular attention to vendors that offer the opportunity to dive with dolphins, whales and even sharks. Dolphins, sperm whales and various type of sharks can be found in the waters year-round, while humpback whales are only in the area during their migration season from late June through early November each year. No matter which type of sea animal you dive with, we guarantee it's a bucket list moment you'll always remember. 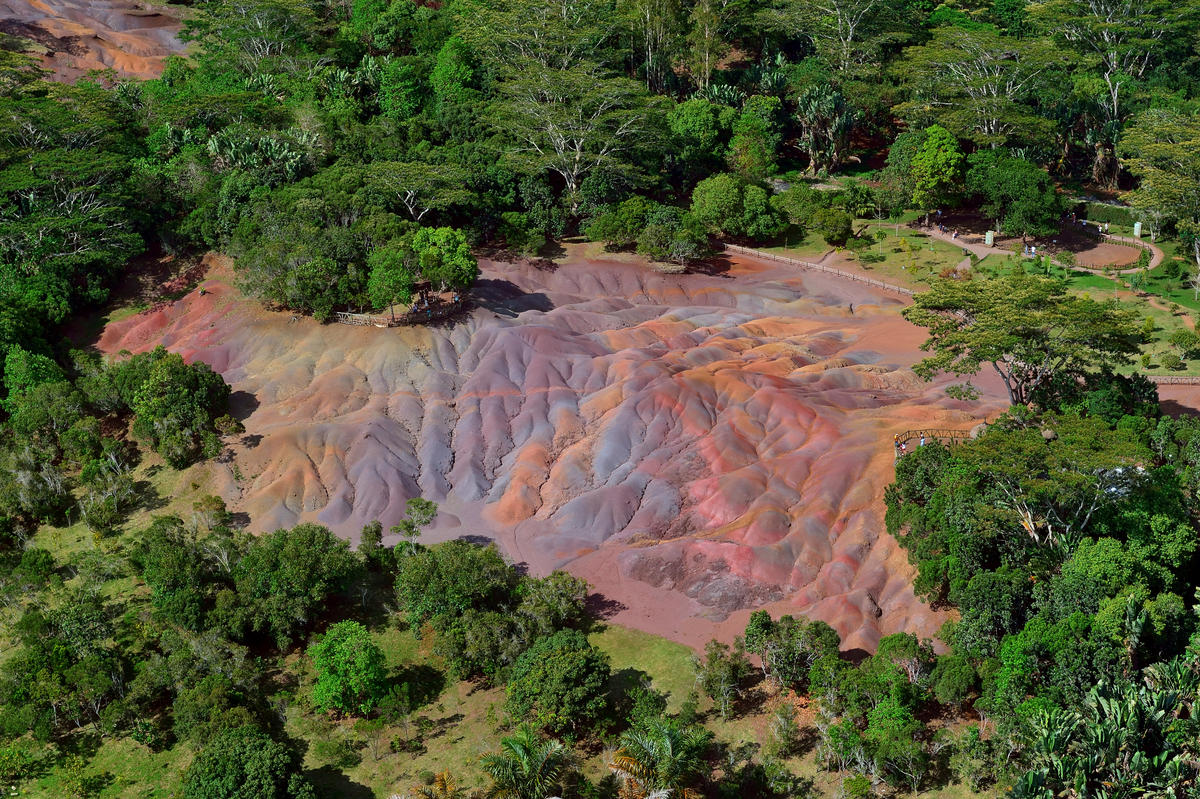 It's a Doctor Seuss Book Come to Life

It's hard not to let your imagination run wild while you're in Mauritius. Between the Seven Coloured Earth of Chamarel and the bright red Royal Poinciana trees that bloom in the spring and the summer, the lagoons teeming with fish and the palms swaying in the ocean breeze, it'll become abundantly clear to you that Mauritius is actually full of delightfully unreal landscapes. 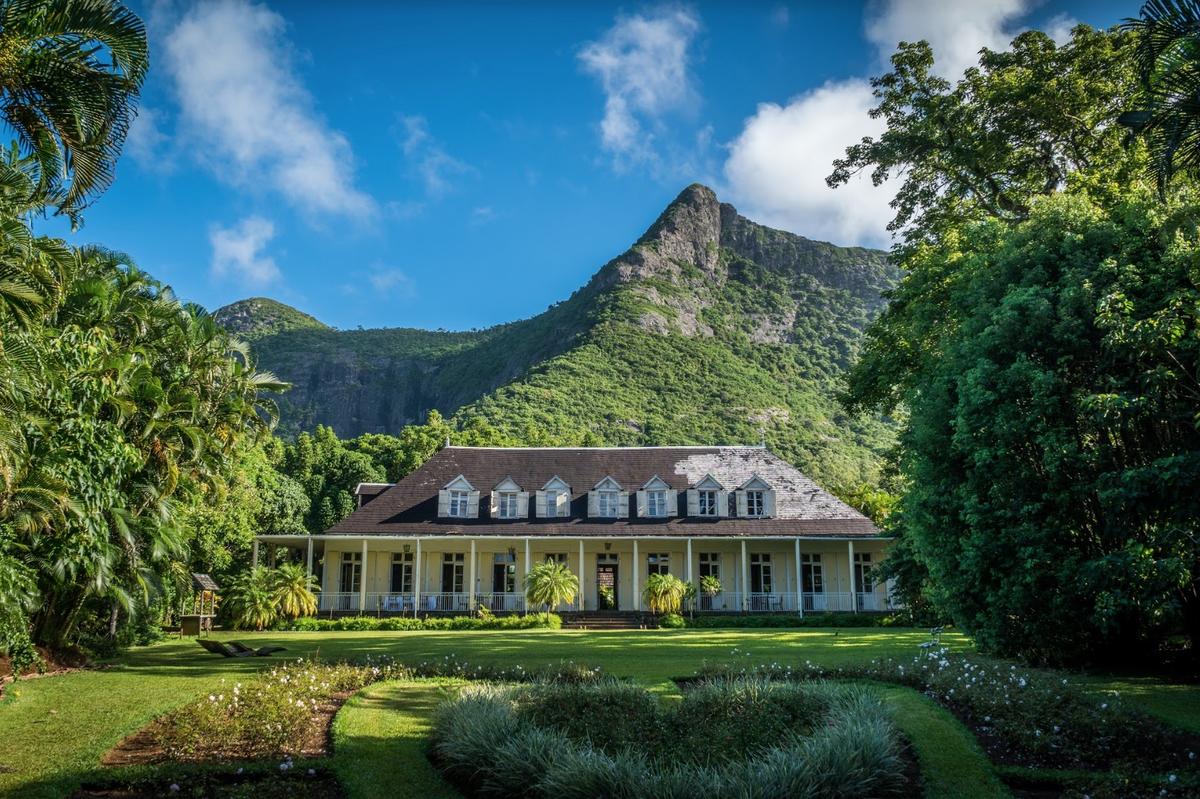 It's Great for a Long Drive

Since the 17th century, tea and sugarcane have been two of the biggest exports for the island, and the rolling fields continue to dot the landscape today. One of the best ways to take in the fields is by hitting the open road. Along the way, you'll find tropical plantation homes, soft breezes and plenty of quiet moments that will make you love Mauritius all the more.