Whether it be waterfalls, lagoons, coral reefs or beaches, the island nation of Mauritius is truly a natural paradise unlike any other. In fact, there's so much to see in the actual water that you may not spend much time on dry land. Considered one of the best locations in the world to swim with whales and dolphins, each coast of this island hideaway is characterized by a different theme for divers. The northern coast is ideal for shallow dives and snorkeling, while the eastern coast's lagoon features bright, tropical fish swimming alongside sharks and barracudas. The western coast's jagged riffs, meanwhile, are best suited for experienced divers, and the Blue Bay Marine Park dominates the southern coast. Ready to dive in? Here's a break down of what to see — and where you should go — while diving in Mauritius. 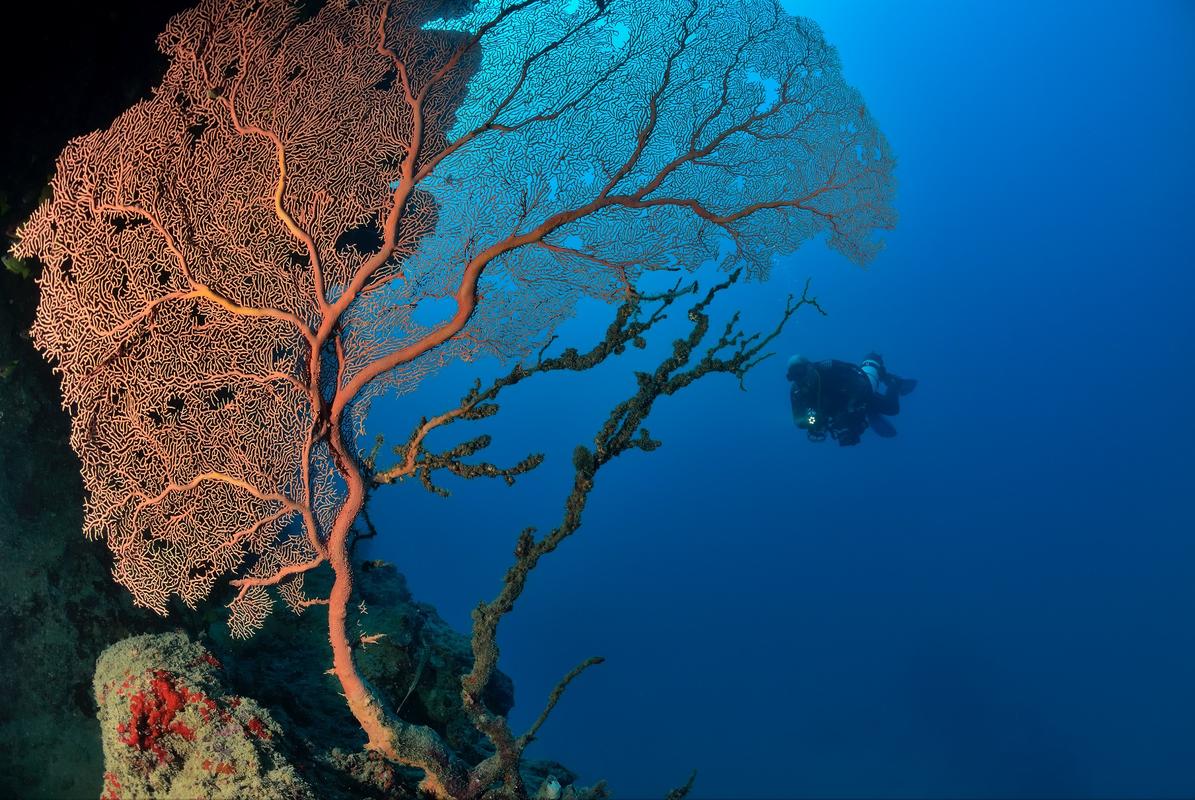 Don't worry, there are no snakes here — just eels, which are perhaps the ocean's version of snakes. Pegged as one of the most popular dive spots on the island, Snake Reef is a true underwater safari in Flic en Flac just off the western coast. Perfect for photo ops at practically every turn, the reef is bursting with color and small boulders and arches that are perfect for countless tropical fish to dart through and under. To add to the magical, kaleidoscope effect, the sponges, coral and reef fish (like the clownfish which you may know as Nemo) are all brightly colored and easy to spot. 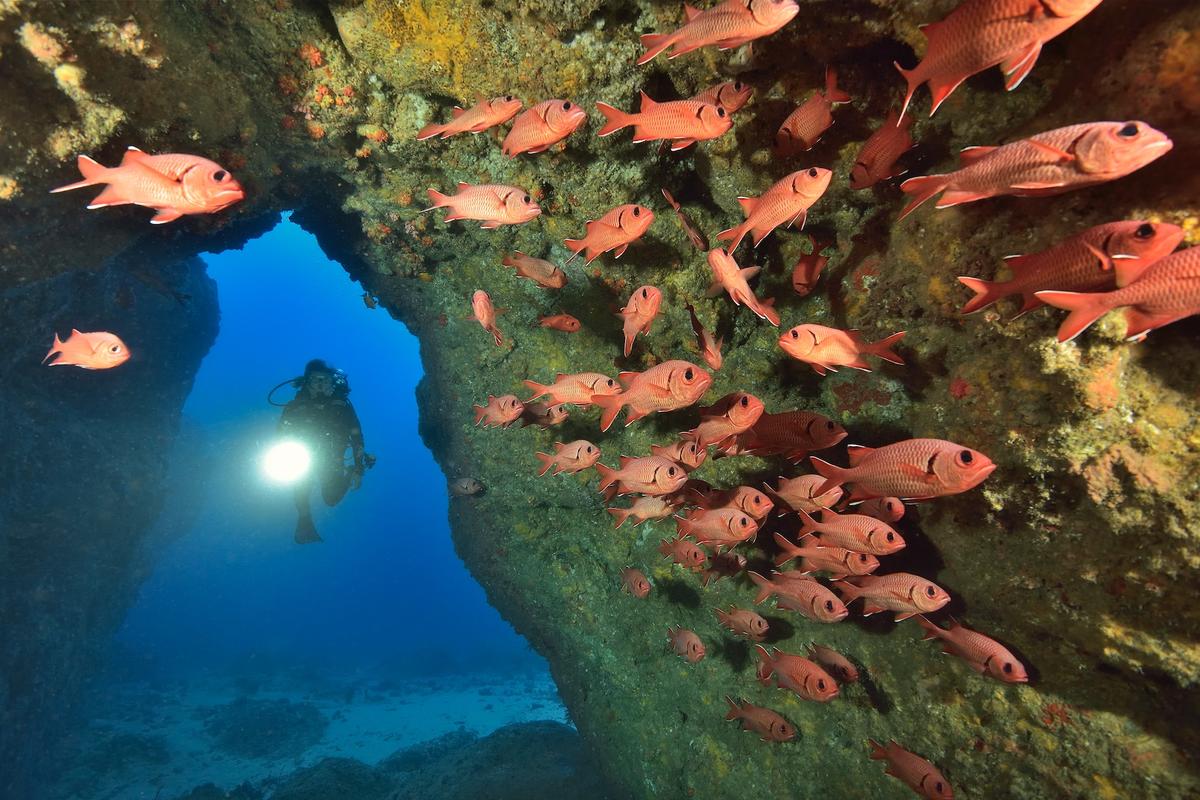 Also located on the west coast just a 15-minute boat ride farther inland of Snake Reef is the Cathedral, where you'll get your fair share of cavities (don't worry, not the dental kind) and arches. Much like the cavernous innards of a church, there is a lot to explore here. Complete with reef fish, lobsters, and tunnels and inlets, Cathedral is definitely not a place for beginners but those with serious diving experience.

A fascinating fact about Mauritius is that some of its most famous reefs are artificial, like the Stella Maru Wreck. There isn't a dramatic story behind the sunken ship because it was supposed to sink all along. The trawler ship was put in its final resting place back in 1987 as part of the Mauritius Conservation Society's plan to create another artificial reef for environmental sustainability purposes. What is fascinating about this wreck though is that the ship is completely vertical in the water. Other wreck dives to check out include the Silver Star Wreck, the Sirius Wreck and the Djabeda Wreck. 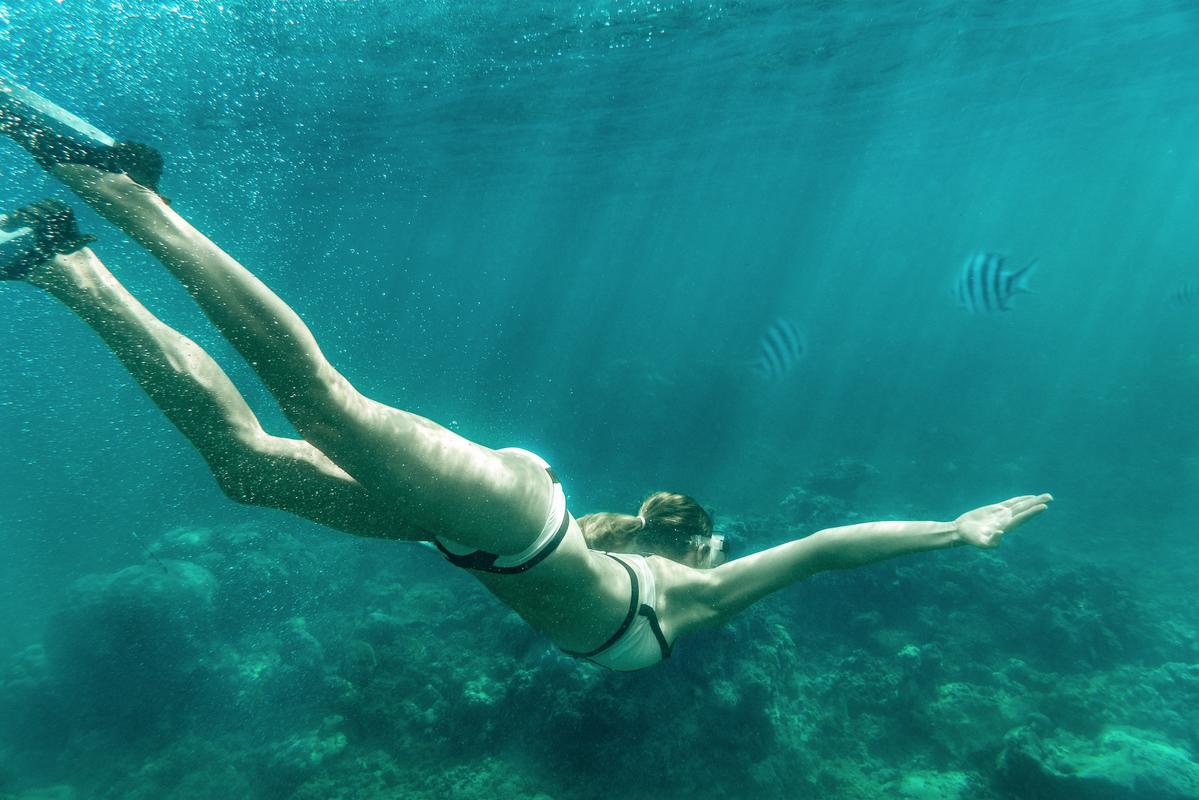 Perhaps the top spot for snorkeling on the island is Blue Bay Marine Park in the southeastern corner. Known for its shallow waters and large lagoon, Blue Bay is one of the nicest beaches on the island, and it's not uncommon to be able to see the tropical fish and coral just a few feet from the shoreline. It's estimated that some 40 different types of coral can be found in this area, which is just one reason why Blue Bay is a protected marine sanctuary. Tour providers on the beach offer equipment rentals, so you can head out straight from the beach with your snorkel for a closer look.

If you're looking for an underwater safari, Passe St. Jacques is the place to go. A very popular destination for divers of all experiences, this a drift dive, which means you can start in the calm shallows of the lagoon and work your way out past rock formations and reefs. As the current lightly pulls you along, common wildlife sightings include reef sharks, eagle rays, stingrays, turtles and barracudas — and that's just the beginning! If you would like to see sharks and other predators, plan to (safely!) dive during an outgoing current when they are most likely to be seen patrolling the pass. 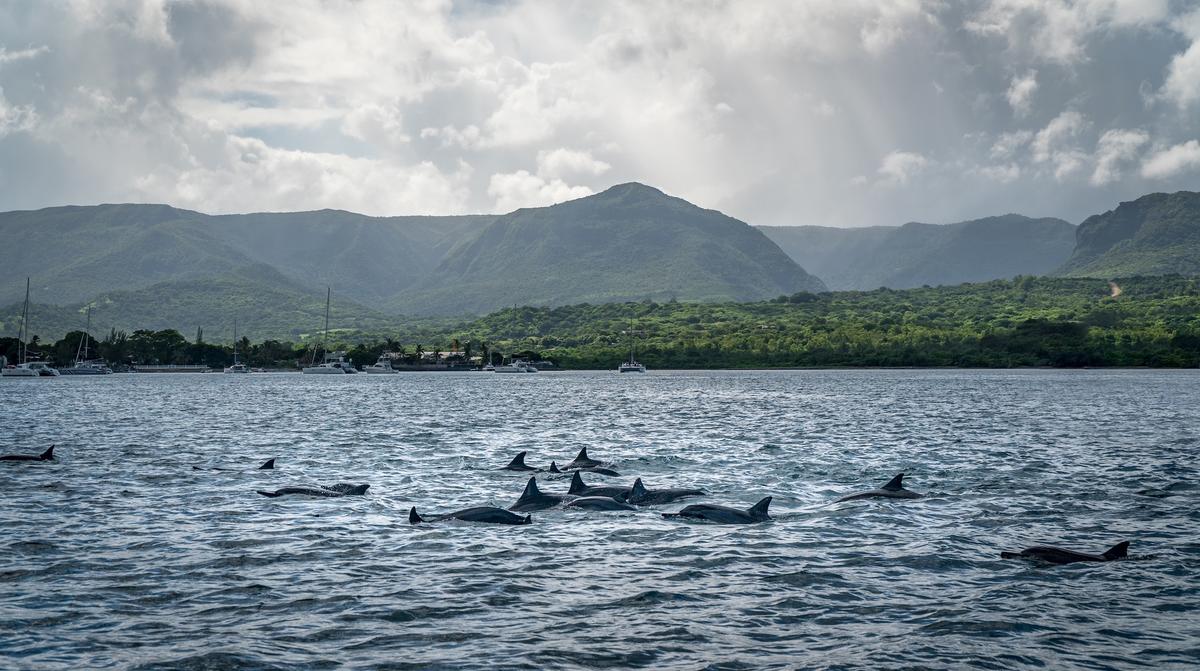 Just as curious about onlookers as they are of them, entire pods of dolphins and sperm whales can be seen playing in the warm waters off the island's west coast, making it a true gem for divers and snorkelers. From late June through early November, divers can also swim with humpback whales as they migrate from Antartica. For the best experiences, divers should plan to go out with a designated tour company. Not only will these guides ensure you safely encounter these animals, but you'll also be able to learn more about their behavior and habits while on the excursion.

7 Reasons Mauritius Should Be Your Next Beach Vacation