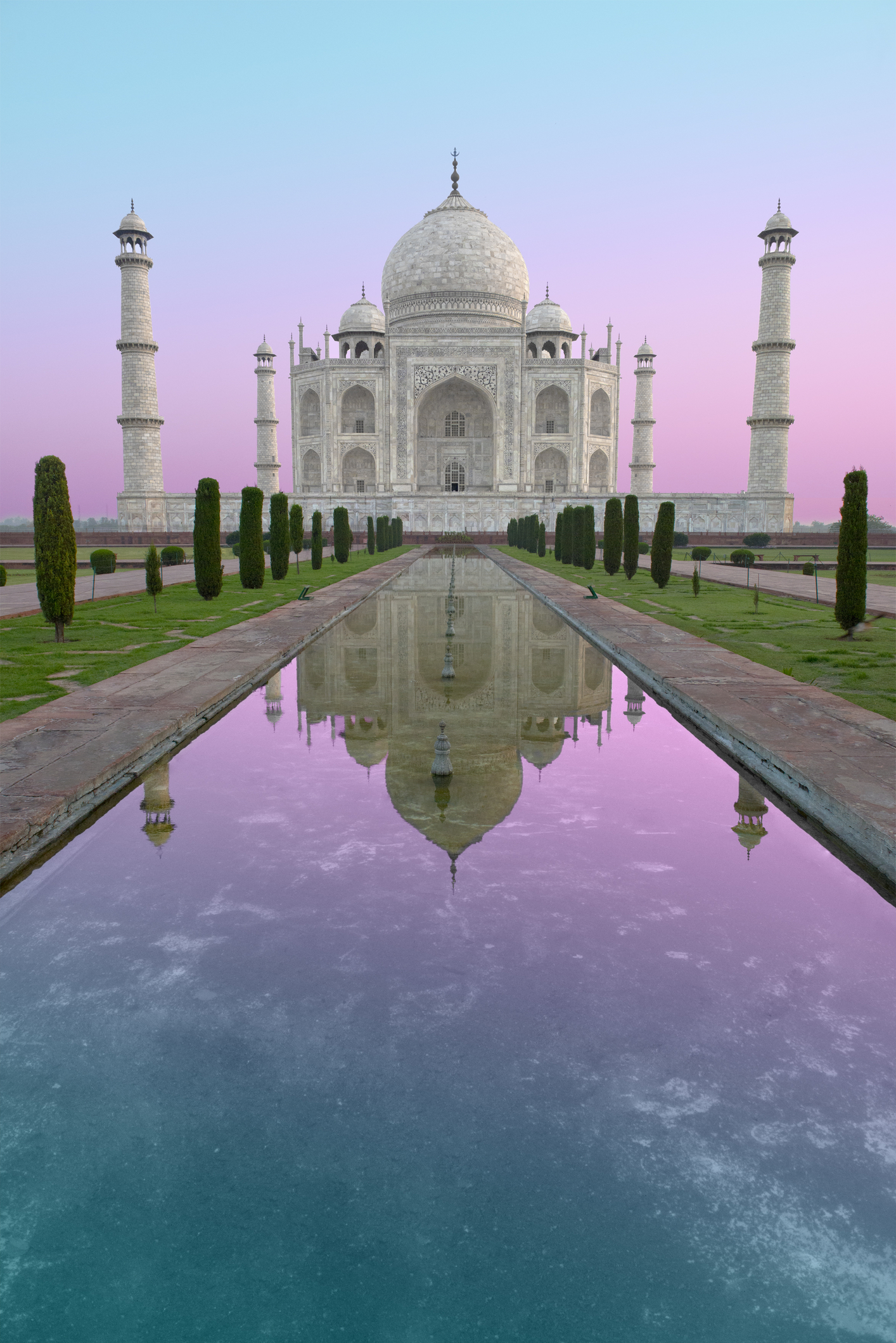 Call it the epitome of love. Emperor Shah Jahan built the white marble Taj Mahal in Agra, India, as a tribute to his wife Mumtaz Mahal, who died after giving birth to their 14th child. Shah Jahan promised to never remarry and to build a grand mausoleum over her grave. And that he did with the Taj Mahal.

The elegy in white marble has been called the expression of a dream. The Taj Mahal stands on a raised square platform with truncated corners to form an octagon. Ustad ’Isa, a renowned architect at his time, designed the structure, which lore says took 22 years and 20,000 workers to complete in 1648. Craftsmen from Delhi, Qannauj, Lahore and Multan added their talents, along with Muslim craftsmen from Baghdad, Shiraz and Bukhara who worked on specialized tasks.

The central dome rises 213 feet with a 58-foot diameter. Four subsidiary domed chambers flank it. Up close, you can see inlaid flowers and calligraphy decorated with agate and jasper. Each of the main archways contains passages from the Holy Qur’an chiseled into the pattern. Panels of Islamic decor adorn the walls of the central and adjoining chambers.

The mausoleum is just a part of the complex. An elaborate garden with reflecting pools and gateway greet you as you walk up. To the left sits a mosque, to the right, a guest house and behind, the Jamuna River.

As the sun rises and sets, the beauty of this architectural wonder of the world cannot be described in words. On foggy mornings, the Taj Mahal appears to float, while at night, it glows under the full moon. Pictures rarely capture its beauty in person. The interlocking Arabesque design ensures that each element stands on its own yet integrates with the main structure. Symmetry and self-replicating geometrical patterns lend to its beauty.