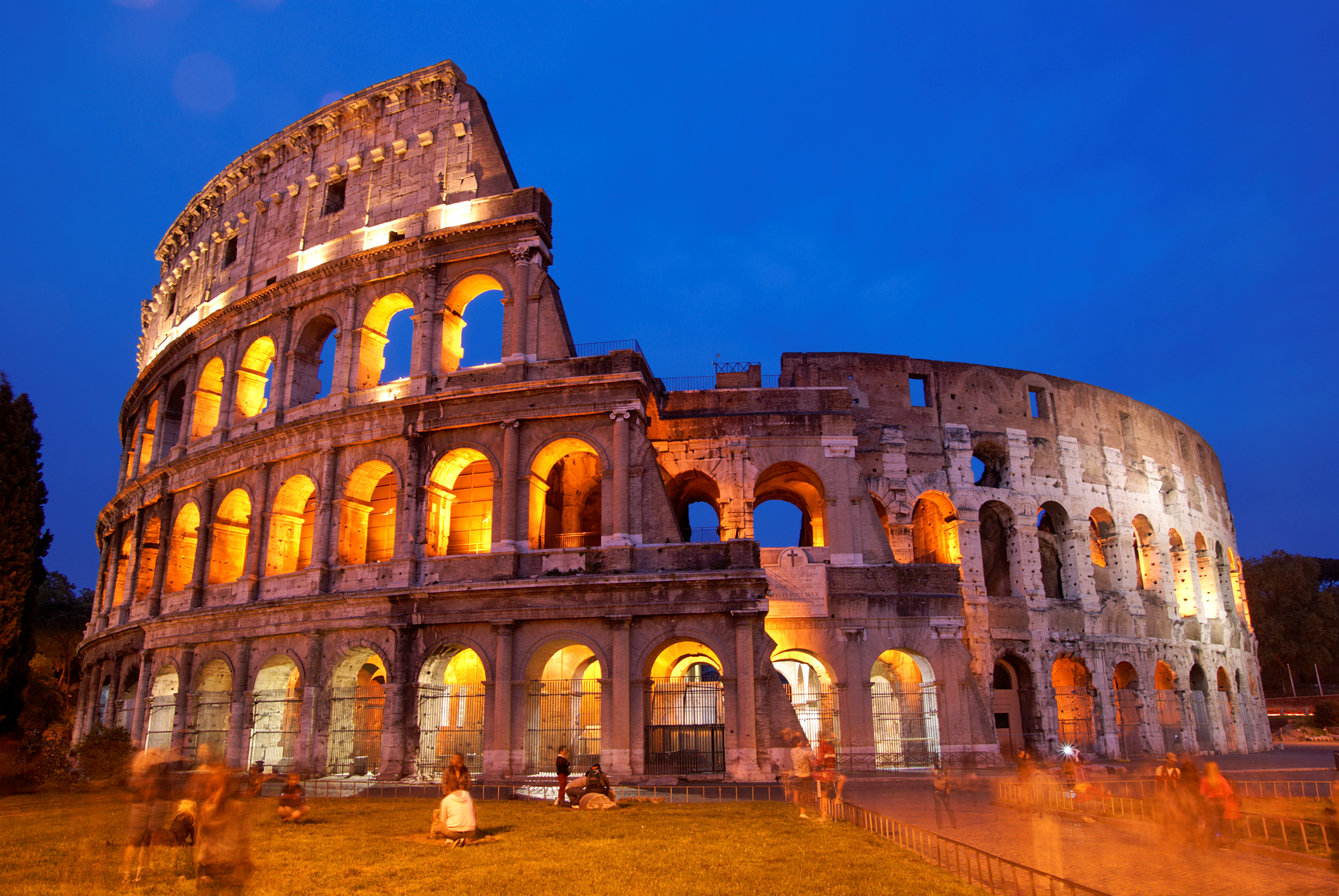 Even 2,000 years after it was built, the Colosseum (Colosseo) in Rome stands in partial ruins as a testament to the Roman Empire. For nearly 500 years, gladiators reconstructed famous battles and animal hunts to entertain the masses.

After Nero’s extravagant lifestyle, Rome went through a series of military uprisings that left the empire in civil war in 64 AD. Vespasian became emperor five years later and to win over the citizens, built a pleasure palace for the masses on the site of Nero’s former palace. And to make a statement, the amphitheater was capable of holding up to 50,000 spectators. The empire eventually had more than 250 of these structures, but the Colosseum was the largest.

Construction on the Colosseum started in 72 AD and finished a year after Vespasian’s death eight years later. The site contains the Golden House and nearby Colossus statue of Nero, which gave the site its name. The elliptical building stood 159 feet in height with 80 entrances. Prominent citizens watched the games from the bottom level, while special boxes at the north and south ends of the arena provided the best views for the emperor and the vestal virgins. Overhead, the velarium, an enormous awning, shaded the Colosseum. More than 1,000 men installed this piece alone.

The six-acre facility is 615 feet long and 510 feet wide. The outer wall of the amphitheater required more than 131,000 cubic yards of travertine stone set without mortar. Instead, they were held together by 300 tons of iron clamps.

Originally, the Colosseum entertained the masses with free games held over days. They started with comedy acts and displays of exotic animals and ended with fights to the death between animals and gladiators or between gladiators, usually slaves, prisoners of war or condemned criminals. By some accounts, 500,000 people and more than a million wild animals died in these games.

To inaugurate the Colosseum, Titus, Vespasian’s successor, held 100 days of games in 80 AD. Some estimates says that more than 9,000 wild animals were slaughtered. The structure remained in use for nearly 500 years with the last recorded games held in the 6th century. Later, it was used for housing, workshops, quarters for a religious order, a fortress, a quarry and a Christian shrine.

As it stands now, nearly two-thirds of the original has been destroyed by fires, earthquakes and theft. The southern side of the Colosseum fell during an earthquake in 847, while parts of the building, such as the marble facade, became material for later monuments, such as St. Peter’s Basilica.