Whether you run into an old Maine Coon napping at a bookstore, stumble upon a scruffy tuxedo wandering the streets or snuggle up with the resident tabby at your hostel, encounters with cats are bound to make you smile. They may not be known as man's best friend, but there's a certain charm and calm that comes from the purr of a kitty. Befriending foreign felines doesn’t have happen by pure randomness though, beyond cat cafes, you can increase your chances of meeting a friendly feline by adding a few key spots to your travel agenda. 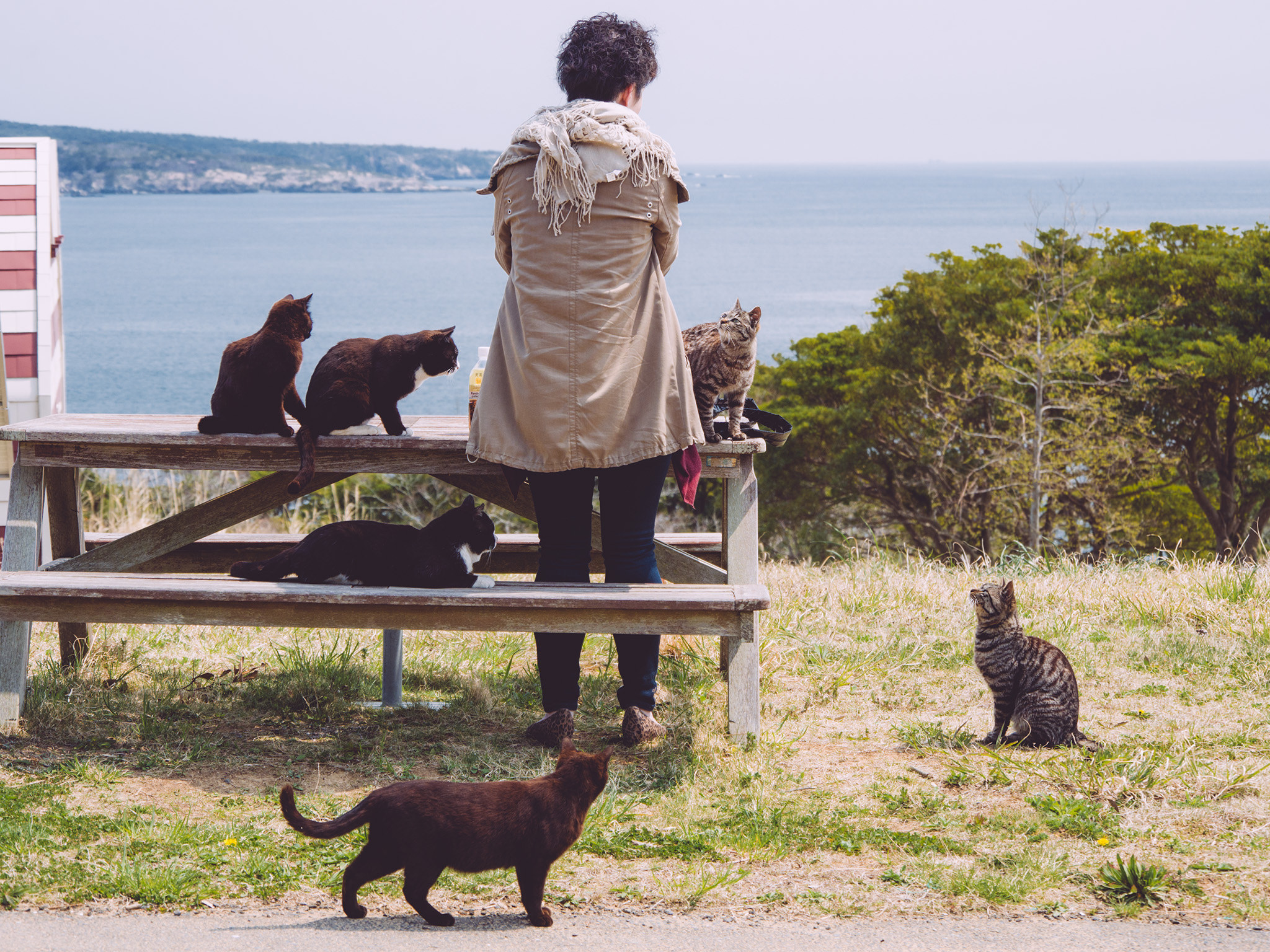 An hourlong ferry from Ishinomaki, hundreds of cats freely roam the roads of this rural island where the roughly 100 residents not only care for the felines, they revere them. Fisherman on the island feed them bits of seafood in hopes of good luck for the day’s catch. Locals have also built cat shrines, memorializing their four-legged friends who may not have made it to their nine lives. Visitors who wish to befriend these felines can stay in whimsical cat-shaped vacation homes on the island. 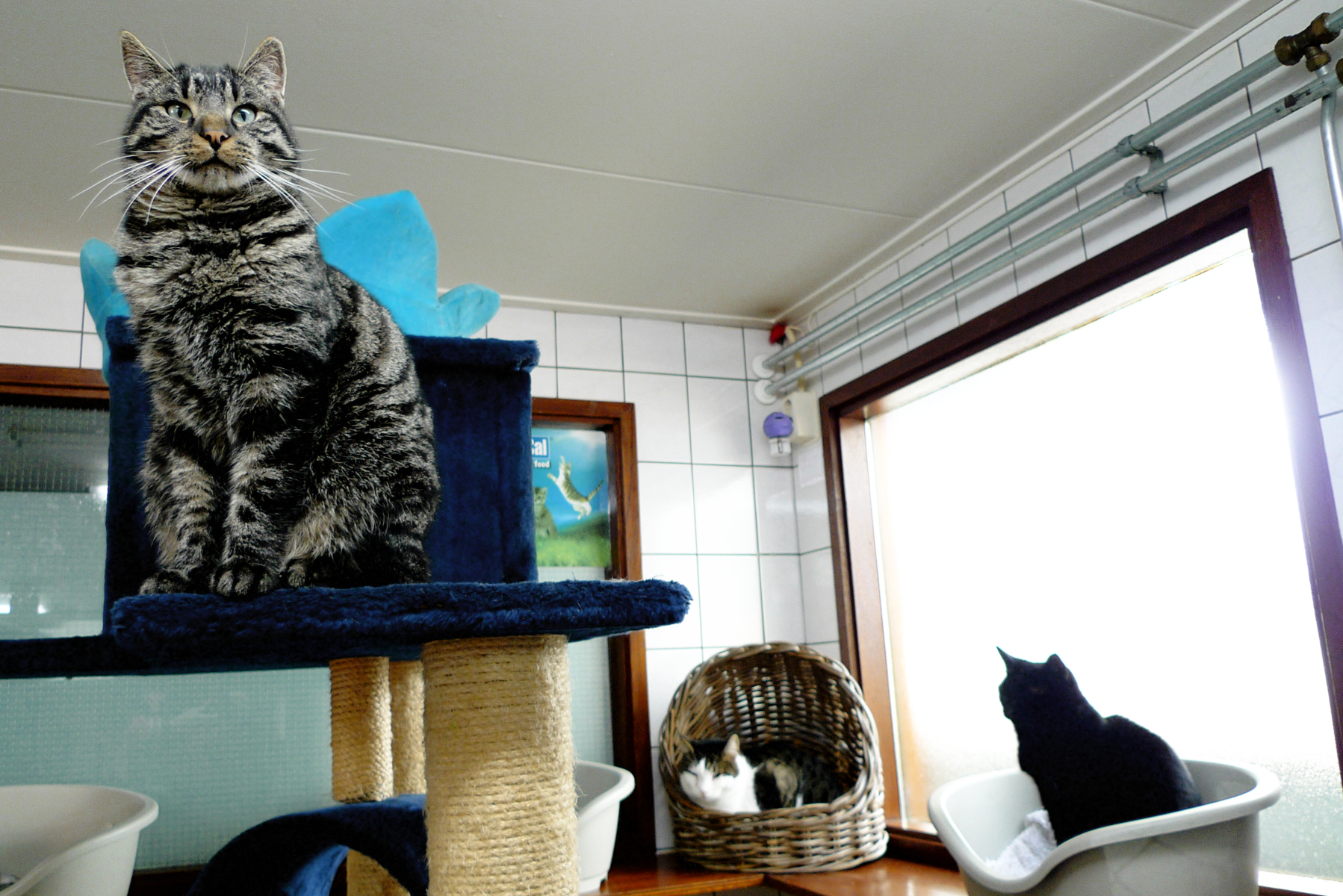 “Most cats hate water, but ours learn to love living on it,” boasts the website for the Catboat, a famous floating feline haven in Amsterdam’s canal belt. Now a world-famous animal sanctuary, the Catboat has rather humble origins, started by one woman, Henriette van Weelde, who adopted a cat family she found near the Herengracht canal in 1966. As she began to shelter more and more strays, she realized she’d need more space for the growing cat colony who had taken over her home, roof, and garden. Inspiration struck when she saw how comfortably people lived on houseboats and thought, “Why not cats?” Her feline-fitted vessel provides a sanctuary to dozens of kitties and traveling volunteers in need of cuddles. 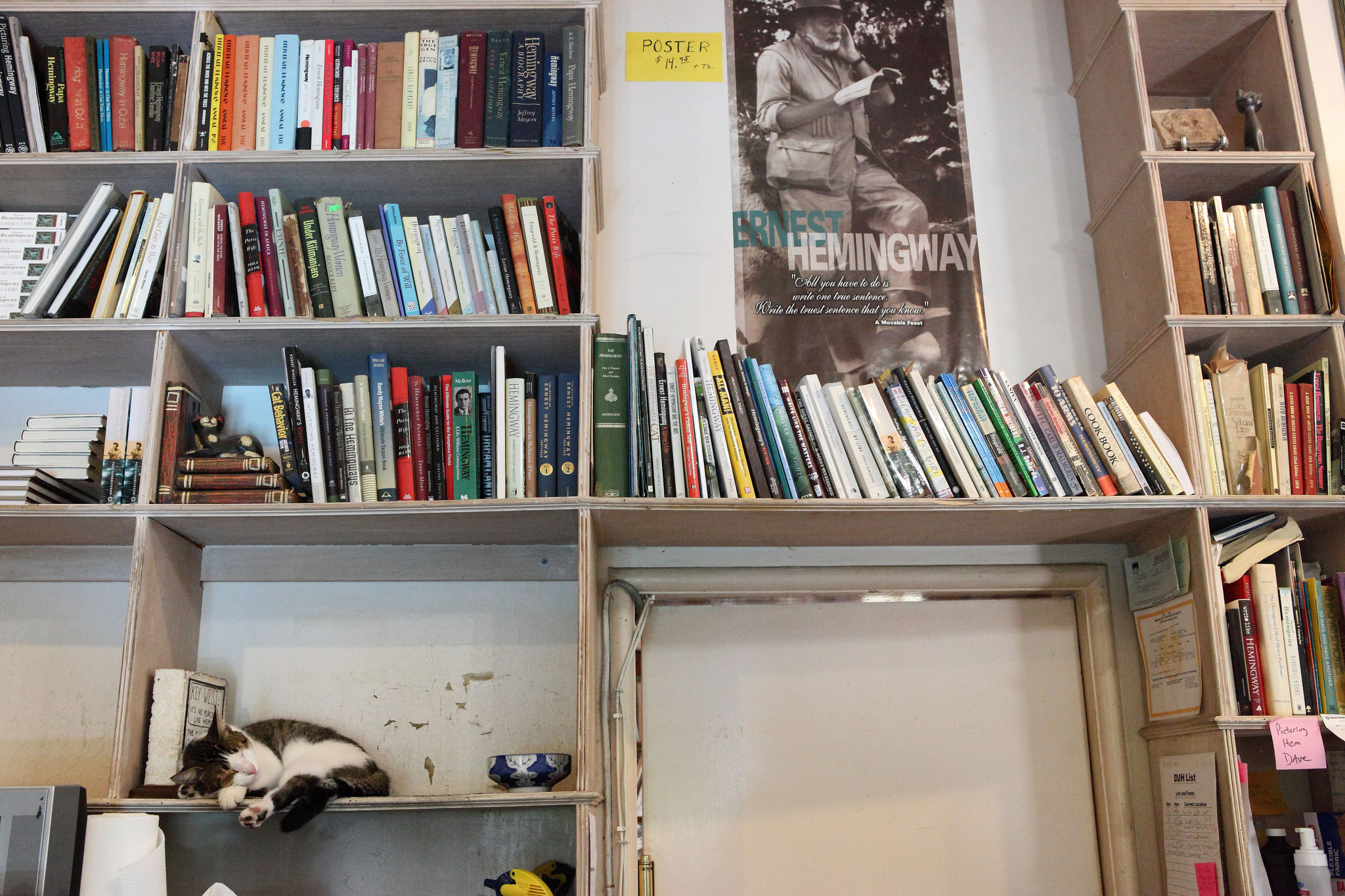 From T. S. Eliot to Mark Twain, writers throughout history have found their muse in cats. This tradition lives on at Ernest Hemingway’s preserved home in Key West, Florida, where 40-50 six-toed cats comfortably reside. The feline residents are descendants of Snow White, Hemingway’s beloved polydactyl cat. Just as Hemingway often named his four-legged friends after famous actors and artists, contemporary cats at the Hemingway Home have distinguished monikers like Elizabeth Taylor and Charlie Chaplin. 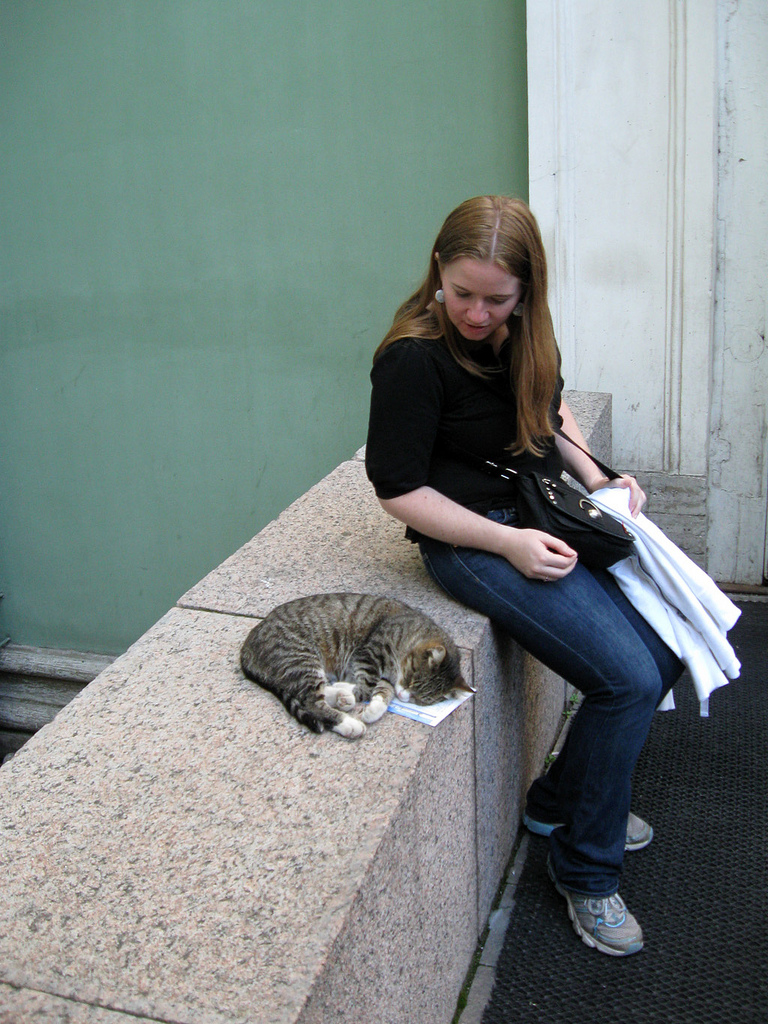 As if da Vinci paintings, Michelangelo sculptures, and Matisse masterpieces weren’t reason enough to visit the Hermitage Museum in St. Petersburg, encounters with more than 50 well-fed felines offer an added bonus. Although the cats have resided in the palace since 1745, they aren’t allowed in the galleries so you’ll have to go on a little scavenger hunt to find one, venturing into the basement, visiting the staff offices, or wandering through courtyards. 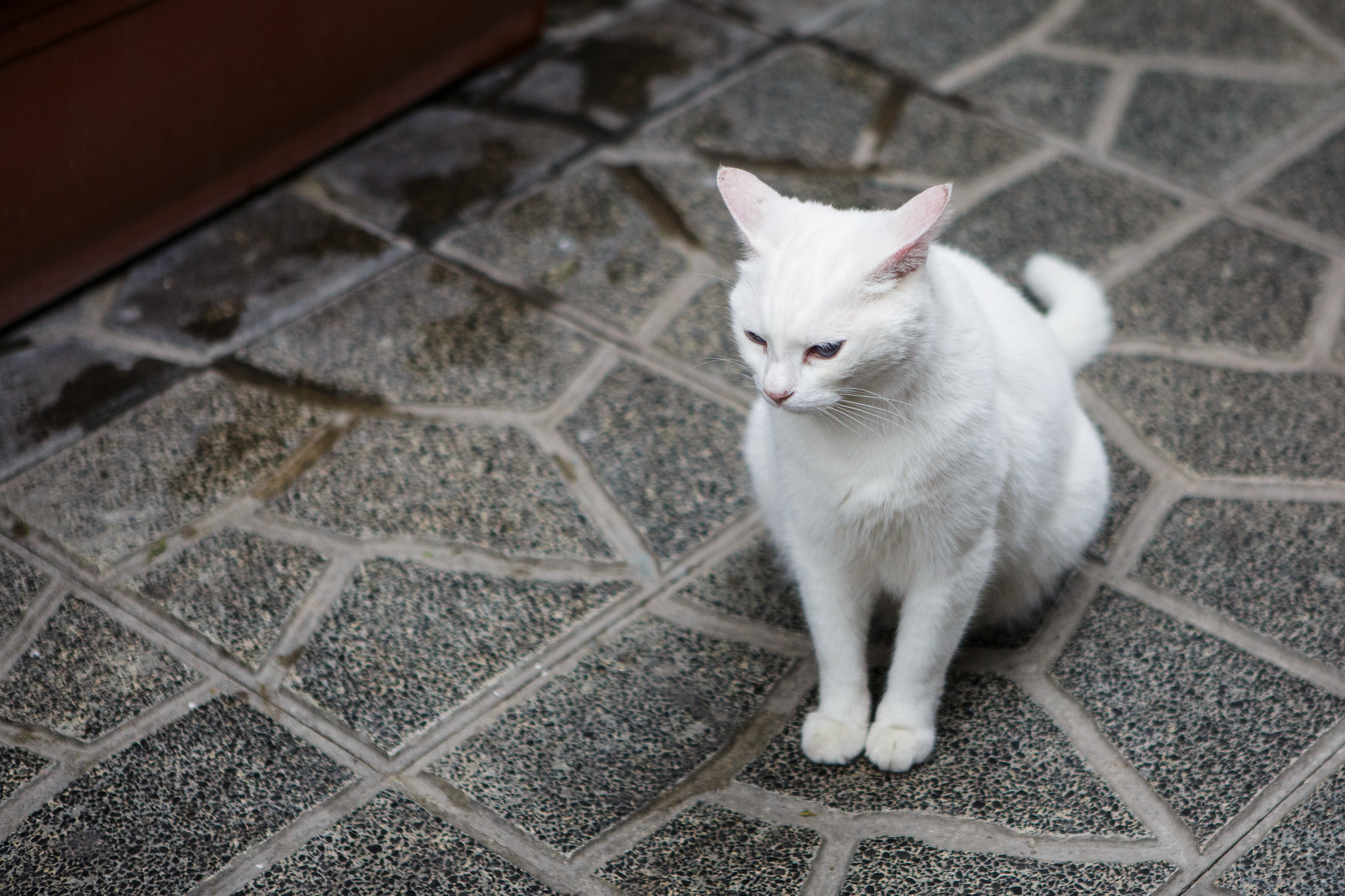 While it’s always a treat to run into a friendly feline on your travels, sometimes you want to do more for catkind than offer a scratch and a treat. Torre Argentina Cat Sanctuary invites volunteers to improve the lives of more than a hundred abandoned and disabled felines in Rome. Not only will you tidy up the cats’ home and offer some much needed affection, you’ll do it all in a place with a fascinating history (the very place Julius Caesar was stabbed by Brutus) and ancient ruins worth a closer look.