In America, we're accustomed to the four "major" sports, baseball, football, basketball, and hockey, with tennis, golf, soccer, and racing earning their fair share of love from the public. You'd be hard-pressed to find someone stateside who understands the intricacies of rugby or cricket, though you know these international games exist. What you may not know is that there's an incredible amount of sports being played around the world that are completely unrecognizable (and very weird) in the eyes of the average American.

Most sports in the U.S. are played with a ball (and occasionally a puck), so when you see a goat carcass being dragged into the "end zone" or actual explosives being targeted, you may very well feel bewildered and confused. But, then again, try explaining the rules of NFL to anyone outside of America. 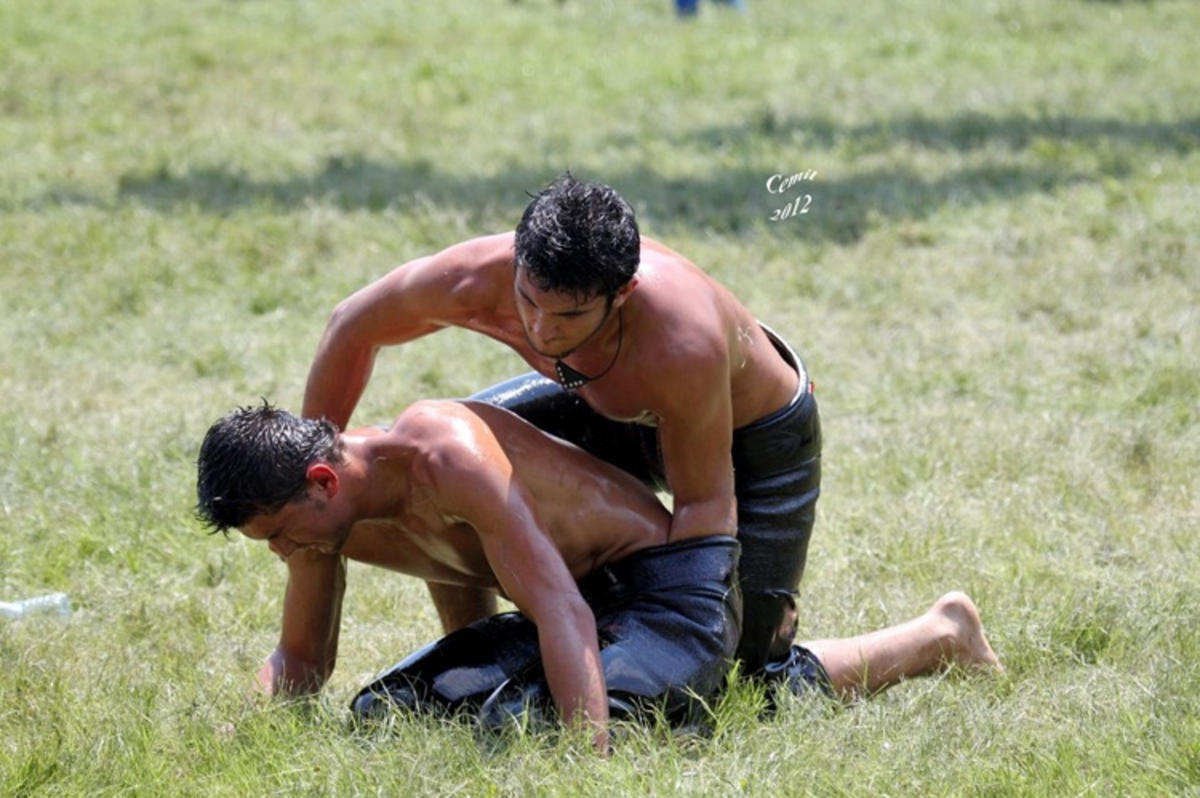 Believe it or not, the longest continuously running, sanctioned sporting event in the world takes place in Edirne, Turkey, an oil wrestling tournament called Kırkpınar that was first held way back 1362. If you google it, the images you find may shock you with their provocativeness. These men (it's a male-only sport) get down and dirty, grabbing literally anything they can hang onto. As if that wasn't strange enough, the wrestlers are responsible for oiling each other up before matches as a sign of mutual respect (in case you were wondering, they use olive oil). The rules are somewhat complex and differ from Olympic wrestling, with the kispet (shorts made of animal hide) playing a pivotal part in who wins aka whoever accidentally gets depantsed first. 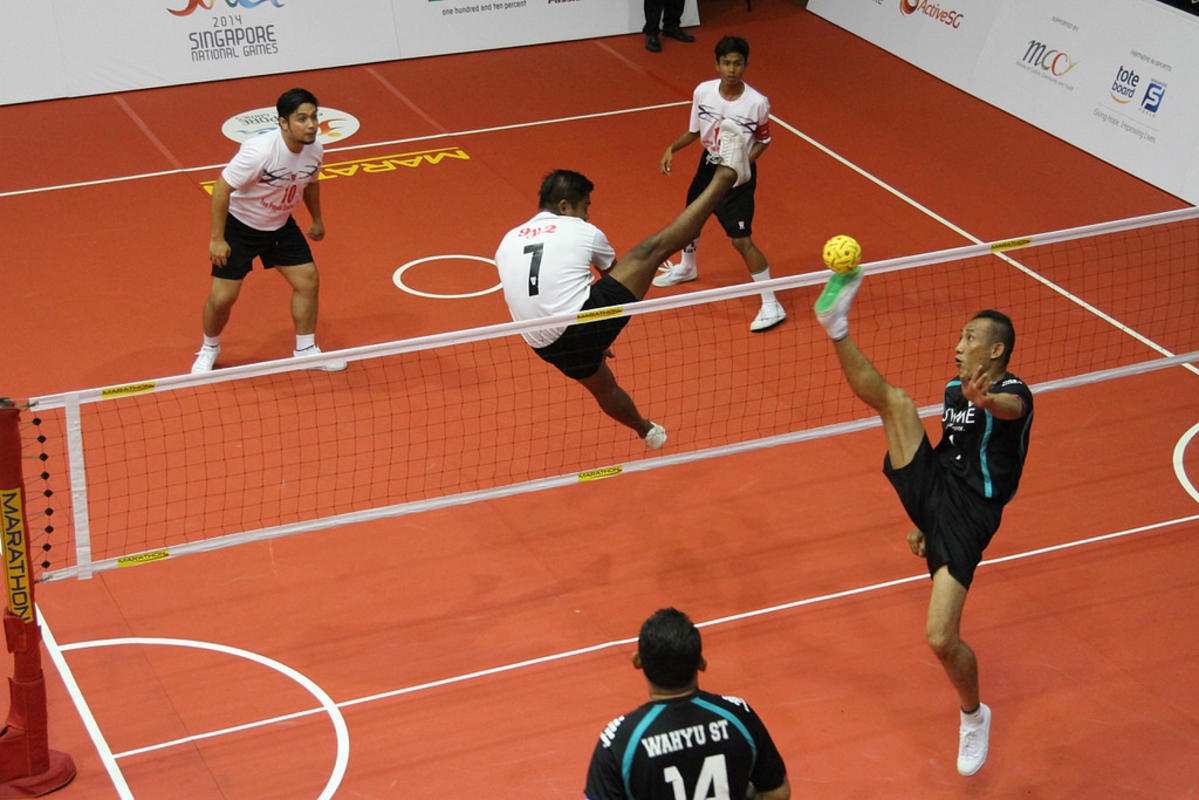 Imagine a game that looks like volleyball, except instead of using your arms and hands to hit the ball, you have to use anything but. That's what you'll find in the Philippines, where the national sport is sepak takraw, sepak coming from the Thai word "kick" and takraw coming from the Malay word "woven ball." The game is played all across Southeast Asia, showcasing the athleticism and insane feet, leg, and chest muscles the players need to maneuver. The rattan ball is smaller than a typical volleyball, and there are just four players per squad on the court at a time. 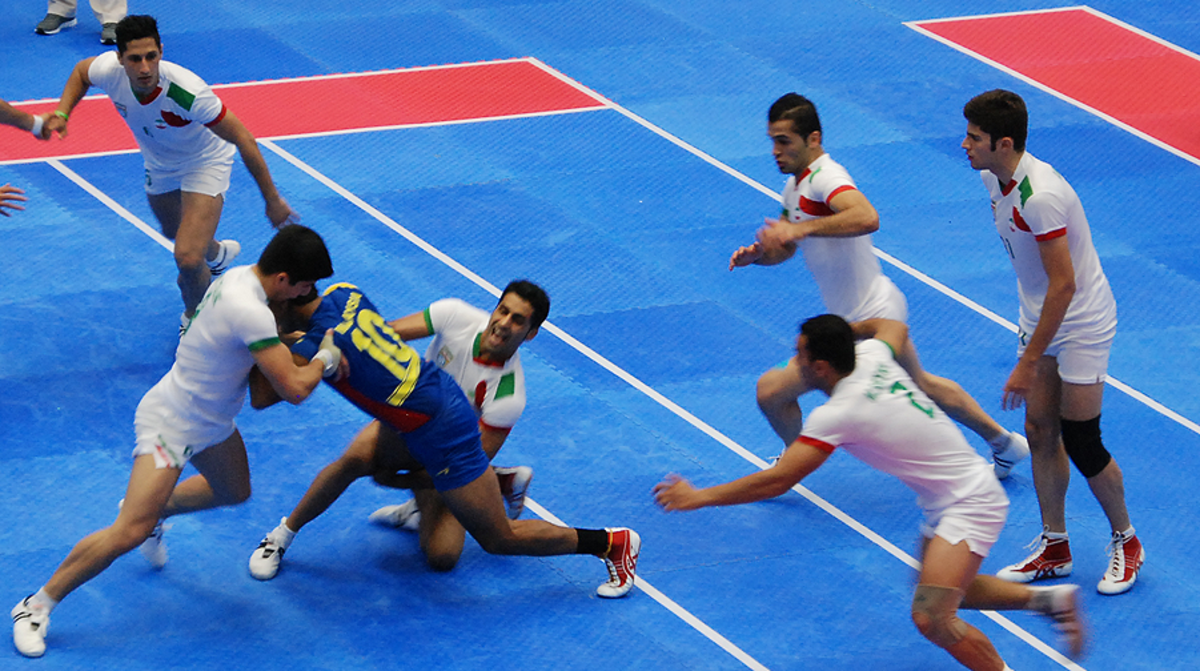 The national sport of Bangladesh (and several states in India) is often called by its traditional name, hadudu, which involves one player (the "raider") holding his or her breath while trying to tag members of the opposing team before being tackled to the ground. The raider must inhale before running toward the opposing zone, while the other team hopes to score points by wrestling the raider to the ground before he can exhale. Sound complicated? Take a peek at this video of a recent World Cup of Kabaddi and you'll get the idea pretty quick. 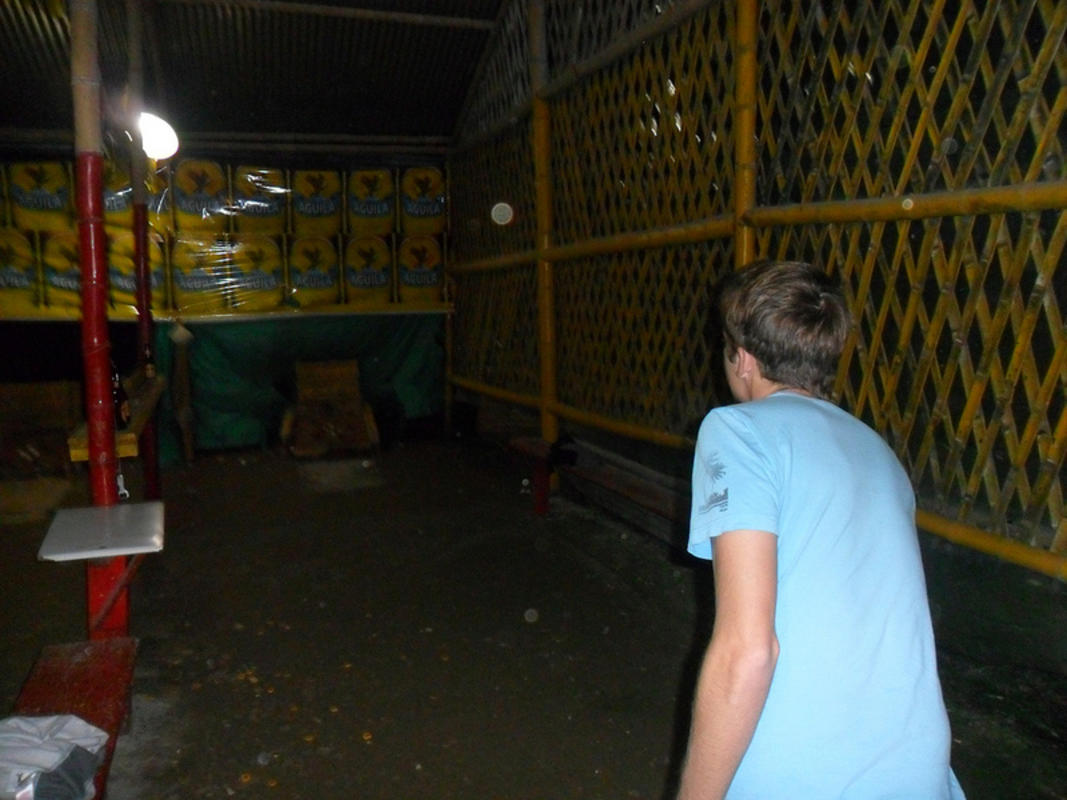 Tejo is similar to the American lawn game cornhole, only instead of using a beanbag, players toss a 1.5 pound metal puck (the tejo) at explosives, raucously cheering as they blowup. Set in a 45-degree angle, the target is laced with gunpowder ensuring they make a satisfying pop when struck. As if that weren't enough to make you want to play, there's another fun element to tejo: drinking lots and lots of beer. It's not exactly required, but it's pretty much woven into the fabric of this Colombian game of aim. 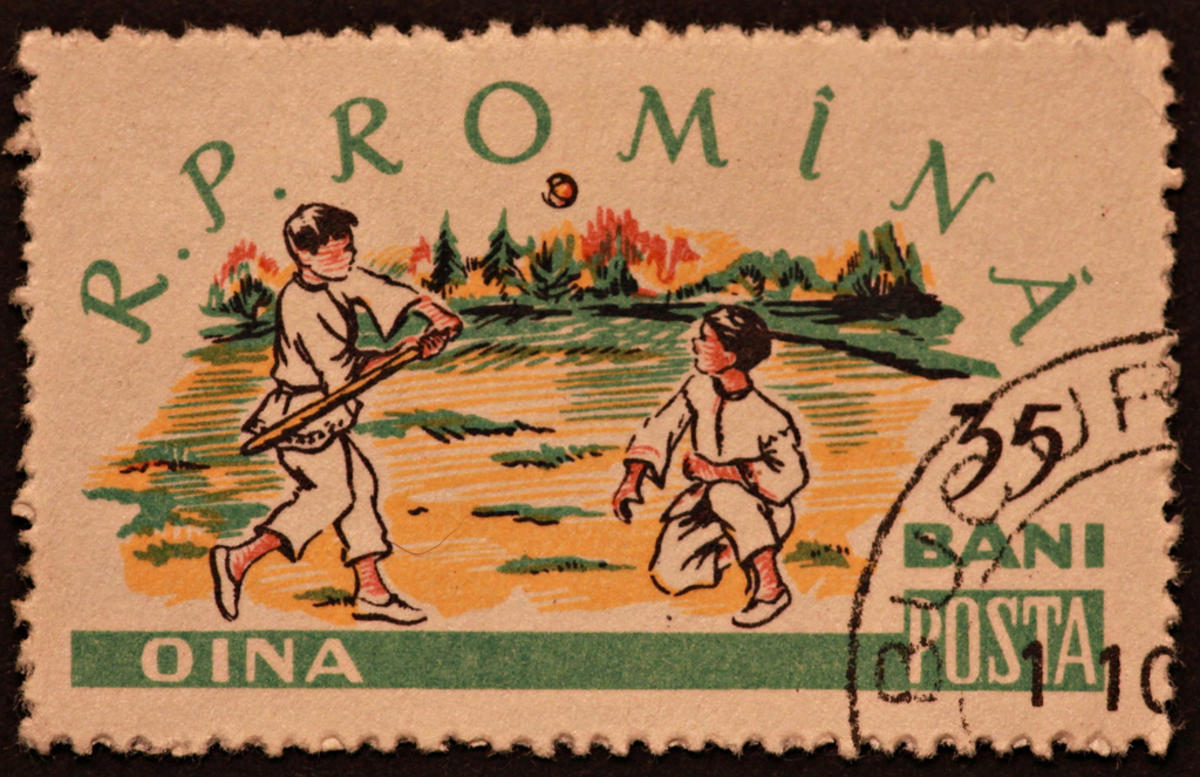 If you hate how long baseball games are, but find the idea of whacking a ball with a bat appealing, oină may be more in line with your taste. The Romanian pastime was first documented in the 14th century, using a rectangular field with 11 players per team and longer, narrower bats than baseball, along with a leather ball filled with animal hair. Another key difference: teams can score on both offense and defense, with the offense gaining points by running designated routes and hitting the ball various distances (like home runs); while the defense can score by physically hitting runners with the ball (ouch!). 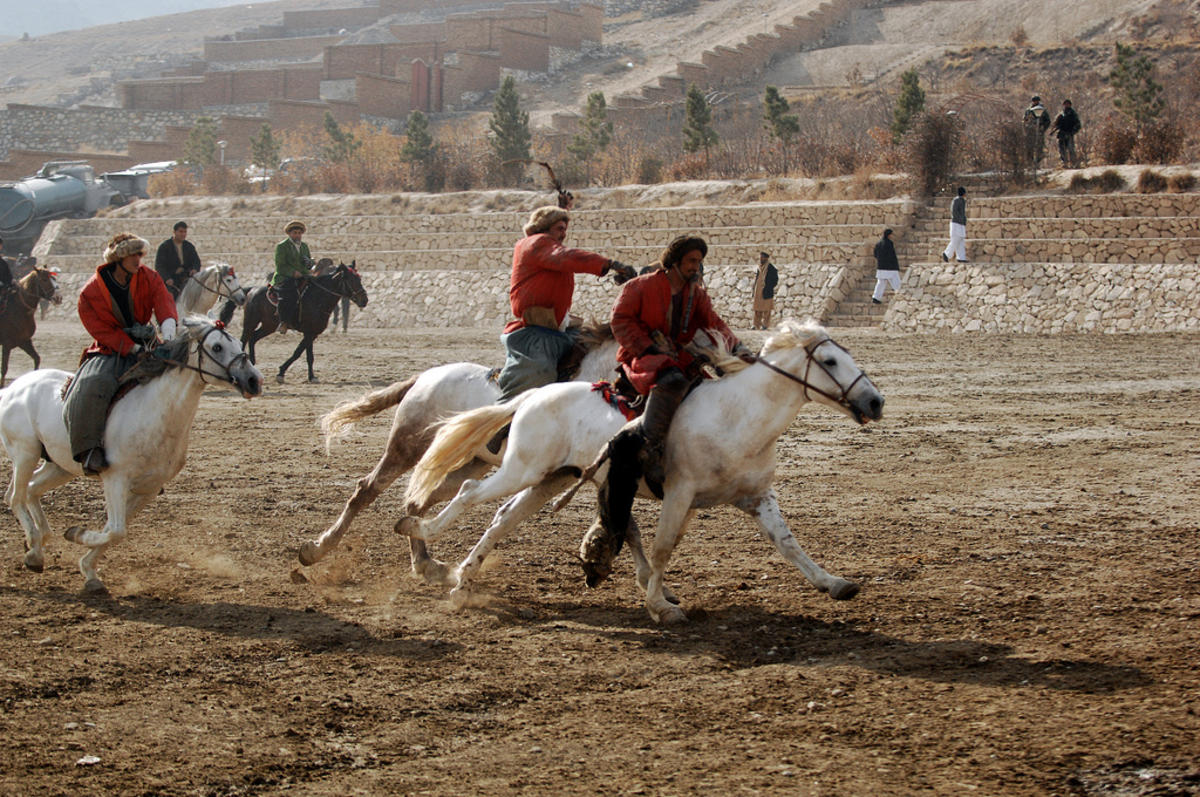 In Persian, buzkashi literally translates to "goat dragging," and that's exactly the objective of the game. Players on horseback attempt to pick up a specially prepared goat or calf carcass (we'll spare you the gruesome details) to drag it past a designated goal marker. More complicated versions of buzkashi require players to drag the carcass in a circle around the field after the goal, while avoiding having their horse (or themselves) whipped by opposing players trying to steal the dead animal away. 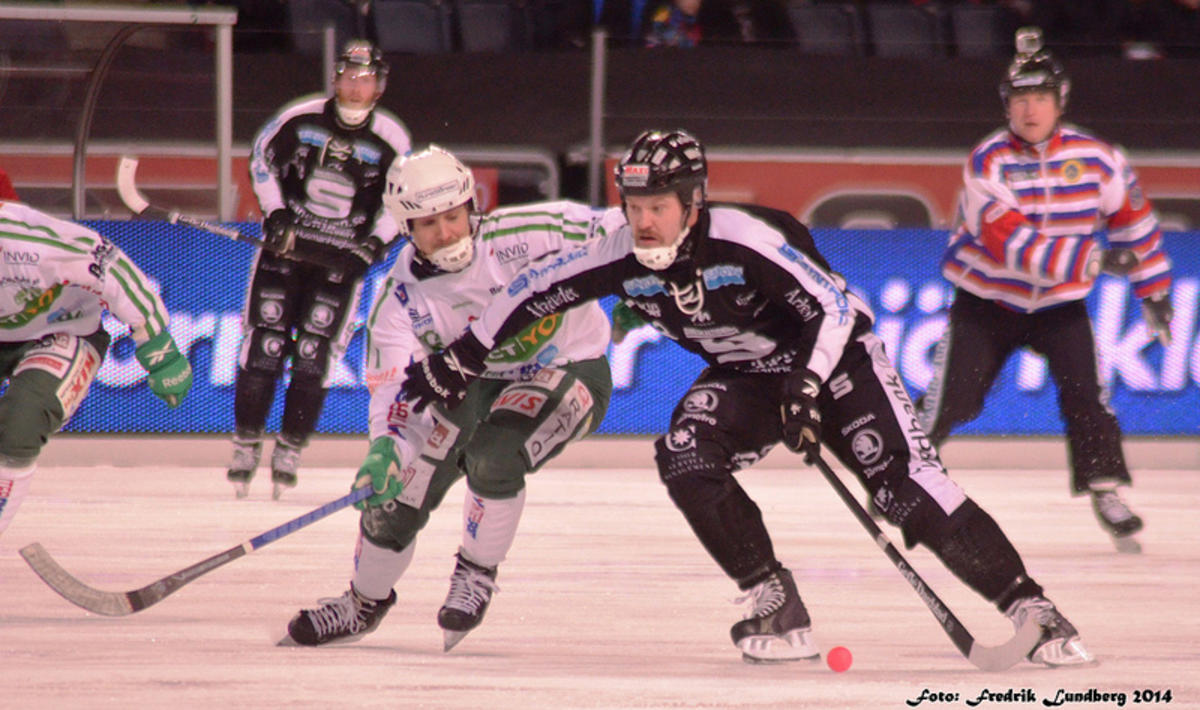 Everyone knows that Russians are some of the world's best hockey players, but did you know that their national sport is actually a game that's nearly identical to ice hockey, but played with a ball instead? That game is called bandy, and it's the second most popular winter sport in the world. The ice on which bandy is played is close to the size of a soccer pitch, and with 11 players on each team, there's always lots of action to follow.