Vacations are a way to escape life and while some people are satisfied relaxing in a trendy bar or restaurant district, others prefer to have a unique cultural experience they can't get in their home country. A Red Light District is an area of a city, or in some cases a country, that panders to an adult audience and their vice of choice. Made famous by movies and tales of debauchery, Red Light Districts span the globe, tempting curious travelers with their naughty wares that are typically taboo. If you're fascinated by sex, drugs and rock and roll, these lifestyle destinations may just pique your interest. 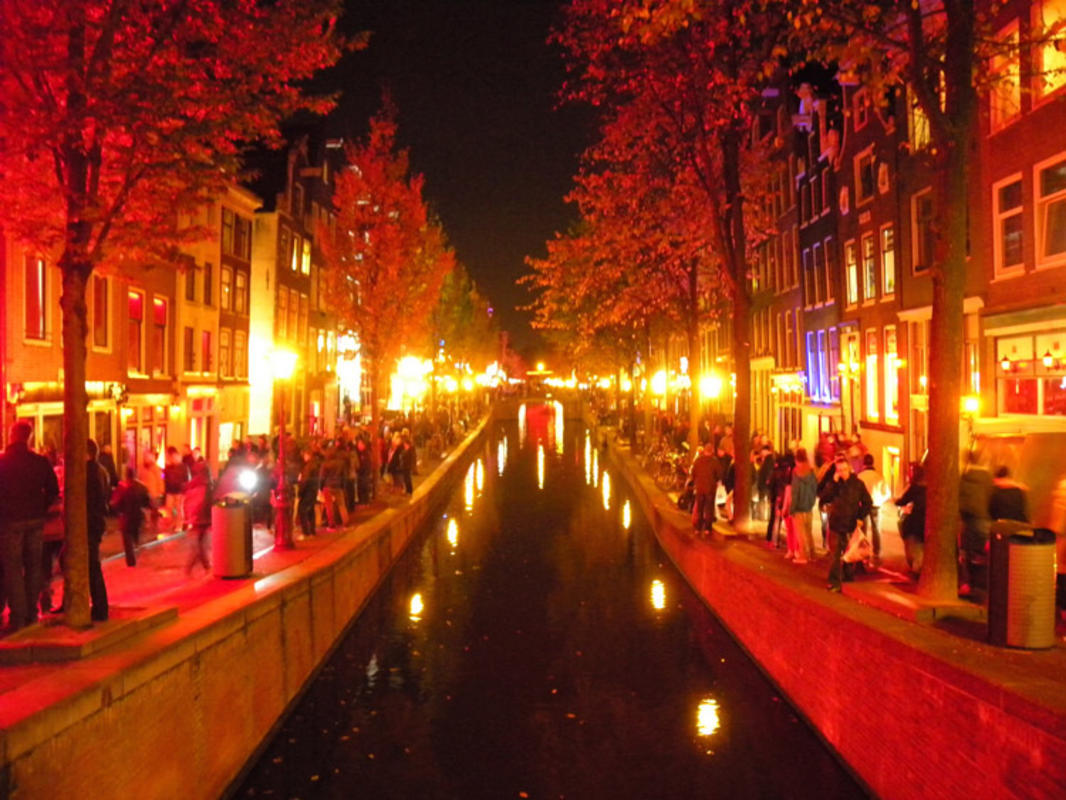 The Lowdown: The most famous Red Light District in the world (and how they were named), De Wallen has over 290 red-lit windows advertising brothels, sex shows, shops and theaters of the X-rated variety. But make no mistake; this is a tourist destination as travelers of all ages and sexes stroll the streets, shyly peeking into the windows for a tantalizing thrill. But the red lights aren’t the only thing attracting tourists in massive waves. De Wallen is also home to a large concentration of Amsterdam’s infamous coffee shops. Starbucks these are not. Marijuana and "space cakes" are sold out of these shops. “Soft drugs” are also legal, and De Wallen caters in spades.

Legality: Prostitution is legal in Holland and “window” prostitutes have been allowed since 2000. Drug laws are a bit more complicated. While drugs aren’t technically legal, they are rarely prosecuted for personal use if you're found in posession of under five grams. Tourist can purchase cannabis in Amsterdam, but these establishments can’t sell alcohol. 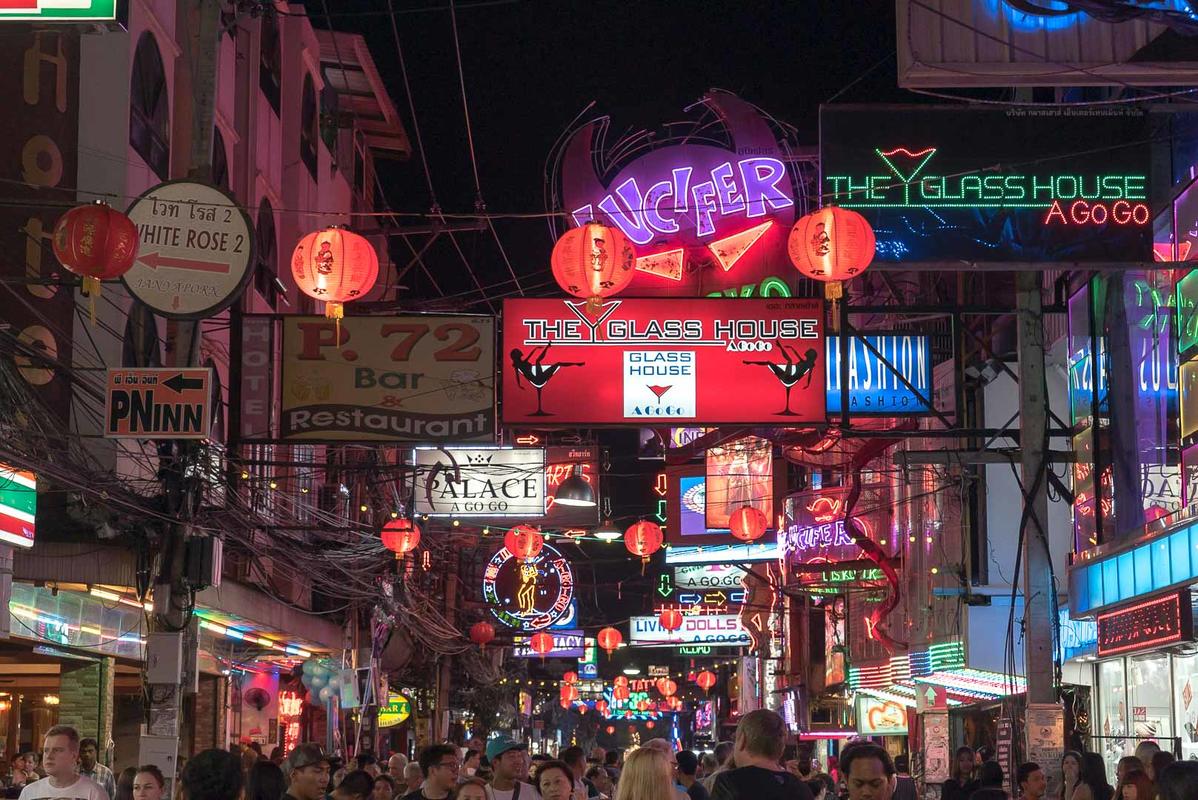 The Lowdown: Pattaya is what everyone thinks Bangkok is. A modern day Sodom and Gomorrah, if you have enough money anything goes. While this may be the case in many places around the world, it’s on full display in Pattaya, which has embraced it’s status as the red light capital of Southeast Asia. The country of Thailand has made a concerted effort to make Bangkok the economic center of ASEAN and part of that has been to push out the sex trade. However, the industry has long been part of the economic makeup so it has largely just been moved to Pattaya where the red light district thrives with little government interference.

Legality: Given Thailand’s turbulent political affiliation over the last few years, the legality of prostitution and drug use is complicated, to put it mildly. On paper prostitution is illegal in Thailand. In reality, it's anything but. It’s estimated that the red light districts account for 3% of Thailand's economy, or about 4.3 billion euros a year. Prostitution is tolerated by the authorities in designated areas like Pattaya. 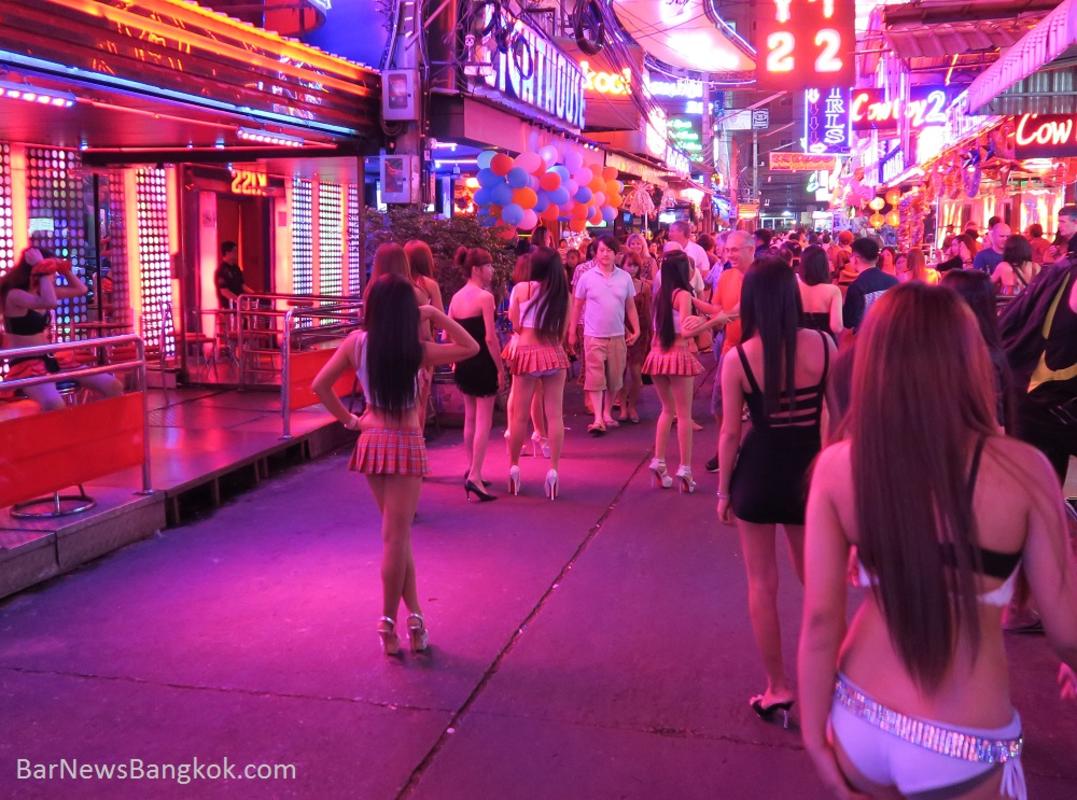 The Lowdown: Started in the early 1970s by an African-American veteran, Soi Cowboy is what you think of when you think Bangkok sin, immortalized in the film, The Hangover II. Spanning about 150 meters, the street is home to 40+ go-go bars with hundreds of women offering everything from the ping-pong shows to live sex acts. A major tourist attraction, travelers can get a brief glimpse into the infamous sex trade that’s made Bangkok famous in popular culture.

Legality: As stated, the legality of the Red Light Districts and activities are complicated in Thailand. Bangkok has set up designated areas known as entertainment zones. Many of these, like Soi Cowboy, are allowed to sell alcohol and play music later than other areas. But don’t be surprised if the government decides to show up and shut the party down. It's quite arbitrary. 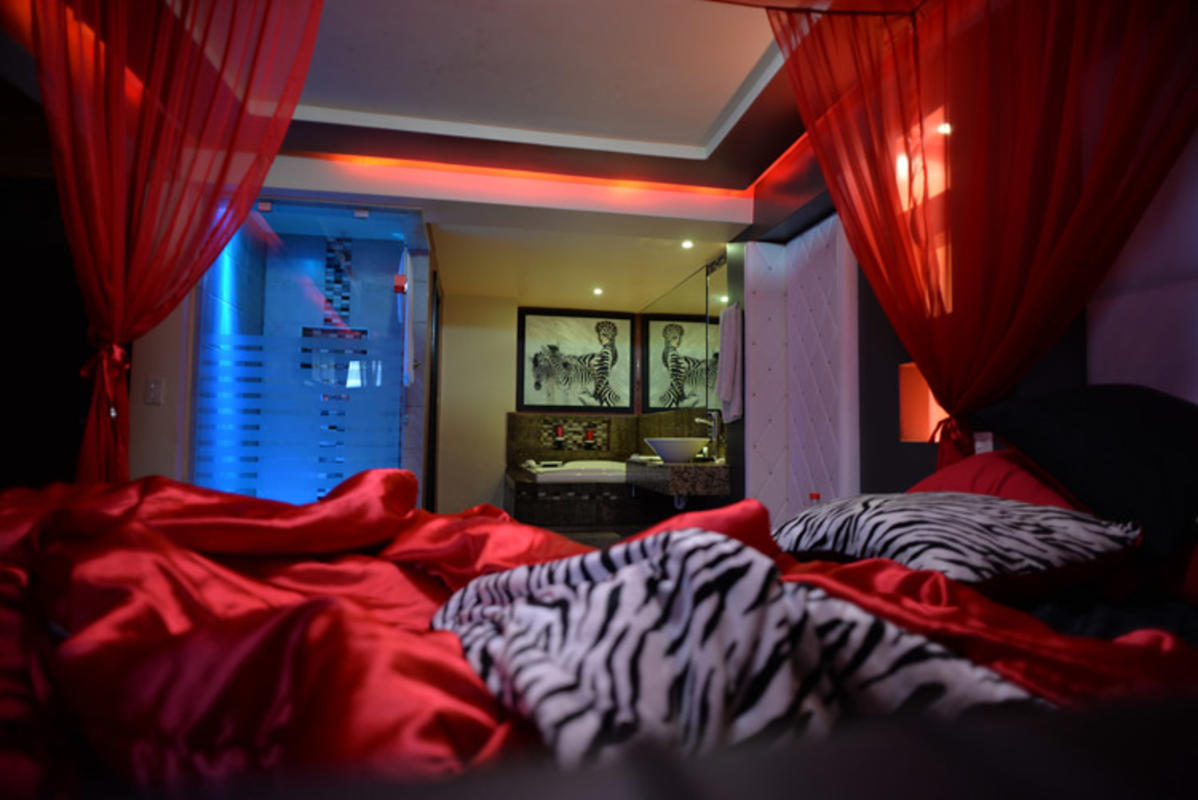 The Lowdown: The quintessential Red Light district for Californians, Tijuana has cleaned up it's act over the years, but still maintains its status as the premier “foreign” destination for debauchery and a pseudo right of passage for many a frat boy. Just a 30-minute drive from San Diego, given its history and proximity to Mexico’s drug cartels, Zona Norte is easily the most dangerous Red Light district on this list and possibly in the world. Exercise caution if you're keen on visiting one of the famous donkey shows as the Mexican government is known for it's corrupt treatment of foreigners.

Legality: Prostitution in Mexico is decriminalized and regulated by each state. Brothel ownership and pimping are illegal. Drugs are also illegal. Corruption and drug trafficking are abound. 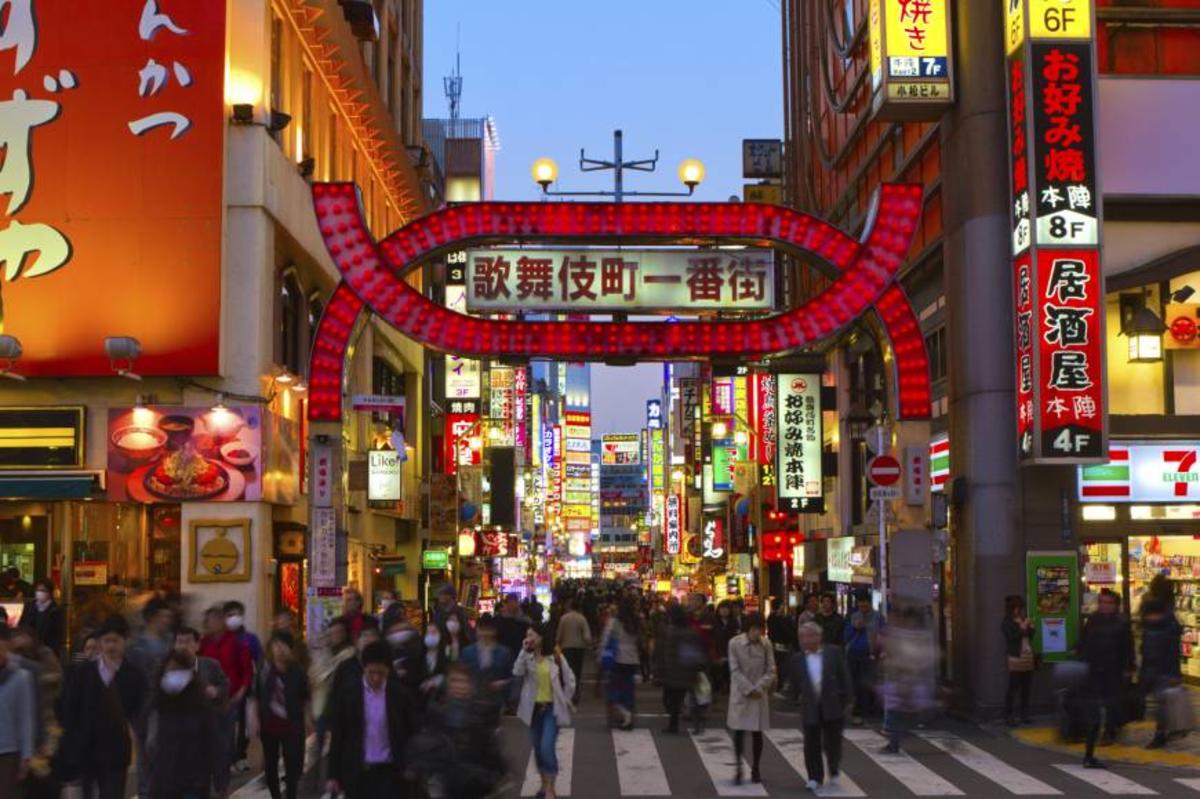 The Lowdown: Japan may not be the first country that comes to mind when thinking about Red Light Districts, but it’s long had a dark underbelly. The chief attraction of Kabukichō is it's “host/hostess clubs.” Located in the Shinjuku ward, host clubs are private bars where attractive men and women are paid to serve and flirt with clients. The host gets a commission based on how much the client eats or drinks. For those already accompanied, this area prominently features Love Hotels, as well. Pay by the hour establishments, Love Hotels cater to those still living with their parents or cheating on a spouse. The use of love hotels is quite common in Japan as well as South American countries like Argentina and Chile.

Legality: Technically everything here is legal. 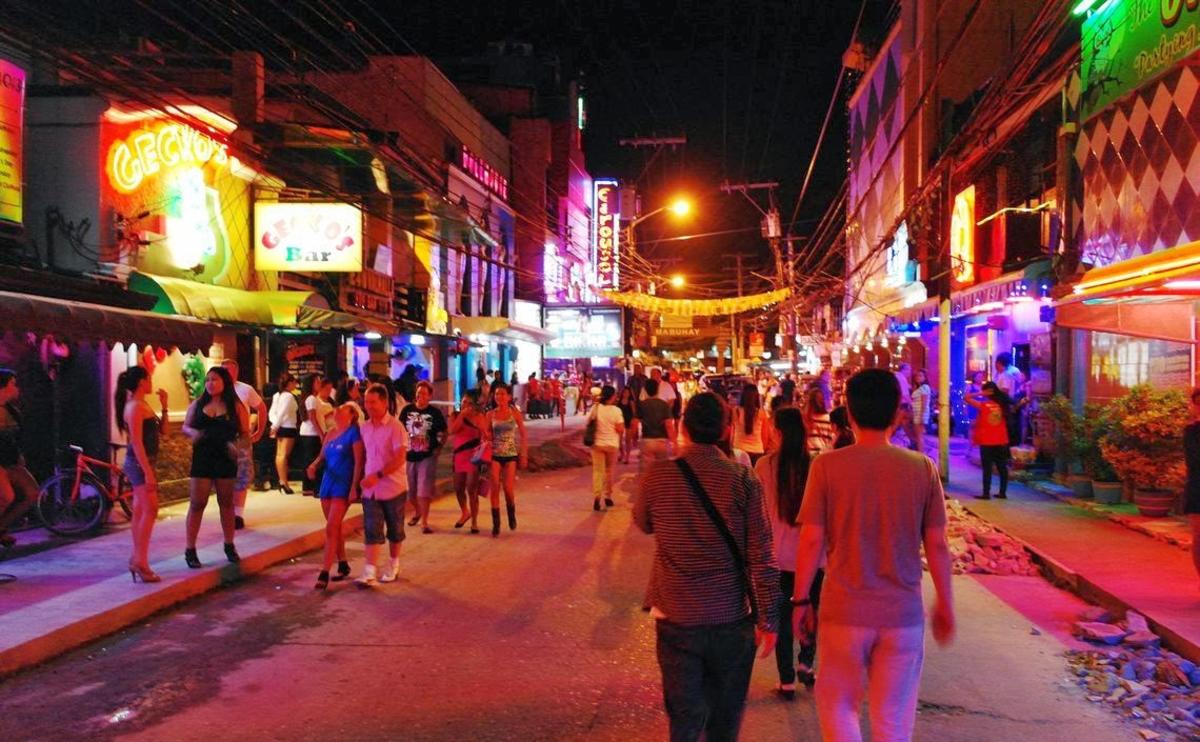 The Lowdown: Once home to the largest military base outside of the US, Angeles City was known to “cater” to the needs of soldiers. Although the base has since closed after the eruption of Mount Pinatubo, Walking Street continues to thrive as the Red Light district of the Philippines. Technically called Fields Avenue; you’ll find restaurants and go-go bars offering a variety of adult entertainment. With over 60+ venues, there are plenty of options for your fetish of choice.

Legality: A heavily Catholic country, prostitution has long been illegal, but like many places in Asia with a US military presence, it’s tolerated. 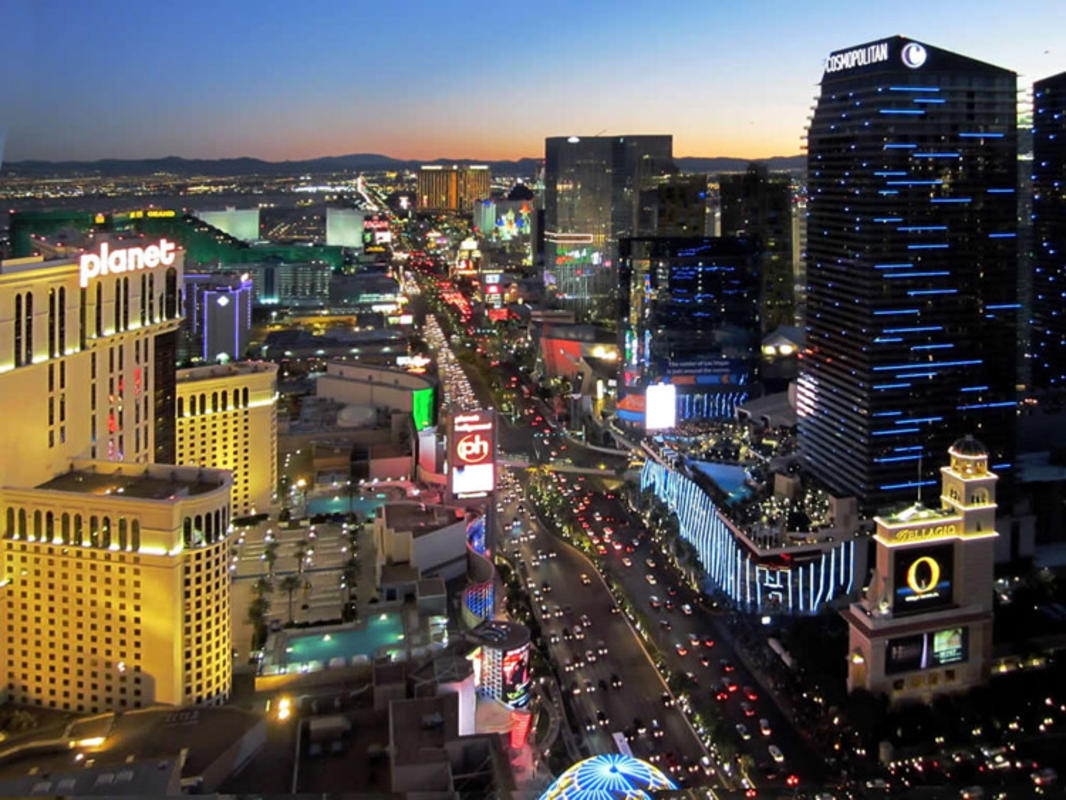 Legality: Prostitution is legal in Nevada, but only in counties with less than 700,000 residents. If it’s a licensed brothel, it’s legal.