When monuments are erected to honor a person, place, myth, or legend, they don’t always manifest in the most politically correct manner. In fact, it is fairly common for statues to be built, often at great expense, only to be demolished or relocated due to the outcries of the people. While many of these contentious pieces have been removed or destroyed completely, you may be surprised at how many of them are still generating controversy. The following statues have strange histories and represent everything from early explorers to Lucifer himself — and almost all cost a pretty penny in the name of "art." 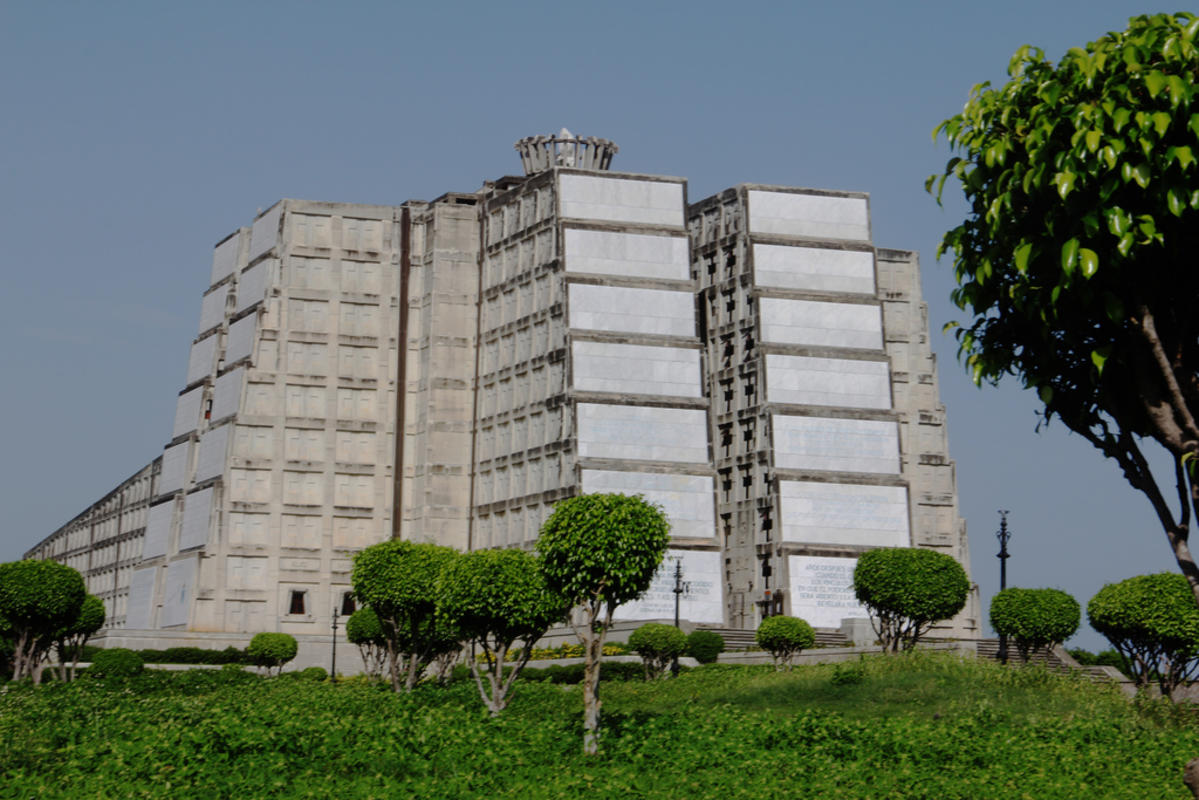 As most Americans learned in elementary school, Christopher Columbus was the Spanish explorer who “discovered the Americas.” The discovery was so important, his remains were entombed in a giant cross-shaped building outfitted with a lighthouse in Santo Domingo Este in the Dominican Republic. Research indicates Columbus violently betrayed the friendship of the natives, stole from them, enslaved them, and nearly singlehandedly started a 400-year mass genocide of millions of Native Americans across the New World. Needless to say, the Dominicans were pretty upset when their government spent $70 million to memorialize Columbus with a lighthouse that is so insanely bright locals actually lose sleep from it when it's lit. To add insult to injury, many Dominicans also lost their homes to make way for the project when construction began in 1986. 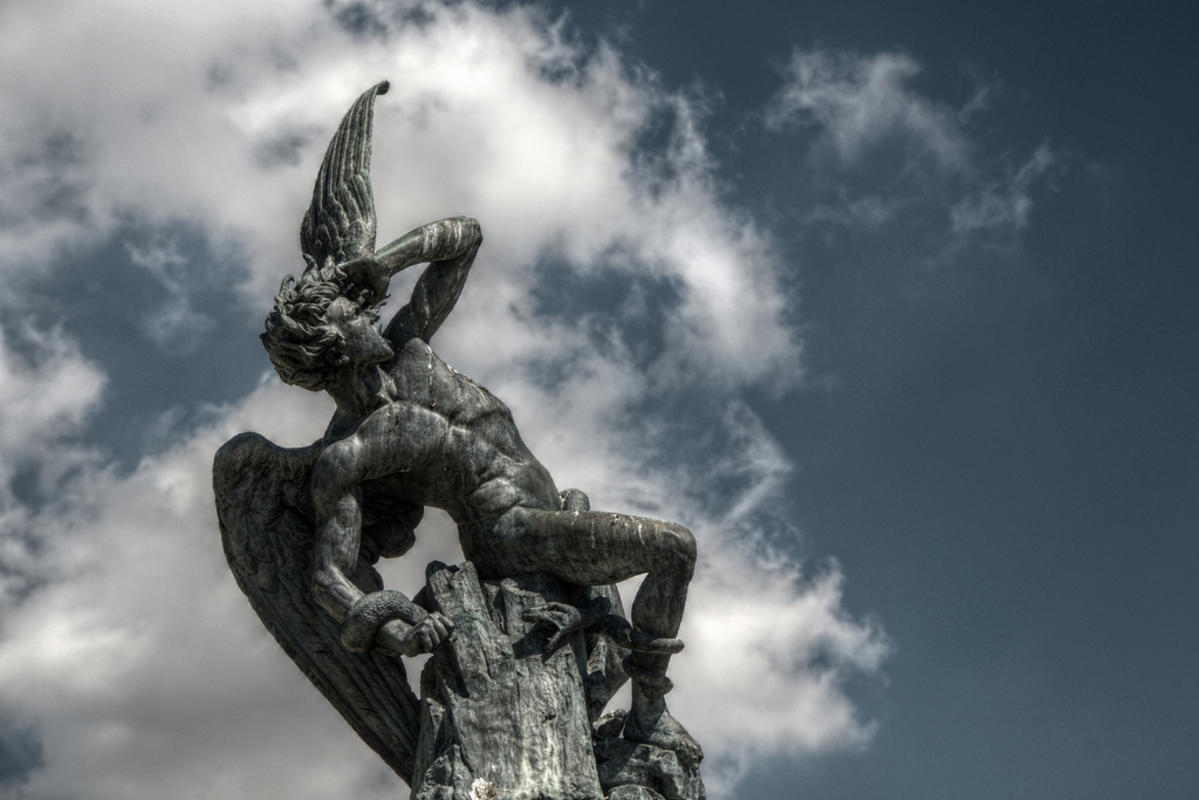 Known as one of the “only monuments to Lucifer in the world,” this Spanish sculpture stands 666 feet above sea level and depicts an angel as he falls from above. According to legend, the angel attempted to ascend to the status of a god, but flew too close to the sun. He was cast down from heaven and into the depths of hell. The statue initially got much criticism with many claiming it promoted devil worship. Eventually the statue gained respect for its artistic merit and has since become popular destination for art lovers and, in a strange twist of fate, those interested in Satanic rituals. Go figure. 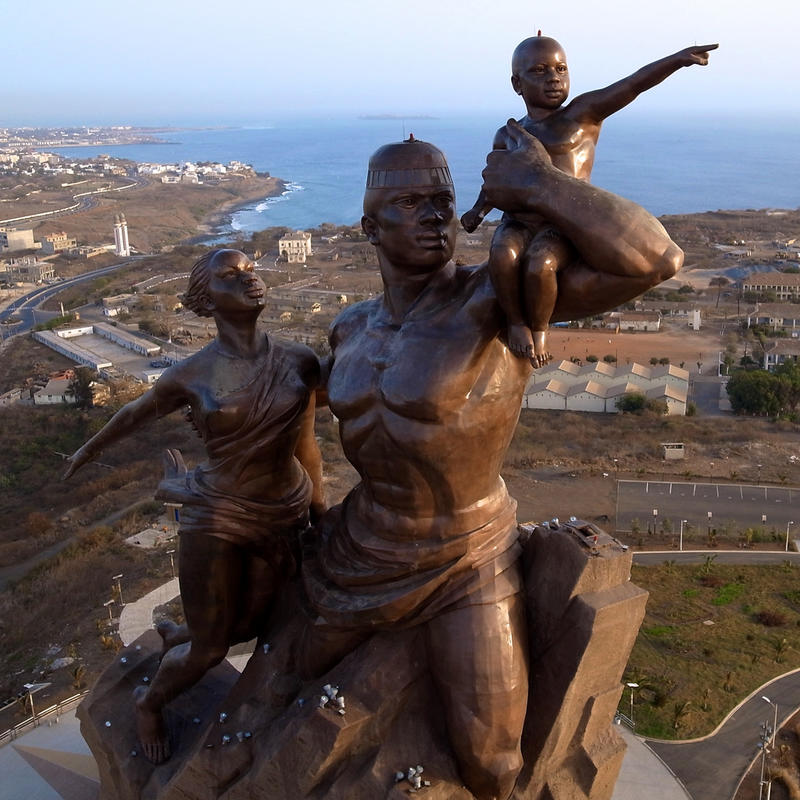 This 160-foot bronze statue depicts a fit and shirtless African man climbing out of a volcano while carrying a baby and dragging a scantily clad, confused-looking African woman behind him. Almost immediately, the image was denounced by the Senegal public for its cartoonish appearance, lack of clothing, and sexist overtones. Even more bizarre, it was commissioned by a North Korean company at a cost of $27 million dollars to built. 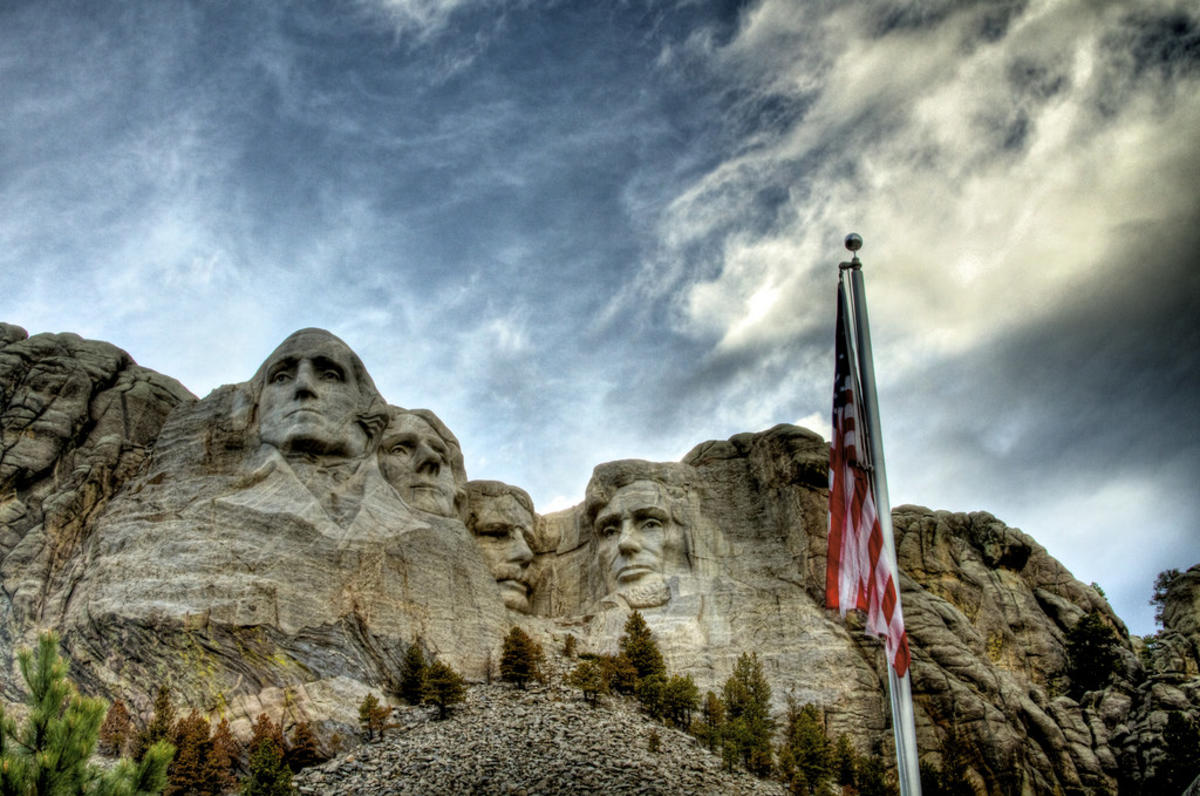 Mount Rushmore is easily one of the most iconic American monuments, but what you likely did not know is the carved granite batholith sits on territory the U.S. government technically seized from the Lakota Tribe. That’s right, the monument memorializing four American presidents resides on stolen property. While the sculpture is certainly spectacular, several Native American tribes have taken serious offense to it. They even staged an occupation of Mount Rushmore in 1971, planting a prayer staff that cast a shroud over the solemn faces "which shall remain dirty until the treaties concerning the Black Hills are fulfilled." 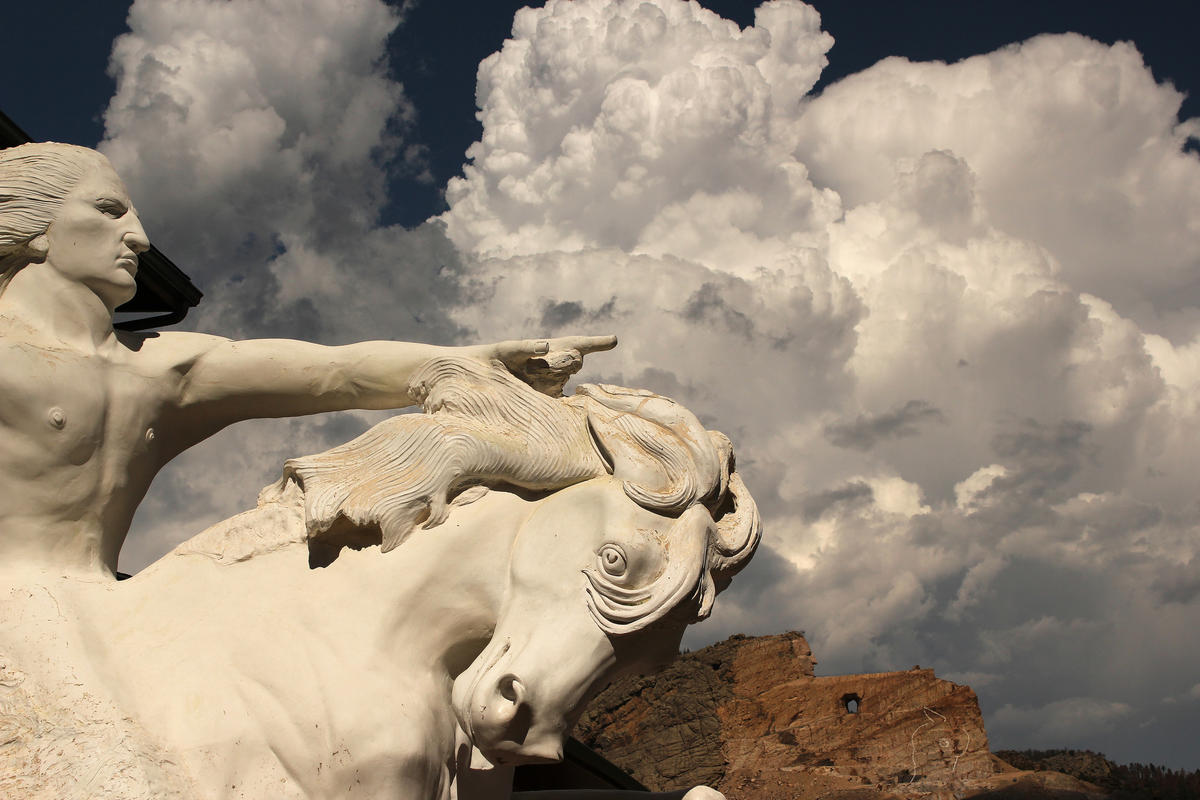 In response to Mount Rushmore, the Native Americans commissioned their own massive sculpture also to be carved out of the granite of the Black Hills. The memorial depicts Lakota warrior Crazy Horse, who took up arms against the U.S. government to fight against their encroachment of the Lakota. He was a rebel who inspired many other Native Americans to stand up for their land and repel the white man’s attempted rule.

This monument was a sassy retort to Mount Rushmore, which has ruffled more than a few feathers over the years. However, even within the Native American community, the construction of the Crazy Horse Memorial is controversial. Many Natives are opposed to it because it involved the blasting and destruction of sacred burial grounds and was commissioned without the consent of tribe elders or Crazy Horse’s descendants. It remains unfinished due to lack of funding. 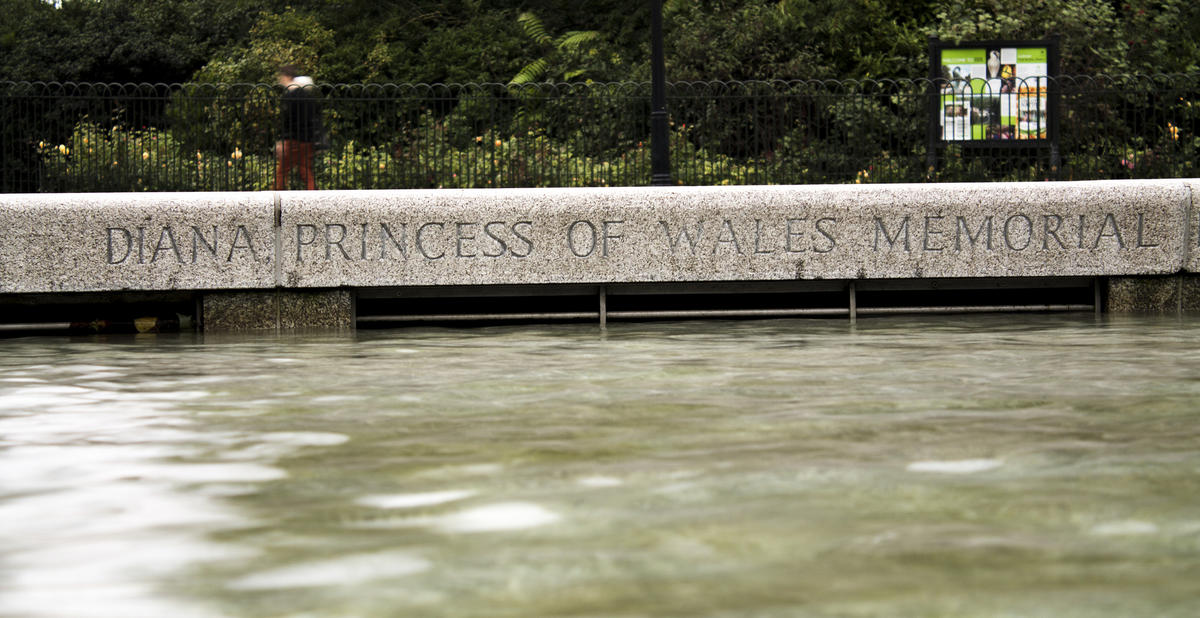 Princess Diana was one of the most beloved Brits to ever walk the Earth. She was a shining example of beauty, composure, and generosity to millions across the globe. Her tragic death in 1997 shocked the world and sparked numerous conspiracy theories. Similarly, her memorial also caused a bit of a stir amongst the people of London. While supporters claim the memorial represents the whimsical and spirited nature of Diana, critics say the fountain is merely a “dirty brown ditch”. Since its unveiling in 2004, it has required extensive redesign, management, and alterations to look more appealing. Hopefully, her future statue — commissioned by her sons — will be greeted with more fanfare. 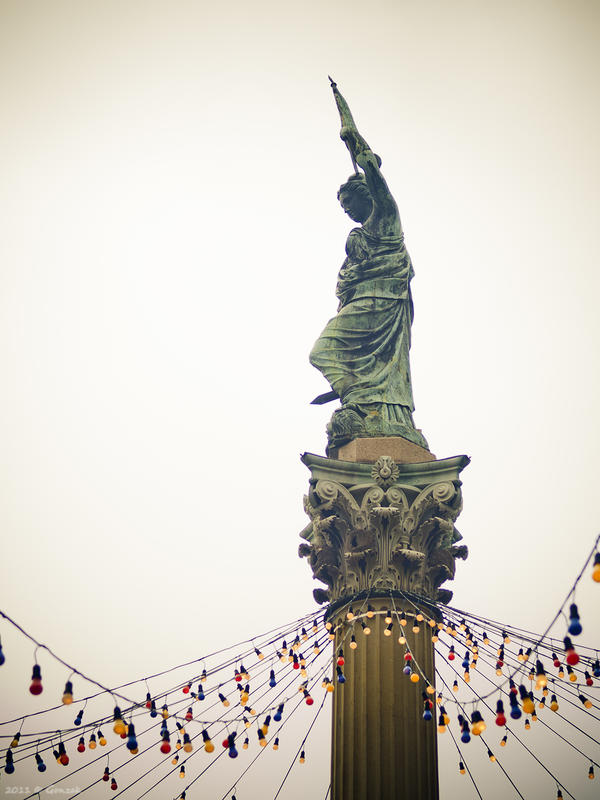 You’d think an effigy to peace would radiate non-violence, but this wasn't exactly the case in Uruguay. As the first public monument erected in Montevideo, the statue was supposed to represent the pact between political parties which ushered in an era of freedom. There's one slight problem: Instead of the typical symbols of peace (like an olive branch or dove), the Statue of Peace brandishes a sword. When lightning struck the statue in 1887, the sword was replaced with broken chains. The chains have since been removed and once again, outfitted with a sword. The statue remains a confusing and widely contentious symbol of the country.