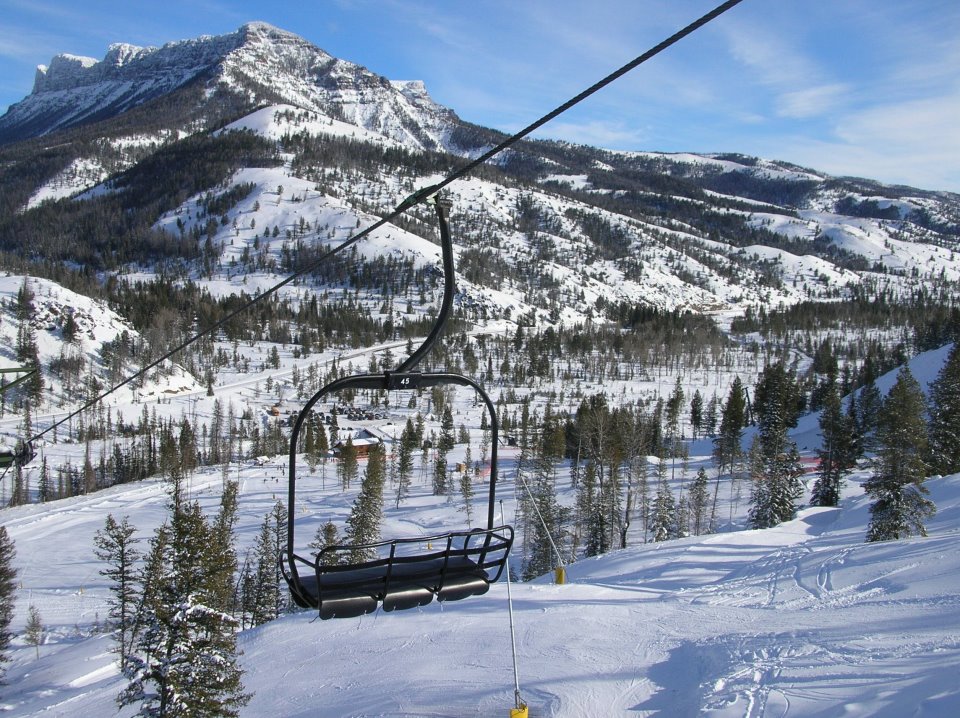 While Jackson Hole gets most of the ski fame in Wyoming, if you're looking for family-friendly skiing options in northern Wyoming, you can’t do better than Sleeping Giant. A ideal place to ski just 50 miles west of Cody near the East Entrance of Yellowstone National Park - Sleeping Giant is one of the longest-running ski areas in the country - and one of the most scenic - winning the hearts of countless people through the years.

The Sleeping Giant Ski Area first opened in 1936, as the area was a shoo-in for a ski resort, thanks to its yearly abundance of snowfall. Indeed, the area in and around Sleeping Giant receives 200 to 300 inches of snow every year; on top of that, it boasts ski runs that will please beginners and experts with more than 180 ski areas to choose from. Whether you’re looking for tamer green runs or exhilerating blacks (and even a 900 foot drop!), there's a little bit of everything. 50 miles to the west of Cody, Wyoming, making it a perfect stopping-off point for families who are traveling from one part of the state to another.

Reopened and revamped in 2007, Sleeping Giant boasts many new amenities, including a triple chairlift from Mammoth, California and a snow-making system. Thanks to these upgrades, Sleeping Giant is not only now open for business - it can now hold its own against some of the most first-rate ski resorts in the American West.

Squeeze in a Visit

While roaming around nearby Yellowstone is a once-in-a-lifetime opportunity, it’s only natural to want to blow off some steam while visiting this part of Wyoming. Sleeping Giant Ski Area is a great place at which to do so. Open only Fridays, Saturdays, Sundays and Mondays; make sure to plan your visit accordingly. With daily rates coming in below $30, it’s safe to say that Sleeping Giant is one of the best ski deals in the country. Whether you decide to stop in for a single day - or make a long weekend out of it - you and your family are sure to have a fantastic time.