The most infamous beach party in the world, a a Full Moon Party is held every month on Had Rin Beach on Koh Phangan, a glorious little island in the Gulf of Thailand. The island itself is a magical paradise, a dream escape. Often pretty chill, especially in the north, the full moon is the only time when things get crazy.

The full moon brings about some interesting superstitions, but on the island, it brings out party revelers from around the world. Tens of thousands gather on the beach for one night (and morning) of drinking, dancing, and debauchery. 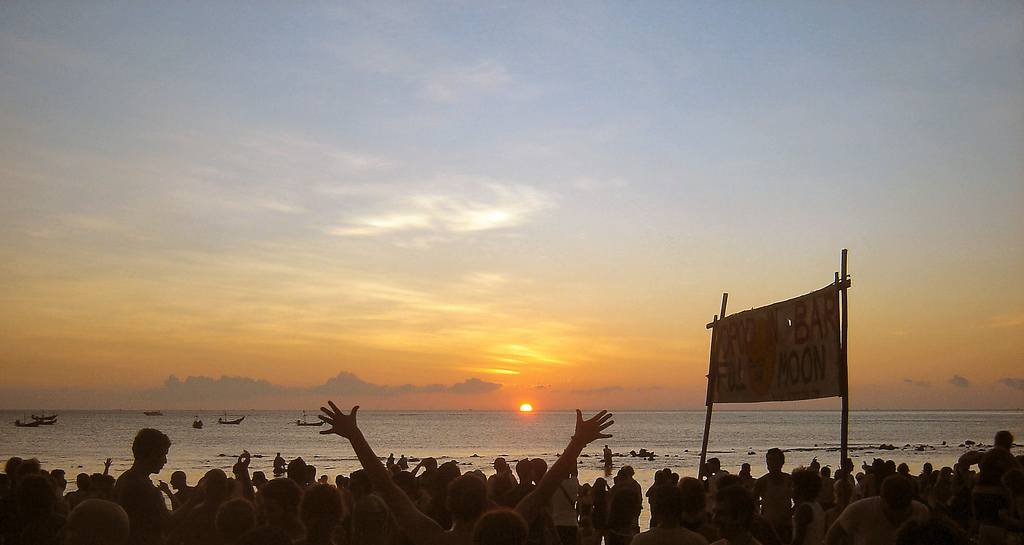 Imagine a huge bay strewn with tiki bars and beach clubs and thousands of partygoers dancing in the sand with newfound friends. Alcohol is sold by the bucket (literally, a sand castle bucket) and beer by the bottle. The really crazy opt for the mushroom shakes. It's the most insane party you'll probably ever attend in your life.

The vibes? Crazy, incredible. The people (for the most part) are on your level, both alcohol-wise and travel-wise. It's easy to connect because everyone is there for the same reason -- to let loose and party it up. Each bar has its own vibe so make the rounds and dance until the sun comes up.

No, really, don’t stop until the sun rises. My absolute favorite part of the Full Moon party was the opportunity to see the moon and welcome the sun rising over the tides. It’s incredible, but most people are too wasted to care. Don't be that guy. 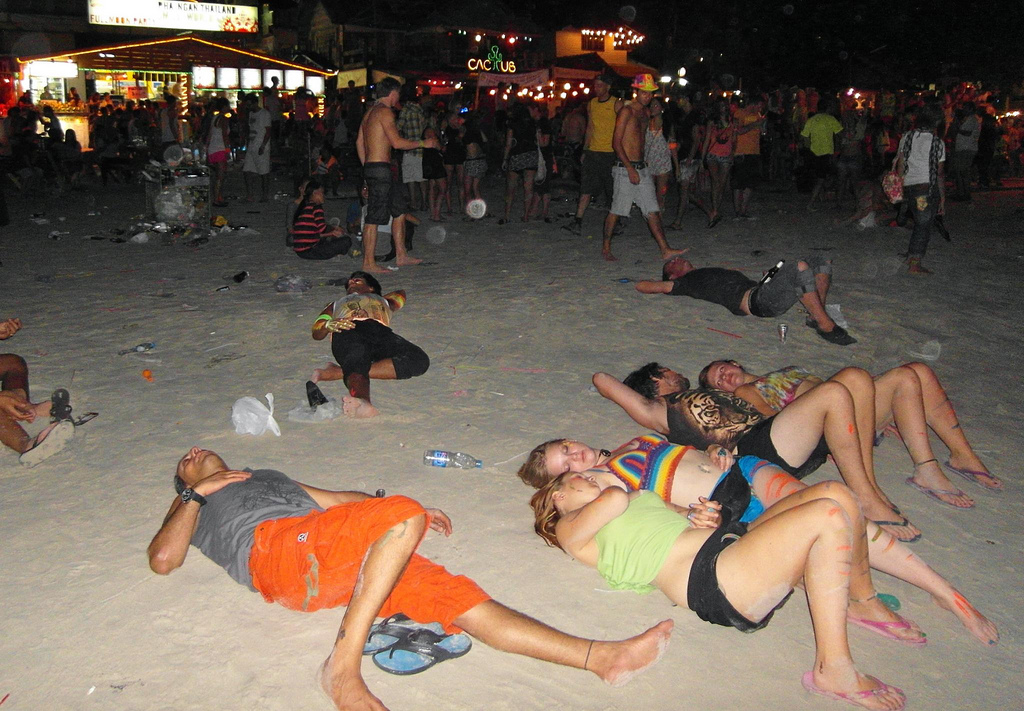 This party isn’t for everyone. I've been twice and I’m not a huge fan. Maybe I’m too old (30), but there were many unsavory characters who soured the mood. For lack of a better term, it’s an absolute shitshow in every way imaginable. People are passed out on the sand, too drunk to walk, and the ocean becomes a toilet as the beach is trashed beyond belief. Then there's the guys: immature and sloppy doesn't even begin to describe it. It's a once-in-a-lifetime experience, as long as you know what you're in for. I just happen to prefer Koh Phangan when the parties are done. 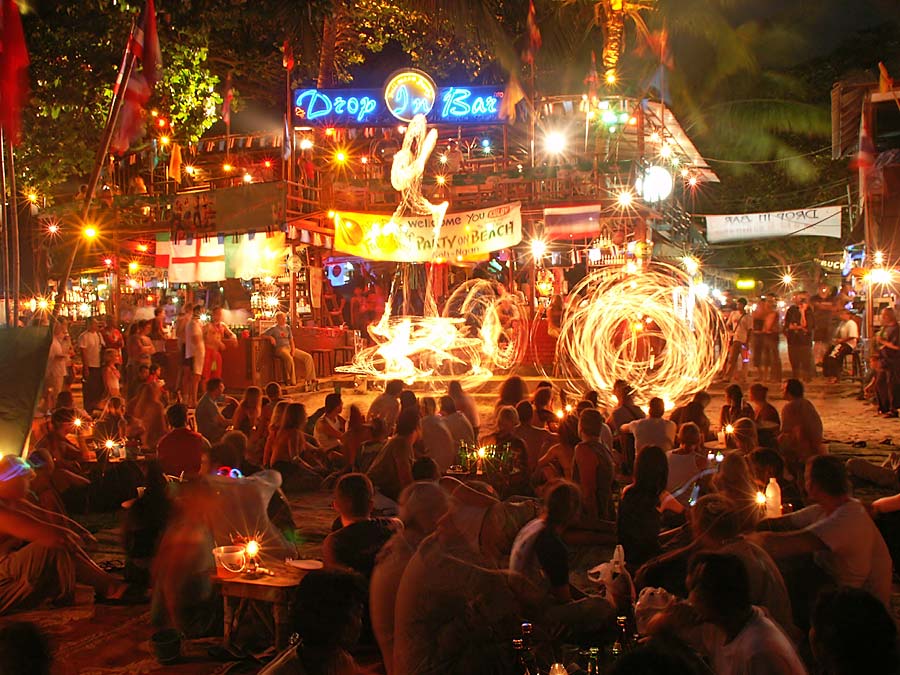 Be aware that drink spiking is unfortunately a fairly common occurrence and you should always be vigilant when ordering a cocktail. Your drink, or bucket, should always be opened in front of you and you'll want to inspect that each bottle has its safety seal intact.

Take caution when getting home. Whether you’re drinking or not, you shouldn’t drive because it's usually not yourself you have to worry about. Motorbike accidents are prevalent throughout the country, but even moreso while the parties are happening. A shared taxi even an hour away would only cost about $5 USD, a small price to pay.