Dancing with the Dead in Mexico City

If you're looking for a city with an amazing vibe, Mexico City is the place to be. Packed with the sounds of salsa, fascinating history, and delicious smells of street-side vendors, it's the place to be for Dia de Los Muertos to discover a rich, traditional culture thriving upon the ancient Aztec city of Tenochtitlan. 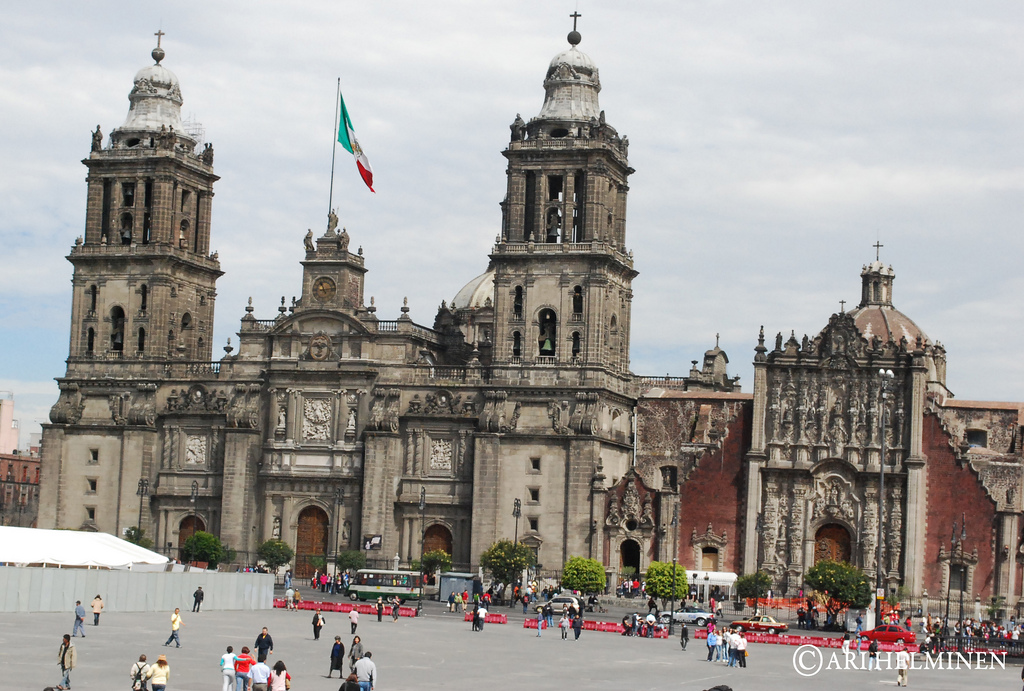 The markets stretch on for several blocks where you are sure to find interesting and cheap bargains. From Halloween costumes to jewelry, I was lost in a maze of authentic goods. Food is sold practically everywhere. Stalls are set up next to each other in the marketplace and if you're hankering for an ear of corn slathered in spicy chili mayo, you only have to look in front of you.

The history of Mexico City goes back centuries. I was suitably awed by the Catedral Metropolitana, which is set in the city's main plaza, the Zocalo, upon Aztec temple ruins. This massive cathedral took almost two and a half centuries to complete and it was well worth the wait. Its architectural style built over the years includes renaissance, baroque, and neo-classic. Scaffolding, however, is prominent due to the cathedral sinking lower and lower. All of Mexico City is sinking, due to being built upon a lake and these scaffolding are necessary to keep older buildings in place. 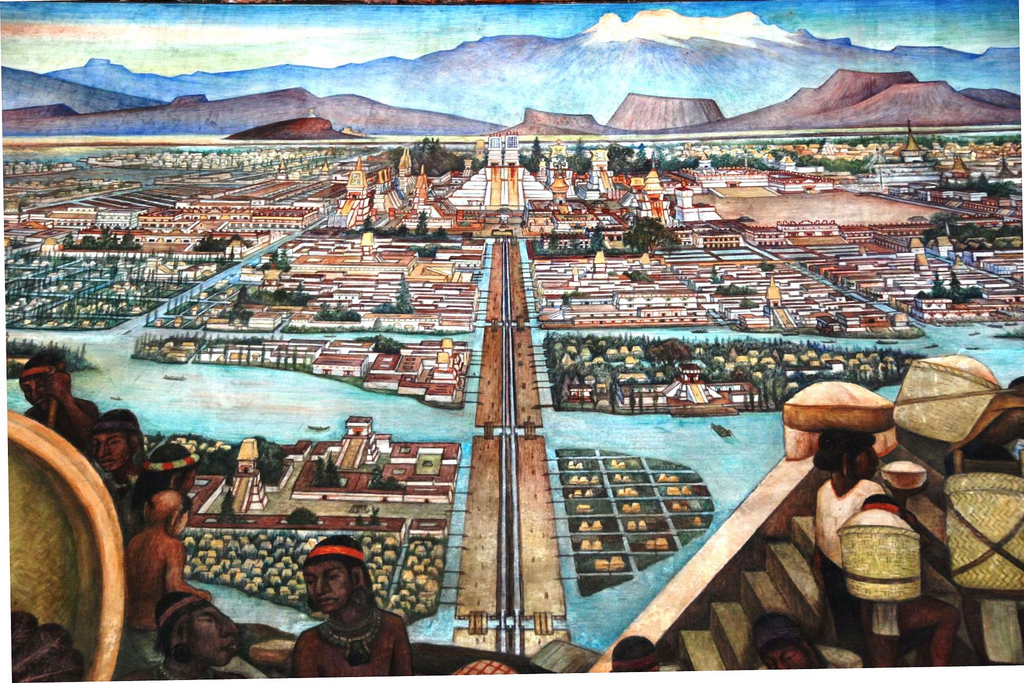 The Zocalo is at the center of the Centro Historico and official government buildings surround the perimeter like silent guards. It is also where Dia de Los Muertos celebrations take place, an annual celebration of loved ones who have passed on from this life and return for one night only, November 1, to reunite with family still living. At this time of year, death is not to be taken sadly. Skeletons are featured in a most artistic way and are made out of everything, such as paper mache to actual human remains. A costumed character called Mictecacihuatl, or 'The Lady of the Dead' walks through the throngs of people, pausing for photos in her ostentatious black veils. Everywhere there are respectful displays of skeletons with statues of the Virgin Mary praying. Marigold petals, the official Day of the Dead flower, are strewn generously over these displays. This square is an especially fantastic place to visit during nighttime festivities when concerts and fireworks entertain thousands of people, both alive and otherwise.

I managed to venture outside the city limits for a day exploring pyramids at Teotihuacan. About a 50-minute drive north from Mexico City, this ancient place holds gorgeous ruins from an unknown civilization. Even the Aztecs were impressed enough to adopt their building techniques. You can climb the Pyramid of the Moon and Sun as long as you're careful not to fall down the steep steps. But once at the top, the view of fellow ruins and surrounding mountains is a magical site.

10 Adventures to Have in Mexico