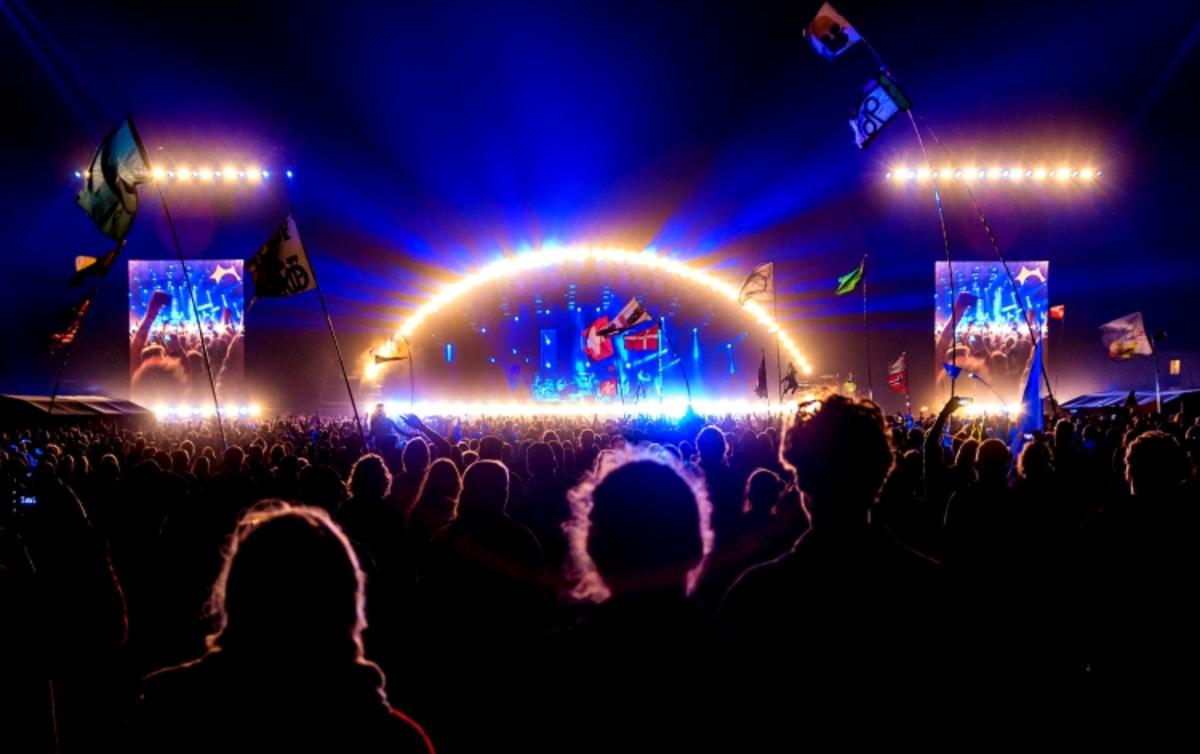 Summertime. ‘Tis is the season for relaxation, cold beverages, and outdoor music festivals. Music festivals are well-known for their intense stimulation, sleepless nights and electric atmosphere, but Roskilde, which takes place right outside Copenhagen, Denmark, is an entirely different kind of beast. It is Northern Europe’s largest music and cultural festival, and to have anything resembling energy after eight days of festival-going would count as a Herculean feat.

The celebration regularly includes close to 200 bands and artists from all over the world and a lot of time with 130,000+ of your new best friends. Even if you've attended music festivals in the past, it may serve you well to mentally prepare because Roskilde goes above and beyond the average concert experience. 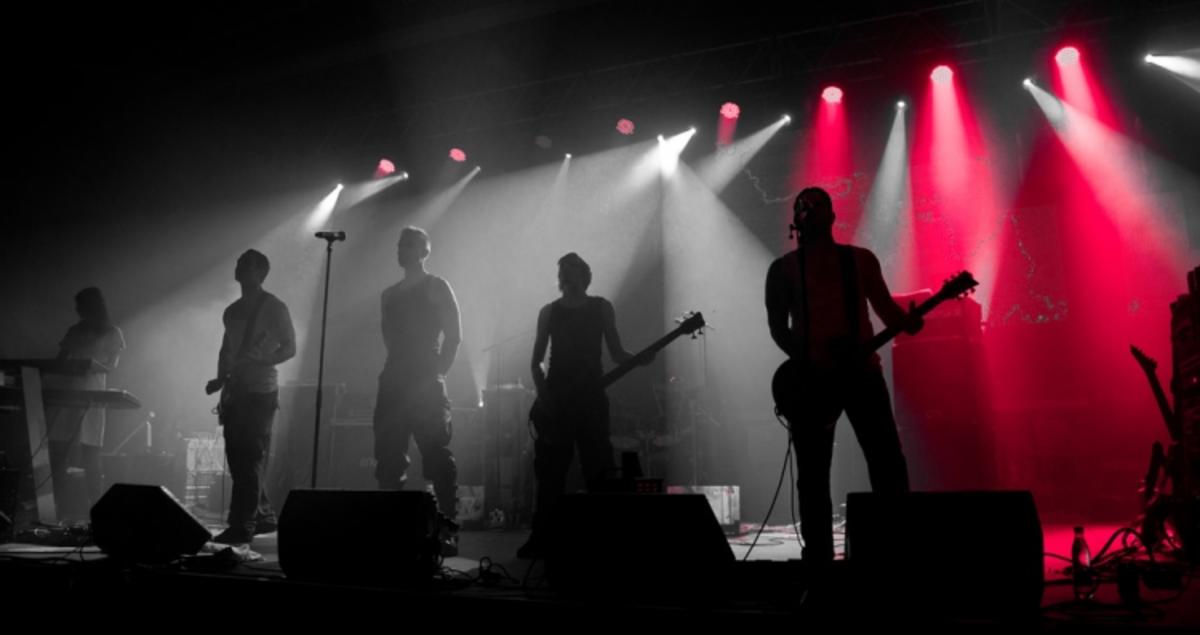 Whether you’re intricately involved with the people, the music, or the activities at Roskilde you’d be hard-pressed to describe your surroundings as homogenous. Diversity just comes with the territory. Attendees used to come primarily from Scandinavian countries, but these days Germans, Austrians and a slew of visitors from all around the globe make regular appearances. Musicians range from up-and-coming local talent to to household names like Rihanna, Bob Dylan and the Red Hot Chili Peppers. And the four day “warm up” period before the bands start playing offer almost limitless possibilities for activities. Some events like basketball, slacklining, soccer, and DIY workshops are scheduled but if you find yourself bored, branch off, start your own thing and see how big of a crowd your antics can attract. 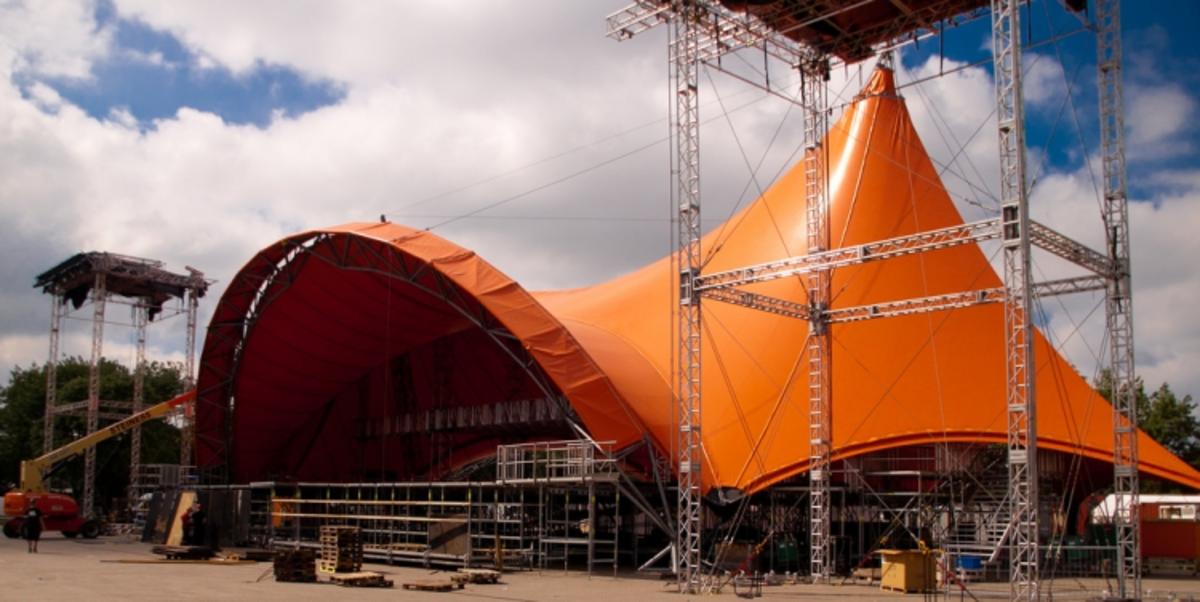 Orange is the official color of Roskilde, so it’s not surprising that people commonly refer to the sense of community that permeates the festival as “orange feeling.” From the moment the festival grounds open to the public, floods of people jostle through the entrance to find the perfect camp site. The festival grounds include several different camps, each with its own themes and activities throughout the week. Community building is particularly encouraged at “Dream City" as this portion of the park is largely placed into the creative hands of the audience. Similar to the "build it and they will come" mentality of Burning Man, what do you want your campsite to look like? What activities do you want to participate in? It’s all up to you and your neighbors. If you want to have a champagne party, have a champagne party. Or start a pillow fight. Or create a funky camp monument. Really, anything goes as long as it's sustainable, safe and contributes to the experience of other festival-goers. For many, Roskilde isn’t just about the music. It’s about the camping, the events, and the spontaneous explosions of creativity and friendship. 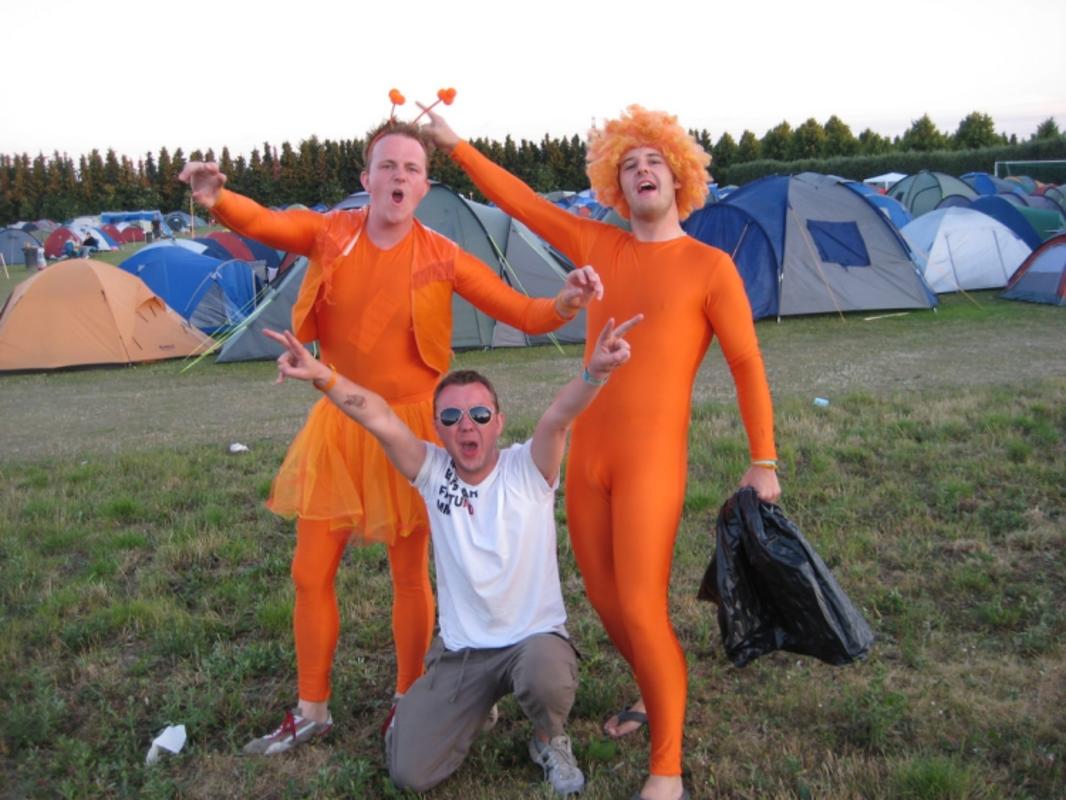 Signs brazenly instructing people to “eat beer” paired with the already well-established drinking culture at music festivals inevitably leads to wild moments before, during and after bands’ performances. Crazy dancing takes place all hours of the night and nudity is not an uncommon sight. In fact, one of the festival’s biggest moments is its Naked Run. A race that takes dozens of brazen individuals sprinting around the camp awards the winning man and woman with a free ticket to next year’s festival. The race has become so popular they’ve been forced to arrange qualifier events for male participants. 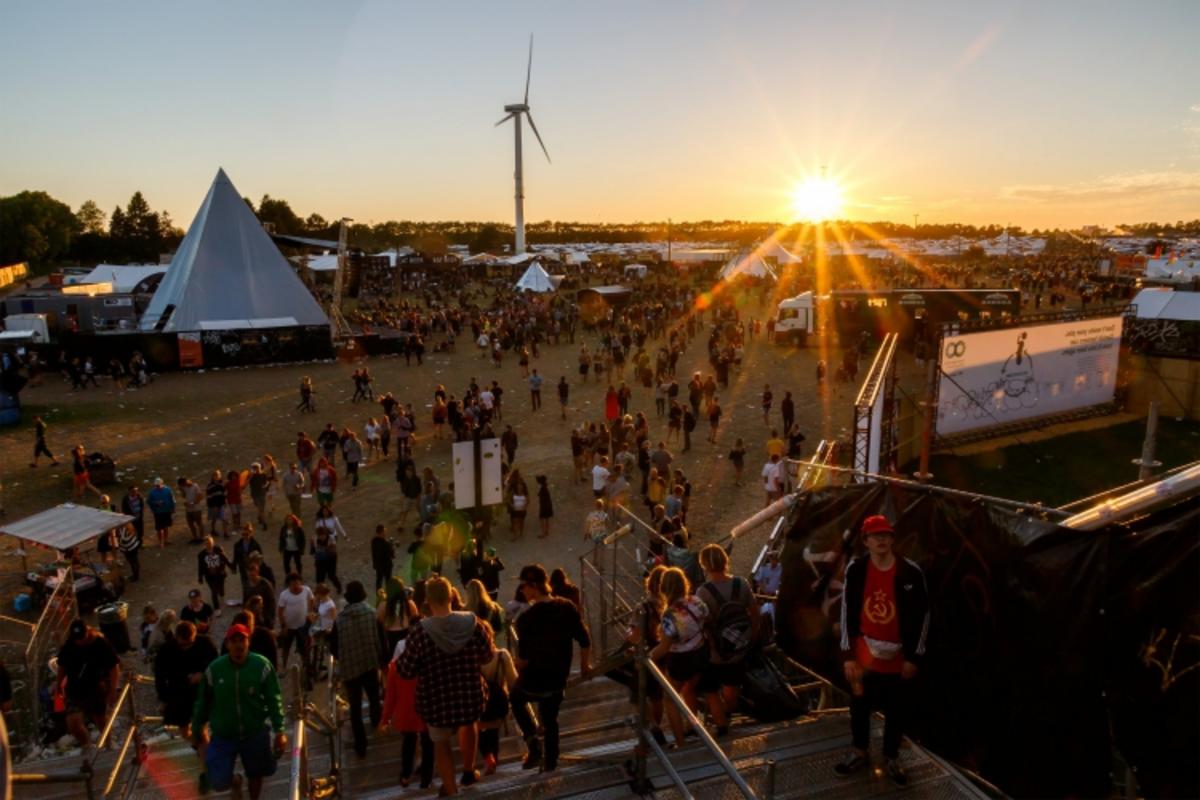 Remember What It's All About

The first Roskilde was put on in 1971 by two high schoolers who organized 20 bands to play over the course of two days. Thereafter, control of the festival was transferred to the Roskilde Foundation, which turned it into a non-profit for development and support of music, culture and humanism. Fifty full-time employees and more than 30,000 local volunteers to make the festival a reality each year and when all is said and done, the proceeds end up going toward initiatives that benefit children and humanitarianism. At the end of the week when you’re exhuasted and bursting with memories, you can collapse into bed and rest easy knowing you supported a good cause.