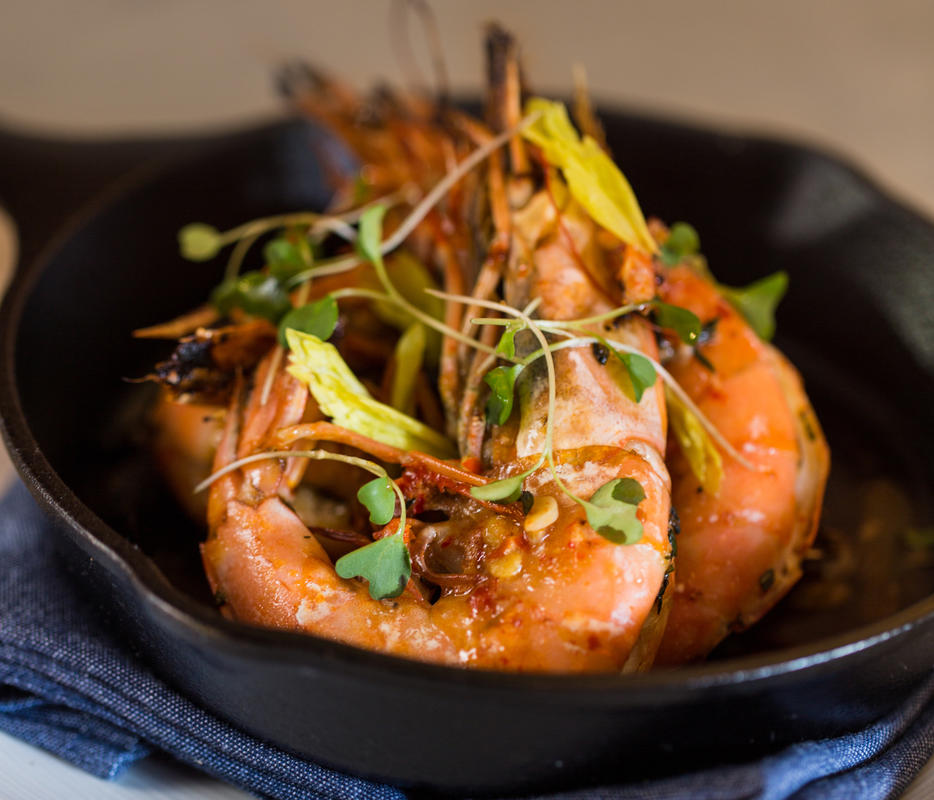 Try a Bite, Take a Drink

Louisiana’s cuisine is so delicious and diverse, the state crafted a culinary trails map to help visitors try all the state's specialties. Use it to try crawfish and boudin in Bayou Bounty in the south of the state or fried chicken and cornbread in the Delta Delights of northeast Louisiana. And, since Louisiana is the country's second largest seafood supplier, you have to take a trip through the Seafood Sensation Trail in the Southwest and try some of the freshest oysters, crab and shrimp you'll ever have. Don’t miss some of the state’s other staples either, such as beignets, po’boys and gumbo.

While the state is certainly known for its fabulous Cajun and Creole cuisine (yes, there’s a difference), it also has its fair share of libations and is known for creating America's first cocktail, the Sazerac. Louisiana offers numerous craft breweries, wineries and distilleries, many of which are available to tour. 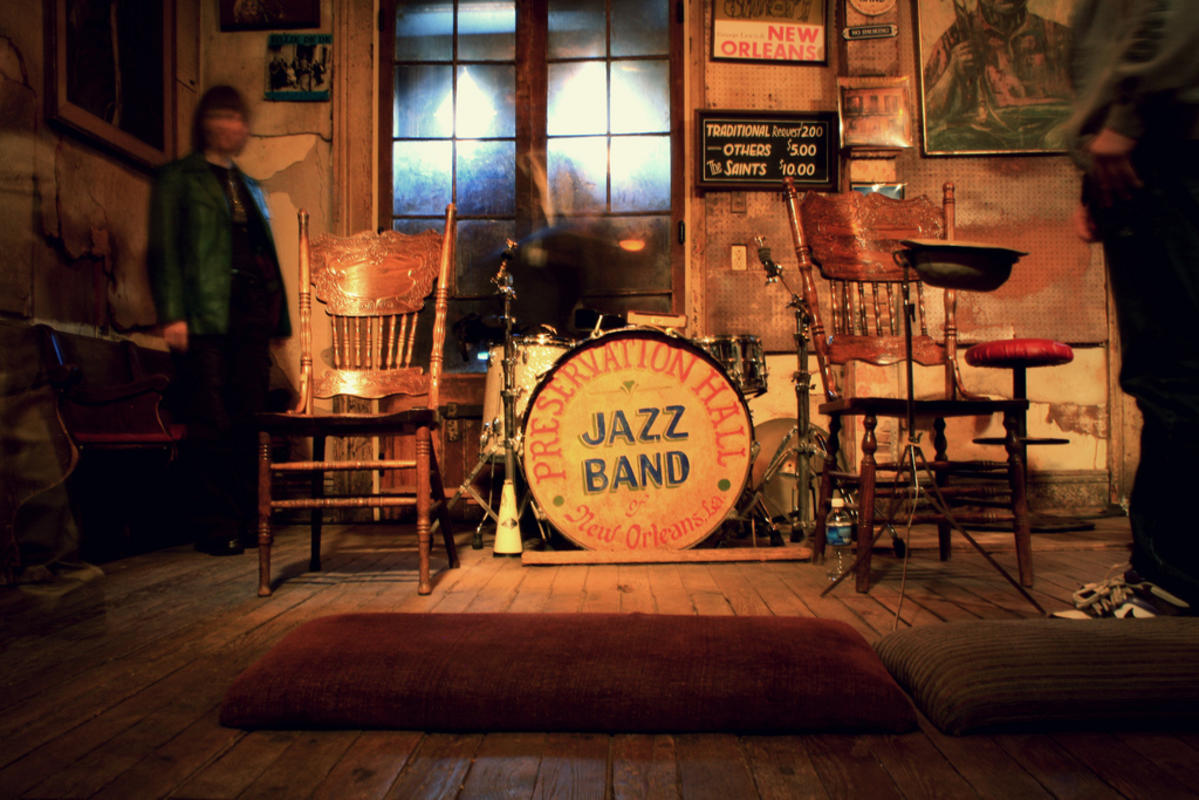 There are few things more uniquely Louisiana than its live music scene. From east to west, north to south, the state is dancing with honky-tonks, juke joints and dance halls. Whether it’s stunning, historic venues or hole-in-the-wall spots you’re looking for, Louisiana has plenty of options. Principal on that list should be New Orleans’ Preservation Hall, established in 1961 to honor traditional New Orleans Jazz.

If you're looking for an authentic Zydeco breakfast, complete with live music and bottomless Bloody Mary's and mimosas, head to Buck and Johnny’s in Breaux Bridge.

The historic Shreveport Municipal Auditorium is a must-see. It was home to the Louisiana Hayride, known for booking artists a bit too racy for the Grand Ole Opry. The radio show was so popular that a 25-station network was set up to broadcast portions of the live show, and it was even heard overseas on Armed Forces Radio. The auditorium has seen the likes of Hank Williams, Johnny Cash, James Brown, Aretha Franklin and Elvis Presley. It's also where the famous line, "Elvis has left the building," was spoken.

Teddy’s Juke Joint, roughly 15 minutes north of Baton Rouge, is the quintessential blues club. Run by Teddy Johnson, who was born and raised in the house-turned-club, and his wife Nancy, the juke joint is known for booking both famous and local acts and touting some of the best home-cooked food around. Plus, guests enjoy some added festivity courtesy of the Christmas lights hung year-round. 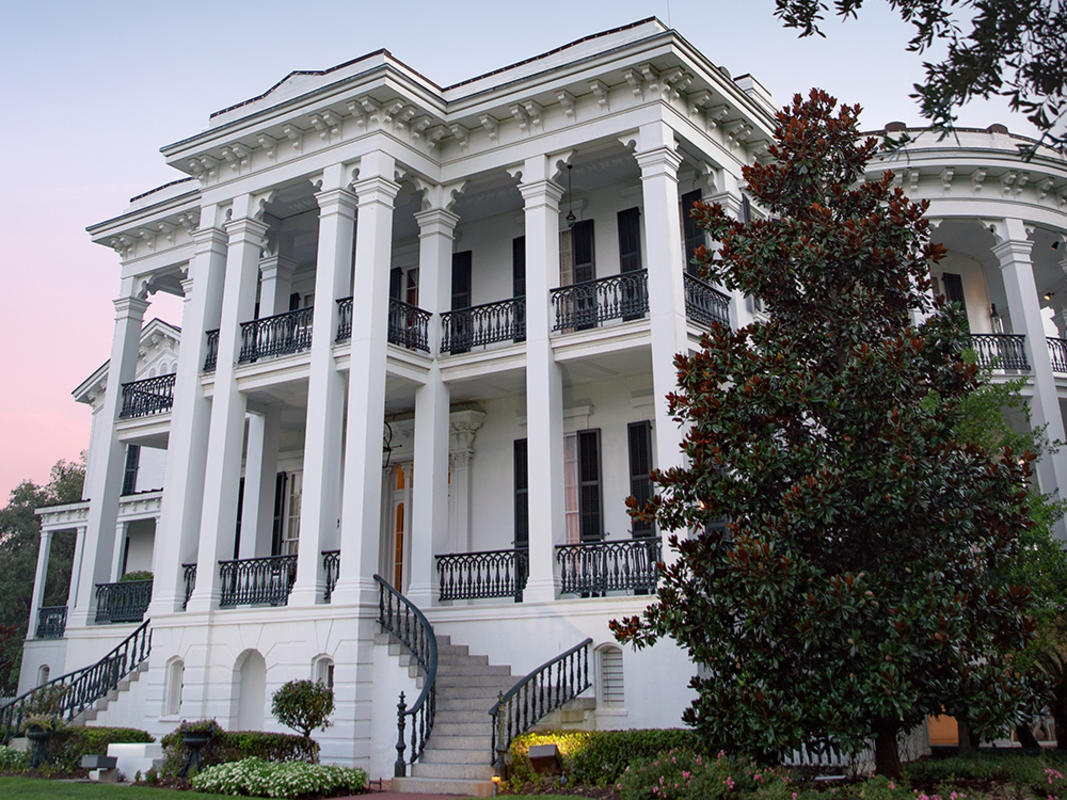 Louisiana's rich food and music are matched by its history and culture, all of which can be experienced through one of the many tours in the state. Tap into “the other side” with a New Orleans Ghost tour. This walking tour makes nine stops through the city and offers the option of an extended tour with five additional stops. Guides delve into the haunted locations and history of the deceased. Explore more of the paranormal by stopping by the St. Louis Cemetery No. 1, where you can visit Voodoo priestess Marie Laveau’s tomb; the LaLaurie Mansion, where tortured souls are rumored to still haunt the grounds; or Louisiana's Old State Capitol in Baton Rouge, where the ghost of a legislator who died during a speech still lingers in the neo-Gothic-style building.

Many of the local plantation tours also feature some paranormal activity. The Magnolia Plantation in Natchitoches, featured on “Ghost Adventures,” is known for its tapping noises that were captured during filming and its connection to Voodoo. The Myrtles Plantation in St. Francisville, known as “one of America’s most haunted homes,” offers the option of day tours, evening tours, and bed and breakfast rooms and suites if you dare to stay the night.

If the supernatural isn't your thing, peek into history and colonial-style beauty with some of the state's other top plantation tours. Check out the Plantation Parade that tours four locations — Oak Alley Plantation, Houmas House Plantation and Gardens, Laura Plantation: Louisiana's Creole Heritage Site and San Francisco Plantation — between New Orleans and Baton Rouge. See everything from stunning, lush gardens to exhibits honoring the slaves that fought for their freedom.

Another must-do is visit the state’s beautiful swamplands. Take a kayak, airboat or tour boat through some of the state’s stunning marshes. Wind through the tranquil rivers of Louisiana and see wildlife as you take in the beauty of the moss-covered cypress trees. 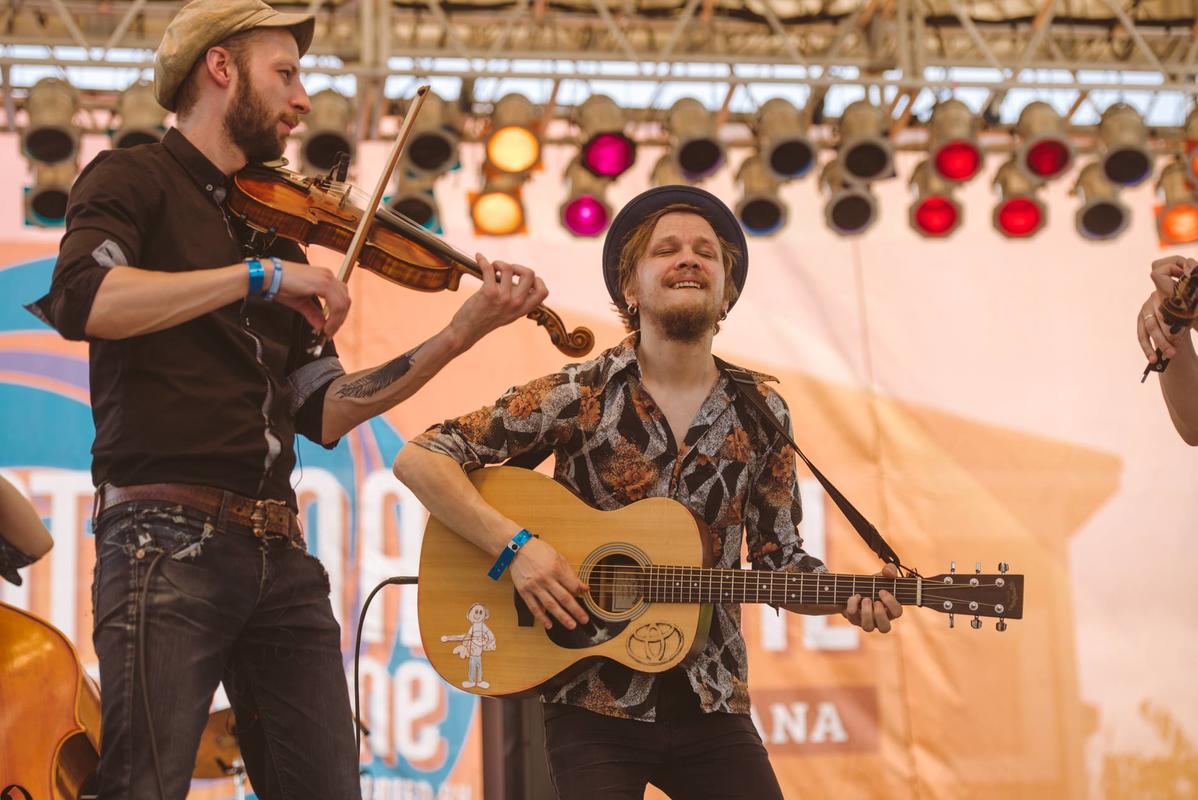 Louisiana is home to more than 400 magical, vibrant and exciting festivals each year. One of the most popular is the state’s Carnival season, which lasts several weeks and culminates at midnight on Mardi Gras day with a celebration unlike any other. But the other 399-some festivals are pretty phenomenal, too — like festivals focused on anything from strawberries in April and crawfish in May to peaches in June and rice in October. That’s right, there’s a whole festival for rice, and it’s nothing short of fantastic. After all, you can't have gumbo, étouffée or jambalaya without rice.

Don’t miss the music and cultural festivals, either. Mudbug Madness in May has been recognized by the Southeast Tourism Society as one of the top 20 events, and the Shreveport festival boasts the convergence of some of the best Cajun music and food. The Red River Revel, also in Shreveport, has been a staple for 43 years. It runs from the end of September into early October and is the largest outdoor festival in northern Louisiana.

The West Baton Rouge Kite Fest Louisiane in April is like nothing you’ve ever seen. With hundreds of kites and a firework show in the evening, it’s the making of a perfect day. Just bring some lawn chairs and prepare to be in awe.

Festival International de Louisiane at the end of April is the largest international art and music festival in the United States. With more than 300,000 attendees enjoying music and art from more than 20 countries, this free five-day festival is a mecca of cultural inspiration. 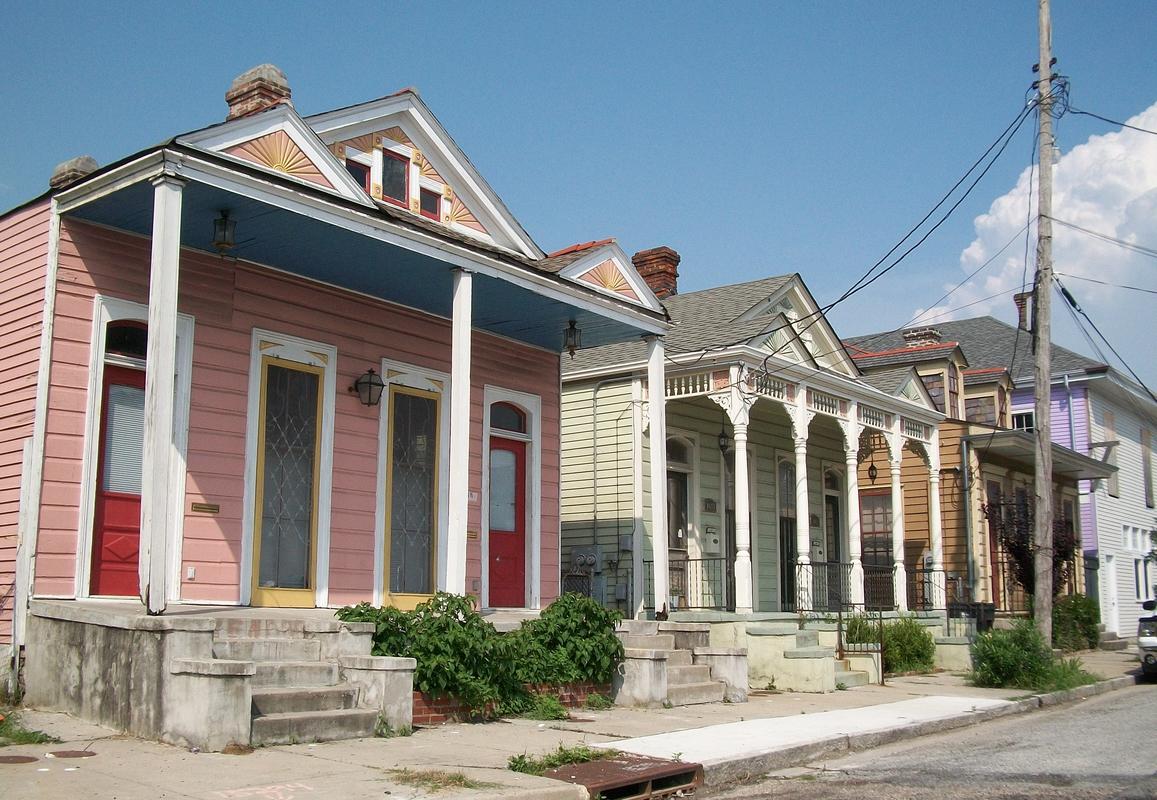 Take the opportunity to visit the sites that have become part of our nation's history. The Port Hudson State Historic Site, where Union and Confederate troops met for the largest siege in U.S. military history, has a museum, guided tours and scenic overlooks. Civil War battle reenactments and other Civil War sites — like the Rosedown State Historic Site, home to 13 historic buildings and 371 acres of lush garden and former plantation land, and the Chalmette National Cemetery, the site of the Battle of New Orleans in the War of 1812 — offer a peek into the history of the state. A trip to the National World War II Museum is another must-see stop. The museum's “Dog Tag Experience” gives visitors the identity of a fallen soldier and allows them to learn more about his or her experiences during war.

Learn more about the Louisiana's history through the African-American Heritage Trail, which has numerous sites throughout the state. If you're in New Orleans, visit the French Market, where as early as the 1700s, enslaved blacks, Free People of Color, Native Americans and whites would trade goods. Now, visitors can still find a variety of imported jewelry, clothing and wares, along with homegrown vegetables and local music. Then hop over to Congo Square, a spot where enslaved people would gather to trade, talk, sing and dance before the Civil War. Take time to stop at St. Augustine Catholic Church, one of the oldest churches in the United States for African-American Catholics, to get a feel for the real heart of Creole culture.

Louisiana is home to vibrant, diverse and delicious cuisine. Understand how that came to be with a visit to the Southern Food and Beverage Museum in New Orleans. It's just over a decade old and offers insights into the history of po’boys, crawfish, beignets and other Louisiana fare.

Another option for museum-goers is the Louisiana Arts and Science Museum in Baton Rouge, which is home to more than 3,000 works of art and artifacts. Enjoy exhibits like the Universe Gallery, which features the most recent images from the Hubble Space Telescope, NASA and JPL spacecraft. Or explore the Ancient Egyptian's afterlife beliefs in the museum's Ancient Egypt Gallery. 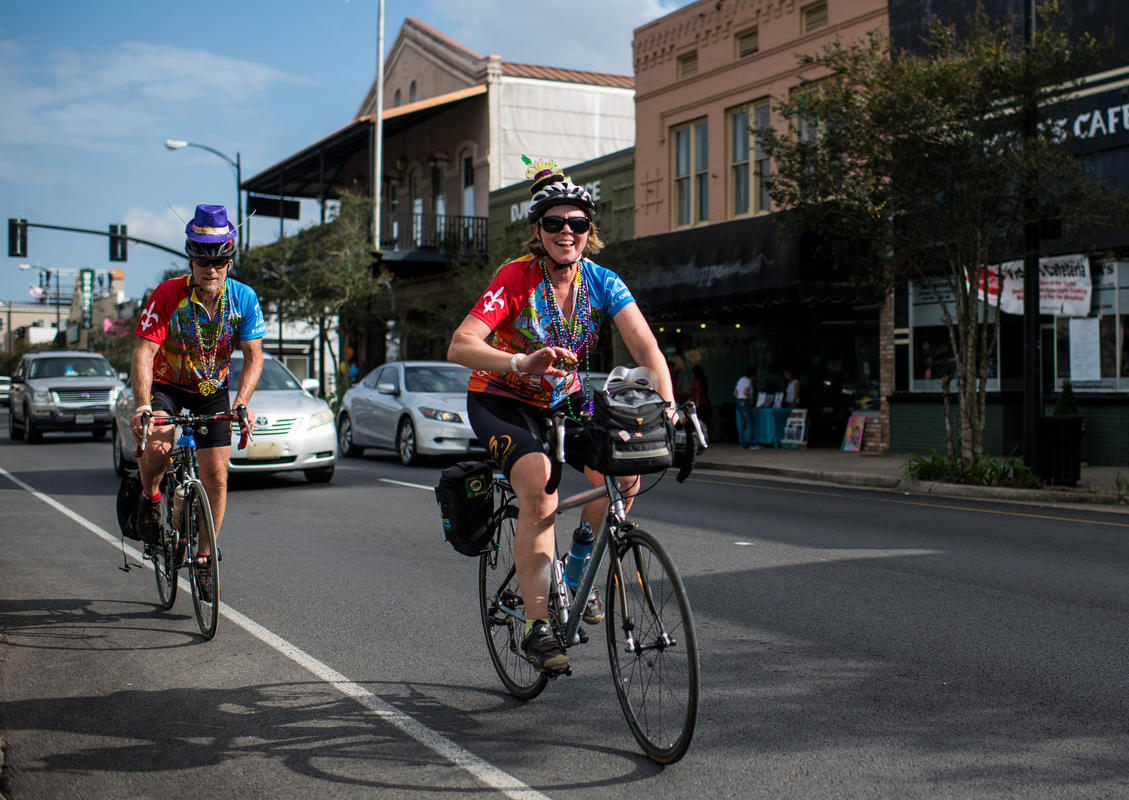 Escape the city and enjoy some of Louisiana's stunning landscapes and outdoor activities. With so many options, from the state’s Audubon Golf Trail to the dozens of state parks that offer kayaking, fishing and hiking trails, there's plenty for the whole family to enjoy.

Whether you're a beginner or a more seasoned golfer, the 15 courses in the Audubon Golf Trail designed by some of the all-time golf greats like Arnold Palmer, Davis Toms and Pete Dye, offer a variety of difficulty levels.

Chicot State Park, the state’s largest park at 6,400 acres, has plenty of beauty to offer visitors, plus mountain biking, fishing and the option to camp in one of the park's floating cabins. Visitors can go for a scenic bike ride along the Mississippi River or join other riders in one of the state’s cycling events, like Cycle Zydeco in April or the Ragin' Cajun Country Bike Tour in October.

The state also offers both freshwater and saltwater fishing, so try one of many fishing charters or just get your feet wet with surf fishing along the coastal areas of Louisiana.

So, whether you cast a line in one of the state parks, follow a culinary trail to the most delicious food you've ever tasted or explore the paranormal with a ghost tour, there's no shortage of ways to experience Louisiana's vibrant culture.