For the Daredevils — Sky Diving, Bungee Jumping and Base Jumping

Ready to tempt fate and conquer your fear of heights? Plunge at defying speeds in one of these ultra extreme sports. Whether it is down under, off a bridge, off a volcano or down the block from your house, it’s just one of those moments you have to feel to believe. Get ready for an incredible journey because you only live once. 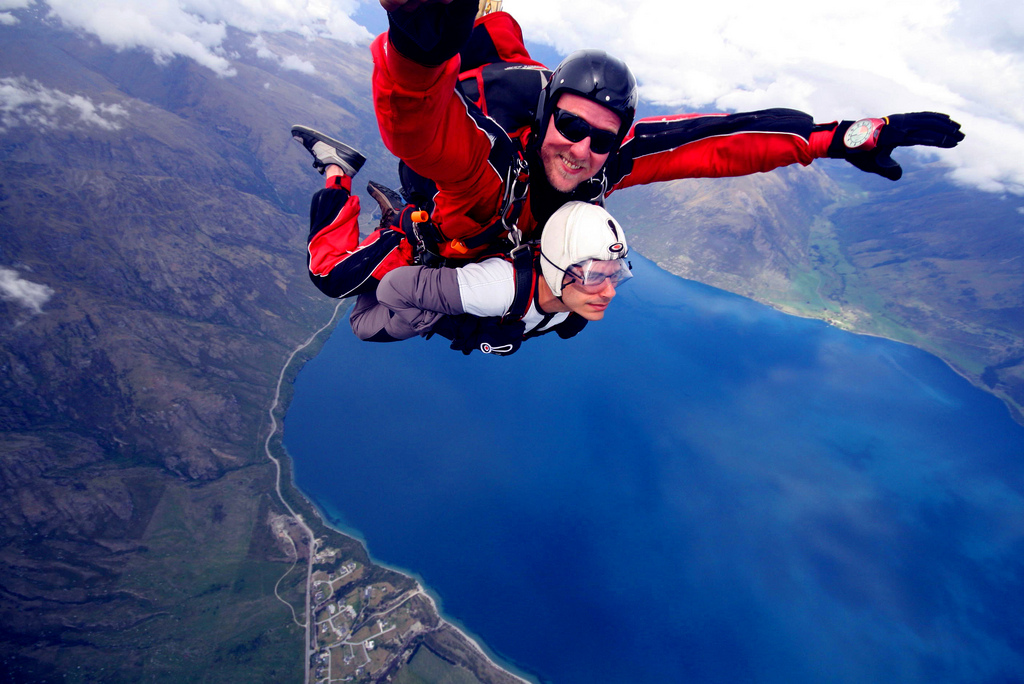 Your parents may kill you which is part of the draw, but why on earth would anyone want to jump out of a plane you ask? For the five second rush of freefall. Complete weightlessness. The thrill. That heart pounding, adrenaline pumping moment where your mind is completely devoid of worry. Safer than you may think, they’re not just going to push you out the door and hope you remember to pull the shoot. The first jump is always tandem so you'll have a pro strapped to your back to guide you to the ground. But be warned because that split second rush is addictive. If you want to learn to sky dive on your own, you’ll have to complete a course that’s part classroom, part air time and complete 18 jumps with an instructor before you're allowed to go solo. 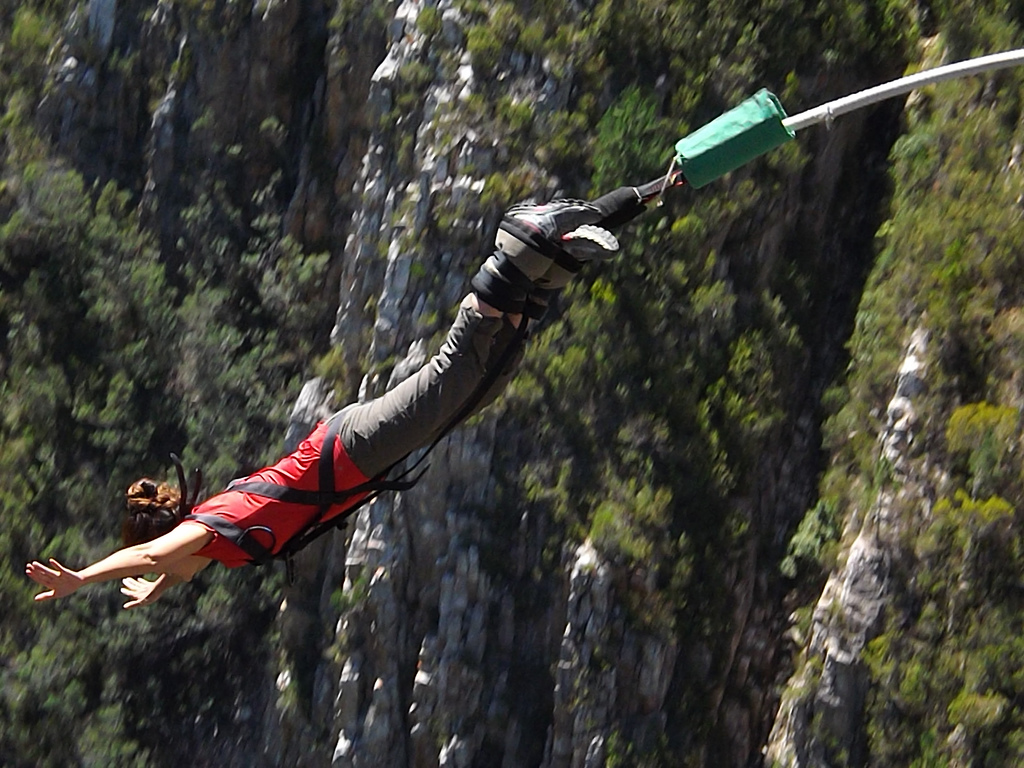 Ever wanted to plunge off the side of a building only to be snapped back to earth by a rubber band? Someone in England thought it sounded like a good idea as the first official jump took place back in 1979 off the Clifton Suspension Bridge in Bristol by members of the Oxford University Dangerous Sports Club. Bungee jumping became available to the public shortly after in 1986 in New Zealand. Those kiwis, always looking for a rush. 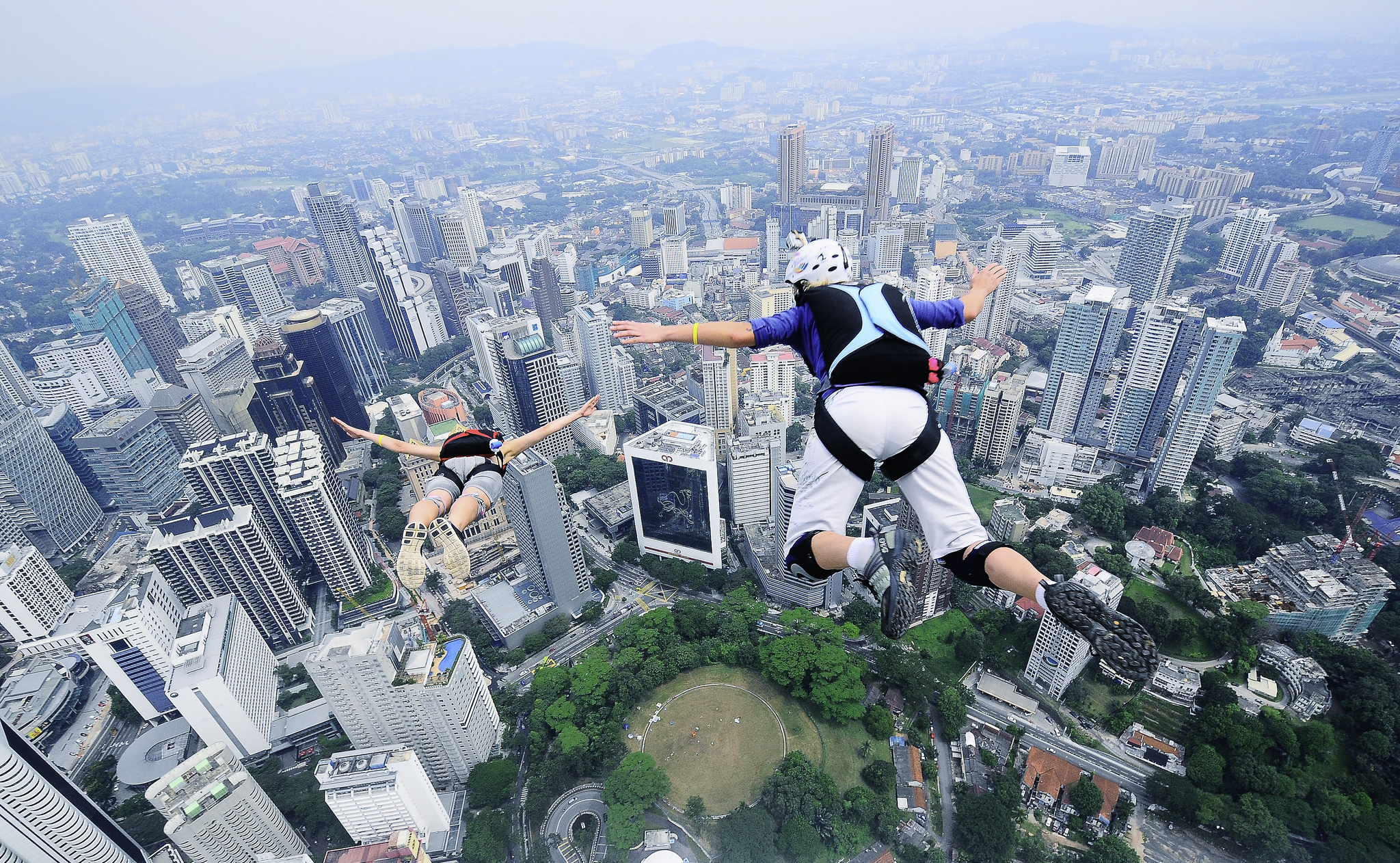 BASE jumping is the act of leaping from any solid surface with a parachute. Significantly more dangerous than either skydiving or bungee jumping due to the lower speeds, closer proximity to the ground and less regulated area to land, the acronym BASE stands for the four categories of fixed objects one can jump from: buildings, aerials, spans (bridges), and earth (cliffs). With less time to correct the course if something goes wrong, it’s a sport reserved only for the most extreme daredevils. Awards are even given to those who’ve achieved a jump from each of the four categories.

Peak Baggin': Can you brave the Everest of America?