After spending several weeks in India I crossed through the wild Himalayan landscape to Nepal's majestic capital -- Kathmandu. Kathmandu brings to mind images of temples, markets and a wide array of international travelers. Surrounded on all sides by the ever-present Himalayas, Kathmandu has been a crossroads of adventure seekers for thousands of years, a custom that is very much alive today.

Kathmandu is fascinating at every turn, and some prefer to just wander, seeing where the congested streets will lead them. I found myself drifting aimlessly amongst the locals, markets and one of-a-kind temples. On my third day I met my group and guide that would be with me during my long awaited trek to Everest Base Camp. 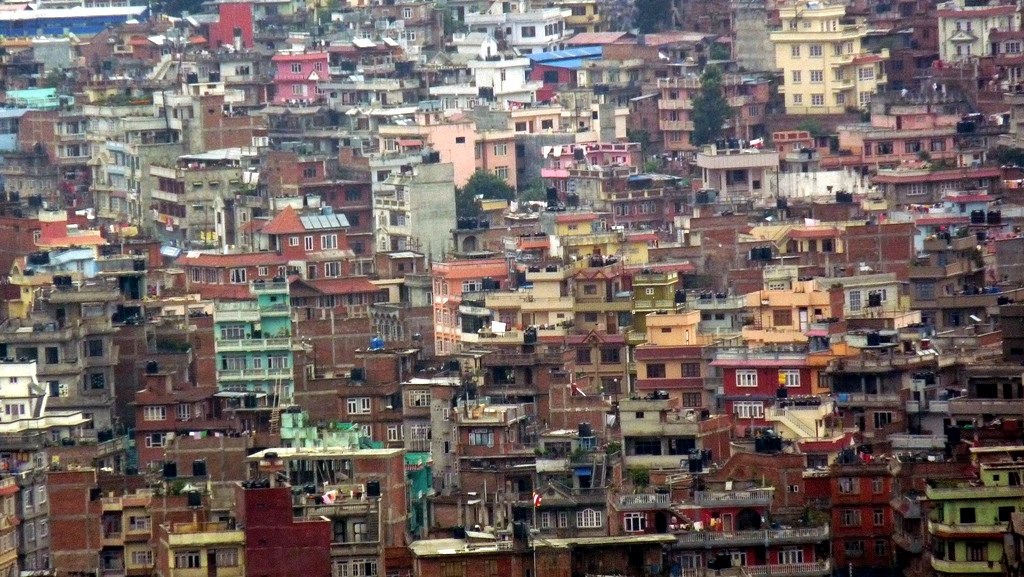 I had planned to trek to the base of Mt. Everest well over a year in advance and it was hard to believe today was finally the day. Summiting Everest is the ultimate goal for mountaineers from all over the world. My goal was to reach the mountaineer's base camp, a difficult achievement in itself. The first step was to board the small plane into Lukla --- it was nauseating, though an exhilarating beginning to the trek. The runway is at a slope allowing the planes to slow down faster upon landing and speed up upon take off.

After arrival in Lukla we spent the next 3 hours traversing through woods along the Dudh Kosi to Pakding. This was an easy first day, mostly level ground and the weather was perfect. Occasionally I had to step off the trail for the first of many passing yak caravans carrying various equipment and supplies. We spent a night in Pakding and day two was a long 6-hour hike to Namche Bazaar. We stopped in Namche, after 2 days of trekking, to acclimate, which allowed us to explore this little town tucked away in the Himalayas. With multiple trekking supply stores lining the streets, there are even a few Internet cafes and bakeries. This is a town like no other --- every item has been hand carried up by either a yak or Sherpa.

Leaving Namche was the first time that I could clearly see Everest in the distance. Picturesque forests, and suspension bridges crossing the river made this a long, yet peaceful 7-hour walk to Tengboche. By this point we had reached 3810 meters. The morning view from Tengboche was one of the best I've ever seen -- crystal clear skies and awe-inspiring mountains. Another 6 hours and 600 more meters, we arrived in Dingboche. We spent a day in Dingboche for acclimatization, as well as time to hike up the nearby Chukung for a view of the surrounding Imja Khola valley.

The following morning we departed Dingboche and got as far as Dukla, where we stopped for lunch. The snow began, and continued for the next several days of our journey. We trekked another two hours to Lobuche, where we stopped for the night. I remember this night vividly as the temperature reached freezing -- and power was no longer an option in our rooms. 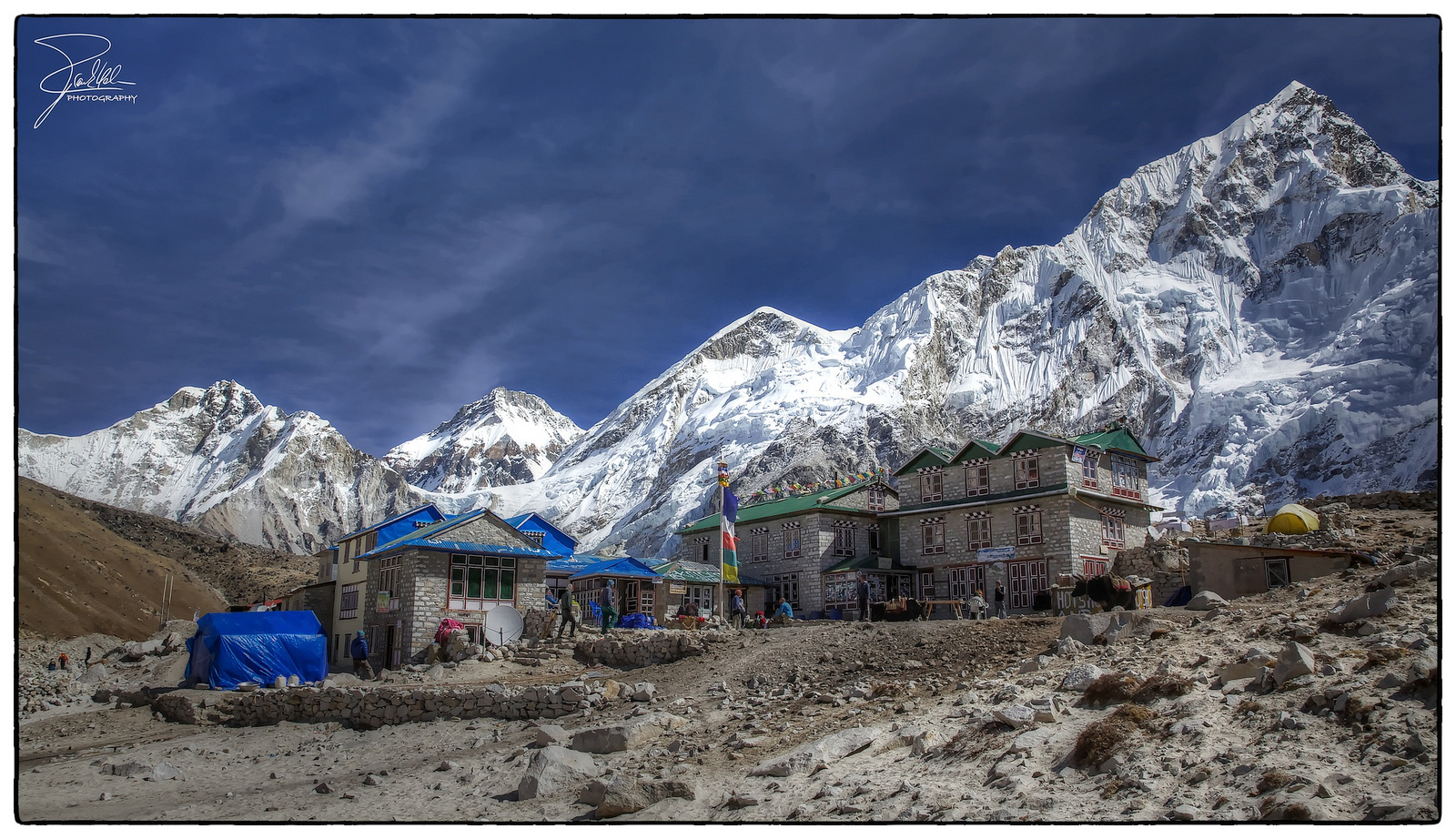 We had a 5 a.m. wake up call for the 5-hour hike from Lobuche to Gorak Shep. The morning was clear but the previous nights' snow made the trail more difficult along with the continually worsening path. Along the route there are monuments to Sherpa who have died in avalanches as well as monuments to past climbers. The affects of altitude began to set in, making the climb all the more difficult. After reaching Gorakshep for an early lunch at 10:30, we departed for the final leg of the expedition, a 3-hour walk to Everest Base Camp along the Khumbu Glacier. The last leg is one of the hardest as you're trekking over jagged rocks and fighting blistering winds -- not to mention altitude-inducing lethargy that makes the journey seem endless.

This is it, what I have traveled to the other side of the world and hiked for over a week to reach - Everest Base Camp. Experienced climbers spend days here acclimatizing and preparing for the long trek ahead. We enjoyed whatever snacks we had carried as well as apple pie from the, believe it or not, Everest Bakery. After taking in the views, we hurried back towards Gorakshep for the night. Despite altitude exhaustion, the hike back was only 2 hours. A blizzard had set in and icicles began to form around my hooded jacket and I was ready to collapse.

There was an option the following morning to get up at 4:30 a.m. and hike to a nearby summit. No one could move. At 5:30, I ventured out on my own into the vast Himalayan scenery. After an hour walk, I had climbed an additional 300 meters in time to watch the sunrise over the summit of Mt. Everest. It was worth every blister and labored breathe.

If you are considering Everest, go for it -- it is one of the most unique places and experiences on Earth.