Design Lovers: Embark on an Architectural Tour of Germany

When you imagine Germany, you likely picture Bavarian towns and old-world charm. While ancient touches are certainly one element of the country’s culture, there are other styles of influence that convey a modern, contemporary powerhouse. To get a well-rounded picture of Germany’s unique architectural marvels, you simply must visit these UNESCO World Heritage sites dedicated to design.

Bauhaus and Its Sites in Weimar, Dessau and Bernau

Set to celebrate 100 Years of Bauhaus, this UNESCO World Heritage Site will play host to several celebrations in 2019. An avant-garde school of design, the Bauhaus School is as impressive architecturally as the works housed inside. Bauhaus translates to “construction house” and is celebrated for an aesthetic that's characterized by minimalistic, clean lines and geometric shapes. The movement played a vital role in the transition to modern and contemporary architecture. If you feel inspired by the buildings around you and want to have a unique overnight stay, you can "sleep like a Bauhausler" by staying in the former student rooms at the Studio House. Rates for a one-night stay in a single room start at around 40 euros a night.

When they were first introduced in the early 1900s, the six Modernism Housing Estates in Berlin were a huge departure from the traditional style of housing in Germany. The stark white buildings were designed with clean lines and bright light, making for a welcome addition to the neighborhoods and ultimately influencing the way homes were designed around the world for years to come. 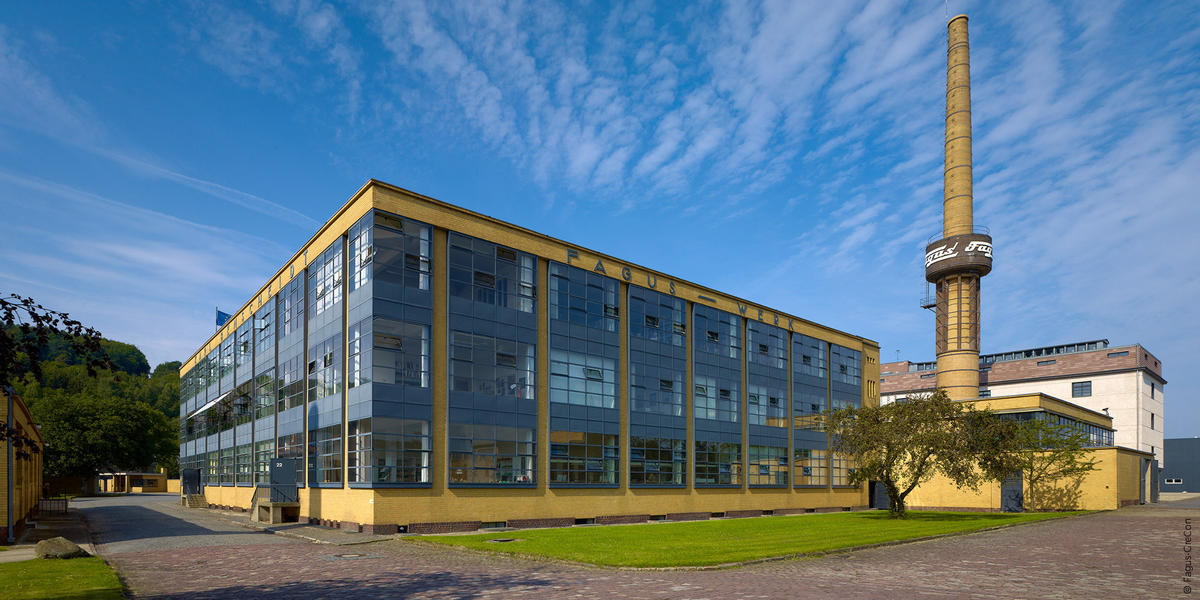 Considered the first truly modernist structure in the world, this boxy building with floor-to-ceiling windows marked the beginning of contemporary design in Germany. While the building is still a working Fagus lasts shoe factory, it also hosts a series of concerts and exhibitions throughout the year as well. It was named a UNESCO World Heritage Site nearly 100 years to the day that work first began.

The Architectural Work of Le Corbusier

Referred to as a star architect ahead of his time, the work of Charles-Édouard Jeanneret-Gris, better known as Le Corbusier, was so beloved delegates from seven countries nominated 17 of the buildings he designed to be placed on the World Heritage List. Today, the buildings at new Weissenhof housing estate in Stuttgart remain as a testament to his visionary work. Though the entire estate was originally comprised of 33 buildings back in 1927, only 11 are still standing. Showcasing more contemporary features that you'd expect to see in a 21st century home, the semi-detached housing is light, sleek and airy — all just proof that Le Corbusier was a man ahead of his time.