The UAE wasn’t always the thriving, cosmopolitan hub it is today. Before the discovery of oil, Bedouin settlers engaged in pearl diving, date farming, camel rearing, and fishing to make a living. Homes were simple and often temporary as many tribes were nomadic. Due to their strategic location on the coast of the Arabian Sea, the seven emirates that form the UAE needed to defend themselves from foreign powers looking to dominate and control major trade routes.

Take a step back in time to appreciate the dramatic change in the landscape of the UAE by embarking on a day trip to any of these iconic forts. 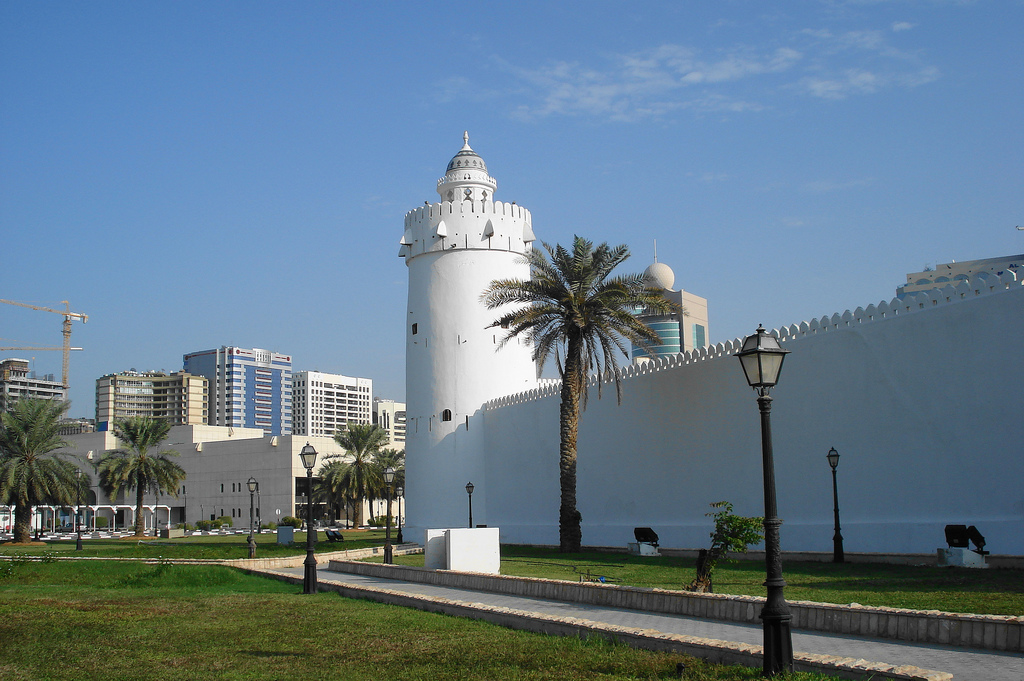 The former residence of the ruling Al Nahyan family, Qasr Al Hosn is Abu Dhabi’s oldest building. One of the UAE’s most historically significant forts, it was constructed in 1761 in the coral stone style of architecture, typical of many heritage buildings across the desert landscape. Crushed seashells mixed in mortar create the sparkle in the fort’s walls, hence the name “The White Fort.” Originally a watchtower built to protect a newly discovered source of freshwater, in the 1790s, the fort provided a fitting residence for the ruling family who continued to live there until 1966.

In the early 1960s, the fort was painted a white lime wash but in recent years it was discovered that the paint was damaging the structure by trapping corrosive moisture in the coral bricks and thus renovations are underway to restore the original coral. The fort also hosts the Qasr Al Hosn Cultural Festival in February each year to showcase Emirati traditions, folk music and art. 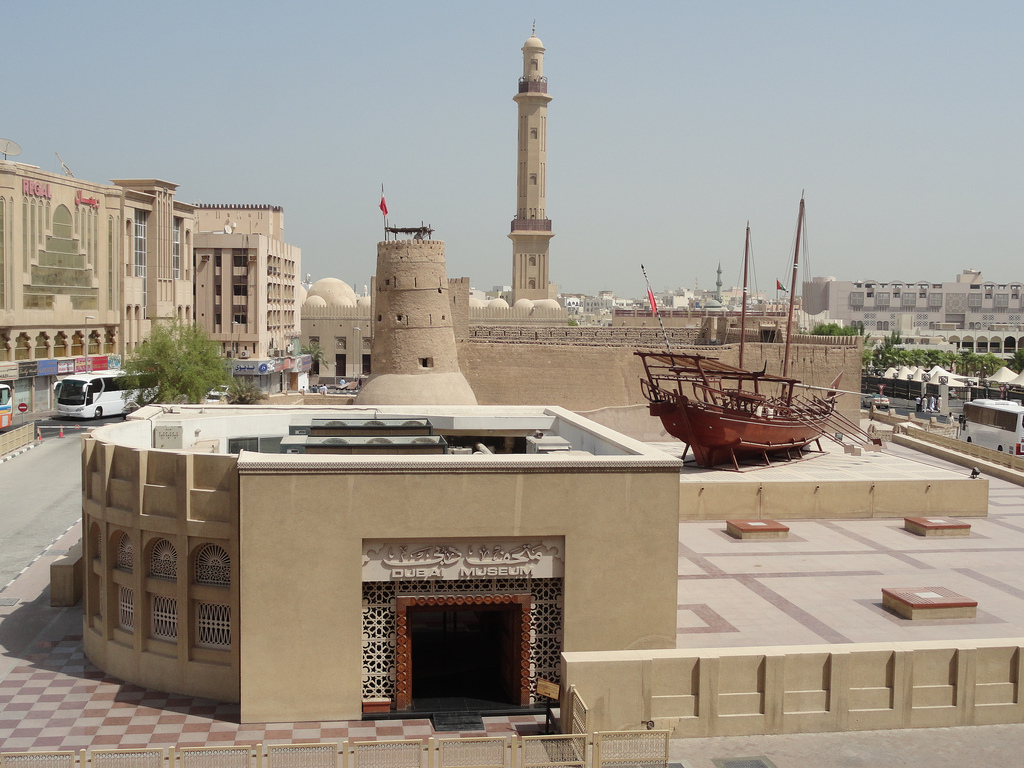 In the heart of old Dubai and easily accessible by the Dubai Metro, the Al Fahidi Fort is a historical gem that serves as a window to the city’s humble past as a fishing and pearl diving center. Built in 1799 in a strategically important location close to the Dubai Creek, the fort consists of three watchtowers designed to keep an eye on anyone arriving by sea, as the ruler’s residence housed a prison and ammunition storage facility.

Today, the fort is home to the Dubai Museum, a must-see for any tourists curious about the UAE’s harried history. Wooden dhows, weaponry, cannons, and musical instruments are just a sampling of the interactive exhibits you’ll find. Wander the narrow alleys as you explore the streets of a model souk where spice traders and blacksmiths are hard at work. Pass by a madrassa (school) and peer into a classroom to see children intent on their lessons. Step into a Bedouin summer home made of palm fronds and mud, with a majlis or seating area, bedroom, and traditional décor. Other exhibits depict life on a date farm, camel farming, and maritime activities like fishing and pearl diving. 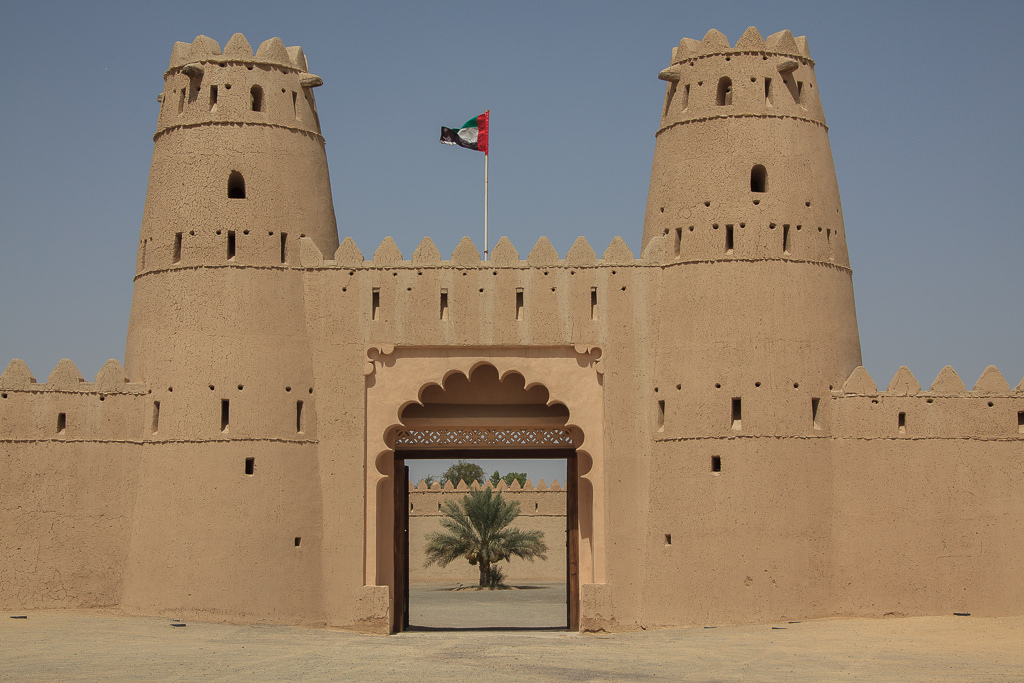 Built in 1898 on the orders of Zayed The First, Al Jahili Fort is one of the largest and most impressive forts in the UAE. Located in the oasis of Al Ain, it was the summer home of the ruler and helped to protect the fertile oasis, while maintaining peace among the Bedouin tribes. Constructed using mud brick to cool the walls, during the course of later renovations, cold water pipes were embedded into the mud plaster to maintain an internal temperature at 22°C. Like other period forts in Al Ain, Al Jahili consists of two main buildings; a square fort, and a round four-tiered watchtower. As part of the original construction, a mosque was also built on the grounds.

Since late 2008, the fort houses a cultural center open to visitors looking to learn about the region’s history, and an exhibition to honor the British explorer Sir Wilfred Thesiger, who traversed the Empty Quarter in the 1940s and shared a warm relationship with Shaikh Zayed Bin Sultan Al Nahyan. Don’t miss the video documentary on the life of Thesiger, often referred to as “Mubarak Bin London.” 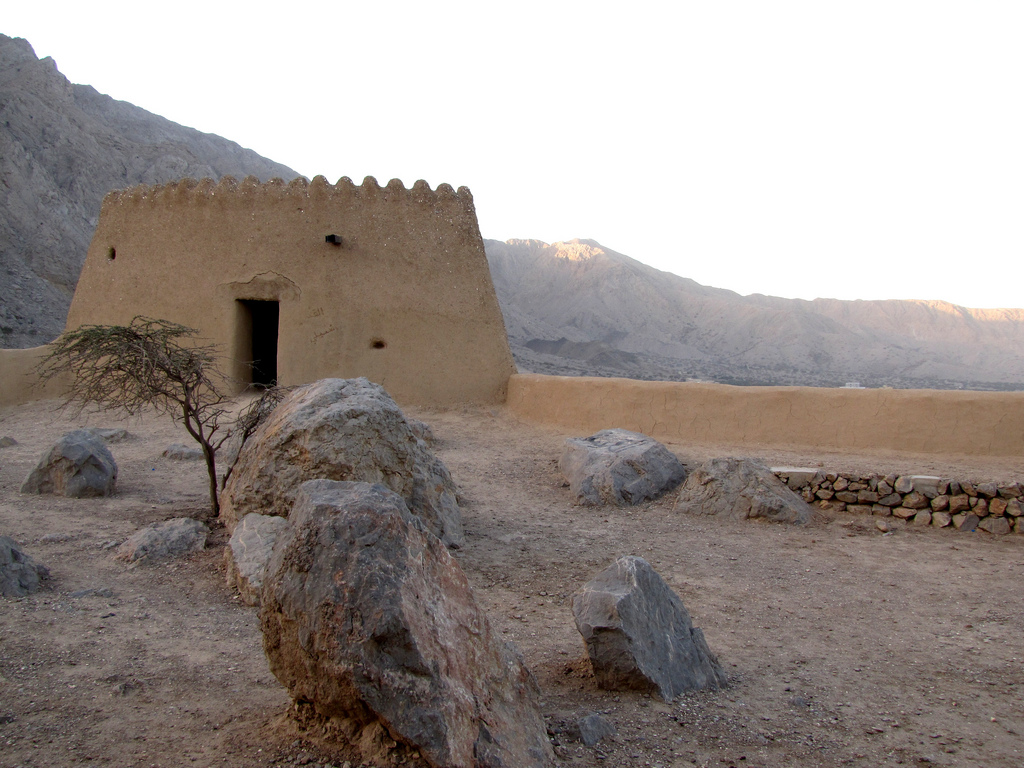 An important military fortification in the UAE, the Dhayah Fort in northern Ras Al Khaimah played a crucial role in the defense of the emirate during the British invasion before occupation in late 1819. Its location on top of a mountainous dune offers panoramic views of the surrounding area and coastal roads, flanked by the Hajar Mountains, which at one point was of important strategic significance.

More recently, expedition teams discovered a graveyard dating back to the second century BC with gold jewelry and small personal items. The views are worth the long climb to the top, but for more insight into the area, you can also take a guided tour of the region.

Perched on a hill in old Fujairah, the sand-colored Fujairah Fort rises to a height of 65 feet above sea level and was built in the 16th century. It consists of three circular towers and a fourth building, a square hall, constructed using locally available materials such as rock, gravel, gypsum, hay, and clay cemented together with lime plaster. Serving as an office of the ruler and protection from the coastal storms, weddings, festivals, religious celebrations, and public executions were held in the square hall. During its historical past, the fort also housed a prison and a date fermenting facility.

The fortress has been renovated many times since surviving a British invasion in 1925, while ensuring that only materials available in the original structure were used. Entrance is free for visitors to climb up to the top and enjoy sweeping views of Fujairah city.

The 6 Best Day Trips in the UAE