Situated along an archipelago on the western coast, Sweden’s second largest city has been a hidden gem in the travel world for years. With half the population as Stockholm (and roughly 10% cheaper than it as well), Gothenburg is making second place cool again. Its historic city streets (some of which date back to the 15th century), bustling neighborhoods, and famed arts scene have been a favorite amongst travel experts for years. Somehow, despite all its accolades, Gothenburg has managed to remain relatively overlooked and underappreciated by tourists near and far — until now.

We partnered with Instagrammer Christie Sultemeier and Volvo’s Overseas Delivery Program to showcase the very best of West Sweden and the city of Gothenburg. The program allows American Volvo buyers the chance to visit Gothenburg, the birthplace of Volvo, and includes two round-trip flights on Scandinavian Air and a one-night stay in Gothenburg so you can enjoy a dream vacation unlike any other. We have a feeling Gothenburg will become your favorite European city in no time. 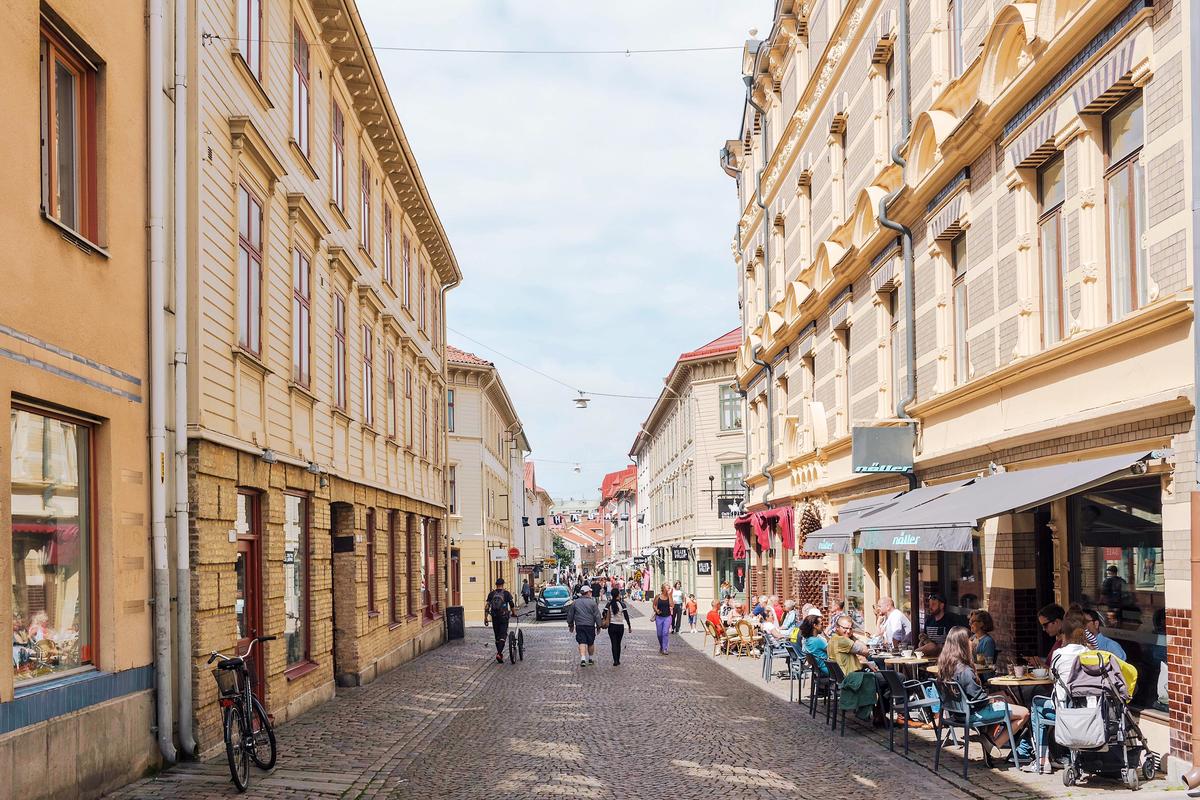 It’s got the “wow” factor

Built by the Dutch during the 1600s, historic Gothenburg is connected by a series of canals and moats which crisscross the city. Over the centuries, it evolved from a modest fishing village to a shipping and trade powerhouse. In the last half of the 21st century, Gothenburg transformed itself yet again. This time into a modern city, full of innovate architecture and design features with a catchy music and art scene. However, it never lost its historic charm. Haga, one of the city’s oldest neighborhoods, is full of quaint cobblestone streets, for example. Nicknamed “Little London” and “Little Amsterdam,” Gothenburg is now one of the most affordable and picturesque cities in Europe, complete with a well-maintained park system and dozens of amazing seafood restaurants. It’s hard not to fall in love with a city like this. 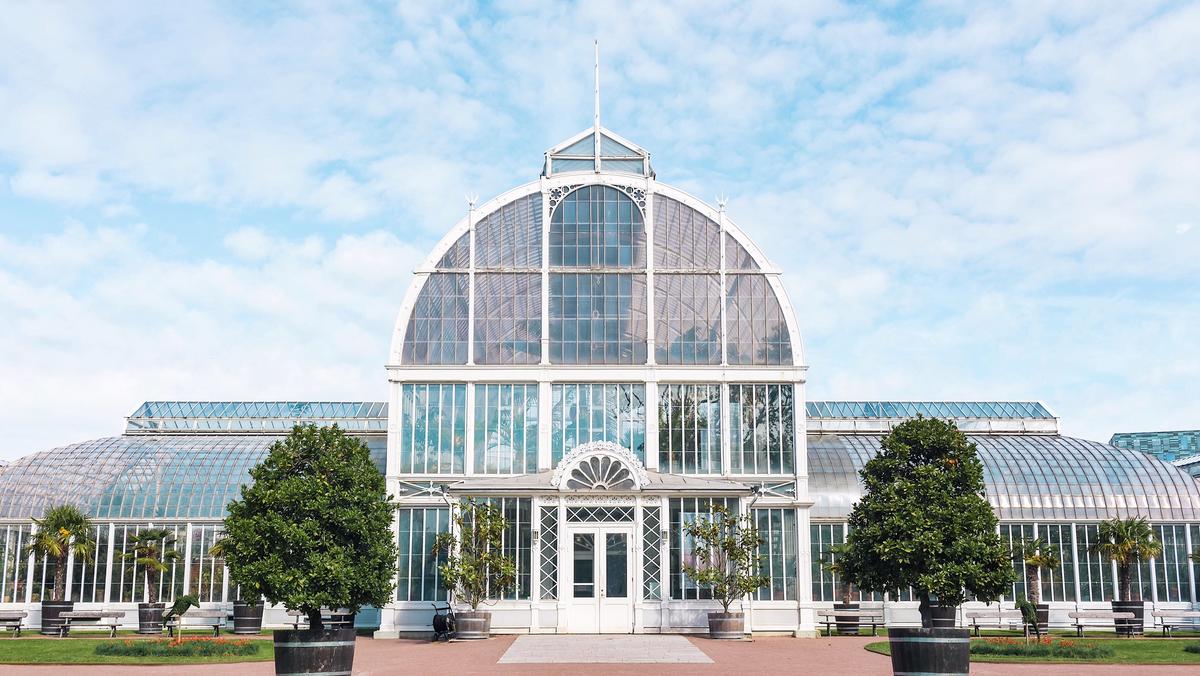 Getting around is easy

You’ll learn quickly it’s harder to figure out where you want to go in Gothenburg rather than how to get there. With a Gothenburg City Card from the Tourist Center at your disposal, you’ll gain free admission to dozens of museums and attractions throughout the city. In addition, transportation around the city by tram, bus, or boat is also included! Museums and sites included with the card include Gothenburg Botanical Garden, the Nordic Watercolor Museum, a boat trip to Vinga (the most western part of the Gothenburg Archipelago), and admission to Liseberg, the largest amusement park in Scandinavia. 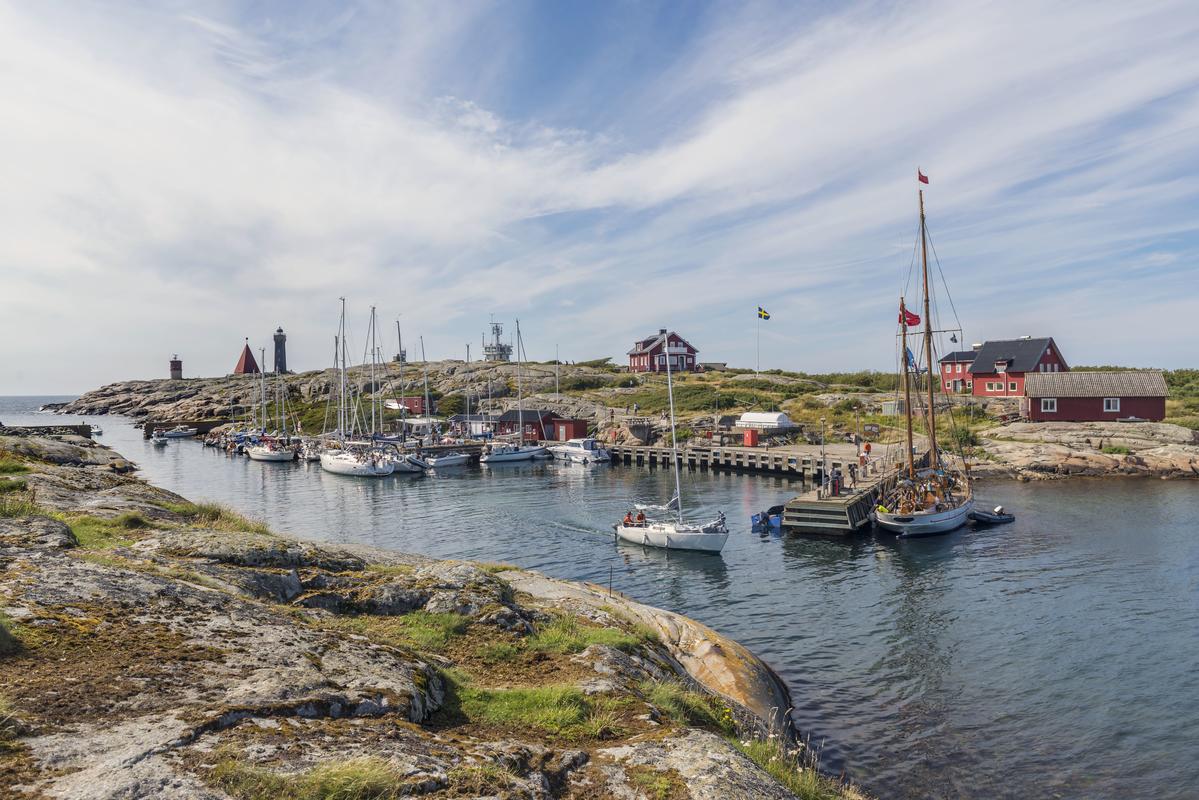 You can island hop

Island hopping is typically associated with travel in the Caribbean, but it's very much an activity you can pursue in Gothenburg. Because of its archipelago location, visitors and locals alike can escape to the seaside for a bit of adventure and some much-deserved rest and relaxation on one of 20 islands. All of those islands on the archipelago are easily accessed by ferry, which — you guessed it — is included with your Gothenburg City Card. While the southern islands are car-free, the 10 northern islands are accessible by car (which gives you a great excuse to really enjoy your new Volvo). 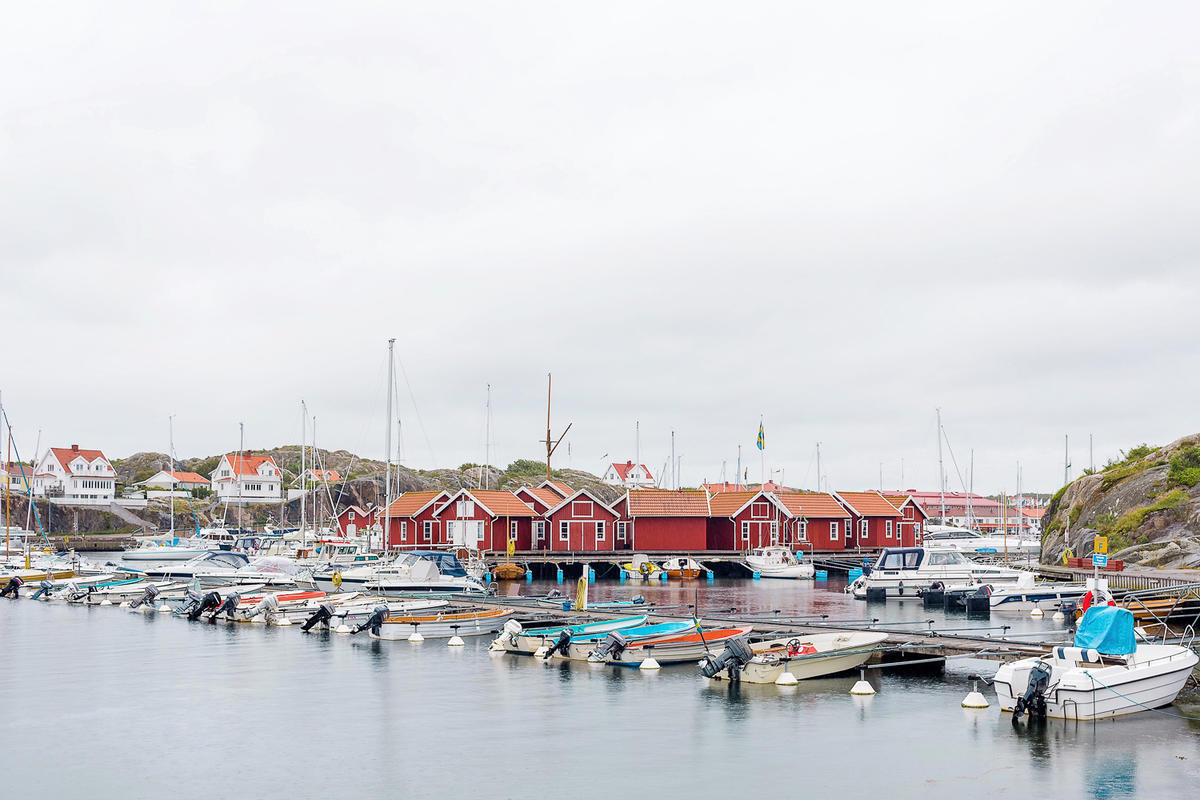 The rest of West Sweden is at your fingertips

Island hopping aside, Gothenburg is the perfect starting point for a road trip across West Sweden. Home to Sweden's first national marine park, quaint fishing villages, and dozens of adventures, West Sweden is easy to navigate and the perfect addition to any Gothenburg getaway. If you only have a few days, we recommend charting a course north to Tjörn, one of Sweden's largest islands, that's also home to The Nordic Watercolor Museum. From there, you can visit Klädesholmen, the capital of herring, to stay at Sweden's first floating hotel and then relax and unwind on Marstrand, an island known for its scenic cliffs and lively fishing community before heading back to Gothenburg. 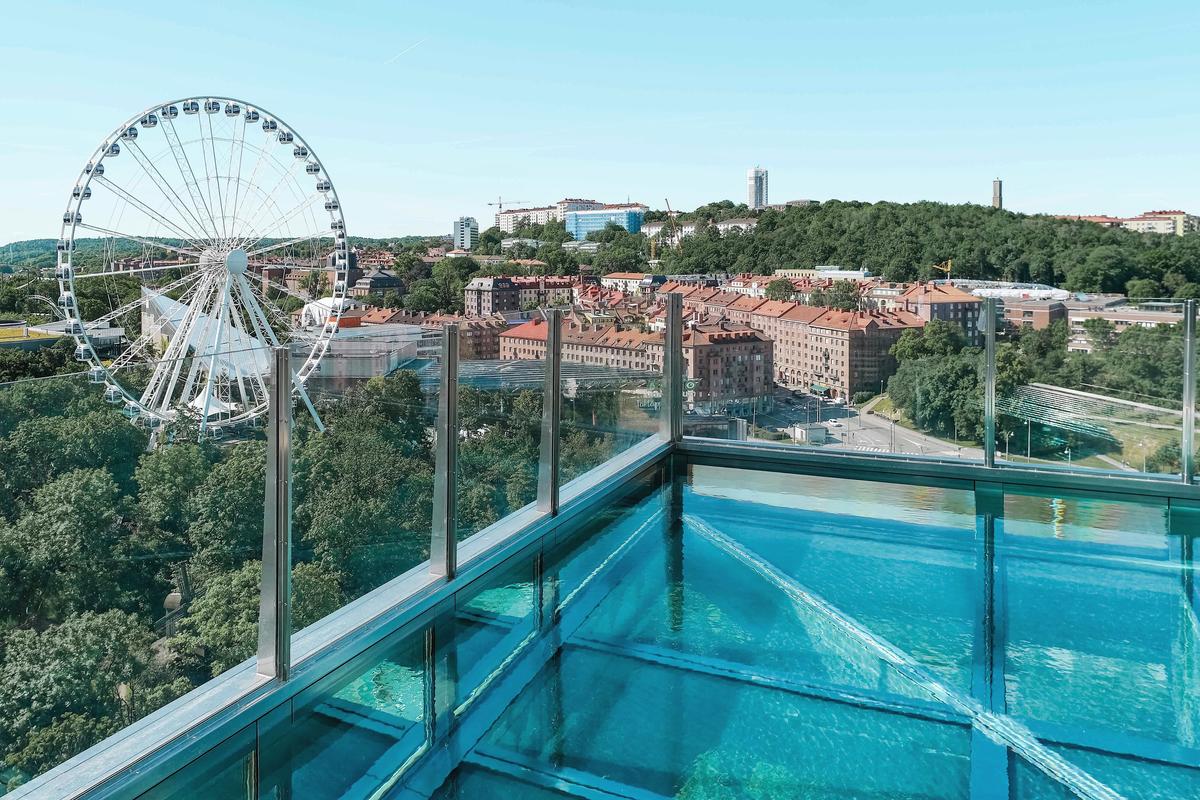 There are plenty of hidden gems to uncover

Those who opt in on the Volvo Overseas Program will be treated to a one-night stay at The Clarion Hotel Post. Once a historic post office, The Clarion is now a boutique hotel in Central Square, the very heart of the city. This historic hotel is located beside the central station and is within easy walking distance to several big-name attractions, including Liseberg Amuseument Park and the city’s shopping district. Directly across the street from The Clarion you’ll find the Garden Society of Gothenburg. Considered one of the best-preserved European parks from the 19th century, the Garden Society of Gothenburg features exotic plants inside houses from the 1870s, rolling lawns, and gardens filled to the brim with hundreds of flowers and more than a thousand types of roses. 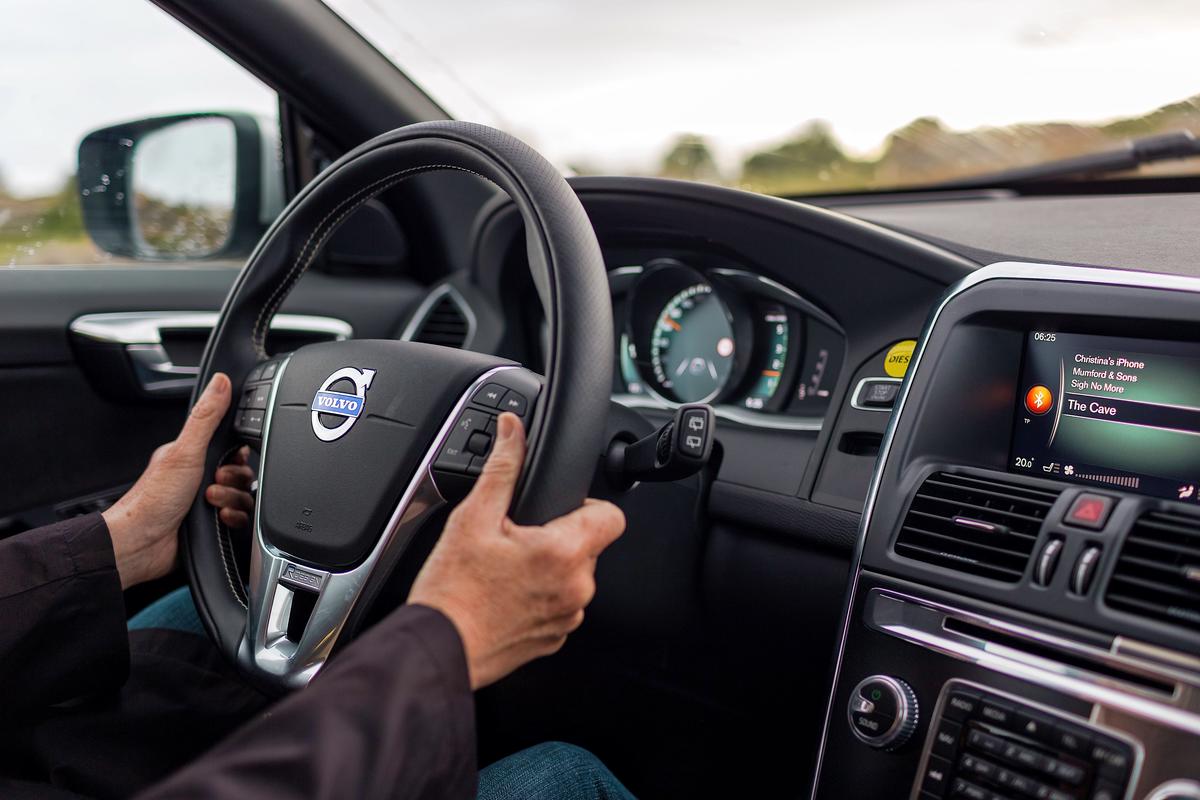 It’s the home of Volvo

What better way to celebrate your purchasing your new car than to visit the home of the car dealership itself? Gothenburg has been the home of Volvo since 1927. You can track the history of the carmaker at the Volvo Museum, where you find an impressive collection of the company’s best cars, buses and trucks from throughout its nearly 100-year history. In addition, you’ll also be able to tour the factory and see how your car was made. After all that, we think it’s a good idea to take your new car for a spin and hit the open road. Take a look at our favorite Midsummer road trip highlights for a little inspiration.

The European Cultural Capital of the Year: Wroclaw, Poland (And What to Do There)

Author of ckanani.com, a travel blog by photographer @ckanani for adventurous souls with a love for colorful landscapes and exploring new places!

ckanani.com
Join 100k like-minded travelers by subscribing to iExplore
Join with Email
RECOMMENDED FOR YOU

Gallop Through History in the Vatican's Grand Museums