Do You Dare to Traverse Spain's Most Deadly Hike? 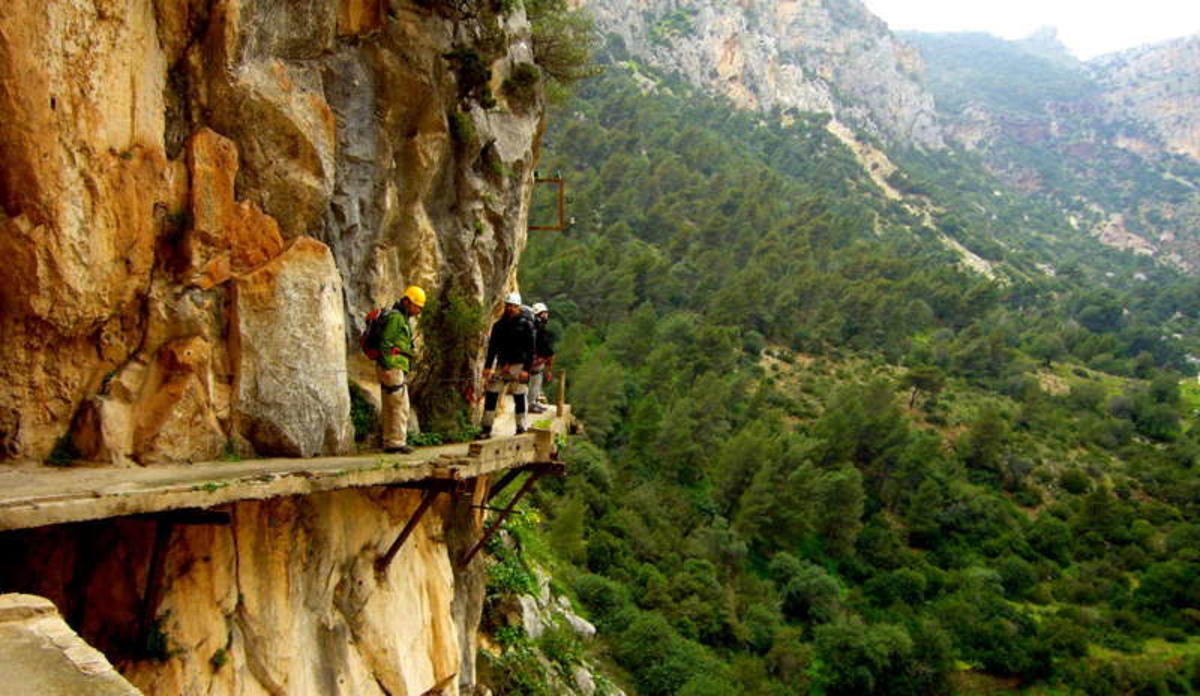 It certainly isn’t the longest trek in the world, but it is perhaps the most dangerous. High in the Andalusian Mountains, el Caminito del Rey is a hot destination for adrenaline junkies. Do you like living on the edge? Can you dance with danger? You might have what it takes. But you’ll never know until you try…

The treacherous 1.9-mile hike has killed many, but nevertheless, visitors flock here to follow the “King’s Little Path” and test their grit doing something most would never dare in their most demented dreams. The path zigzags over the Garganta del Chorro gorge, hugging the precipitous cliff face 350-feet above the Guadalhorce River that carved out the narrow stone corridor. 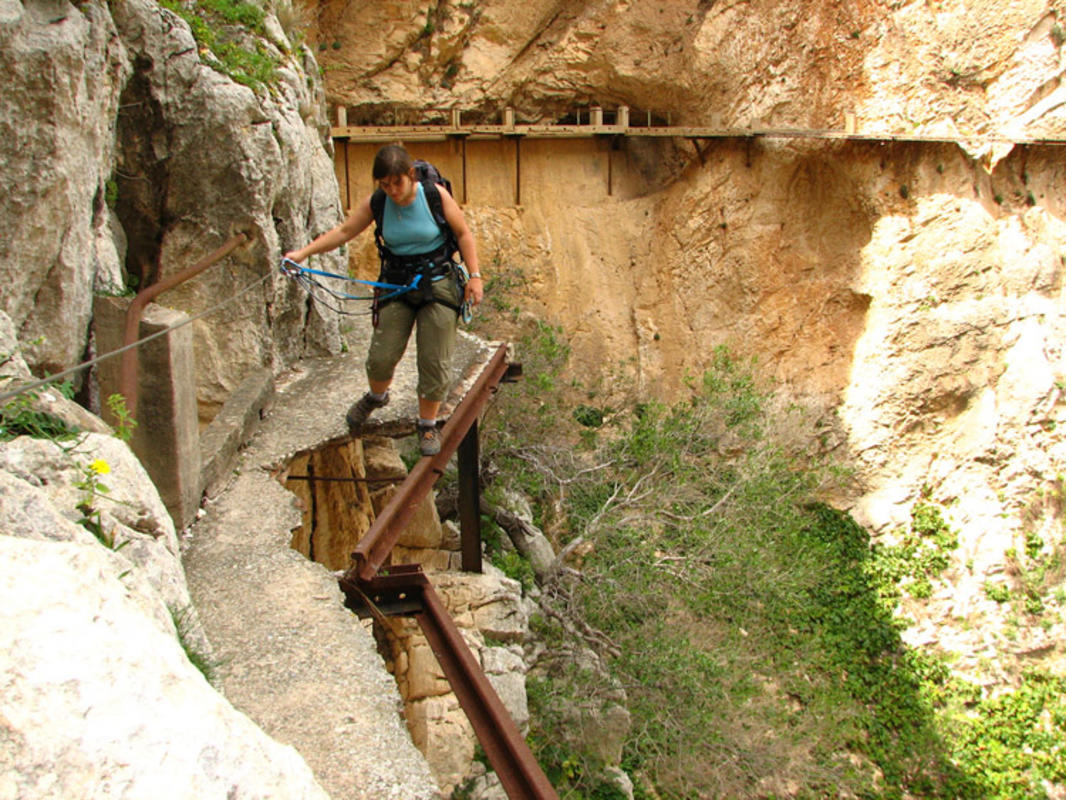 Construction of the path started in 1901 and finished four years later in 1905. Originally used by brave workers to get to and from a hydroelectric dam that rested on the river below, the path allowed them to carry materials and run routine maintenance checks on the channel. It was inaugurated by King Alfonso XIII when he walked across it in 1921 (thus the name), and for many years served as a footpath for workers and locals from the nearby village. 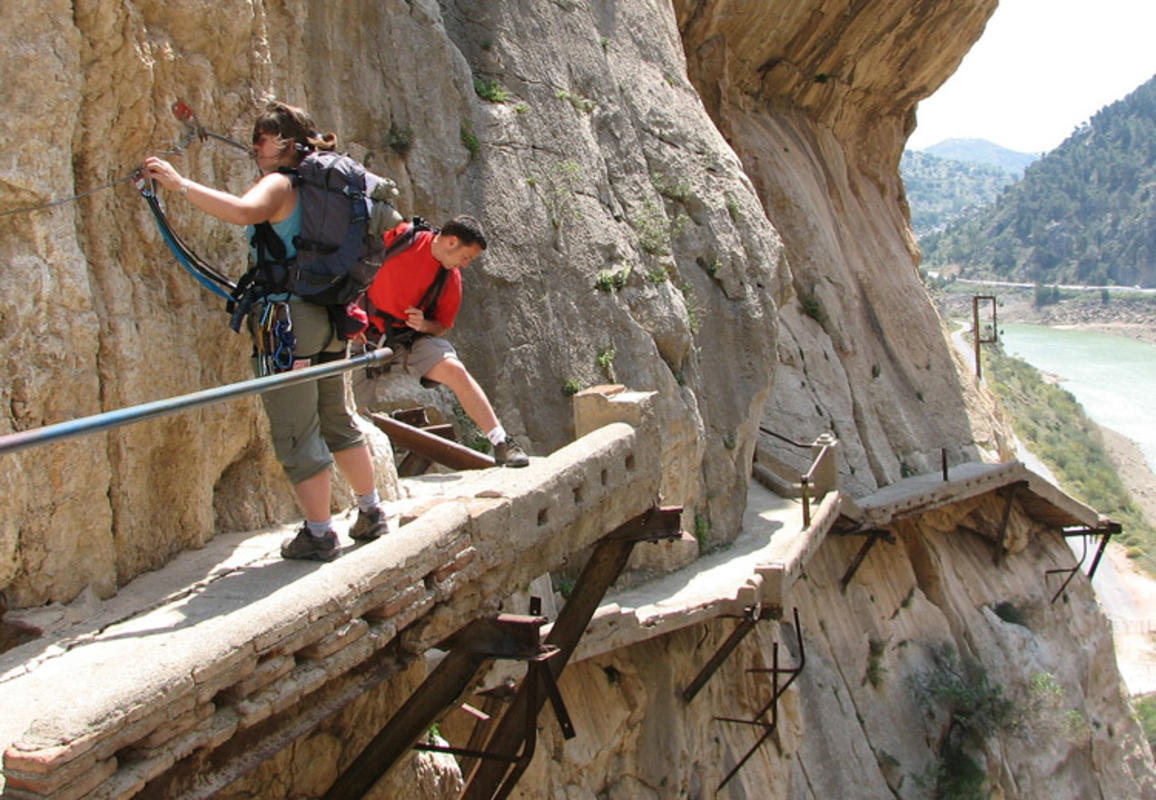 Years later, Camino del Rey fell into disrepair and eventually became a place for thrill seekers to test their grit on the decaying infrastructure. Adrenaline junkies and rock climbers would tiptoe over holes and sharp edges, past entire missing sections, balancing on rusty bars hanging over the massive drop. It was dangerous to say the least. In 2000, four thrill seekers plummeted to their death, resulting in an absolute closure that lasted for over a decade (although it was hardly the first incident). 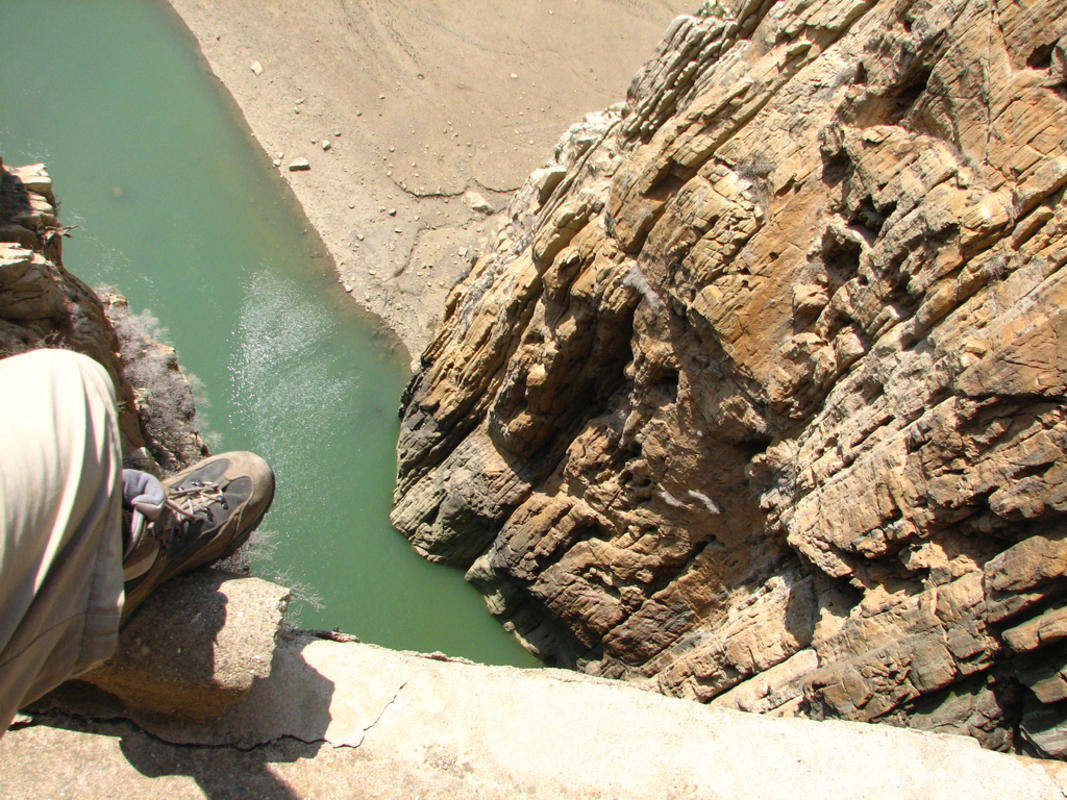 Reopened to the Public

Fifteen years and $6 million later, the Caminito del Rey is finally reopen to the public, but it will never be quite the same. Today, visitors are required to wear hard helmets and walk along well maintained, recently constructed pathways suspended where the original path used to be. The experience comes with a small fee (~$10-15) and you have to reserve your place in advance as only 600 people are allowed to visit per day. 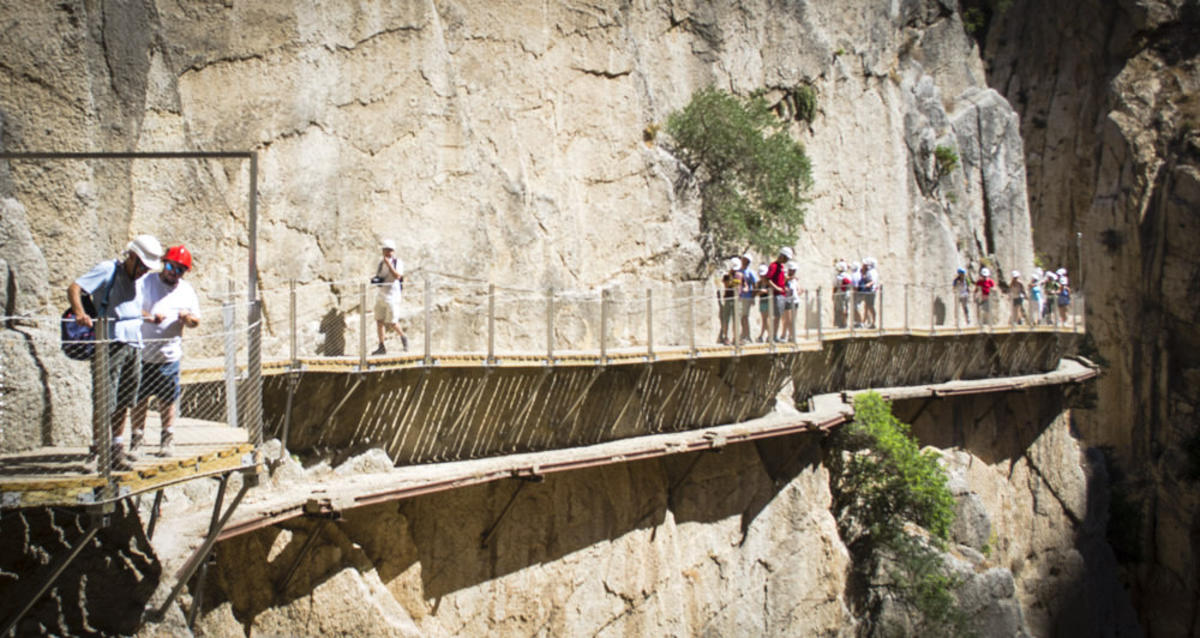 It is only 1.9-miles long, so don’t worry about bringing your heavy backpacking gear. In fact, the only necessary items are clothes, sturdy shoes, and a helmet. Besides that you can travel light - although a camera is highly recommended. The Andalusian mountains that surround the gorge are absolutely stunning, and filled with orange trees. The water below shimmers turquoise, and the rock walls of the canyon are an incredible sight to behold. 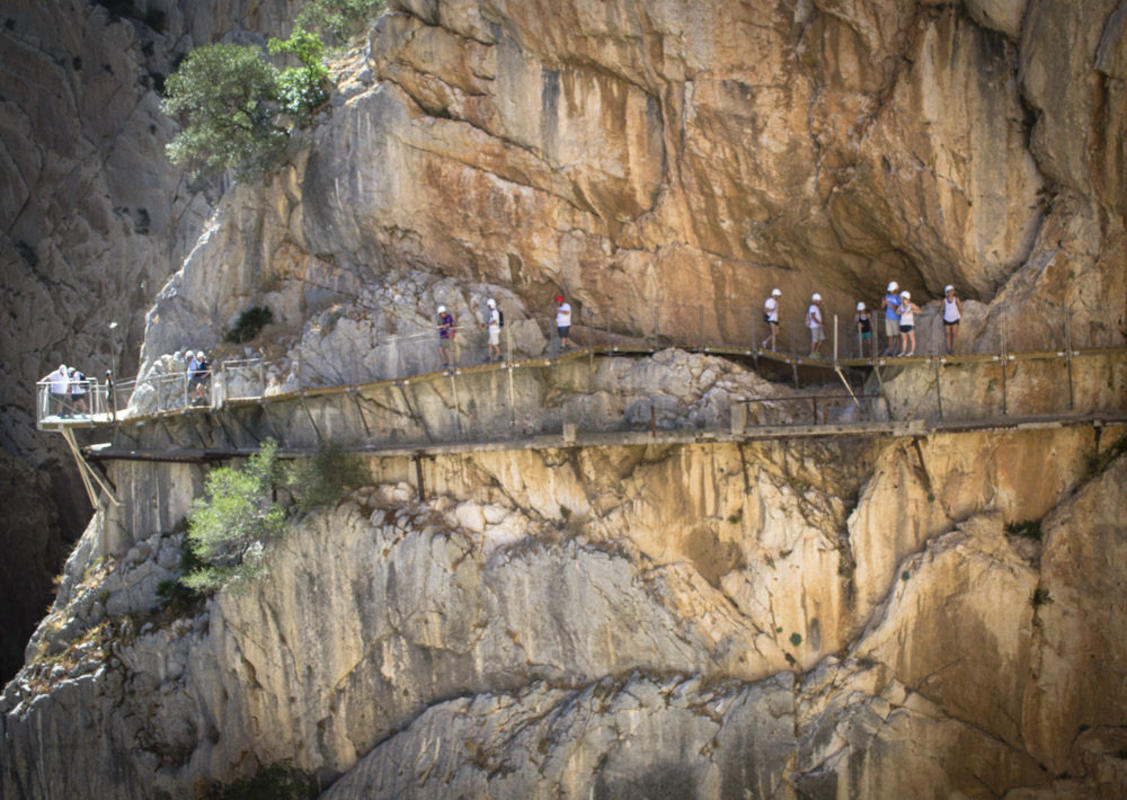 How Safe Is It?

The route still clings to sheer cliff faces, wrapping around corners and spanning gaps that would otherwise be totally un-traversable. Brand new wooden boards make up the pathway, and the entire trail is lined with a chain link railing to prevent anyone from slipping over the edge. All things considered, the trail is pretty safe compared to what it was just 16 years ago. So safe in fact, that families and couples do it just to get their vacation adrenaline kick, before retreating back to the ground to bask in the southern Spanish sun while sipping fresh Andalusian wine.