Stretching from the United States border to the far North past the Hudson Bay, Quebec is Canada’s largest province. Scattered throughout are 24 glorious national parks, all bursting with outdoor pursuits more incredible than the last. So we ask: why limit yourself to just one? We've managed to narrow down the list based on some exploratory criteria: year-round activities, amazing views, and cool campgrounds. Bonus points were awarded for unique adventures. Our top five may be strewn throughout the province, but they could easily make for a fun road trip anytime of the year. 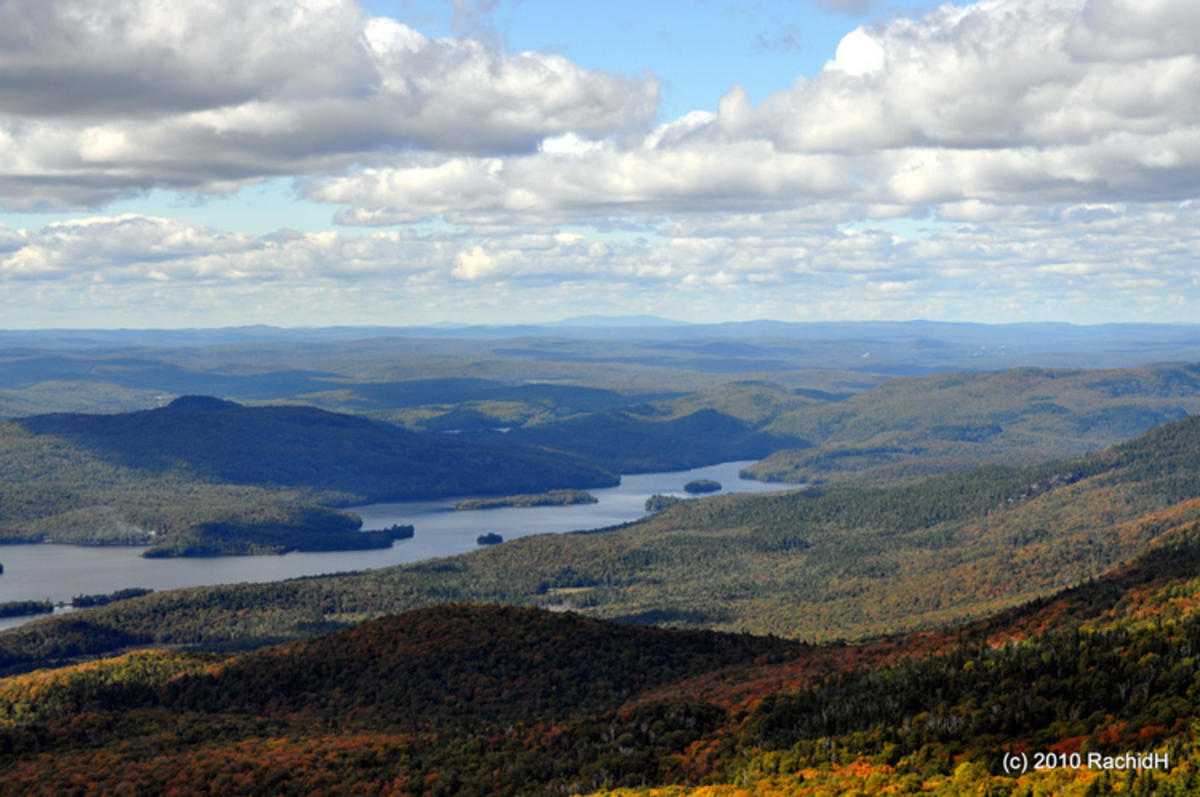 Try the Via Ferrata at Mont-Tremblant National Park

With more than 400 lakes, six rivers, and dozens of mountainous peaks and waterfalls, Quebec’s largest national park has something for everyone. While thousands of visitors make the trek to Mont-Tremblant National Park every year, only a handful brave the via ferrata. Those who do can circumvent the mountain suspended by cables, ladders, and ropes over a raging river. It’s one of only four within Canada, so the payoffs — and the bragging rights — are well deserved. 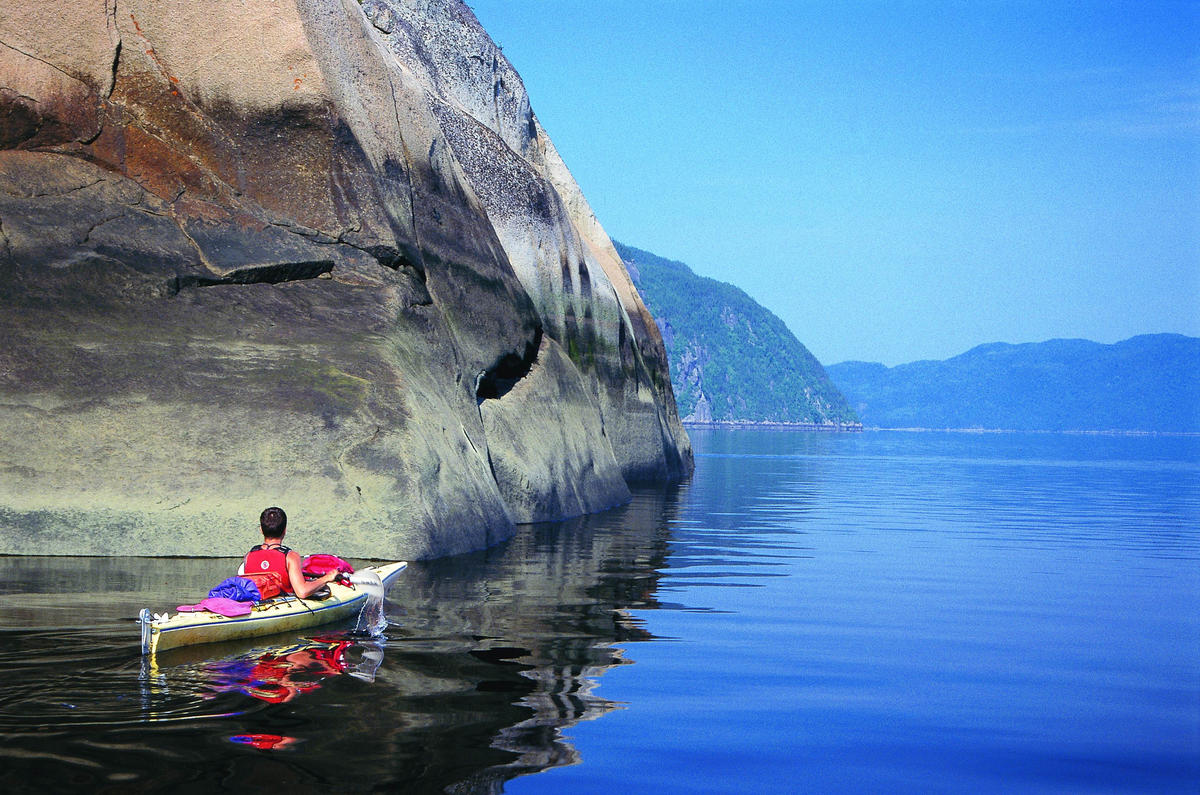 The Saguenay fjord may look like the park's main draw, but looks can be deceiving. It’s really just an elegant backdrop for the activity on the water. Saguenay-St. Lawrence Marine Park is considered one of the top whale watching locations in the world. At least half a dozen species can be spotted during the summer season with beluga whales and harbor porpoises frolicking nearly year-round. The park and its surrounding cities specialize in water adventures like sea kayaking, snorkeling, and scuba diving to help you see them up close. If you have some extra time, opt for an overnight sailing excursion, preferably during late summer when the beluga whales are giving birth to their young and the nights are perfectly clear for summer stargazing. 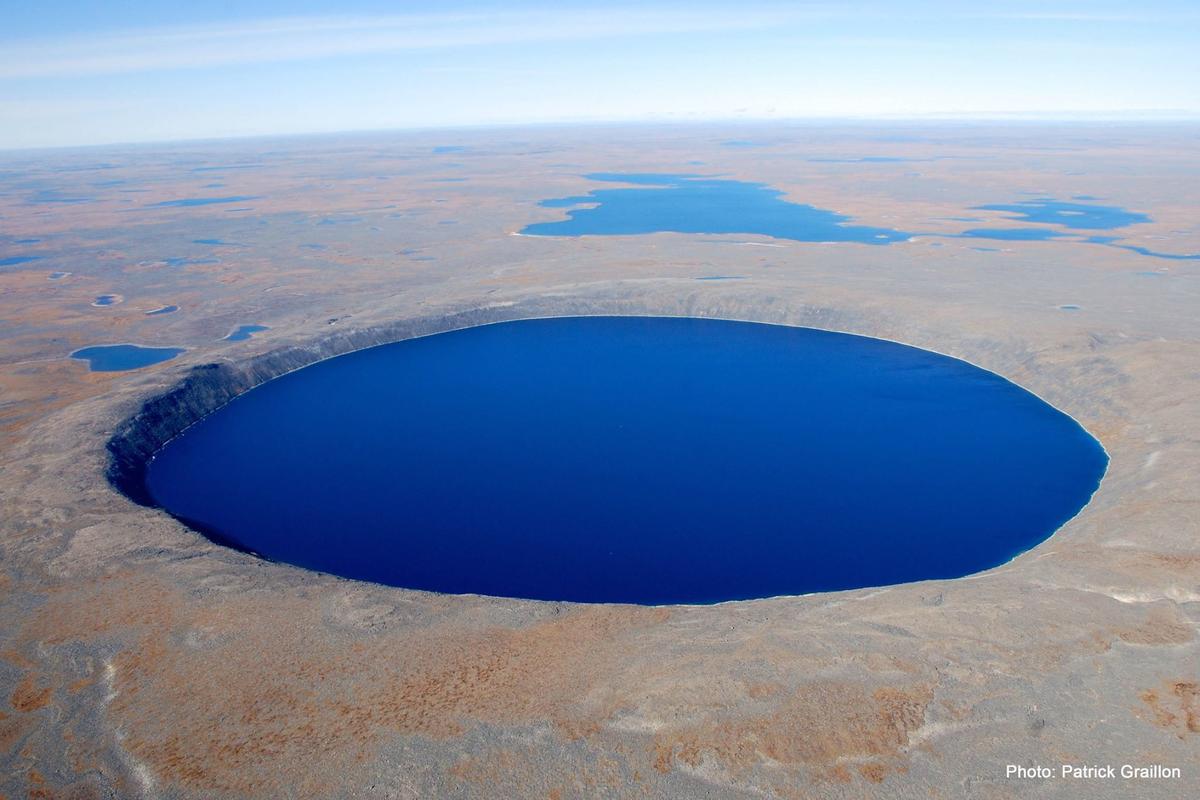 Located in the northern corner of Quebec in the Nunavik region, Pingualuit National Park is almost completely flat except for the massive, 1.4 million-year-old crater in its center. Indigenous tribes viewed the area as sacred ground for centuries. However, the crater and the large lake inside were virtually unknown to settlers until the 20th century. The first known photo wasn’t captured until 1943, and the national park (established in 2003) wasn’t open to visitors until 2007. Despite limited access, visitors come from across the world to view the clear, glass-like water, hike the rim, and cross-country ski under the Northern Lights in the wintertime.

As one of the youngest national parks in Quebec, La Mauricie boasts some of the best nature opportunities in the province. Park rangers tell visitors they can “enjoy the water in 1,000 ways” while they’re here by cozying up to the St. Lawrence River and its more than 150 lakes. The park is packed in the wintertime when the frozen waterways beckon ice skaters and snowshoers and the Laurentian Mountains host skiers from across the region. To see the park in all its glory, plan a camping trip for late spring when the snow and ice have melted away and waterfalls spring up along the trails.

Of all the places to find the end of the world, the last place you'd probably expect to look is Canada. Aside from its impressive snorkeling opportunities (yup, in Canada), there’s a lot of things that begin — or end — in the park. One of the premiere hiking trails within Quebec’s first national park is the Les Graves trail. The trail will lead you to the very tip of the Gaspé Peninsula called Gaspeg, which translates to “land’s end” in the indigenous language. Plus, it's hard to miss because the lighthouse marks the spot. Many of the hiking trails with the park are also part of the Appalachian Trail, including the very end point, so hikers can easily tick a couple of items off their bucket lists while exploring.