The Weirdest McDonald's Burgers Around The World

All of the meat served at McDonald’s restaurants is, by definition, a little weird. But in various locations around the globe, McDonald’s franchises have adopted traditional local foods, proving that people will eat just about anything served on a highly processed bun. These fast food dishes may be commonplace in their country, but a U.S. traveler will be blown by the variety of pseudo-burgers the world of McDonald’s has to offer.

If you’re craving the golden arches the next time you're abroad, consider trying these international variations on the classic Big Mac and other McD’s favorites. It's an adventure in eating.

McDonald’s in Germany has been serving up this classic for 10 years. The Big Rosti consists of a hamburger patty, white cheese sauce, bacon, and a potato rosti (which can be thought of as a patty of hash browns). It's the perfect snack to soak up all the beer you're sure to drink there.

McDonald’s in Asia has a different spin on the Filet-O-Fish sandwich, which they call the “Shrimp Fireo.” A patty of breaded and fried prawns, you can actually pair it with their fries drizzled in dark and white chocolate. Salty, sweet? 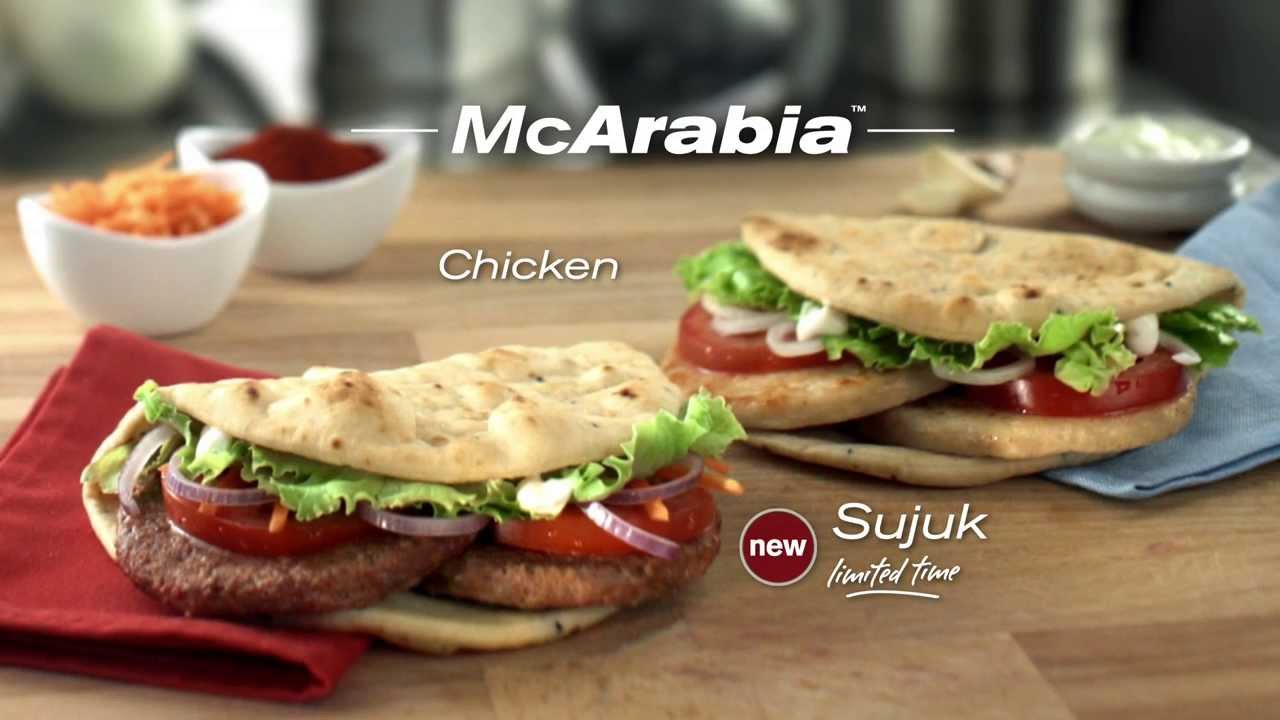 Available in Egypt and other countries in the region, the McArabia consists of two grilled chicken patties, tomatoes, lettuce, and tahini sauce folded into a flatbread. McDonald's gone Middle East.

Catering to their local market, Indian McDonald’s are loaded with vegetarian options, one of the more interesting being the Veg Pizza McPuff. A Hot Pocket-like dish filled with cheese, tomato sauce, carrots, onions, beans, and peas, how this is considered a pizza we're not sure, but it sounds delicious, nonethless.

Since red meat's not common in Thailand, McDonald’s offers the Samurai Pork Burger, which is a pork patty coated in teriyaki sauce that's been topped with lettuce and white sauce.

Quirky and likely delicious, McDonald’s in Italy offers it's take on a Maine lobster roll. Served on what is essentially a hot dog bun, the lobster is topped with creamy sauces and crunchy veggies. Italian McDonald’s are also fixated on stars. Their menu features several burgers and sandwiches that are served on star-shaped buns.

Is it good luck that in Hong Kong you can head to McDonald’s for a Prosperity Burger? A beef or hash brown patty dipped in black pepper sauce and topped with onions on a sesame seed bun, maybe the best part about this part of the world is that they also offer twister (curly) fries.

A bifana is a traditional Portuguese snack that consists of thinly sliced beef or pork on a roll. McDonald’s in Portugual serve up this local treat topped with a sour sauce.