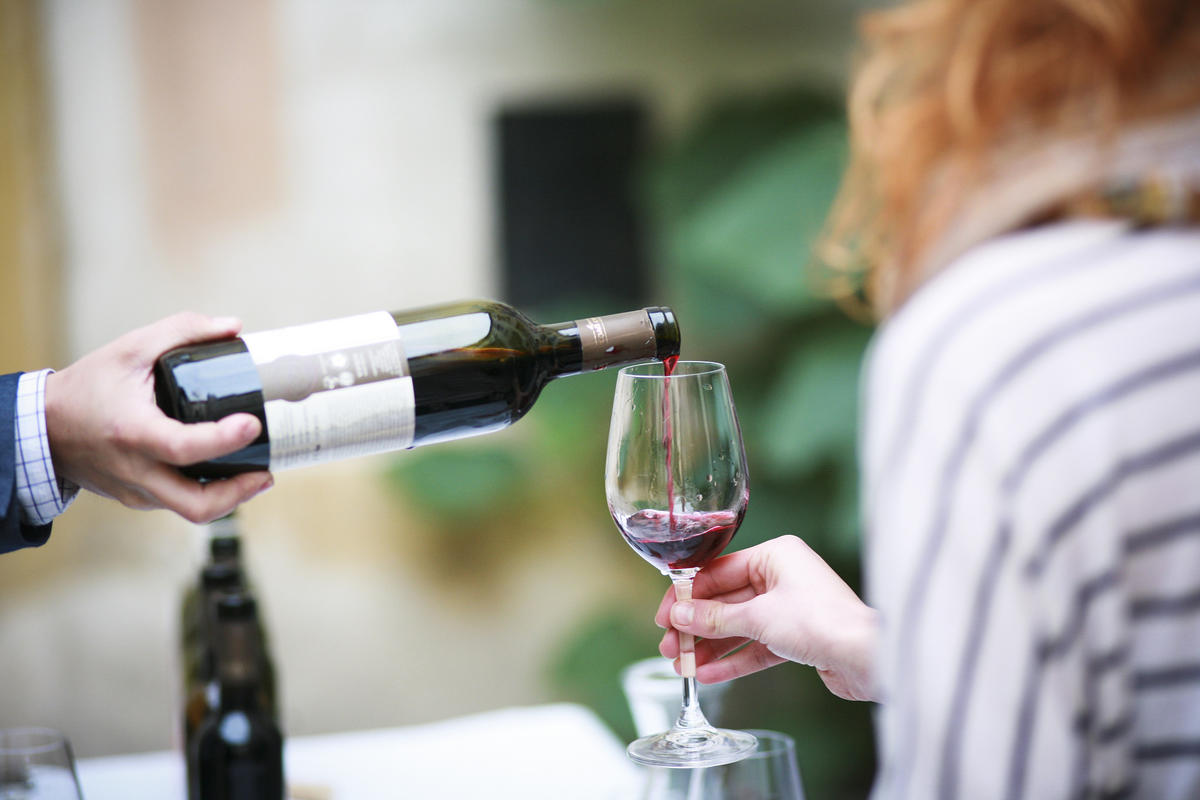 When it comes to the Czech Republic, its beers and beer spas are more likely to jump to mind. But, with more than 90 percent of Czech wine deriving from the region, it’s no wonder Moravia is one of the most best areas for wine production in all of Central Europe. What’s even more special about this grape goldmine is how you can experience it. The Moravian Wine Trails are best enjoyed by bike. That's right. Moravia offers a total of 11 different vineyard cycling trails across more than 700 miles, several of which have been awarded the special prize of the European Greenway Association EWE for best project in Europe, for a totally unique wine tasting experience.

Vibrant landscapes, lush vineyards, rustic wine cellars and fascinating historical monuments are just some of the highlights to the Moravian wine trail experience. Bike through the hilly countryside, blanketed with beautiful orchards speckled with ancient country estate — this region of the Czech Republic is truly a magical place that everyone should visit at least once in their lifetime. 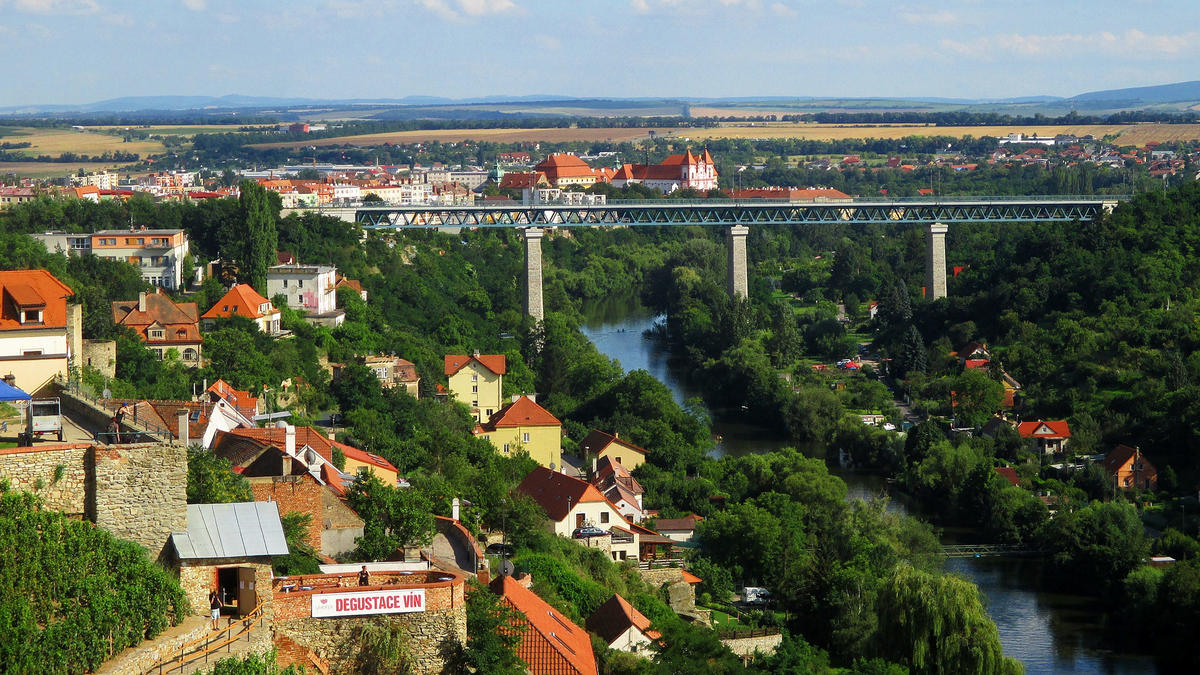 Route Information: Quite literally a "green way," the main route of vineyard cycling trails winds through South Moravia through 70 winemaking towns and villages. You don't have to bike all 186 miles in one go though. Because the Greenway Moravian Wine Trail is the main throughway for all of the 11 wine trails through this region, you can take the liberty to pick and choose which of the trails you'd want to explore on your own. If you're short on time or can only manage a small portion of the Moravian trails, you'll wine to skip ahead to the Wine Center of Znojmo to the west or Uherské Hradiště in the east. 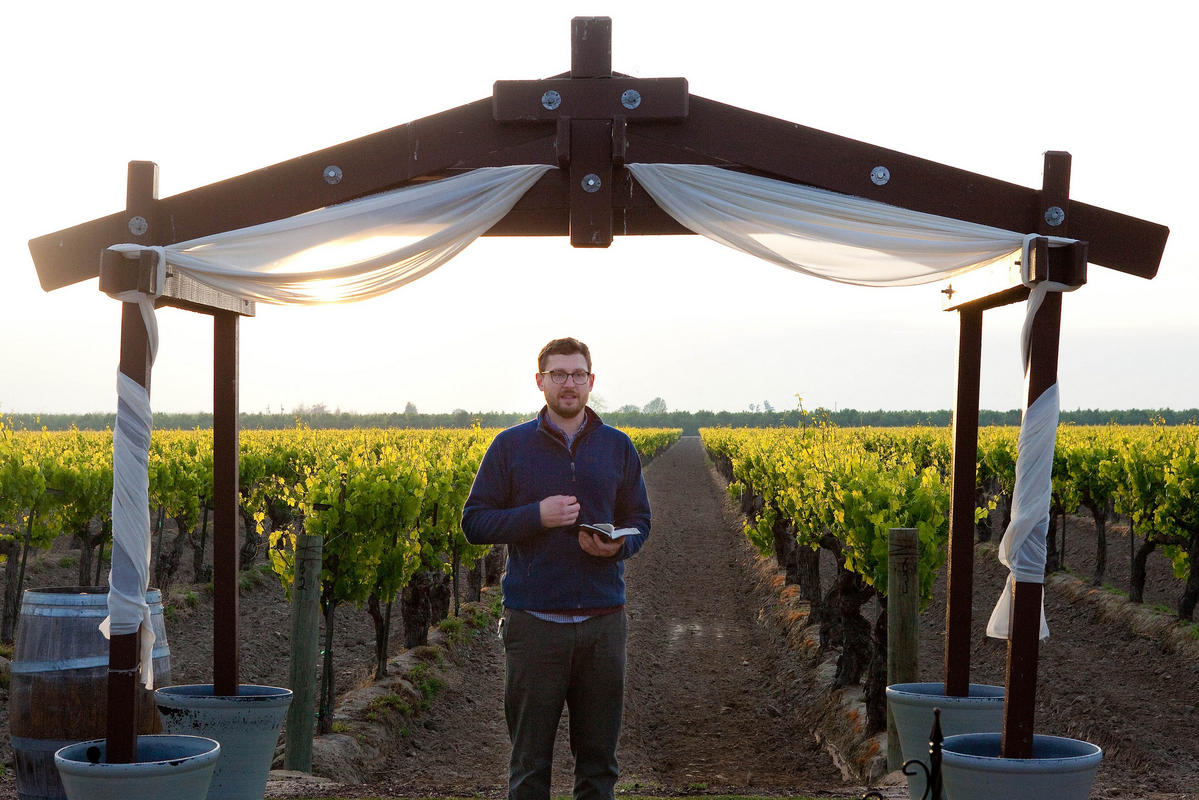 Route Information: One of the shortest routes is perhaps the most rugged, featuring the quaint southern Moravian towns of towns of Rajhrad, Židlochovice, and Slavkov, medieval landmarks, and some of the most distinguished red wines in the entire region. Along the way, you'll notice small roadside shrines and crosses throughout its pathways. These small shrines are meant to signify the piety of the area between Moravany and Slavkov in an area that is best known as the site of the famous Battle of the Three Emperors from the Napoleonic Wars. You can practically taste the infusion of history in the wines, too — Brno vineyards were mentioned in historical texts as early as the 1200s! 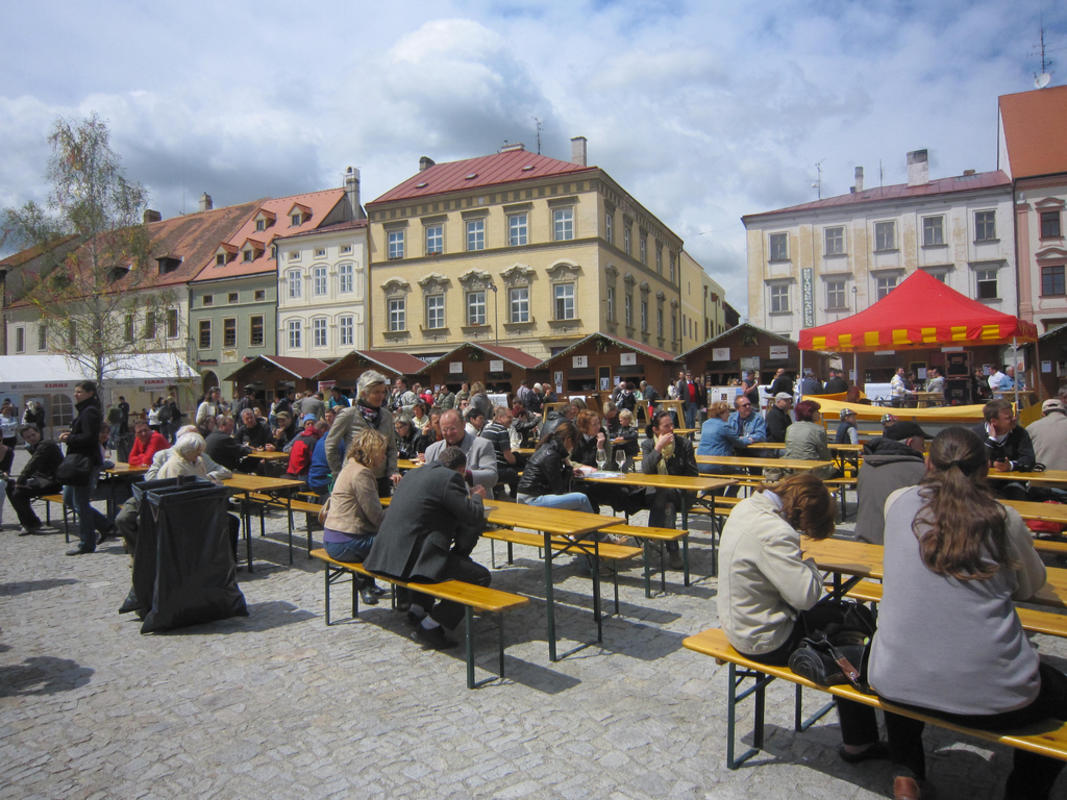 Route Information: The longest of the 11 wine routes connects 55 winemaking towns and villages, all of which offer intensely fruity, aromatic white wines. Most visitors who dream of biking Moravia gravitate toward this route; its flat roads and comfortable paths are suitable for all cyclists and wind beautifully between fields and vineyards around the Dyje River. While more experienced cyclists will gravitate toward the more challenging northern part of the route near Podyjí National Park, the villages along the southern part of the route are equally enticing, particularly for those who wish to sample the white wines and to view the cellar labyrinths and folk architecture Czech culture is known for. 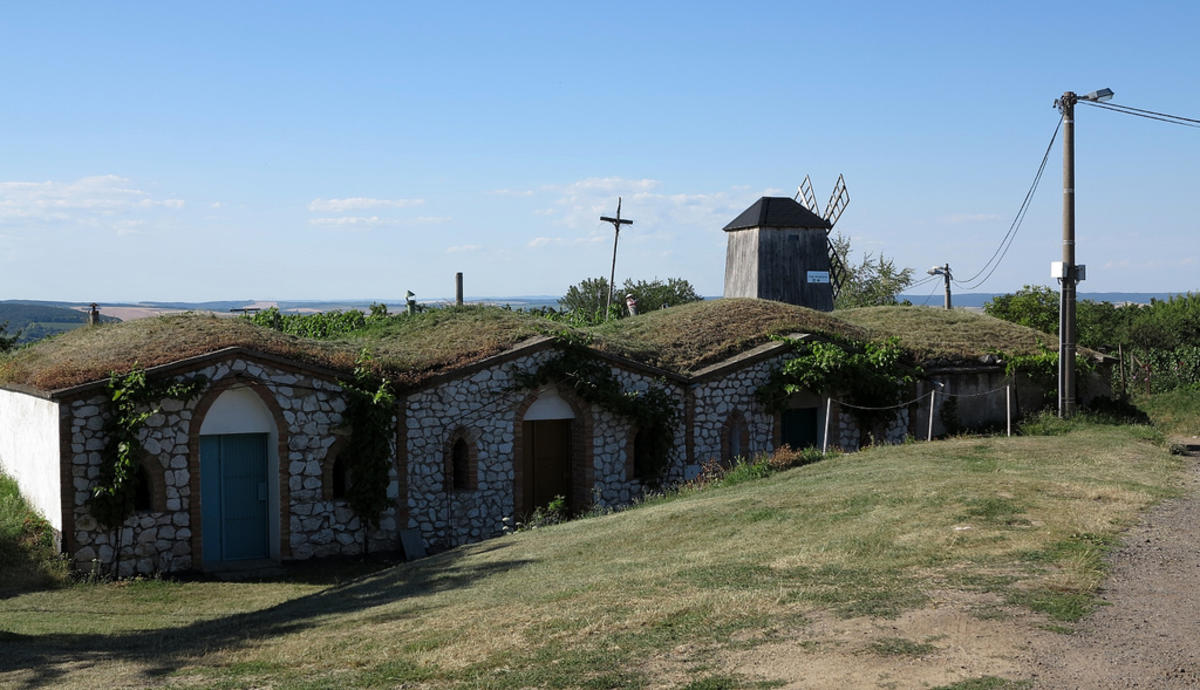 Mikulov Wine Route - Where the Past and Future Collide

Route Information: The Mikulov Wine Route's highest point rests at Rajstna near Valtice and continues through a whimsical terrain near the national border of Austria. The route's southernmost point crosses paths with the Lednice-Valtice area, a UNESCO Heritage Site, and runs along the former Iron Curtain all the way to Mikulov, the historic wine center of the Moravian region. The Mikulov Wine Route is almost a juxtaposition in and of itself. On one hand, you'll see the iconic brick mills where wine has been made since the 1920s. On the other, you'll interact with the youngest of the Moravian vintners who use the latest technology to create the next generation of Moravian wines. 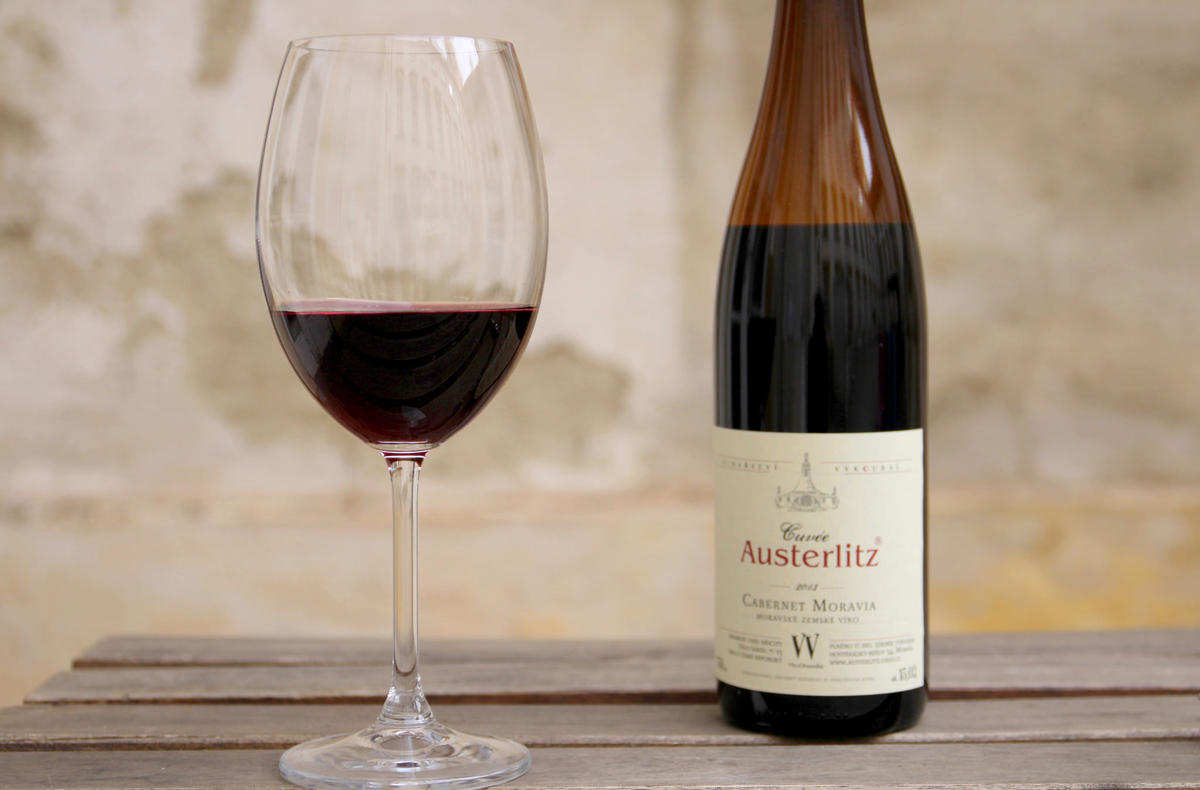 Route Information: The Velké Pavlovice is an easy extension from the city of Brno, where you can visit wine exhibits and shops in Židlochovice and Hustopeče. In that case though, it's better to combine the two routes together for a multiday adventure. Like Brno, this region is also best known for its red wines with some wineries claiming to be the best in all of Central Europe. If you wish to experience those world-class wines, stick toward the south near the Old Mountains. 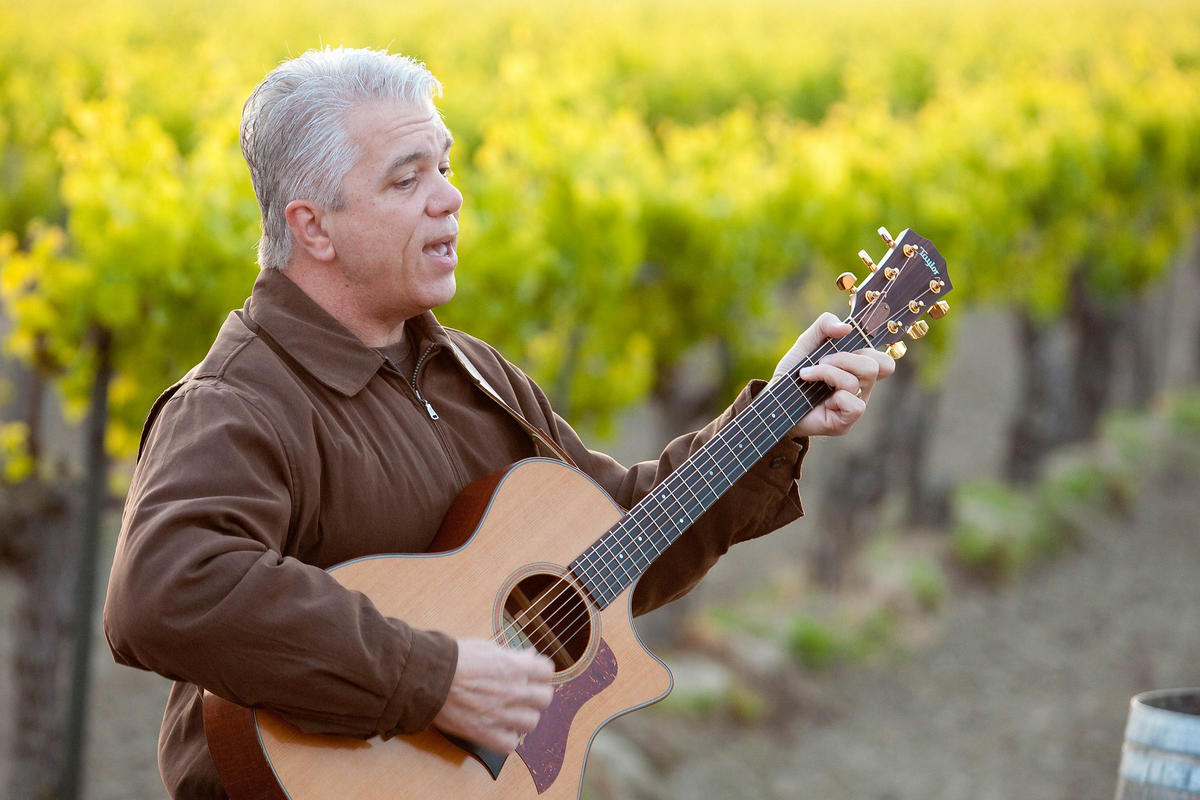 Route Information: The beautifully cultivated landscape and well-preserved roads are ideal for tourists looking to become familiar with Moravian Wine Country. The routes are easily navigable (and manageable), ascending through fields, lush landscapes and flourishing vineyards to the nearby Kyjov region. Its historic wine cellar include some of the best wine cellar architecture in Slovak Moravia with award-winning wines found in Mutěnice in Pod Búdama and in Milovice in Šidleny. 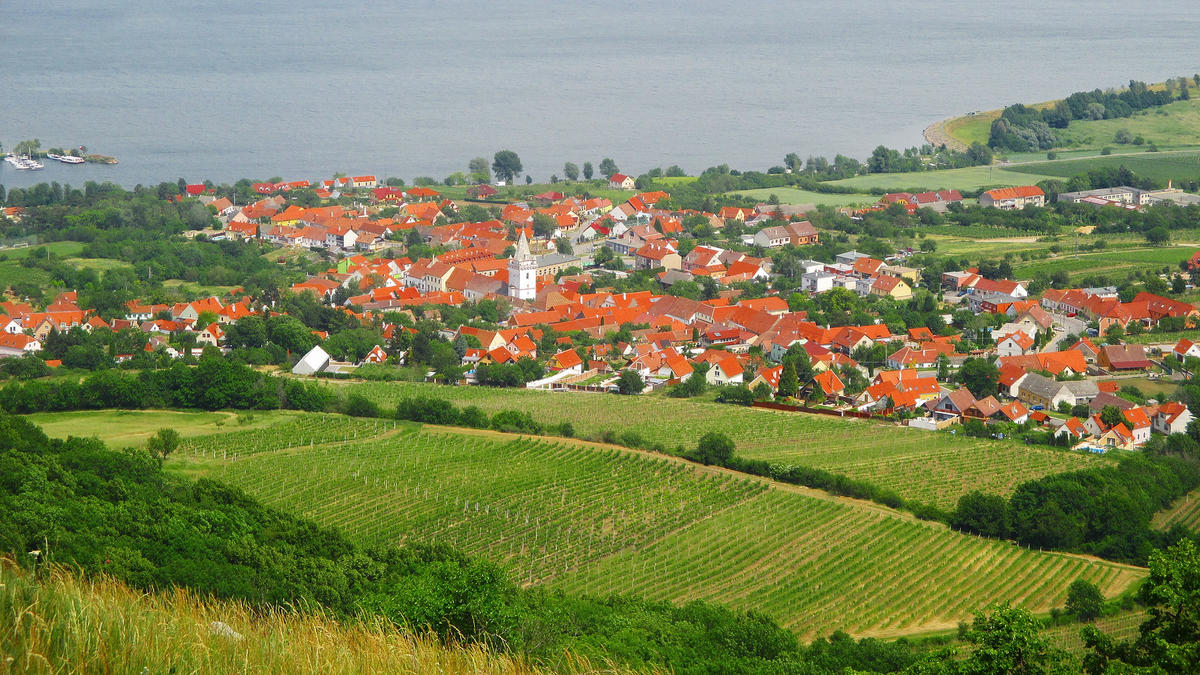 Route Information: Hard work is often rewarded, and that's certain true for the Kyjov Wine Route. The steep climbs and long descents of the Chřiby mountains and varied terrain in Ždánický can be tricky to navigate. However, the scenery is breathtaking and the wines are, well, stupendous. To add to the fun, you're allowed to view the village of Skalka in its entirety from the top of a castle tower and then walk into its depths to see (and possibly taste) the wines within its basement cellar below. 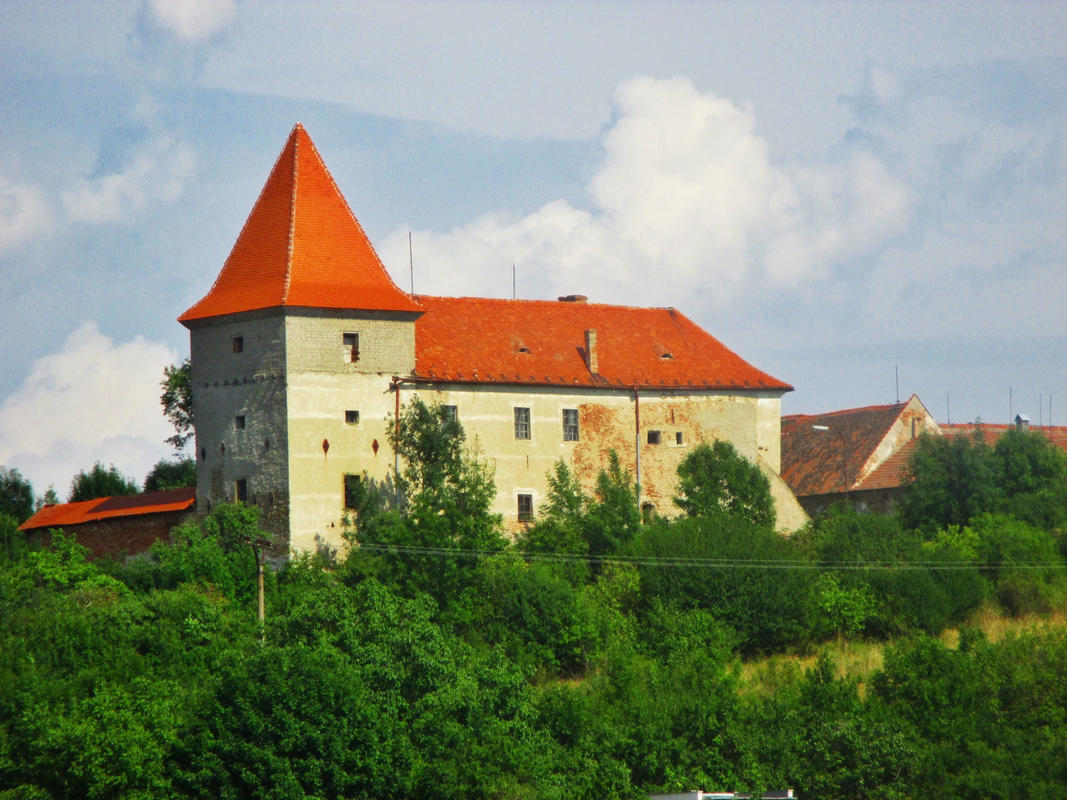 Route Information: The shortest wine trail offers the most unique wine samplings on the trail. As you wind your way around rural architecture, wine centers and hilltop viewpoints, you'll quickly take note of several rather unusual trees in the area: lime trees. Those limes are used to flavor the traditional Bzenec-Lime wine that the region is famous for. Because the landscape is so breathtaking, we'd recommend visiting in the fall when the colors on the trees are at their peak and the temperatures are still crisp and pleasant — like a fine wine. 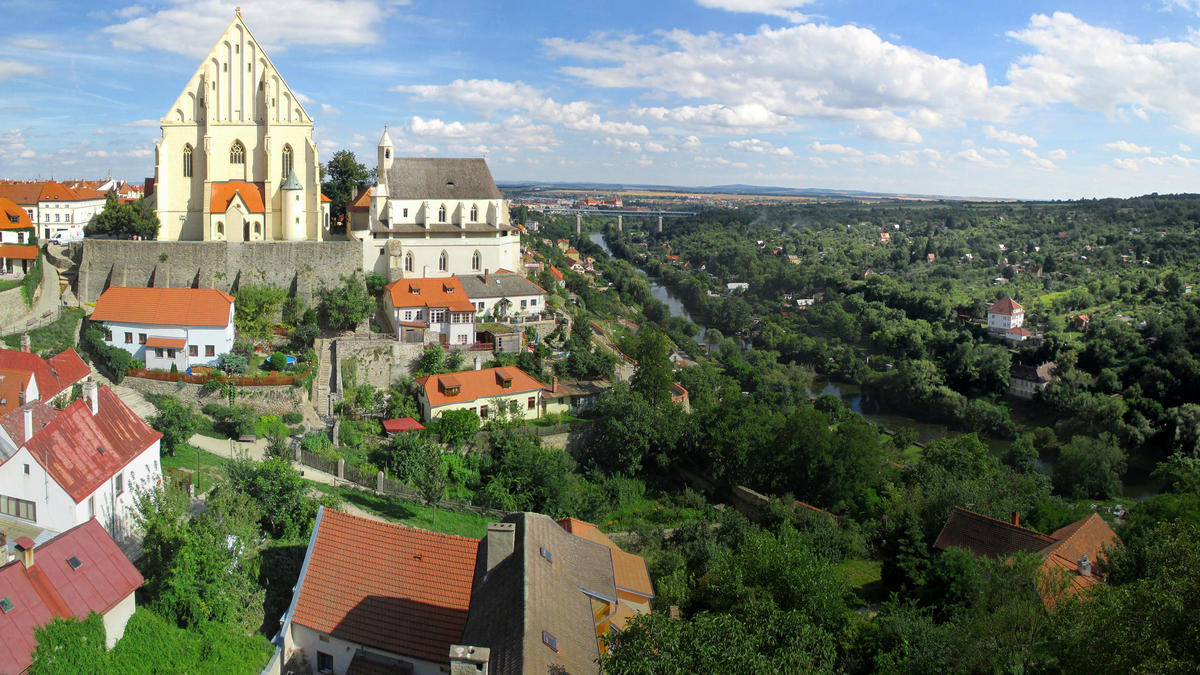 Route Information: You wouldn't know it from first glance but the winding roads and shady oaks are home to a wine so great an emperor once awarded it one of the highest honors. The Riesling in question supposedly dates back to the 1700s when records first indicate that the owner of the estate issued a special order to prevent any forgeries of his wine. Through the centuries, the wine only became more prominent, eventually leading Austrian Emperor Franz Joseph I to personally award the winemakers a gold medal for the blend, dubbing them the "Riesling Warrior of Riesling" for the Imperial Court in the process. Today the tradition continues at several wineries in the area, where you can sample several varieties of Riesling throughout. 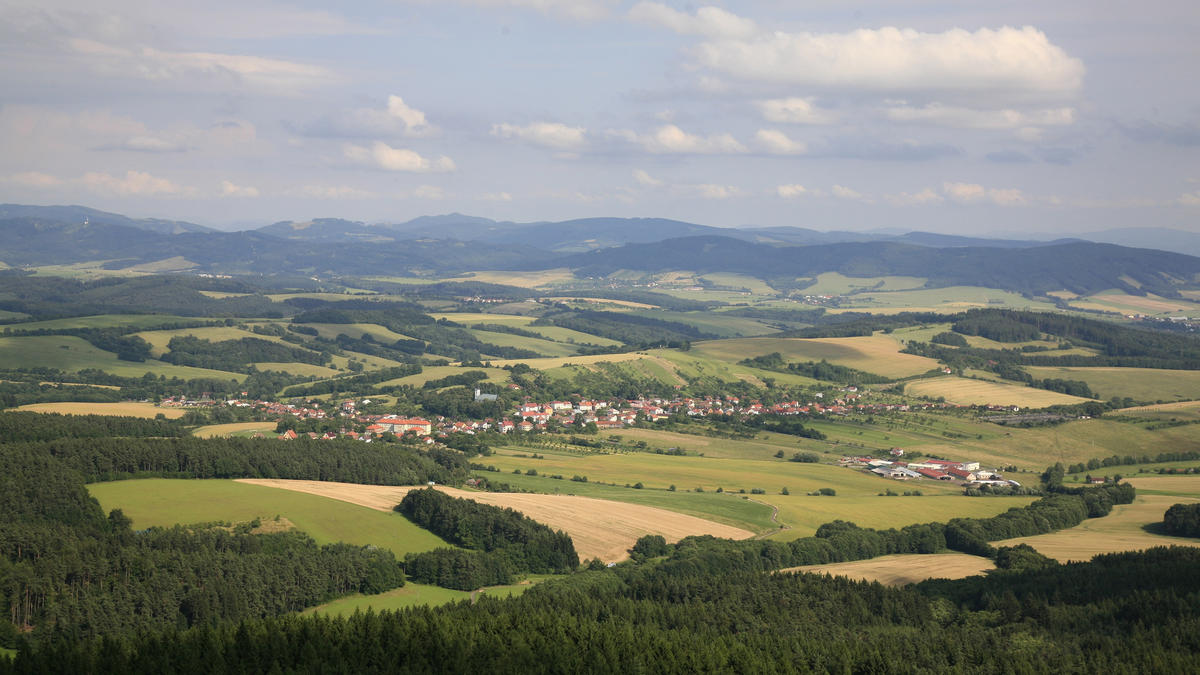 Route Information: A minimum of two days is required to navigate the zig-zagging path that partially crosses the Lower Moravia ravine and leads toward the foothills of the White Carpathian Mountains to the east. You'll want to keep the camera at the ready for this excursion, too, as the Strážnice is considered the most picturesque of the 11 wine routes. The pinnacle of this route revolves around Petrov Pils, an open air museum that features a set of 50 beautifully painted wine cellars that have been immaculately preserved for centuries. From there, you'll want to head toward Lipov to sample its white wines, which have been on record as the best in Moravia since the 17th century. 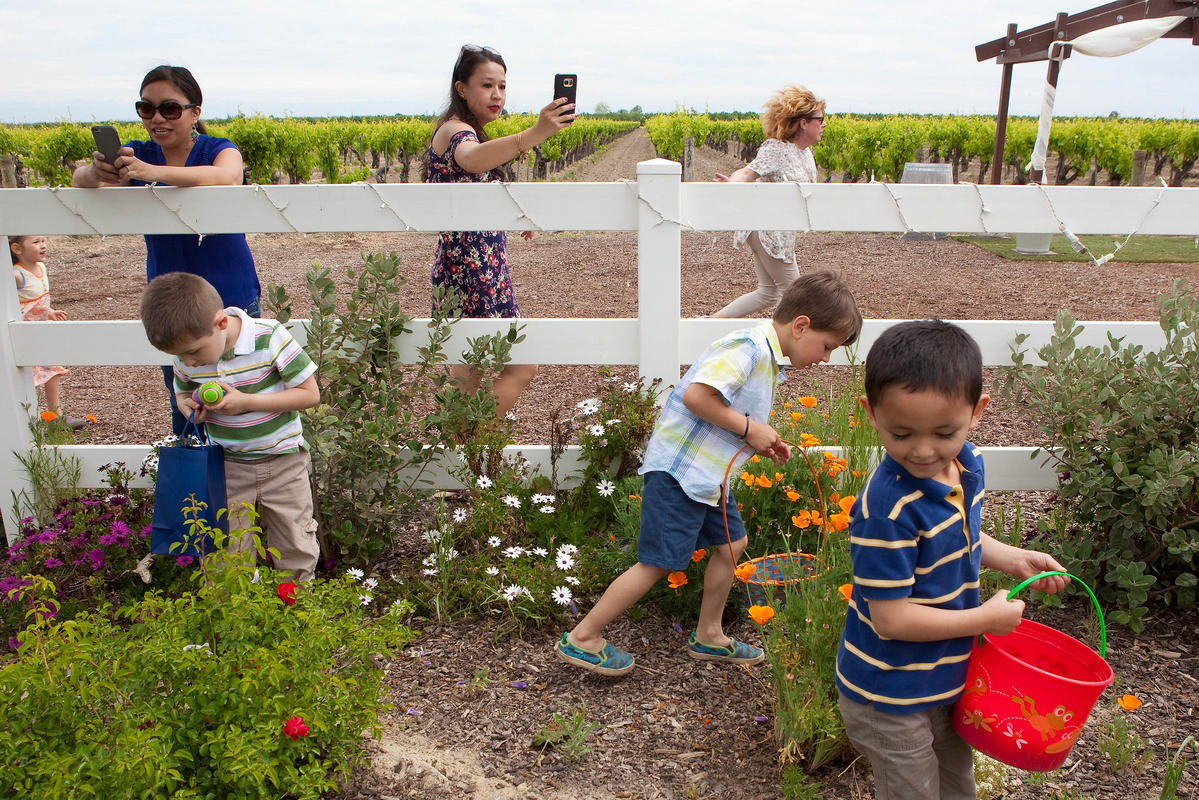 Route Information: The rolling hills, classic folk architecture and scenic landscapes that begins at the center of Slovak Moravia are easy to manage for cyclists of all ages and abilities, making it ideal for a family excursion. Crossing near Kostelany, the trail follows the Morava River through vineyards that stretch to the Polešovice area. But, if you follow the route south toward the village of Ostrožská Nová Ves, you'll find a spa, natural swimming pool and boat rental services. In either case, you'll enjoy a magical day through a countryside that seems to have remained untouched for years.

Life is a journey. Enjoy the ride.

www.khamsahmarketing.com
Join 100k like-minded travelers by subscribing to iExplore
Join with Email
RECOMMENDED FOR YOU