Wyoming is a sprawling, open-air zoo with more than 600 species to see. Forests, mountains, clear-running streams and verdant meadows nourish wolves, bison and bears - not too mention elk, eagles and bighorn sheep. These are nature's own wild creatures, not docile animals, that allow you briefly into their world - from a safe distance. Known as one of the few places in the United States where you can see wildlife from all major highways, bring your binoculars, camera and more film than you think you'll ever need because over half of the state's 97,914 square miles is public land, wild and free for you to enjoy. Remember - in national parks, it's against the law to approach within 100 yards of a bear while you are on foot, or within 25 yards of other wildlife. 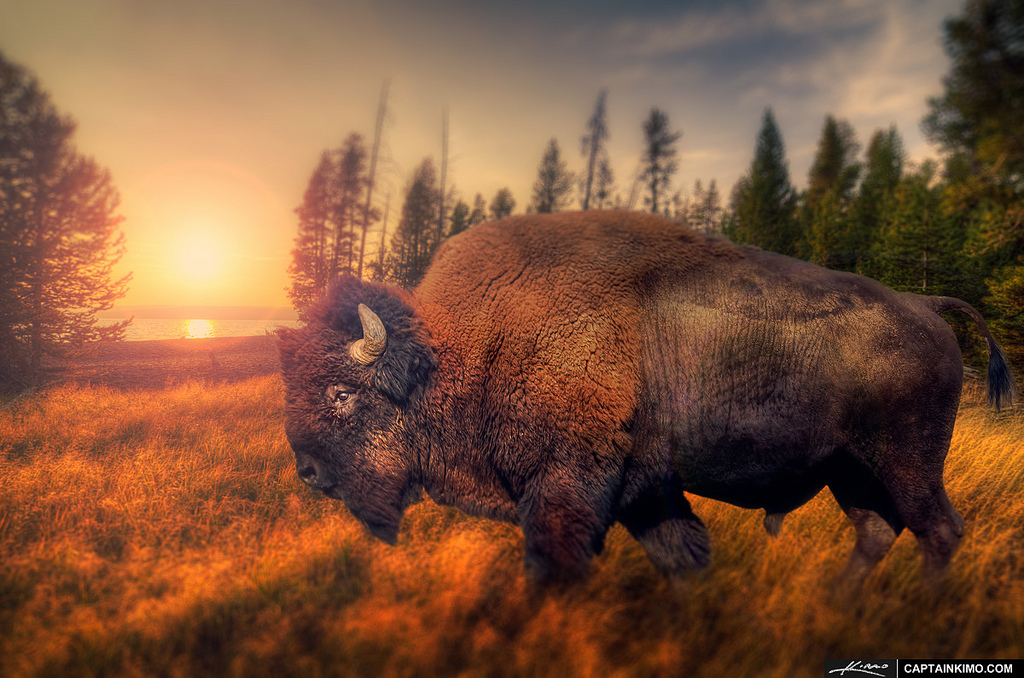 Yellowstone National Park is full of wildlife. But what are the best places to spot specific animals? For wolves, the Lamar Valley marks the confluence of the Hellroaring, Slough Creek, Agate Creek and Druid packs. Your best bet is early summer, which is denning time for these packs. With the elk and bison herds that congregate in the valley, food is never far away from the park's top predator. Use spotting scopes or binoculars to watch these animals as they lope to and from the hunt. Grizzly bears sometimes can be spied high atop the valley's ridge lines in early summer, when they like to romp in waning snowfields. Throughout summer and into the fall, the Hayden Valley is certain to be home to bison herds, while trumpeter swans and other waterfowl can be seen on the Yellowstone River near Fishing Bridge. A sure bet for elk is Mammoth Hot Springs, where these antlered animals like to lounge on the lawns. 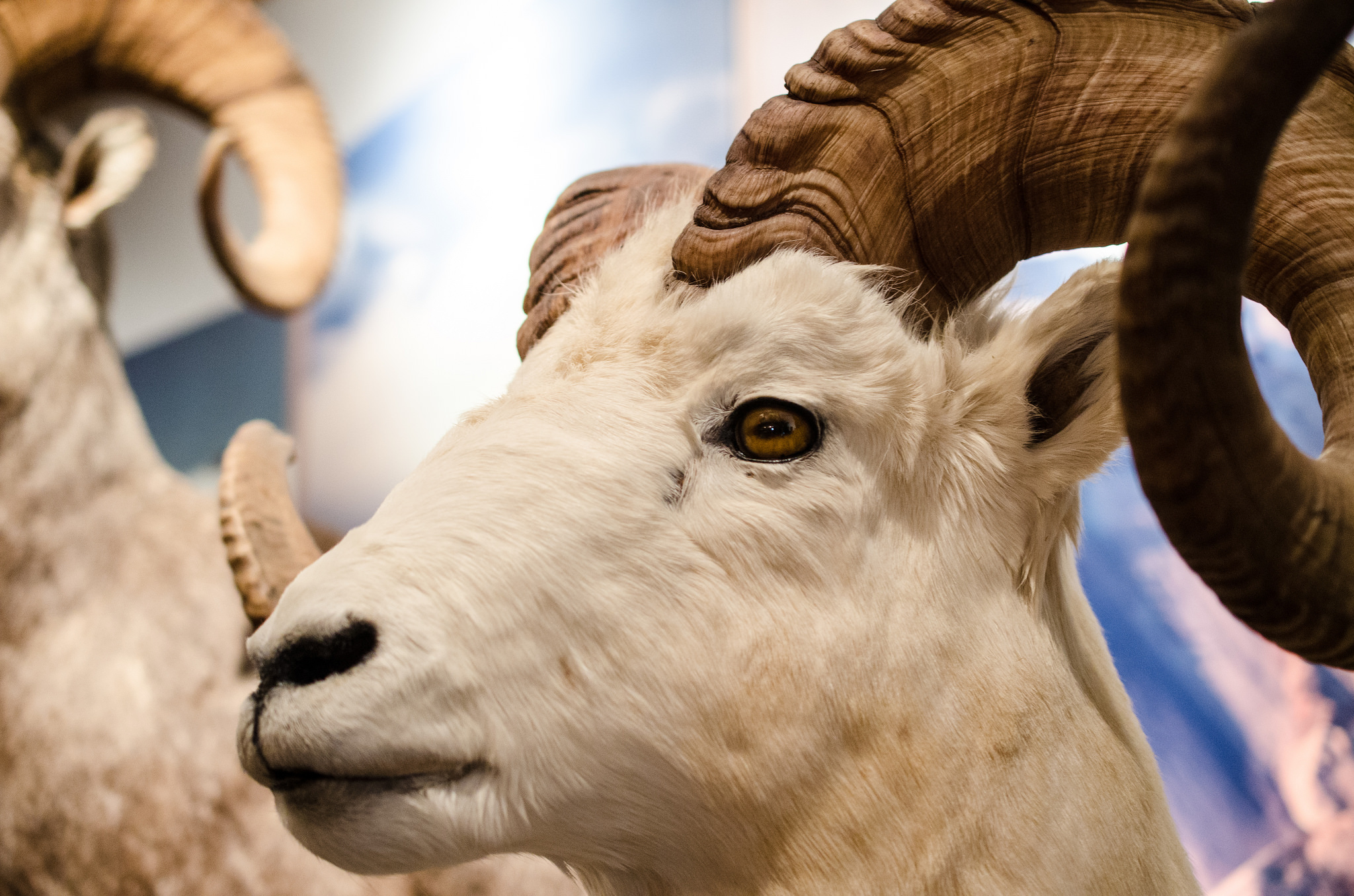 Whiskey Mountain, which rises nearly 11,000 feet above Dubois (a small, rustic town 55 miles east of Moran Junction), is home to the largest wintering herd of bighorn sheep in the lower 48 states. The sheep herds that summer on BLM Ridge, Sheep Ridge and Torrey Ridge band together here beneath Torrey Rim for about four months to mate and escape winter's worst. Though the 800 or so bighorns are nearly impossible to spot in summer when they head to the high country, come fall they flock to the lower elevations with just one thing in mind - amour. Meaning they also drop their inhibitions to human observers. You can drive up to Whiskey Mountain and its observation stations, or check with the folks at the National Bighorn Sheep Interpretive Center in Dubois about a guided tour. 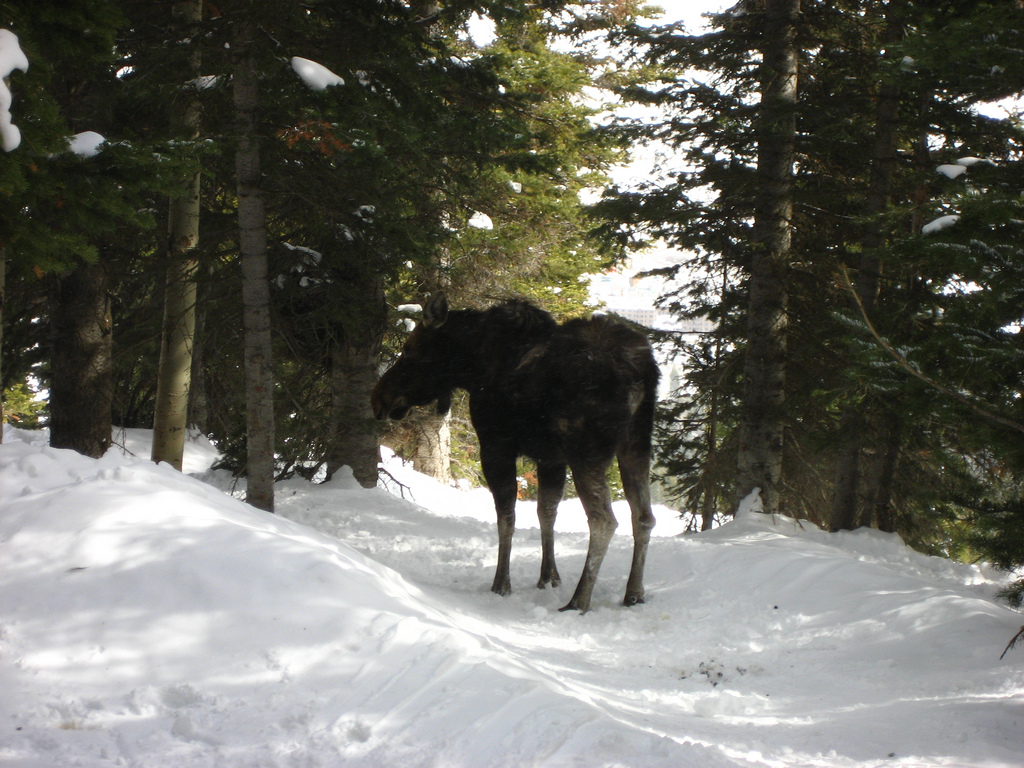 Grand Teton National Park is most famous for its jagged horizon, but its wildlife ranks right behind. Just south of Jackson Lake Lodge, Oxbow Bend is a watery aviary, luring swans, white pelicans, eagles, osprey and ducks to the Snake River. Moose also are frequent visitors, coming down to browse the riverside thickets. Explore the Moose-Wilson Road that runs between park headquarters and Teton Village in late summer or early fall and you've got an excellent chance of spotting black bears lured by the succulent hawthorn berries. Early in the morning or near sunset, you might also spy moose drawn to the wetlands here. While pronghorn antelope are easily spotted on the sagebrush flats off the Teton Park Road beneath the Grand Teton, for elk you'll want to visit the National Elk Refuge just north of the town of Jackson. Roughly 8,000 elk congregate on these feeding grounds during the winter for a bite to eat. Heavy snows force the animals to lower elevations in search of food, and they stay on the refuge for about six months of the year. During the hardest part of the winter, if natural forage is not available, the elk are fed supplementally. You can see them close up on a horse-drawn sleigh ride. 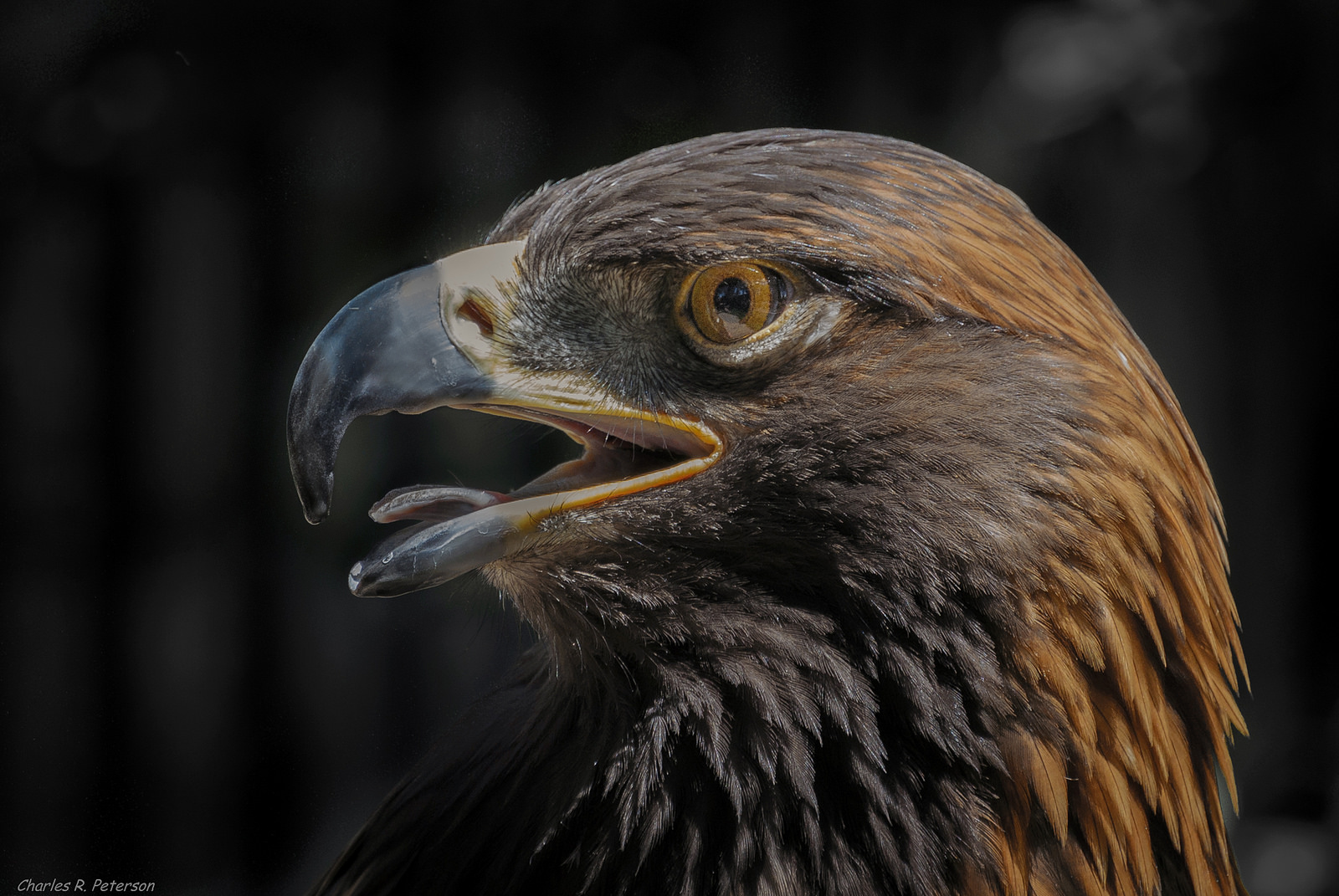 When people think of the hottest birding spots in North America, Wyoming doesn't always come to mind, but with 400 species seen in the state, the opportunities for sightings are endless. The Seedskadee National Wildlife Refuge north of the town of Green River was named for the Shoshone Indian word "Sisk-a-dee-agie," or "river of the prairie hen." More than half of Wyoming's bird species can be seen here. Cokeville National Wildlife Refuge – also in southwestern Wyoming – has one of the state's highest densities of nesting waterfowl. In southeastern Wyoming, the Hutton National Wildlife Refuge and the Snowy Range Scenic Byway are favorite birding locations. The Platte Valley Festival of Birds – held annually on the weekend after Memorial Day – is a good time to visit the Saratoga-Encampment area. Of course, Grand Teton and Yellowstone national parks are prime destinations for birding, too. The Yellowstone Association Institute offers birding expeditions lasting a day or longer, and the Teton Science Schools run a summer series of bird banding breakfasts where families can join field staff in monitoring Jackson Hole-area songbirds.