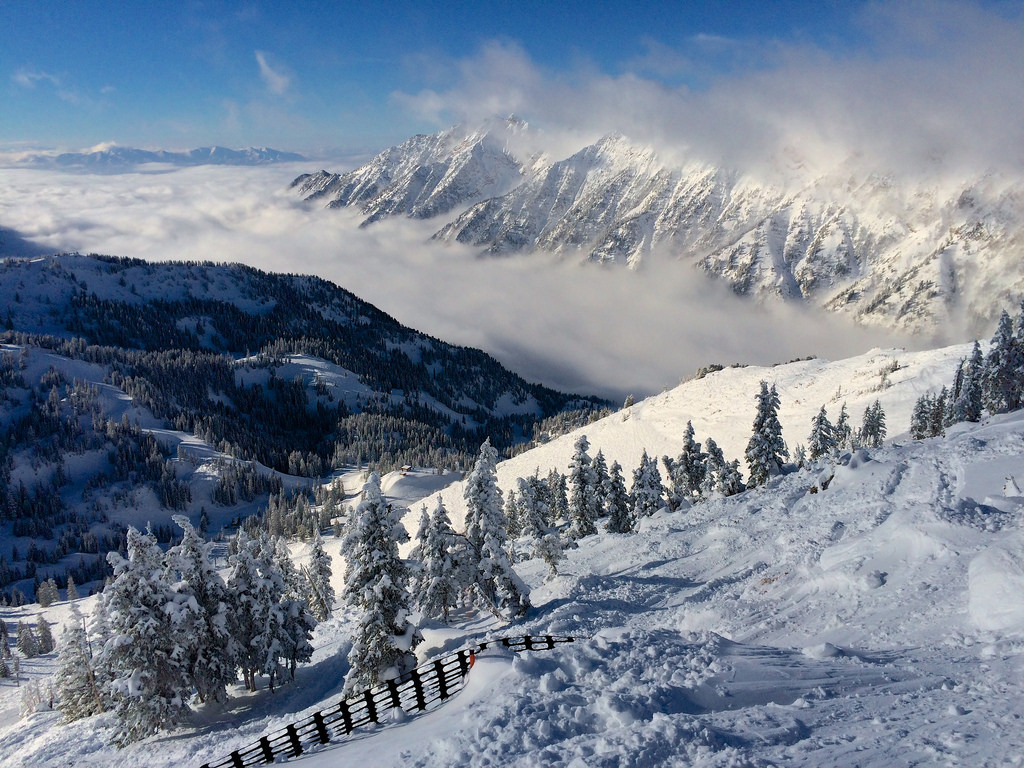 The American West is chock full of topnotch skiing opportunities, and Wyoming is home to a large number of them. The definite ground-zero, though, has to be Jackson Hole. Most beginners wouldn’t even think of starting out in this intimidating region; however, there are some trails that powder newbies will feel comfortable on. At Jackson Hole, green trails are akin to black ones at many other resorts - and black runs are unlike anything you’ve ever seen before.

Get a Lay of the Land

Two mountains make up the skiing region that is known collectively as Jackson Hole. Apres Vous Mountain boasts the bulk of the intermediate and advanced runs, while Rendezvous Mountain offers most of the opportunities for beginners and inexperienced skiers. Still, even the runs that are designated as “easy” can be intimidating to those without a whole lot of skiing experience. Steep, deep trails and an abundance of trees characterize most of the runs so if you want to test your mettle, you’d be hard pressed to find a better place to do so.

Getting the Most Out of Your Visit

You won’t find some of the most fabled runs in Jackson Hole on popular trail maps. If you really want to get into the middle of heart-pounding skiing opportunities, you’ll have to go off-trail to do so. Better still, you’ll want to hire a guide who can take you to the best spots. The only financially reasonable way to do this, though, is by going as a group. With everyone chipping in, it will be easy to hire a local who can show you all the best that Jackson Hole has to offer.

If you’ve never strapped on a pair of skis before, Jackson Hole can seem intimidating. In fact, most beginners prefer to get their bearings at a less intense area before heading over to Jackson Hole. Still, there are places to get started - and plenty of lessons to be had, too. Green runs, like Eagle’s Rest and Teewinot, are ideal for anyone who isn’t well-versed in the sprt. Keep in mind, too, that beginner runs at Jackson Hole are akin to blue-rated runs elsewhere.

There is a major difference between a green-rated run and a blue-rated run in Jackson Hole. At some ski areas, the leap isn’t that huge; at Jackson Hole, it’s massive. The trails here can be very confusing, so be sure to keep a reliable trail map with you at all times. You’ll have plenty of intermediate runs to choose from, but Wener, Gros Ventre and Sleeping Indian are all local favorites. Remember that a few hours on the greens won’t be enough to truly prepare you for the blues, though.

If you’re an expert skier, you’ll really be able to push the limits of your skill at Jackson Hole. For a really unforgettable experience, be sure to put Corbet’s Couloir at the top of your to-ski list. This run starts off with a 10 to 20 feet airborne jump; from there, you work your way down a rocky and narrow chute. It’s a thrill-a-minute run that you won’t soon forget. Rendezvous Bowl is another great option; keep in mind, though, that it’s not groomed and can be unpredictable as a result.

Three Days in the Grand Tetons

7 Idaho Ski Resorts from the Snowbird to the Newbie