The Do Son Buffalo Fighting Festival: A Uniquely Vietnamese Festival 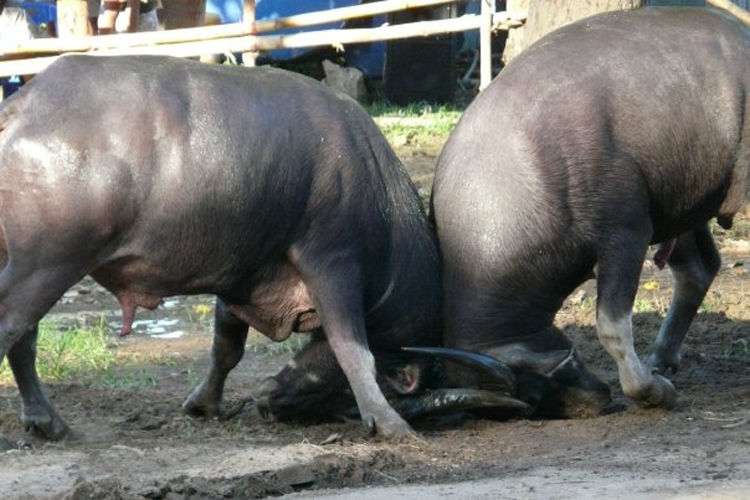 The Do Son Buffalo Fighting Festival is a unique way for world travelers to indulge in Vietnamese culture while exploring an annual tradition. As the name suggests, this celebration involves buffalo fighting each other during elimination rounds. While it may sound unusual, this tradition is taken very seriously in Vietnam, and preparations for the fights are extremely elaborate.

Held in September at the stadium of Do Son Town in Hai Phong City, participants will prepare for the event months in advance. These individuals aim to select the ideal buffalo, looking for characteristics such as a long neck, a wide chest and bow-shaped horns. The animals must also be between 4 and 5 years old. Once these creatures are chosen, they are trained for months. During this time, the buffalo are well-fed and kept away from all other animals. Many locals pick their favorite buffalo before the actual fight, and some even hold prayer ceremonies the night before to wish their chosen creature good luck.

When the day of the festival finally arrives, a large parade is led down the streets and the selected buffalo are led to the fighting arena by 24 men. Before the fight begins, the men dance to the sounds of drums and gongs as the crowd, which normally consists of several thousand people, prepares for the battle. Then, two of the animals are lead to opposite sides of the grounds. Upon the first signal, the buffalo are directed to the fighting circle. When the second signal chimes, the animals are unleashed as the spectators yell and cheer. Butting heads, the buffalo can fight for varying amounts of time, depending on their strength.

Once the fight is complete, the winning animal will move on to the next round, until only one buffalo remains. The individual who owns the winning creature will receive 40 million dong, or almost $2,000. Typically, the men from the village of this prize buffalo will celebrate its victory for the rest of the evening, often bringing the creature along for the party. However, regardless of which animal wins or loses, each buffalo is killed and its meat is sold outside the stadium. Many people who buy the fresh meat believe that it will bring them good luck.