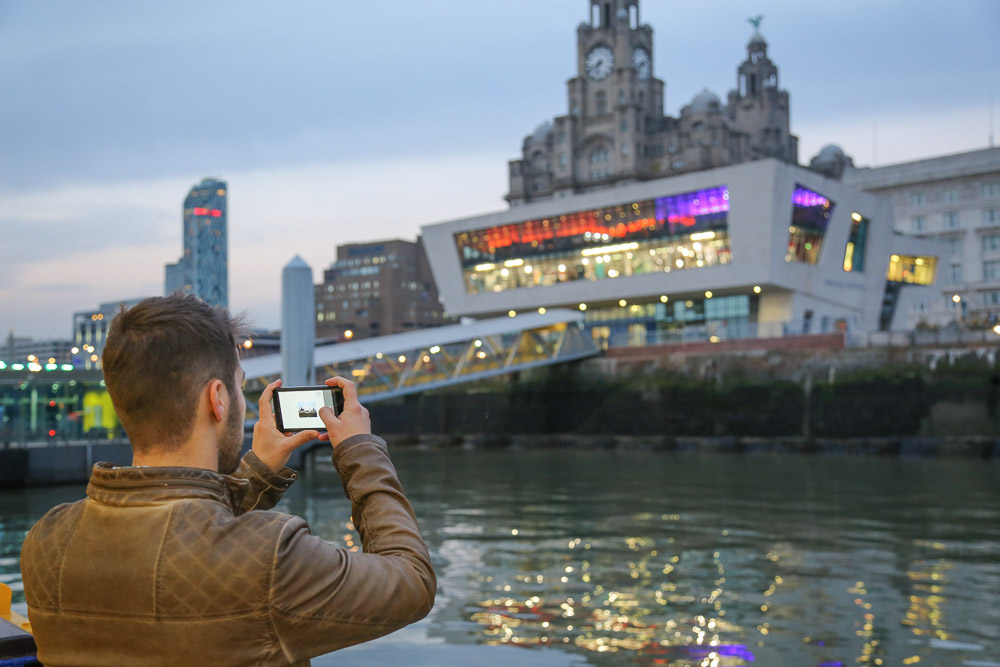 Britain’s coastal city of Liverpool is perhaps best known for its industrial past—it reigned as the world’s leading city for cotton production during the Industrial Revolution—football and a little band widely known as the Fab Four. But sports, Beatles history and manufacturing aside, it’s also a vibrant place full of art, music and culinary wonders galore—and there’s never been a better time to be a Liverpudlian than now. 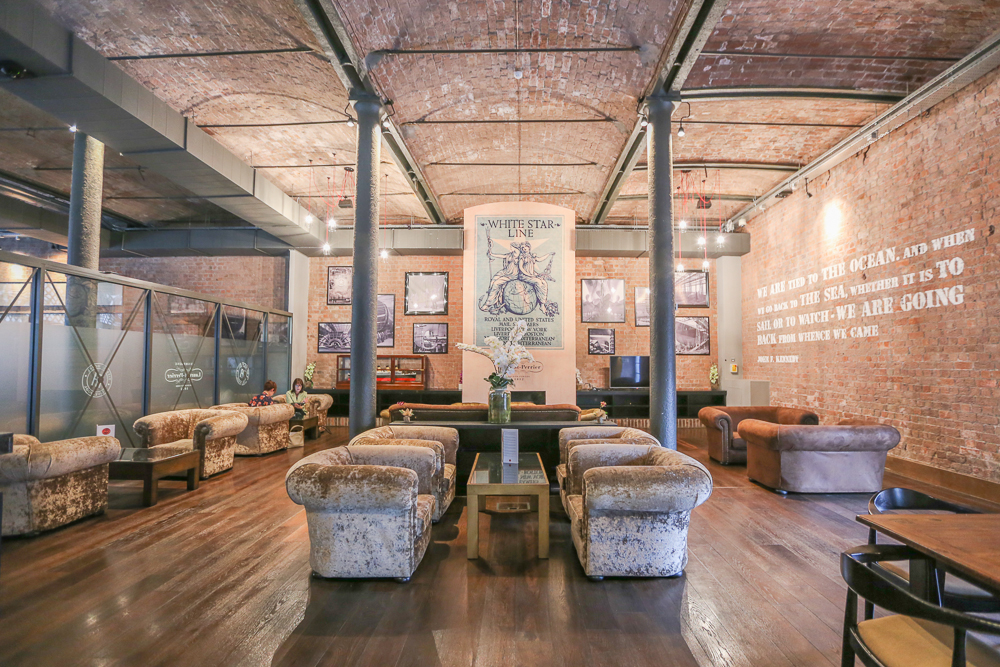 The latest boutique hotel to arrive in town, Titanic Hotel Liverpool occupies waterfront real estate due north of Albert Dock, in the up-and-coming Stanley Dock that’s next in line to be developed. The former rum warehouse now boasts 153 spacious and well-appointed rooms, and the entire property has an overarching nautical theme so guests feel like they’re staying inside one very large ship. 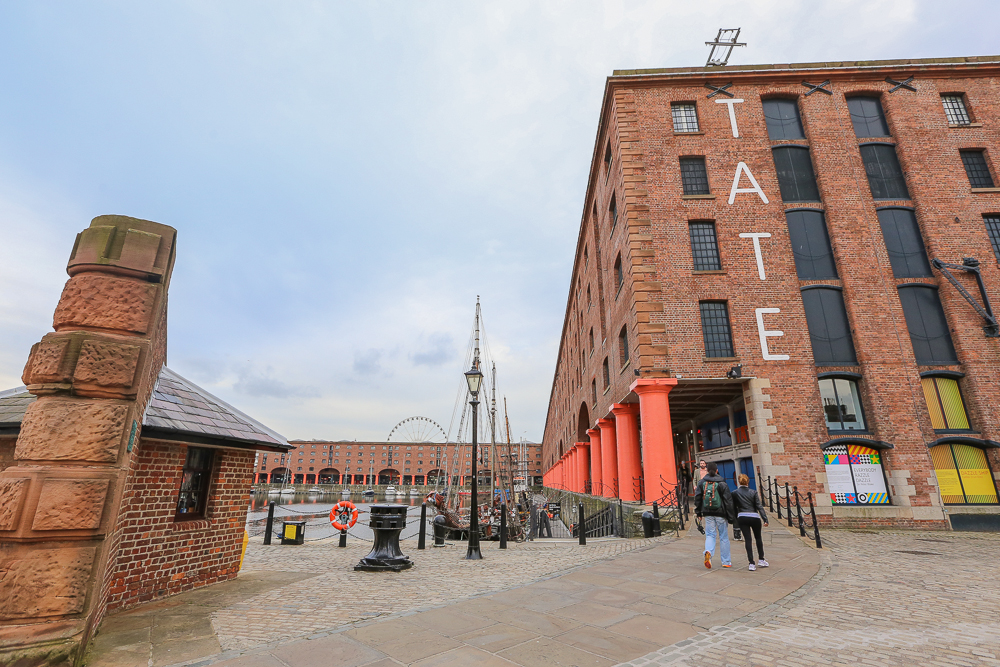 Construction on Albert Dock initially began in 1841, but the area went downhill after the wars, and it wasn’t until the 1980’s that the waterfront was transformed again. The dock reopened in 1988 as a center for Liverpool’s cultural activity and continues to draw locals and tourists alike thanks to a number of diverse offerings that include Tate Liverpool, Museum of Liverpool, Dazzle Ferry and the Beatles Story. 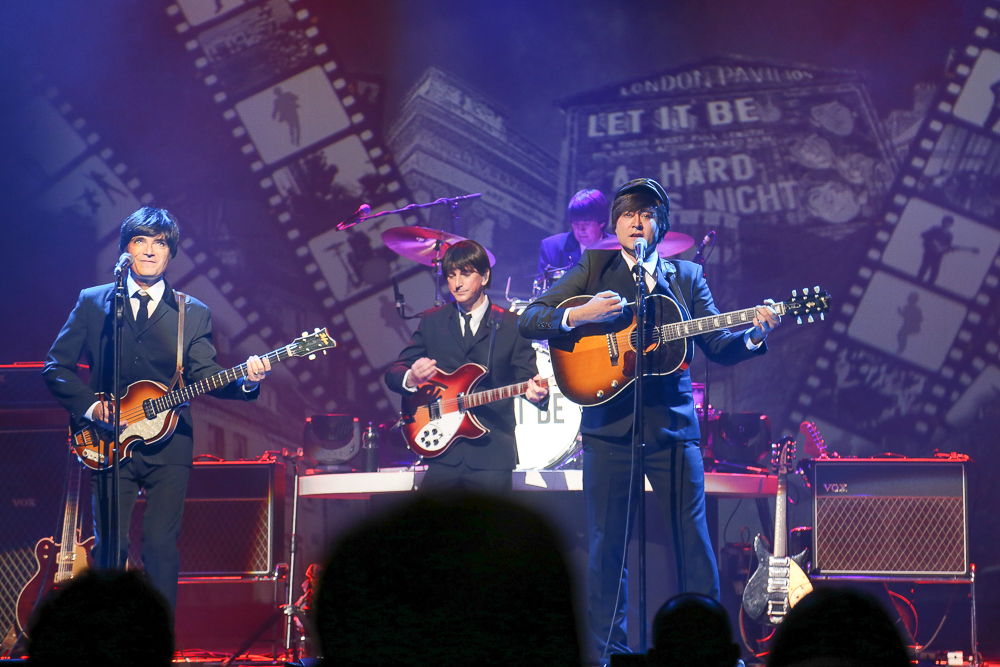 Partially responsible for Liverpool being a name recognized in every corner of the globe, the Beatles’ legacy lives on in multiple forms around town, from The Beatles Story at Albert Dock to musicals like the limited run of Let It Be at the Royal Court Theatre. Of course, there’s also the iconic Abbey Road, Strawberry Field and the Cavern Club, and every establishment around town also seems to lay claim to being a former haunt of John Lennon’s. 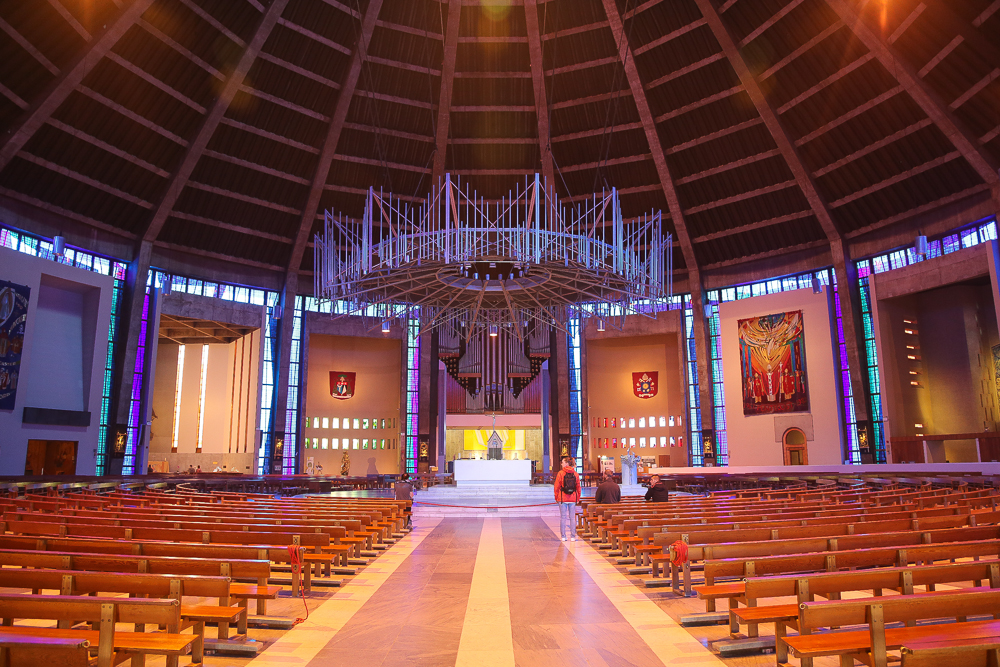 On and around Hope Street, you’ll find some of the city’s most interesting and stunning architecture, including the Metropolitan Cathedral of Christ the King, one of Liverpool’s two cathedrals and the largest of its kind in the United Kingdom. 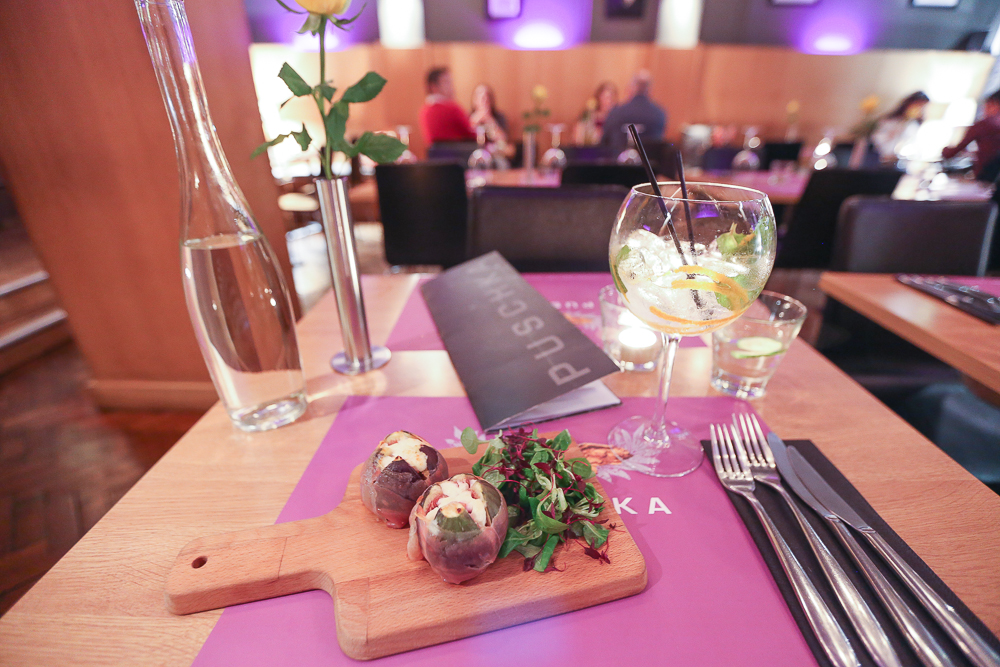 The Georgian Quarter is chock full of hidden gems like Puschka, a delightfully charming modern European dining experience with a focus on seasonal, locally-sourced ingredients. Bonus: The restaurant also serves cocktails made from Liverpool Gin, a three-year-old, artisan spirits company that is distilled out of the nearby Belvedere Arms. 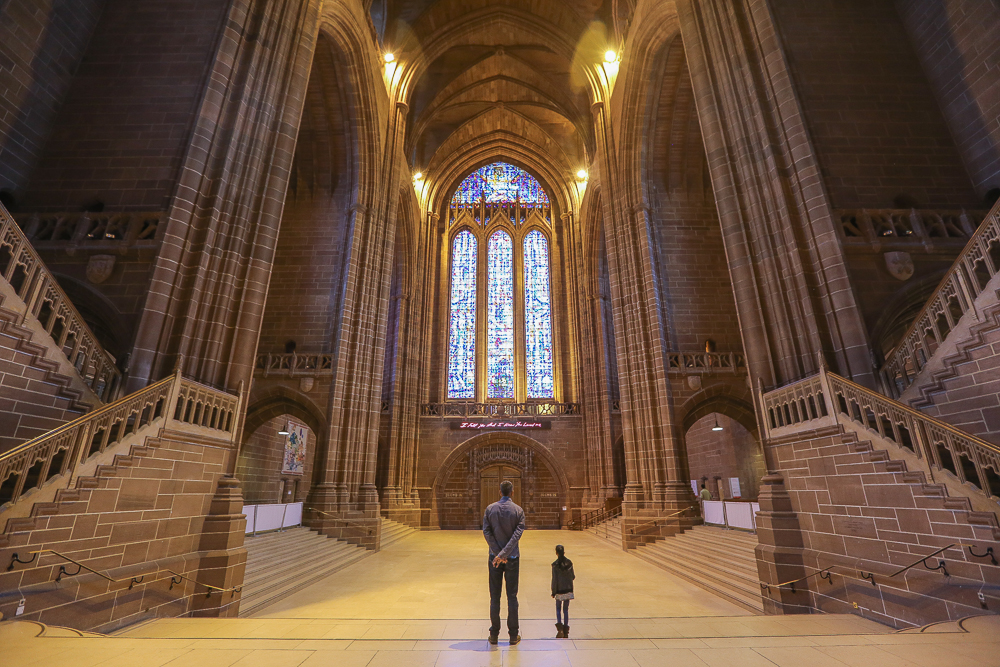 Construction on the Gothic Revival-style Liverpool Cathedral began in 1904, and it’s still one of England’s most awe-inspiring buildings today, despite having been severely damaged by bombing during World War II. At more than 100,000 square feet in size, this fifth largest cathedral in the world has plenty of arches, vaults, and nooks and crannies to explore—just don’t forget to #tweetfromthetower and enjoy a sprawling panorama of Liverpool as you ascend to the top of the 220-foot bell tower by elevator. 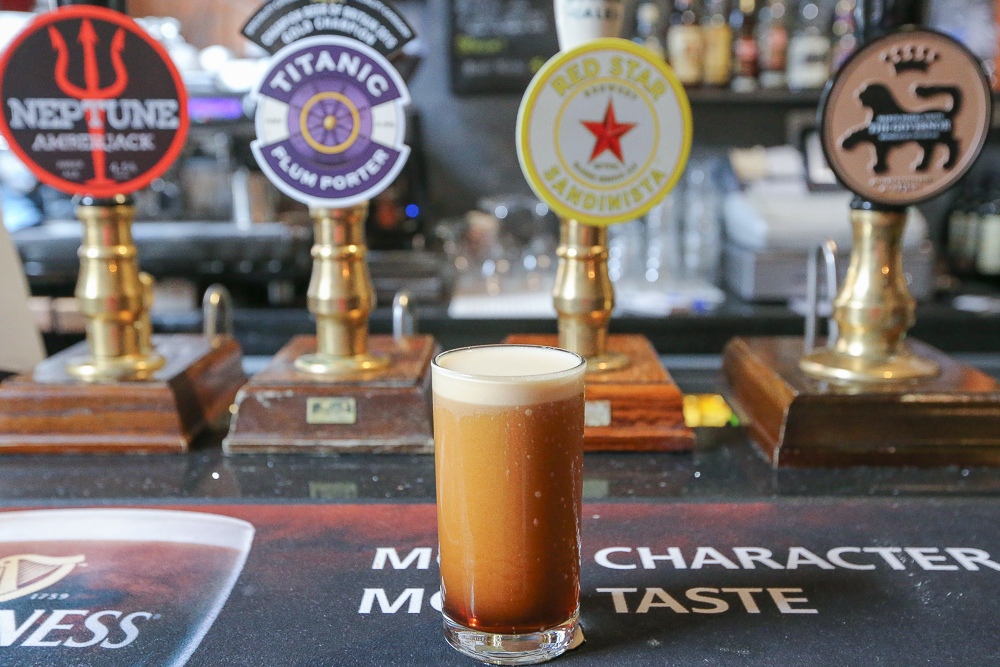 Where else but Liverpool can you sip a pint in a former jailhouse that also happened to be Charles Dickens’ inspiration for one of his novels? At Liverpool One Bridewell in Campbell Square, not only can you taste your way through a number of regional brews like the Titanic Plum Porter, but you can make order that local favorite, the Scouse, and eat it from the comfort of a converted jail cell (you know, just like the inmates used to do). 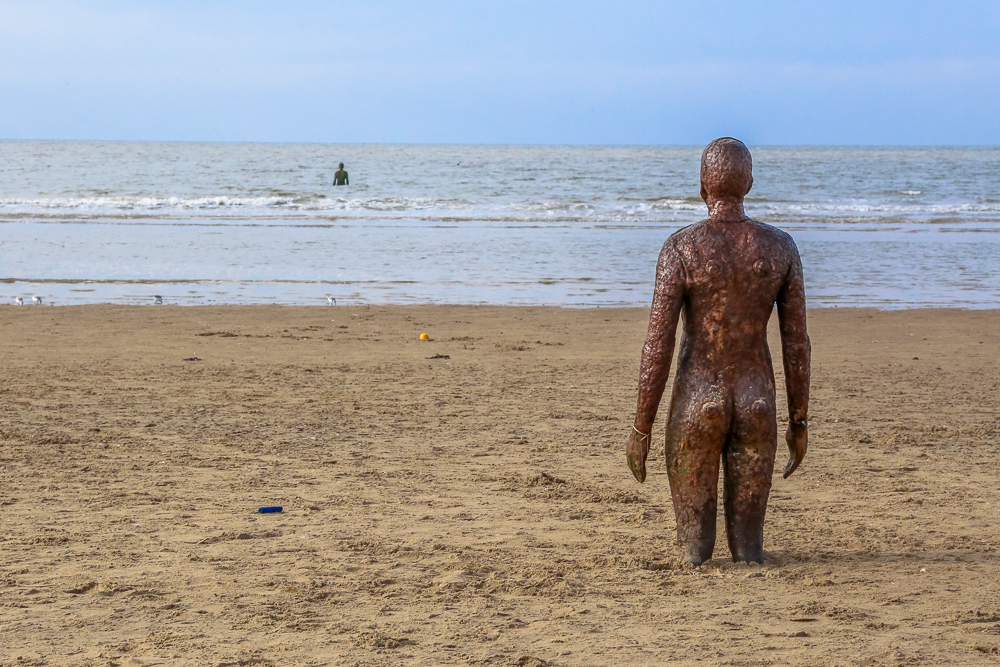 Artist Antony Gormley’s stunning exhibition, “Another Place,” is on permanent display at Crosby Beach, a quick, 15-minute cab ride north of Liverpool’s center. One hundred ominous iron men clocking in at 650 kilos and cast from Gormley’s own body occupy a mile-and-a-half stretch of beach and make for excellent photo opps. 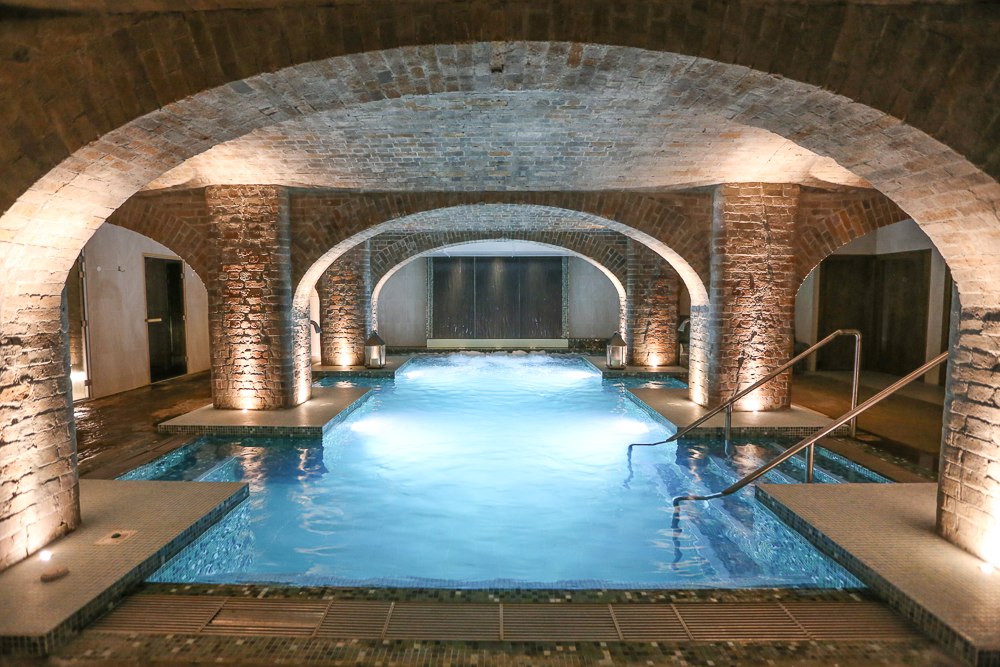 After a long day of walking around the maritime city, there’s nary a better respite than the Spa at the Titanic Hotel Liverpool. With four treatment rooms, a menu of ocean-inspired facials and massages, and a heated, swoon-worthy pool, this subterranean spa gives the feeling that you’ve been transported to a grotto in the middle of the Mediterranean (just don’t forget to pack your bathing suit!).