Stories of days gone by, Vikings, Romans, Celts, scholars, and plenty of spooks paint a fascinating picture of England’s rich history. While most people head directly to London when planning a trip to the UK, don’t overlook the rest of England. With a number of heritage cities that have shifted from bustling towns in the ‘olden days’ to modern metropolises ripe for discovery, a trip to any of these wonderful destinations is a journey back in time.

Check out these 5 university towns that combine history, academics and tourist attractions for a truly unique European getaway. 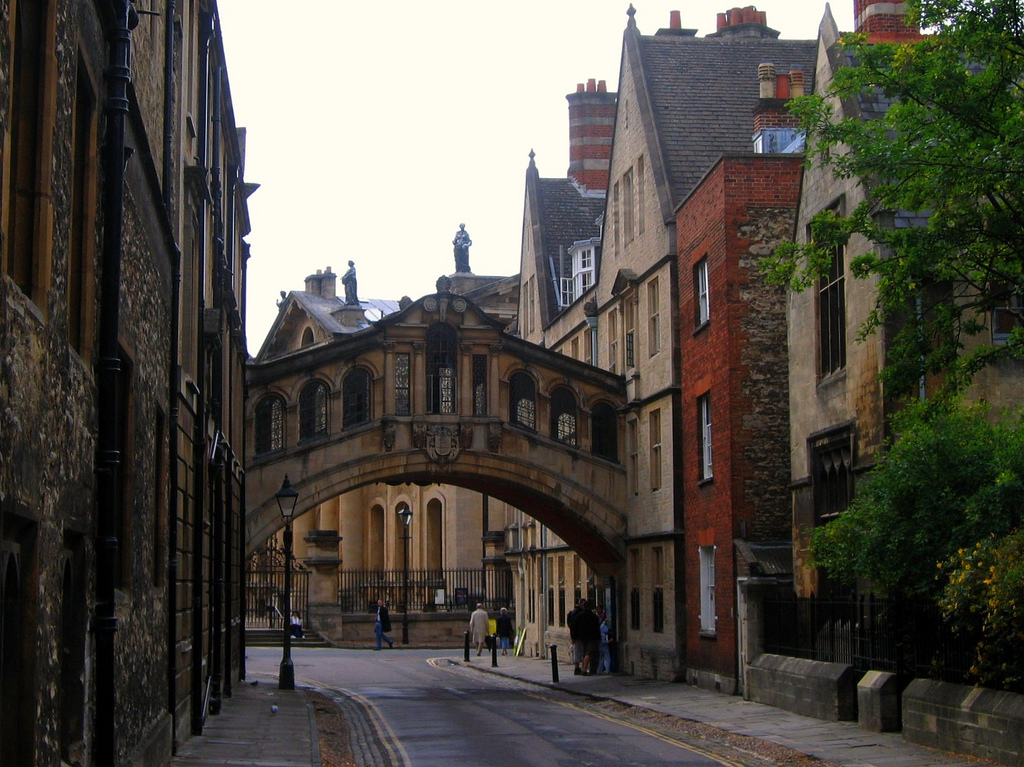 Set in southern England in the county of Oxfordshire, Oxford is best known for its elite university you may recognize from the Harry Potter series. Dubbed ‘the City of Dreaming Spires’ due to its elaborate and bewitching skyline, it’s packed with colleges dating back to Medieval times making the entire city look quite fairy-talesque. Must-see sights include the circular 18th Century Radcliffe Camera, a neo-classical library and the Ashmolean Museum, home to a cabinet of curiosities that Elias Ashmole donated in 1677. If you prefer outdoor pursuits, a classic Oxford activity is ‘punting’ on the flat-bottomed boats that meander the shallow river Isis. Make sure to pack a picnic and don’t forget the Pimms! There is also plenty to see outside of Oxford itself, including the famous Cotswolds countryside with its picture-perfect villages, Blenheim Palace and the modern Bicester Village for those who prefer a trip to the outlet mall!

Another university town set in the countryside, Cambridge resides 50 miles north of London in East Anglia on the beautiful shores of the River Cam. Founded in 1209 the University is the city’s main attraction, but archaeological evidence suggests the first settlers were actually from the Bronze Age and Roman times. If you’re a history fan, stop by Our Lady of the English Martyrs Church dating back to 1890 and St John’s College, first established in the 13th Century. Another highlight is King’s College Chapel. Now a high tech center, Cambridge has adopted the moniker ‘Silcone Fen,’ a humorous nod to the marshy wetlands in the area and colleagues across the pound. For those who prefer a little fresh air, the University Botanic Gardens, Clare Fellow’s Gardens, a punt on the Cam River, and exploring ‘the Backs’ (the landscaped gardens hidden behind the colleges) are also must-dos. 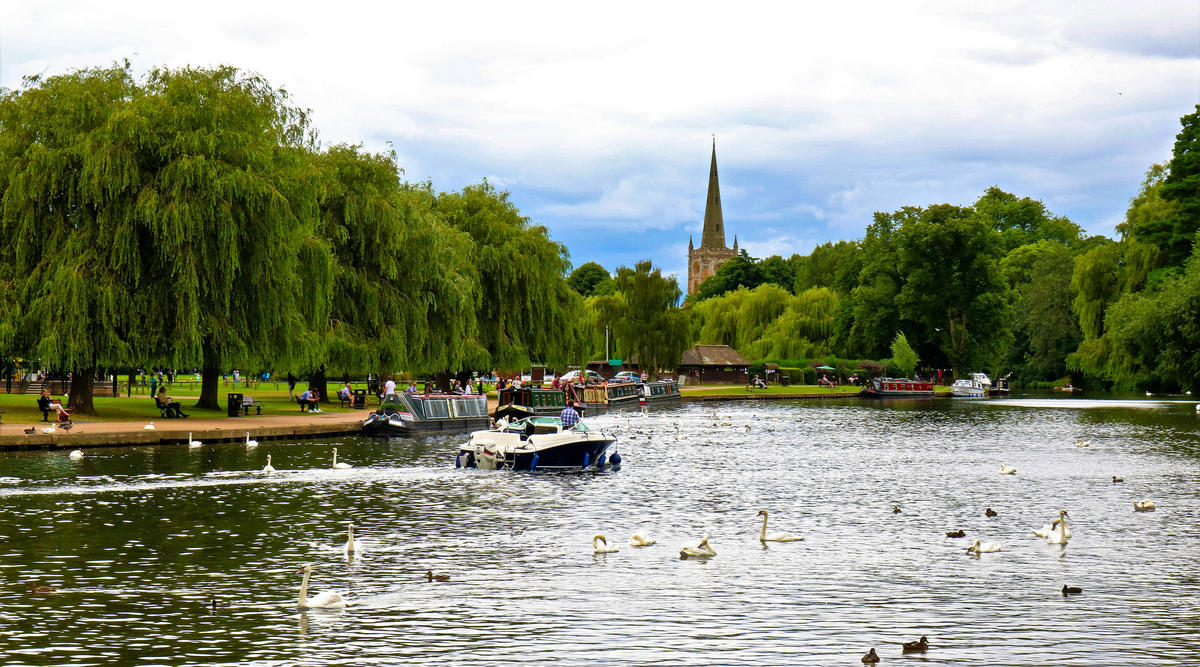 A market town and the birthplace of William Shakespeare, Stratford gets about 4.9 million visitors every year who come to pay homage to the playwright. Set between Birmingham and Warwick in Warwickshire, it’s hard to escape the Shakespeare related attractions, whether you want to catch a show at the Swan or Royal Shakespeare Theatres, visit the author’s birthplace or see his five family homes. For outdoor pursuits, why not visit the Butterfly Farm, Bancroft Gardens, or take a boat tour on the Avon? Interesting museums in town include Tudor World and the amusingly named ‘Mad’ museum where children go wild for the automated machines and marble runs. Those who appreciate period homes should visit Compton Verney where various events are held throughout the year. To see the city in a different light, you can also rent bikes or take a ride in a hot air balloon. Wonder what William would think of that? 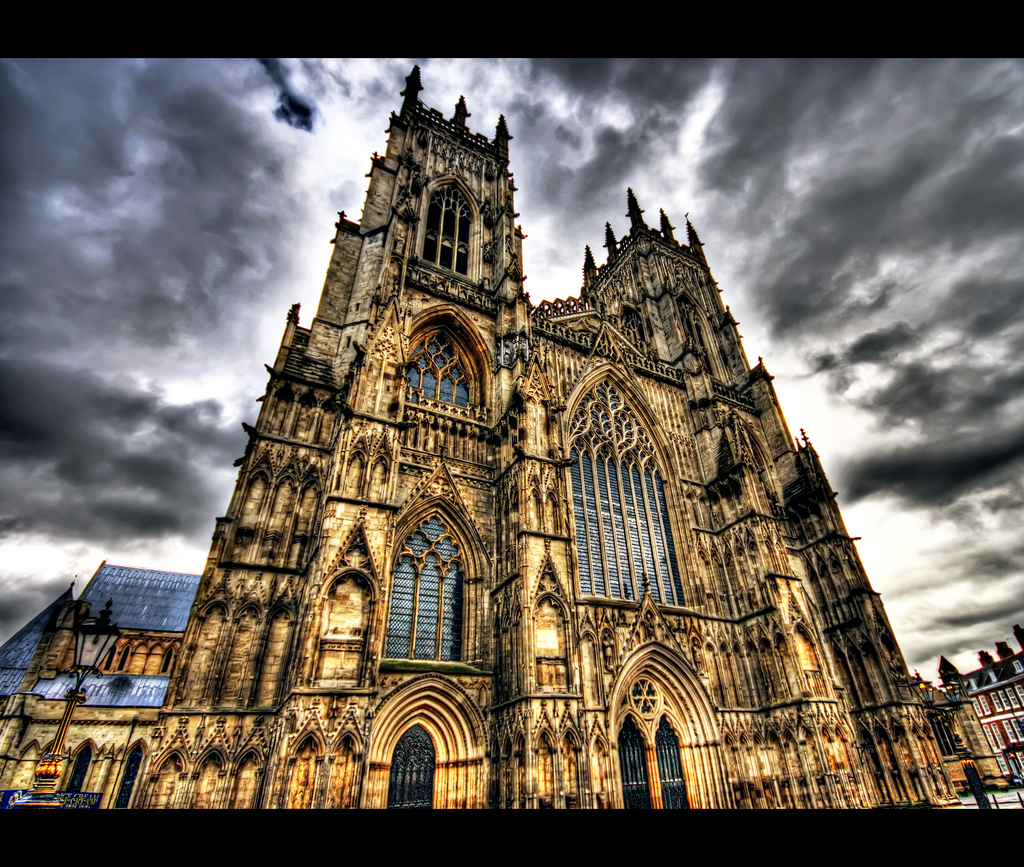 Founded by the Romans as Eboracum in 71AD, York was once the capital of ‘Britannia Inferior’ before it became the Kingdoms of Northumbria and Jorvik. A walled city strategically located at the confluence of the rivers Ouse and Foss in North Yorkshire, it was a key trading center in the Middle Ages and the heart of the Church of England in the North. History buffs should tour the castles of Hazlewood and Howard and stop by York Minster, the largest gothic cathedral in northern Europe. To delve even deeper into the harried past, swing by the Jorvik Viking Centre, the beautiful Yorkshire Museum or the York Dungeon. You can also tour haunted York, stopping by the ‘shambles’ (which were once butchers’ row) before ending up in the 200 year old Blue Bell Pub for a pint. 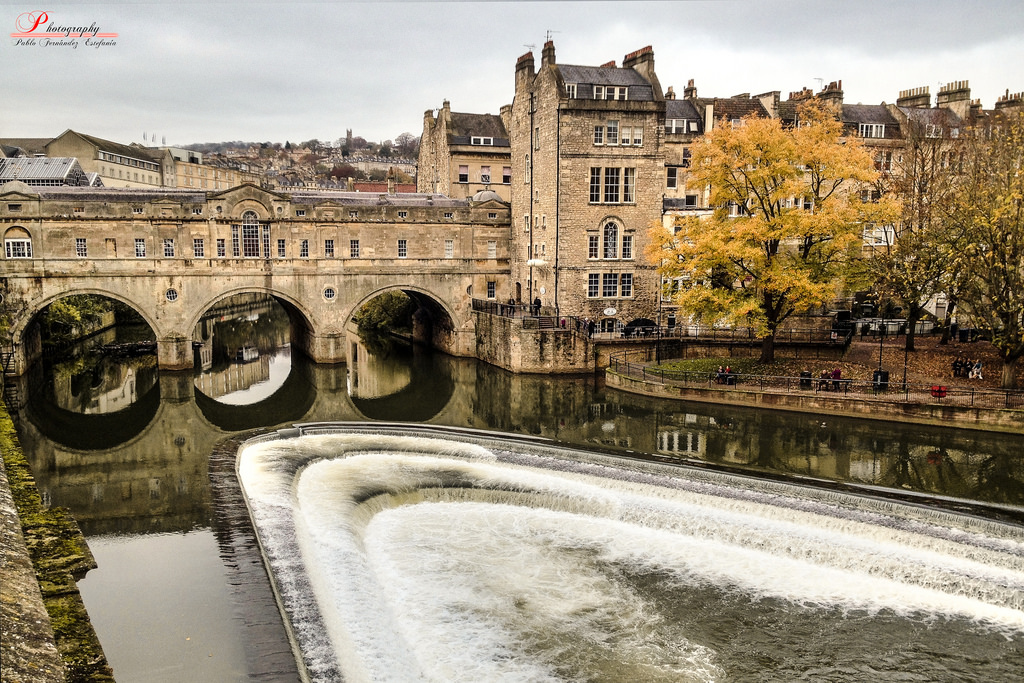 One of the UK’s most beloved cities for a weekend escape, Bath has it all: plenty of attractions, great places to stay and grandiose Georgian architecture. Designated a World Heritage Site, Bath is the last mineral-rich natural hot springs in the UK where you are allowed (and encouraged) to bathe in authentic Roman style baths, just like the Celts and Romans did over 2,000 years ago! Visitors also flock to the famous Royal Crescent of Georgian Townhouses, a row of 30 terraced homes laid out in a sweeping crescent that’s one of the best examples of Georgian architecture in the UK. Thanks to its University, Bath also boasts a bustling nightlife and great pedestrian area for shopping. It’s also worth noting, that Stonehenge and Longleat Safari park are close by for a visit.