Embark on a World Architecture Tour Without Leaving Spain


One of the main reasons travelers are enthralled with Europe is to marvel at the incredible architecture of the old world. Spain has one of the most eclectic styles on the planet, with impressive buildings influenced by a number of periods throughout history. From the Roman invasion to the beginning of Christianity, a trip through Spain is a trip back in time as these structures shock, awe and take a page straight out of the history books.

Many consider the 14th century Alhambra, in Granada, to be among the first truly innovative examples of Spanish architecture. The Burgos Cathedral in Burgos, Spain is a perfect example of the Gothic style. In Madrid, the sweeping Royal Palace abounds in architectural and stylistic delights. For sheer inspiration and flair, though, you can’t beat the designs of Antoni Gaudi in Barcelona, which is something that all architectural enthusiasts should experience at least once in their lives.

Touring Spain? Here's what to look for: 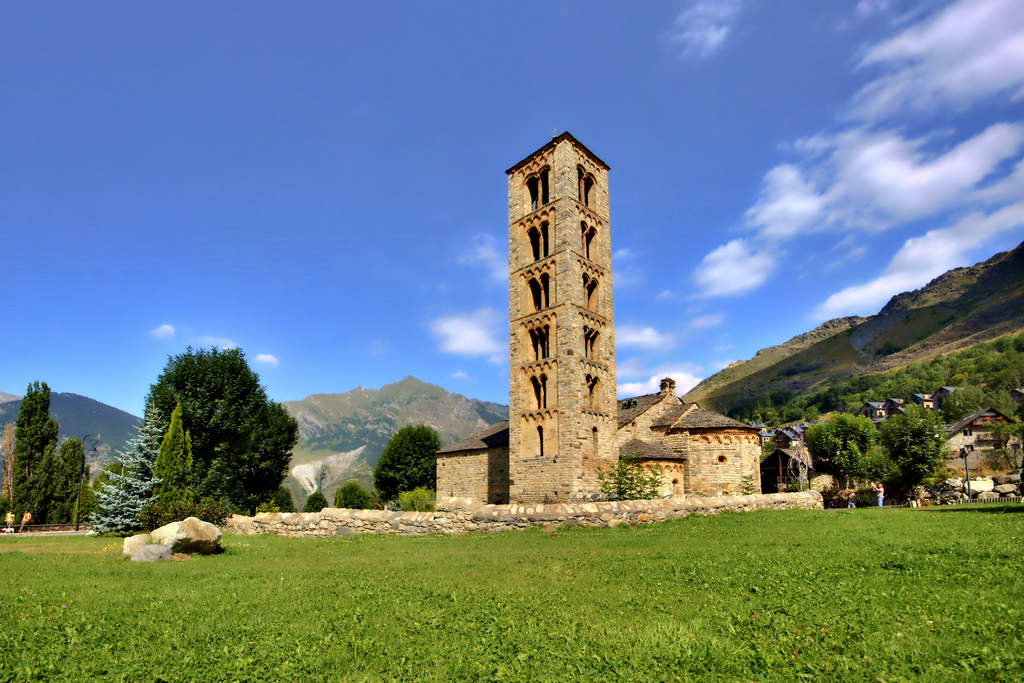 From the 8th to the 10th centuries, the Kingdom of Asturias, caught between the Cantabrian Sea to the North and Arab domination to the South was able to assert itself by building a series of churches that brought together Romanesque, Carolingian, Byzantine and Mozarab influence well ahead of its time. Oviedo in the north has a number of great examples, most famously the Cámara Santa or Holy Chamber, a 9th century crypt and chapel. The Iglesia de San Clemente de Taüll, a Romanesque church in the Boí Valley also received the UNESCO World Heritage designation in 2000. Castillo de Loarre (Loarre Castle), built in the 11th century is considered to be the most important Romanesque fortress in Spain and houses the church of Santa María. 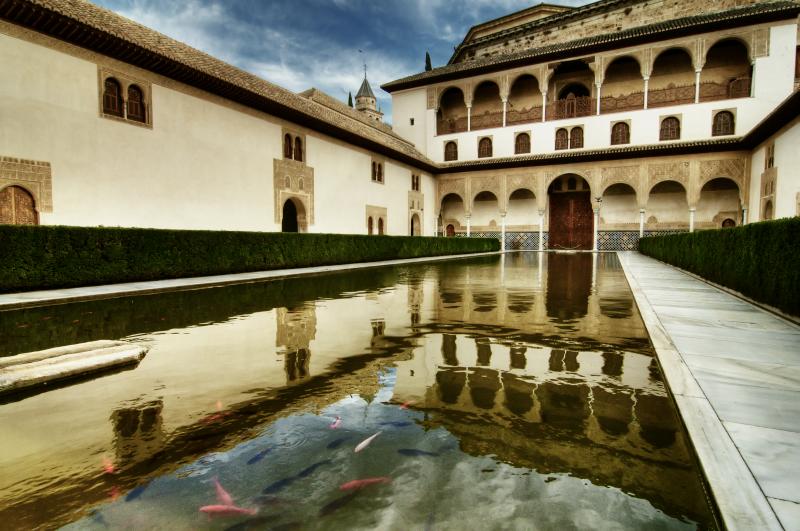 The best examples of Arabic design are evident in Spain’s 6000+ castles, towers, palaces, fortresses, and watchtowers. A must-see is the Alhambra of Granada, a true fortified city surrounded by palaces, fountains and gardens straight out of “A Thousand and One Nights.” Also of Arabic origin is the Castle of Calatayud (Zaragoza), conquered by Rodrigo Díaz de Vivar, el Cid Campeador, after his exile from the Castilian court. It was later converted into a fortified palace by Abu Jafar and remains in pristine condition today. The “Mezquita,” or Great Mosque in Córdoba is a universal symbol of Spain’s Moorish heritage, which can be appreciated as you marvel at the form, light, columns and colors of ancient Al-Andalus. The Alcázar in Sevilla, is one of the oldest palaces in Spain and is wrought with Muslim artistic expression adapted to the Christian world. The tiles, water channels, fountains, and water spouts lend their Moorish character. 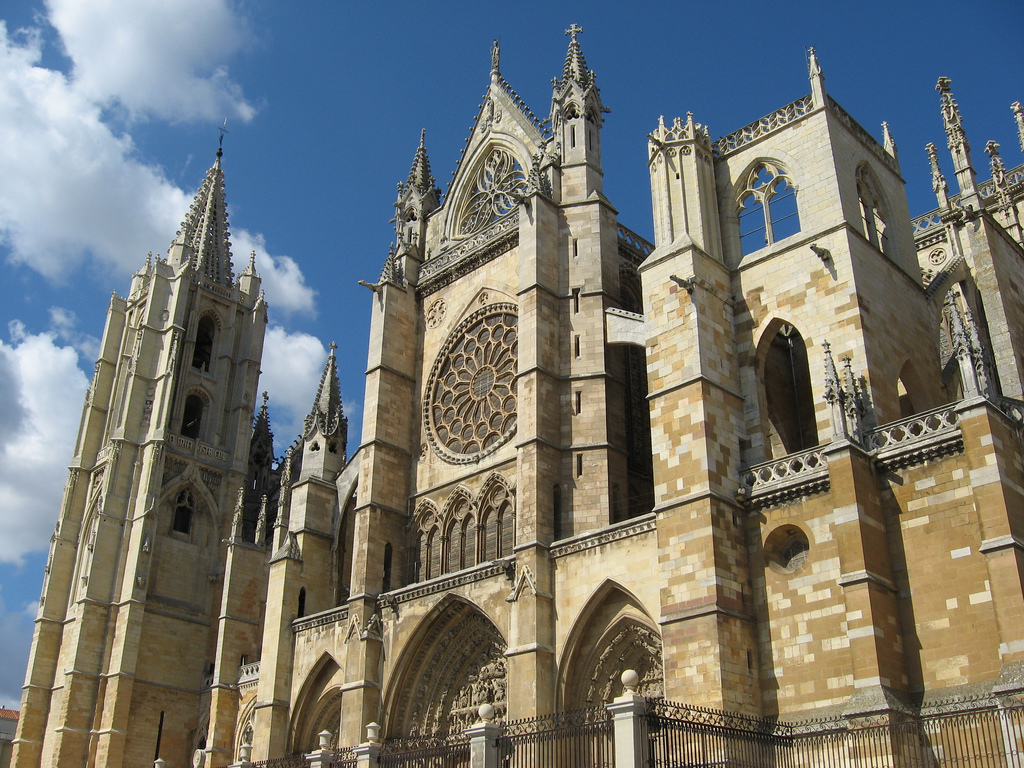 Admired for their stunning stained glass windows, beautiful pointed arches, and abundance of detail, the Gothic style is most prevalent in the region of Castile-León. The city of Burgos is home to one of the most beautiful Gothic cathedrals in the world, earning itself UNESCO World Heritage designation. Take your time soaking up the 500 year old marvel and photographing it's main façade, six-pointed rose window, slender towers, and eight statues of the Castile monarchs. The Pulchra Leonina, the Sistine Chapel; of Spanish Romanesque architecture and the old Hospital de San Marcos are the key points of this former Roman encampment. Over the course of time, León became the capital of the kingdom in the Middle Ages, a historic enclave on the Pilgrim’s Road to Santiago de Compostela and a city perfectly suited to its inhabitants. The city of Salamanca houses one of the oldest and most highly regarded universities in Europe and is also one of the country’s best examples of Renaissance architecture. 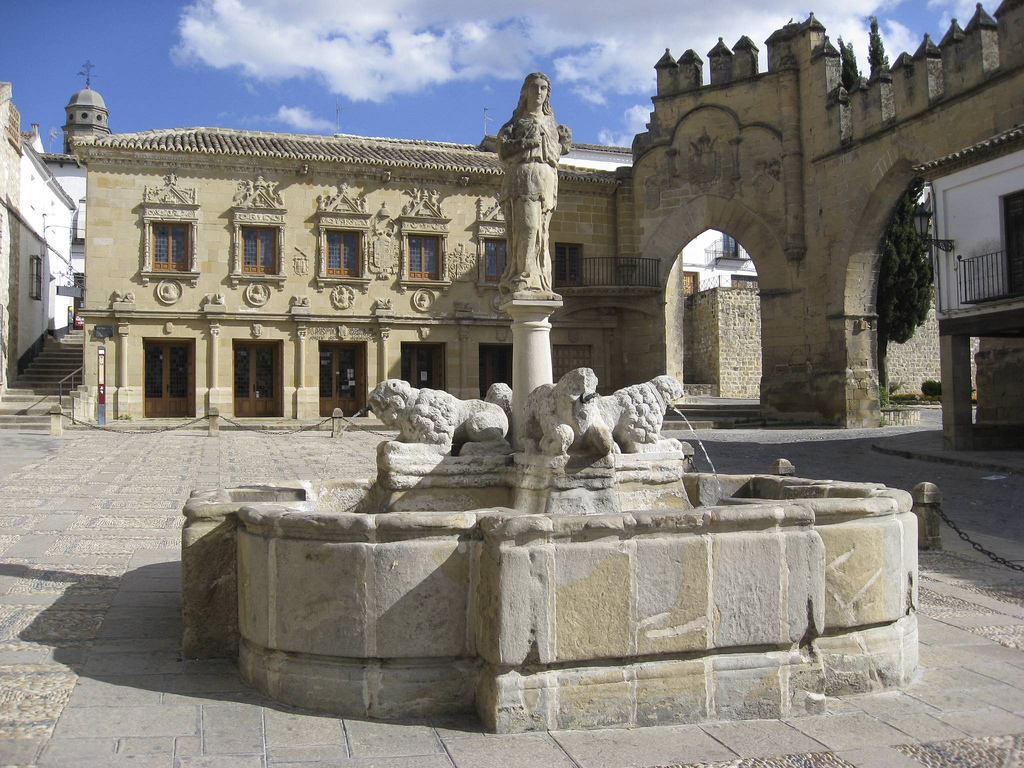 Úbeda and Baeza are situated in the heart of the province of Jaén, and are fine examples of the period of grandeur in Andalusia in the 16th and 17th centuries. An urban model with clear Italian influence, the beauty of Ubeda’s town bordered by green olive groves gives way to façades of carved stone amidst whitewashed houses. Neighboring Baeza is a charming town with an incredible Renaissance heritage, whose most valuable treasures are gathered around the cathedral, a markedly Plateresque building noted by its diamond-shaped points, flower ornamentation, braids and pinnacle. 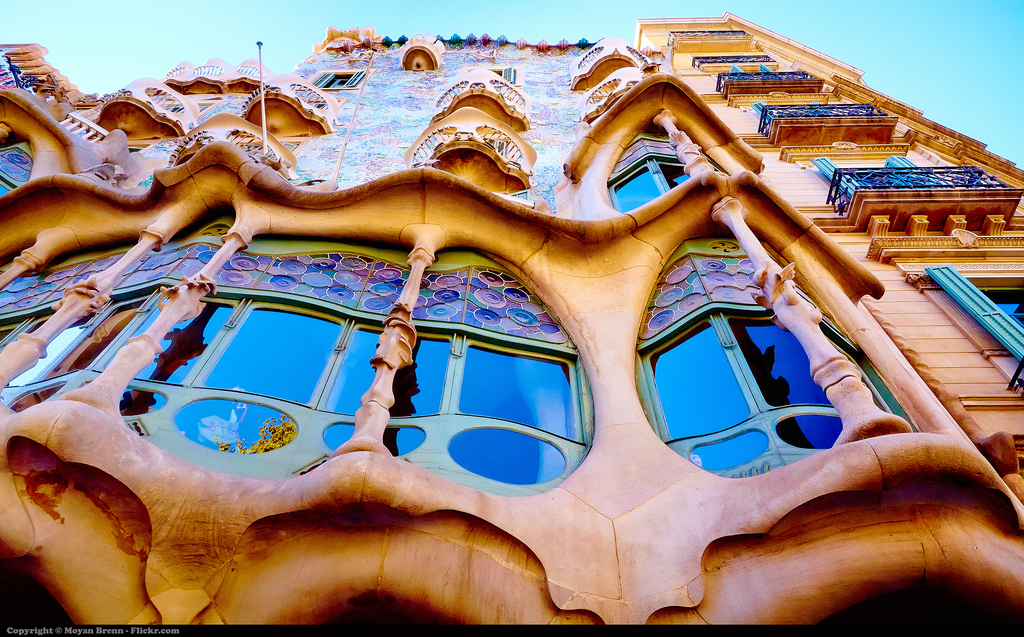 Antoni Gaudí was one of the great representatives of Modernism as he invented a whole new world of fascinating shapes and colors through architecture shaped by nature. Famous for his works the Sagrada Familia Church, Güell Park, Casa Milà House, and “El Capricho,” everyone who stands before one of Gaudí’s works has the same sensation wash over them, in awe of all-consuming beauty. Most are visible throughout the city of Barcelona, but if you really want to experience the essence of Gaudi, visit the town of Reus (in Tarragona province, northeastern Spain) where he was born to delve into his childhood at the interactive museum. 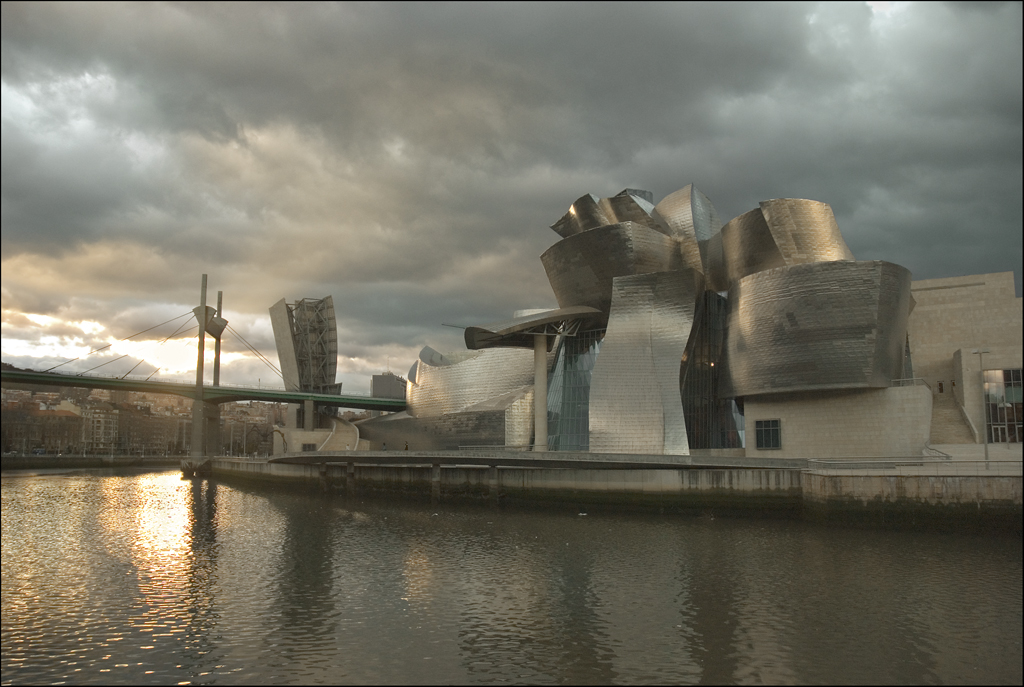 Many would agree that Antoni Gaudi started the trend with his Art Nouveau creations sprinkled across the country, but plenty of rising stars have followed suit. Famous contemporary architects such as Frank Gehry (Guggenheim Museum), Santiago Calatrava (Zubizuri Bridge), Norman Foster (Underground), Ricardo Bofill (W Barcelona Hotel and Teatro Nacional de Catalunya), and Rafael Moneo (Museum of Roman Art, Mérida; Kursaal, San Sebastián) have chosen Spain as the setting for their 21st-century avant-garde works. Richard Rogers was even quoted saying, "Madrid has unconditional enthusiasm for modern constructions" after winning the 2007 Pritzker Prize for his Madrid Airport extension. Other must-see urban works include the titanium Guggenheim Bilbao Museum and the City of Arts and Sciences, an impressive campus of museums in Valencia that transformed the cityscape in one fell swoop.