5 South American Foods You Don't Want to Eat, but Probably Will

You are what you eat…or so the saying goes. Modern food fanatics have taken this age-old proverb to heart becoming vegetarian, vegan, lactose-free, gluten-free, carb-free, or engaging in any number of zany diets (juice cleanses, we're looking at you). If you're busy counting Weight Watcher points, toss your diet aside the next time you travel because South America will tease and torture your taste buds with these unusual local delights. You'll want try them for the “experience,” but don't be surprised if you come back for seconds! 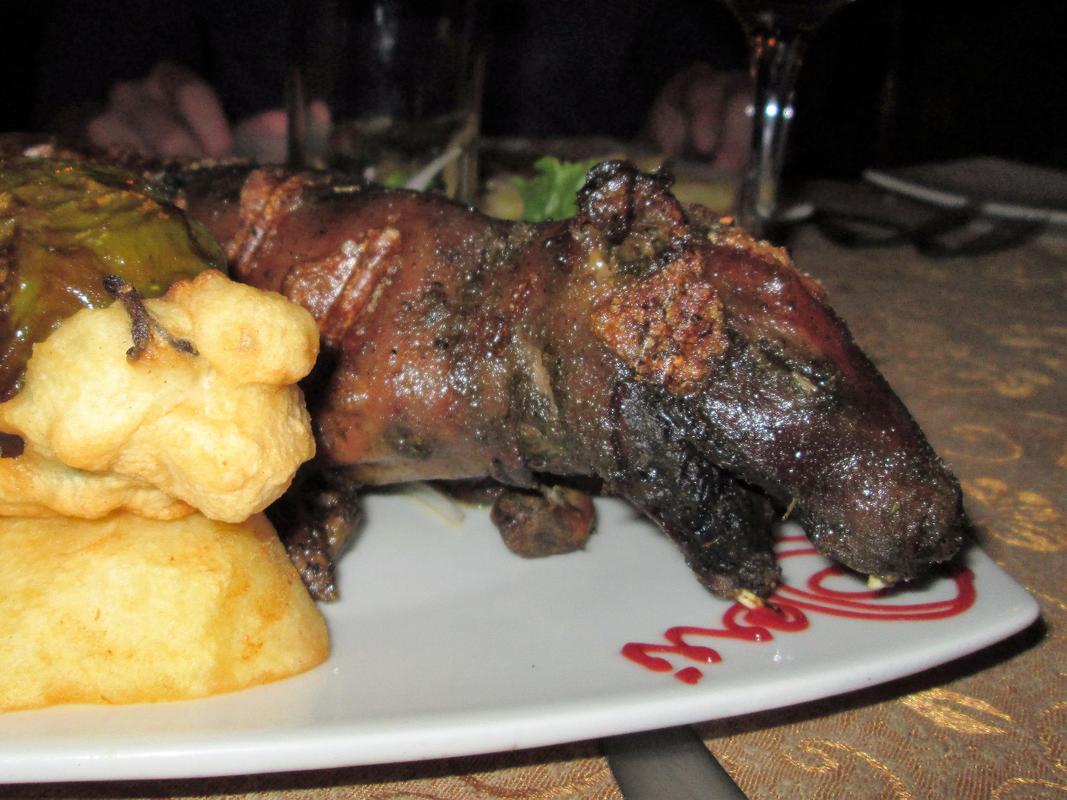 In Peru, furry guinea pigs are more likely to be served as dinner than kept as pets. They are, however, given the grand treatment (top-notch alfalfa feed and elaborate multi-story rodent castles) before arriving on your plate. This Andean delicacy known as ‘cuy’ can be grilled or fried and is usually served whole. Peruvians only eat cuy on special occasions, similar to turkey on Thanksgiving, but visitors can try it year-round for lunch. Expect a heavy, slightly greasy meat that does not digest well, especially at high altitudes, but we hear it tastes like chicken and is a good source of protein. 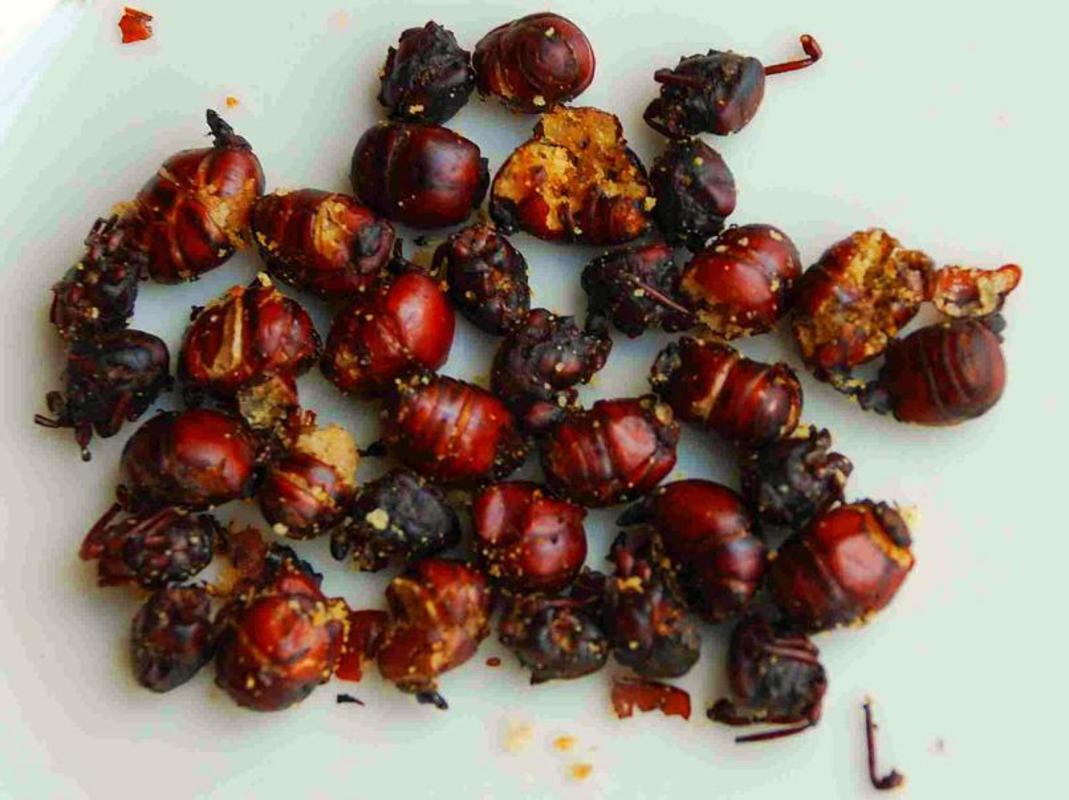 Ants and other insects are part of a balanced diet in countries around the world and Colombia is no exception. Consumed as a cheap and widely available source of protein, they are typically fried and seasoned with everything from sea salt to chili pepper, essentially making them the peanuts of South America. The crunch may feel familiar, but don’t savor them long enough for your tongue to find a leg or a pincher. 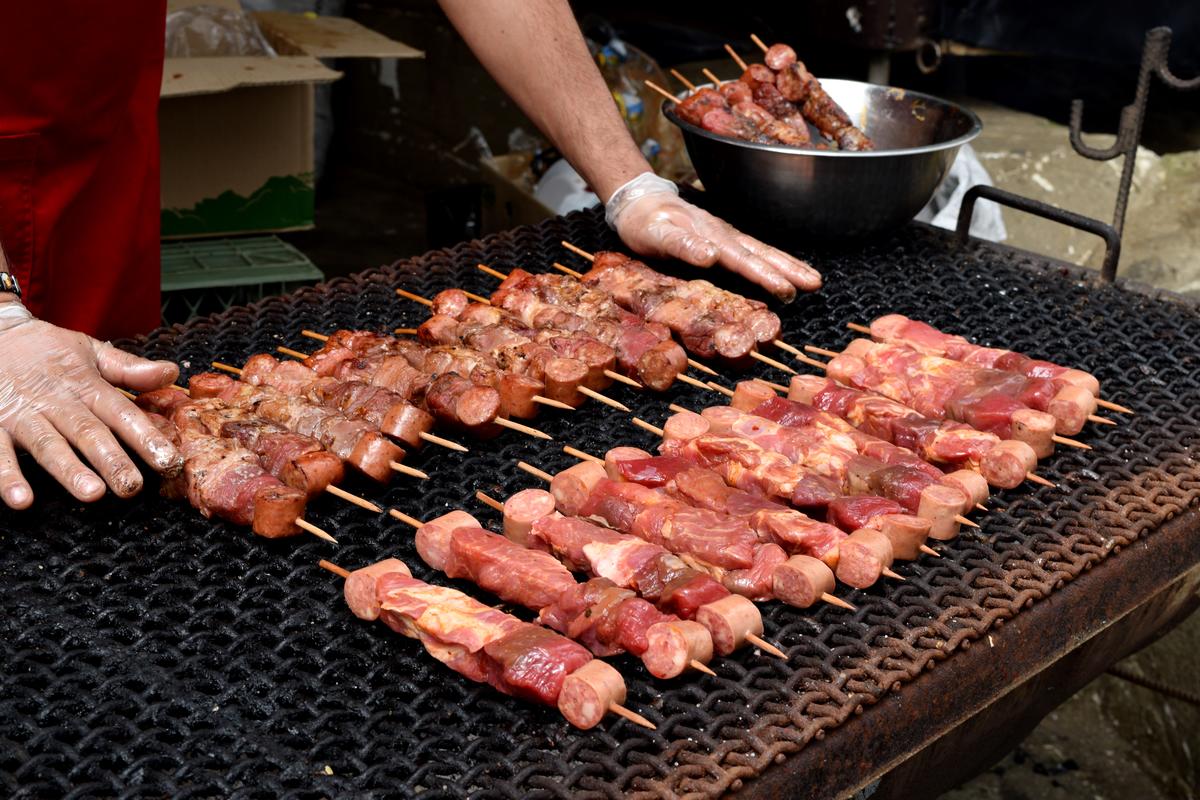 Street food is popular throughout South America and food carts sell almost anything on a skewer. If you see Bolivian or Chilean vendors peddling "anticuchos de corazon," know you're eating beef hearts on a stick. Marinated with garlic, onion, cilantro, lemon juice, and even beer, these skewered specialties are a perfect snack any time of day. And don’t be surprised if your stick comes with a large boiled potato on the end; Andean countries love their tubers. 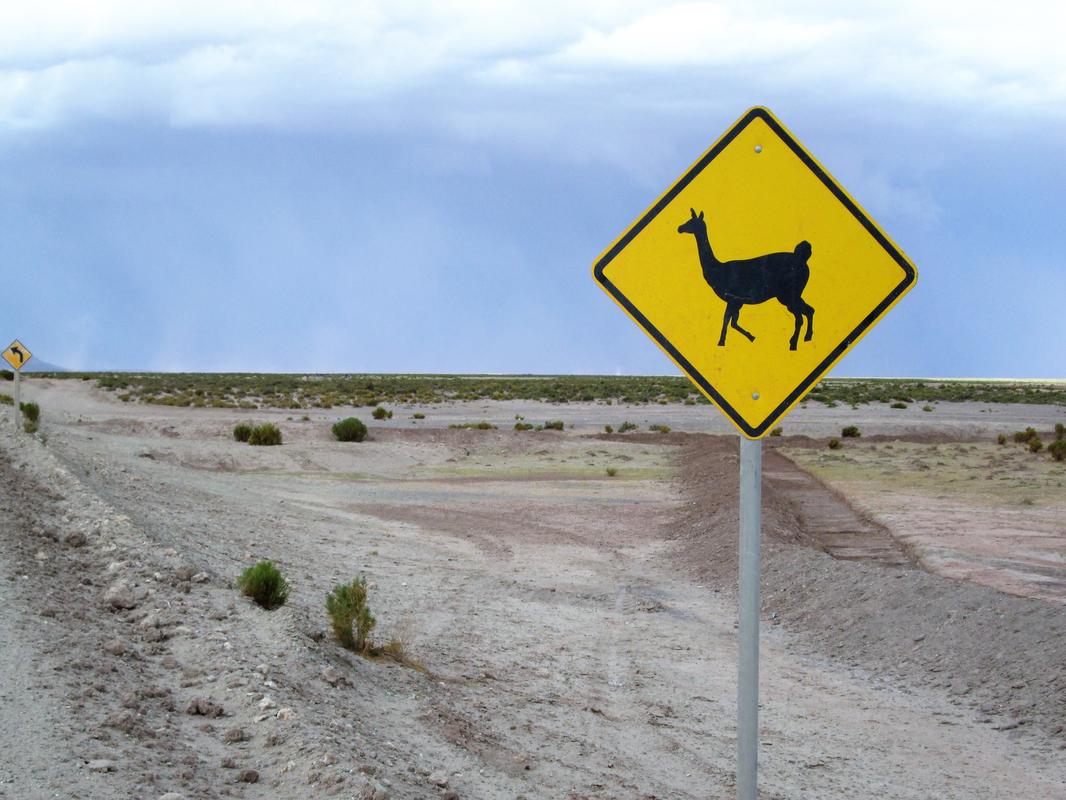 While cattle and horses are plentiful on the plains of Argentina, they are rare in the Andes Mountains. Highland folks rely on camelids for daily activities, and llamas tote goods in high elevations with ease. Alpacas provide high-quality wool for textiles and both are considered a lean, heart-healthy alternative to beef. Alpaca/llama steak is cooked to order and its health benefits are only slightly diminished by its usual accompaniment, French fries. 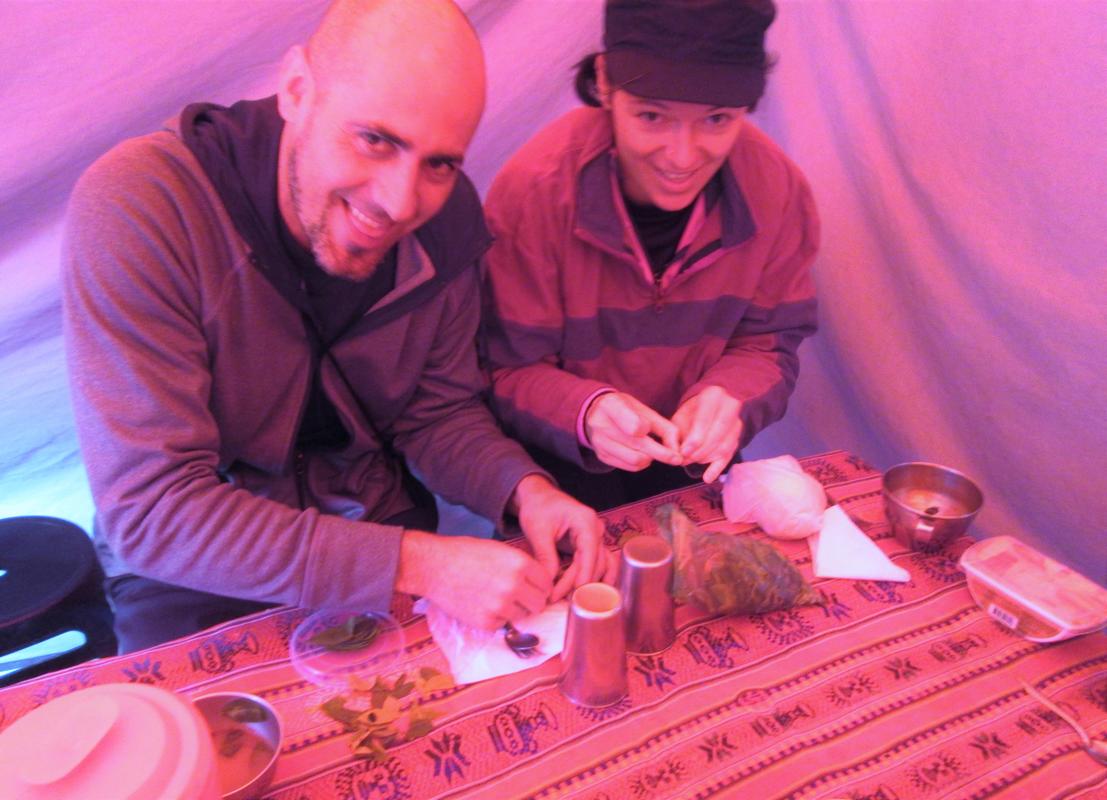 While snacking on leaves initially may not seem as bizarre as cow hearts or guinea pigs, the coca leaf is avoided by travelers just as frequently. Don't be fooled by the name though: coca leaves are not cocoa, they are the chief proponent in cocaine. Aside from a bit of a jolt like a Red Bull, they become a drug only after intense chemical processing. The leaf on its own has been a part of Andean culture since Incan times, chewed by miners and farmers for its 27 vitamins and minerals and extra energy (again: think Starbucks, not Pablo Escobar). Reported health benefits range from the practical to the mystical. People have claimed they've cured bad circulation, improved digestion, and even mended broken hearts. Coca leaves are not addictive and are perfectly legal in Peru, Bolivia, and Ecuador so chew away.