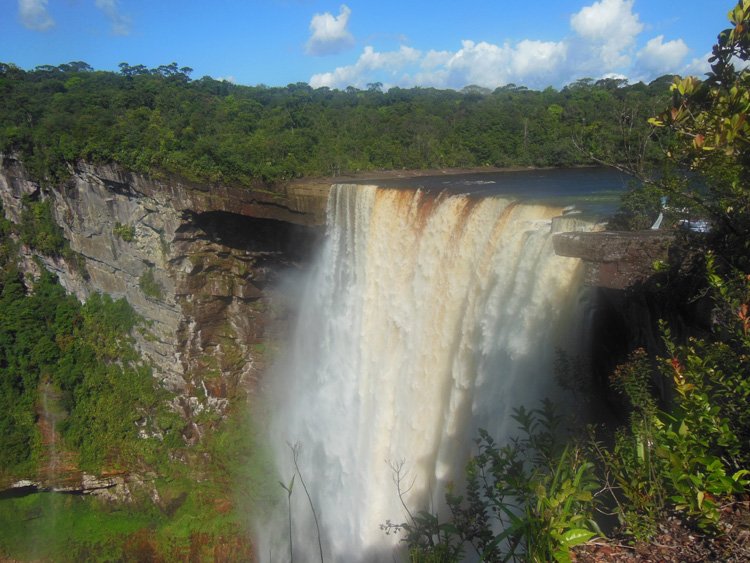 If you're heading to South America, visiting pristine natural wonders are likely on your to-do list. This vast continent boasts a variety of climates and all the activities to go with it - making South America a world unlike any other with plenty to explore.

Waterfalls are abundance with many to choose from. Most people will prioritize Angel Falls in Venezuela, or head to Brazil or Argentina for a glimpse at Iguazu Falls. Both are incredible for different reasons. Iguazu is not just a singular fall, it's a cauldron of them. Angel Falls, on the other hand, is the world's largest uninterrupted stream of rushing water. Kaieteur Falls, however, towers above both of them at an incredible 741 feet and is the world's largest single drop fall. Despite being Guyana's most populous tourist attraction, it is still largely unheard of outside the continent. 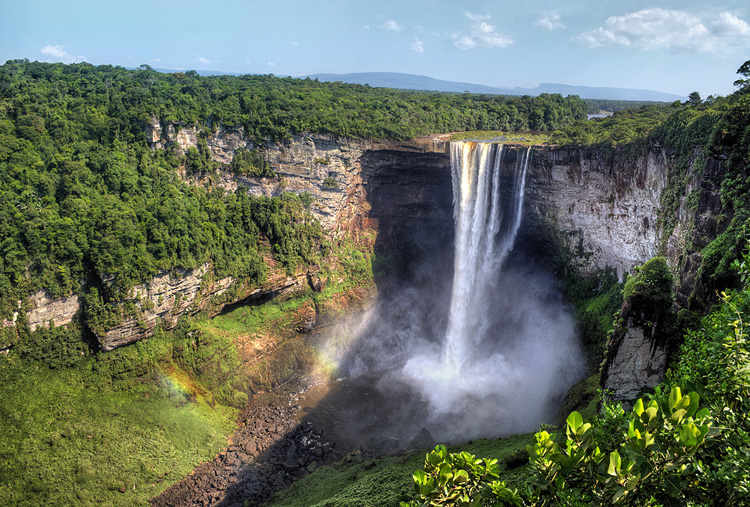 Most travelers will take the one hour plane ride from Georgetown to Kaieteur National Park, which is more like a scenic flight over miles of untouched Guyana jungle. As you begin to descend, Kaieteur Falls will appear on your left like an almost surreal mirage. Once you get to the runway, there a lodge awaiting with refreshments and restrooms. The heat is sweltering and the humidity is unforgiving so water is a must. You will then walk the remaining thirty minutes of jungle with a guide who will lead you to the falls.

If you are brave, you can take an overland trip to the falls instead, although it does cost a lot more and takes a lot longer. Treks take approximately five days and cost about $1000. 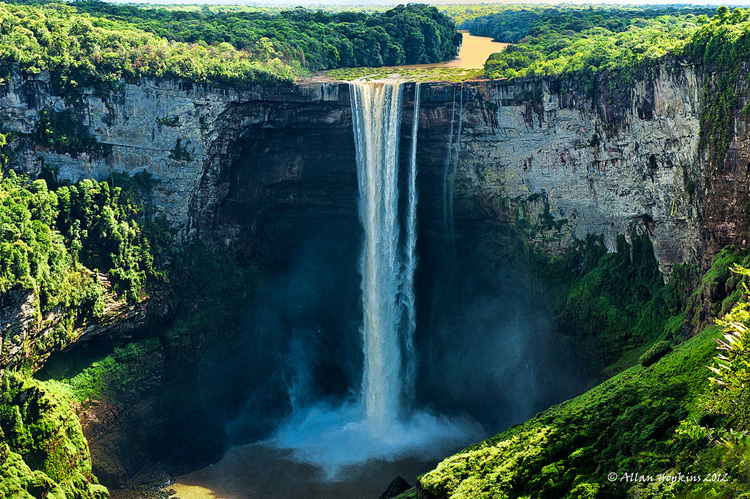 Legend has it that Kaieteur was named for Kai, a chief or Toshao who sacrificed himself to the Great Spirit Makonaima by paddling over the falls to save his people. According to another story, an unsavory elderly gentleman was pushed over the edge by his relatives, muttering the word Kaieteur, or "old man fall." The locals will point out a face that seems to be engraved in the mountainside, which they call King Kaieteur. Novelty or not, to the locals it’s a major landmark that represents the falls. 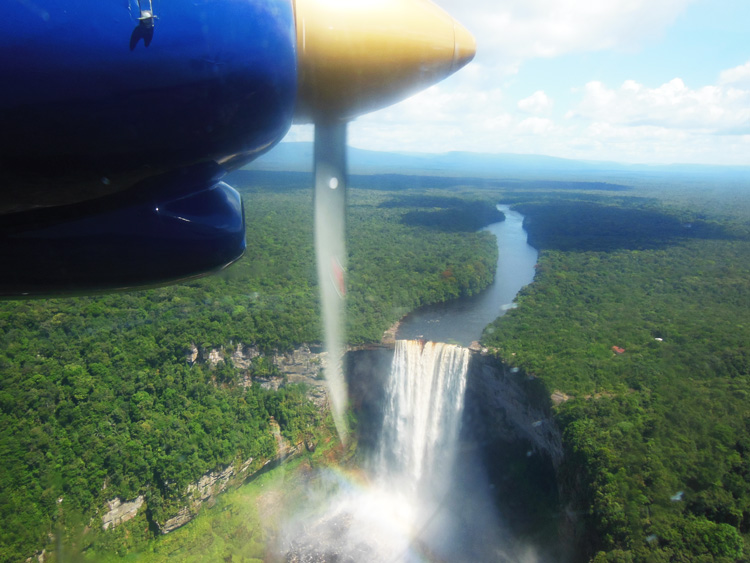 The sheer force of Kaieteur Falls can be a little underestimated as it's surprisingly quiet until you reach the falls, which seemingly appear out of nowhere. The best photo spot is a ledge at the side of the mouth, but be careful as it can get slippery the more people you trying to squeeze up there. There is also a big grey rock just next to it, which is better for groups. 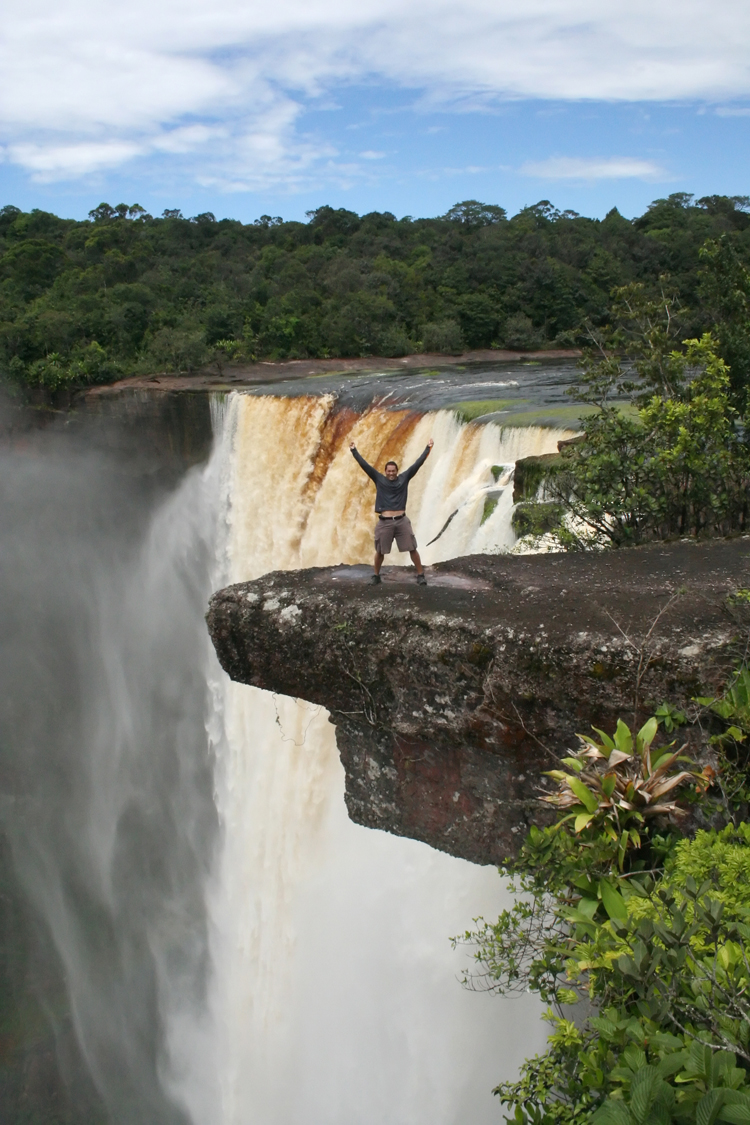 Guyana in general is fairly off-the-beaten path and very different than most other Latin countries in South America. If you do visit these barely touched lands, make sure Kaieteur Falls is on your list. Many tour operators run daily trips via aircraft, but if you do decide to go overland, be prepared as this isn't common and facilities may be less than what you expect. The heat is strong and mosquitoes are rife so bring plenty of water, bug repellent, a change of clothes and hiking equipment. The falls lead to Potaro River, which eventually connects with the Essequibo, Guyana’s largest river for plenty of water adventures.

5 South American Foods You Don't Want to Eat, but Probably Will