If you're looking for a place rich in culture with a fascinating mix of people and breathtaking scenery and wildlife, Singapore may be the trip for you. Located off the southern tip of the Malay Peninsula and made up of 63 islands, Singapore home to over 5 million people and features one of the most diverse cultures in the world. Most residents are of Chinese, Malay or Indian descent and there are four official languages: English, Chinese, Malay and Tamil. Travelers wishing to escape harsh winters will delight in the country's tropical rainforest climate, which has no distinctive seasons and temperatures usually ranging from 73 to 90°F. Although the country has lost a lot of its rainforest in recent years due to urbanization, Singapore still offers enough sights and history to be a top tourist destination.

Dining, along with shopping, is said to be the country's national pastime and the diverse culture is represented in the diversity of the food. Many travelers see the food alone as reason enough to visit Singapore and the diversity of cuisine has been increased further by the "hybridization" of different styles, like the Peranakan style, which is a mix of Chinese and Malay cuisine. Since the 1990s, the government of Singapore has also been trying to promote the country as a center for arts and culture, in particular the performing arts to transform the country into a cosmopolitan "gateway between the east and west." Whether you're looking for an outdoor adventure or a simple day of shopping and art, the country of Singapore has something for everyone.

Here we take a look at some of the best places to go next time you're in Singapore. 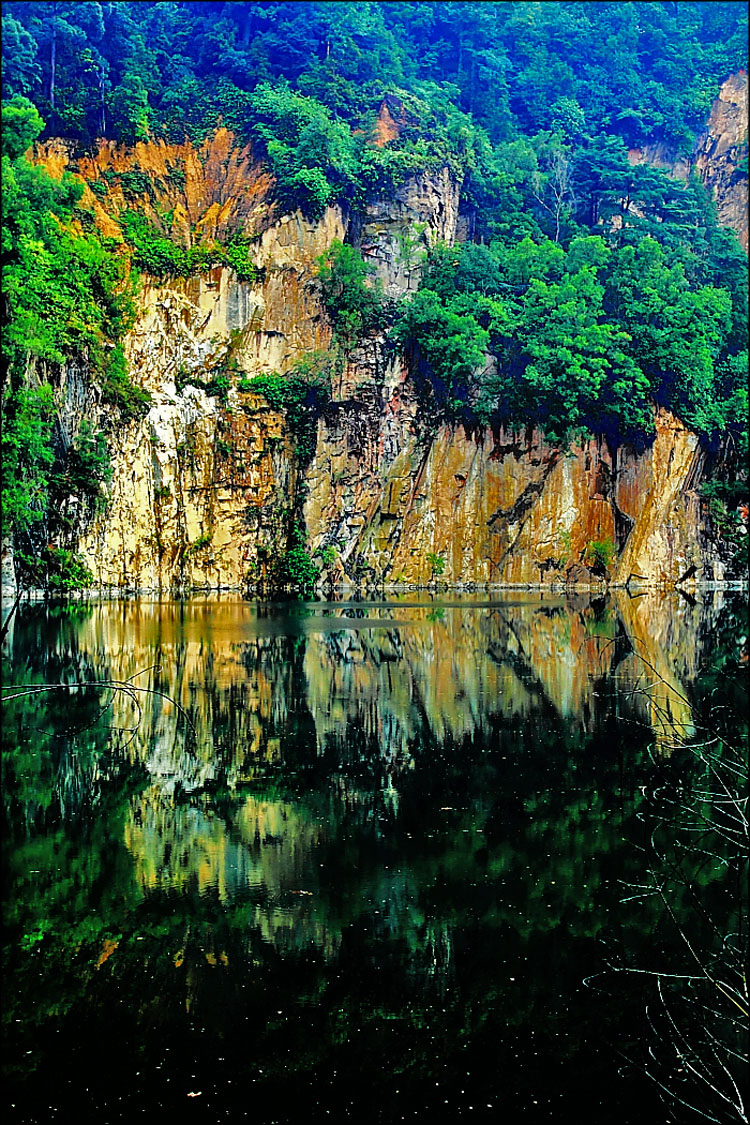 Buzkit Timah Nature Reserve is the number one way to experience all of Singapore's natural wonders. Believed to be as old as 1 million years, this 400-acre rainforest is home to some 500 animal species and 700 plant species, including exotic ferns and mammals like long-tailed macaques, squirrels, and lemurs. There's a visitor center and four well-marked paths, one of which leads to Singapore's highest point, Bukit Timah. The point is just 535 ft. above sea level, but offers some really nice scenic views of the island nonetheless. Also at Bukit Timah is Hindhede Quarry, where you can take a dip and cool off during your hike. Admission is free and the National Parks Board gives free guided tours on the first Sunday of every month for those visitors who don't like heading off the beaten path right away. 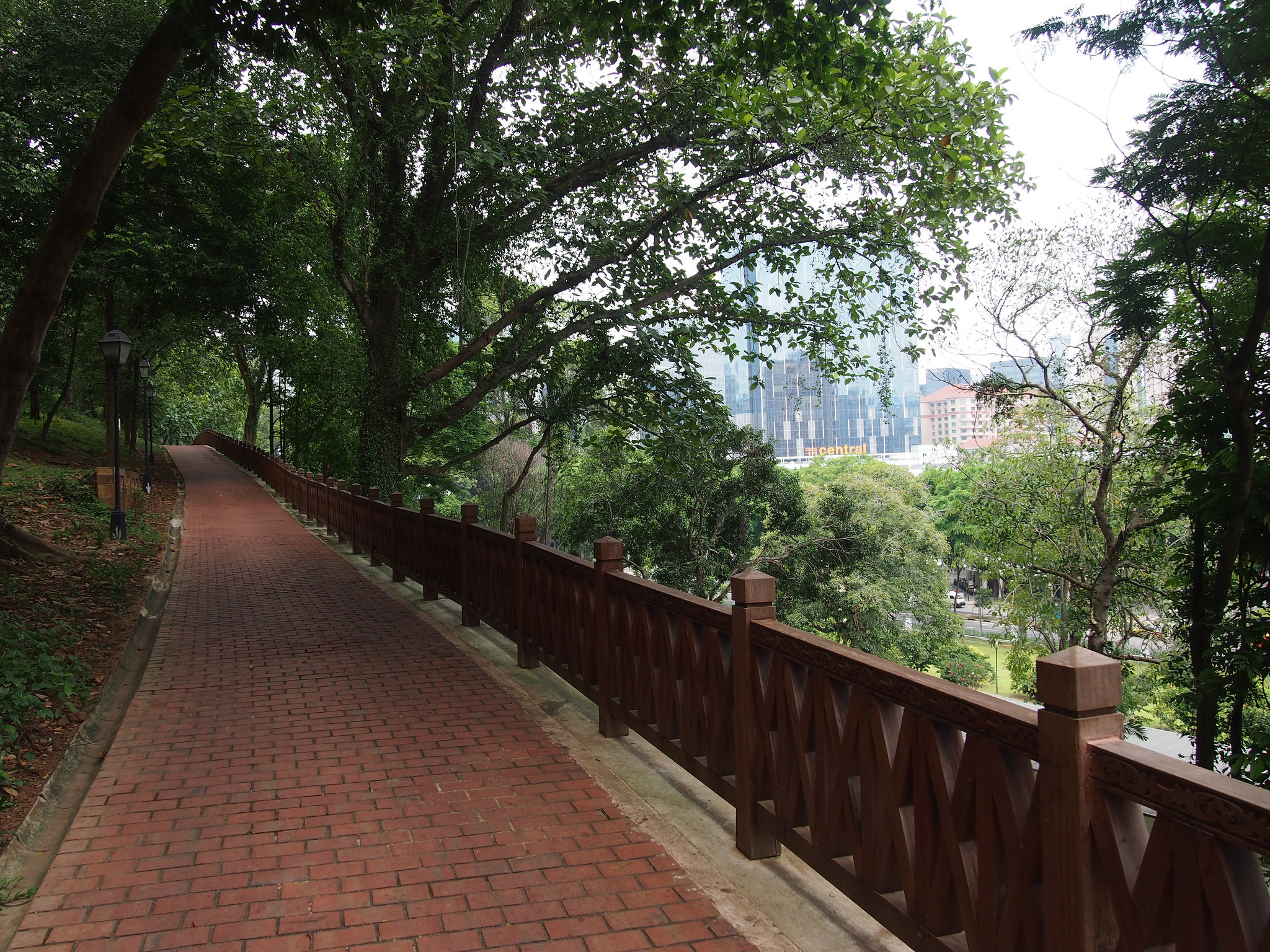 These days Fort Canning Park is known for its breathtaking views and scenery, but it is also famous for its rich cultural history. It was once an ancient fort of the Malay kings that covered 7 acres. Colonial ruins of the British citadel can still be viewed, as can a 19th-century Christian cemetery. At the top of the hill, a mysterious keramat, or sacred grave, marks what is believed to be the burial site of Iskandar Shah, the Palembang ruler who came to Singapore in the late 1300s before settling in Melaka. It was originally the site of the house of British statesmen Sir Stamford Raffles, who is credited to be the founder of Singapore. The house was torn down in 1860 to make way for Fort Canning, which was mean to serve as a defensive measure against the British but quickly became ineffective. Another site to see in the park is the Battle Box, which is an old command bunker of the World War II defense of Singapore that has now been turned into an intriguing museum. 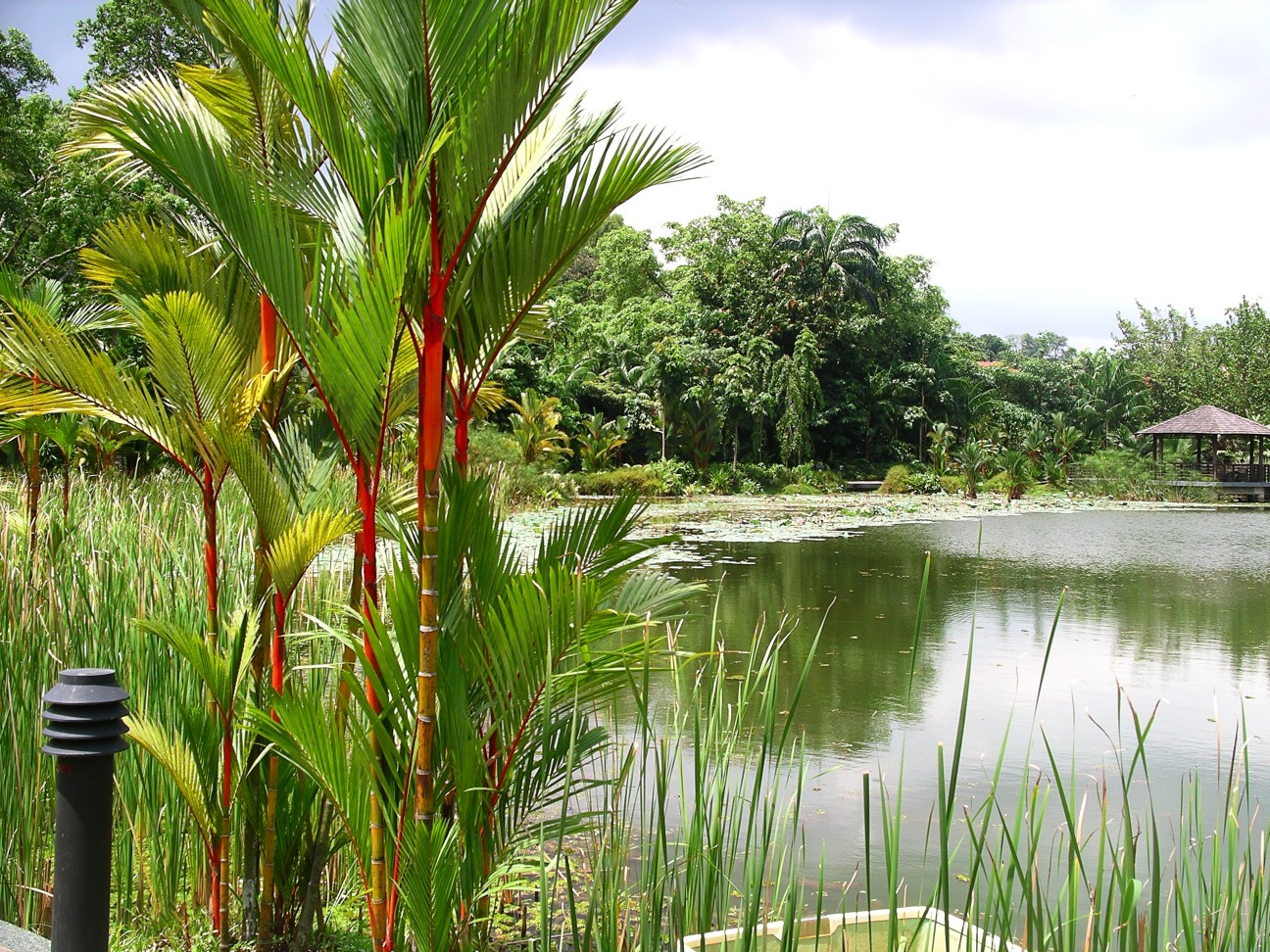 Singapore's Botanic Gardens are known as one of the top attractions in the country and for good reason. The gardens feature over 128 acres of landscaped parkland and primary jungle, and are home to a wide range of plant and animal life. Within the tropical setting lies a marsh garden filled water lilies and papyrus plants, a sundial garden with pruned hedges and a ginger garden filled with 300 related specimens of a family that includes lilies, turmeric, and even bananas. Sculptures by international artists are scattered throughout the gardens, as are a number of captivating trees. Be sure to look out for the Cannonball tree (named for its cannonball-shaped fruit), Para rubber trees, teak trees, bamboos and a huge array of palms, including the sealing wax palm. The garden also pioneered orchid hybridization, breeding a number of internationally acclaimed varieties and is now home to the National Orchid Garden, which has the largest collection in the world. Singapore's Botanic Gardens are a dream for horticulturalists and appreciative onlookers alike. 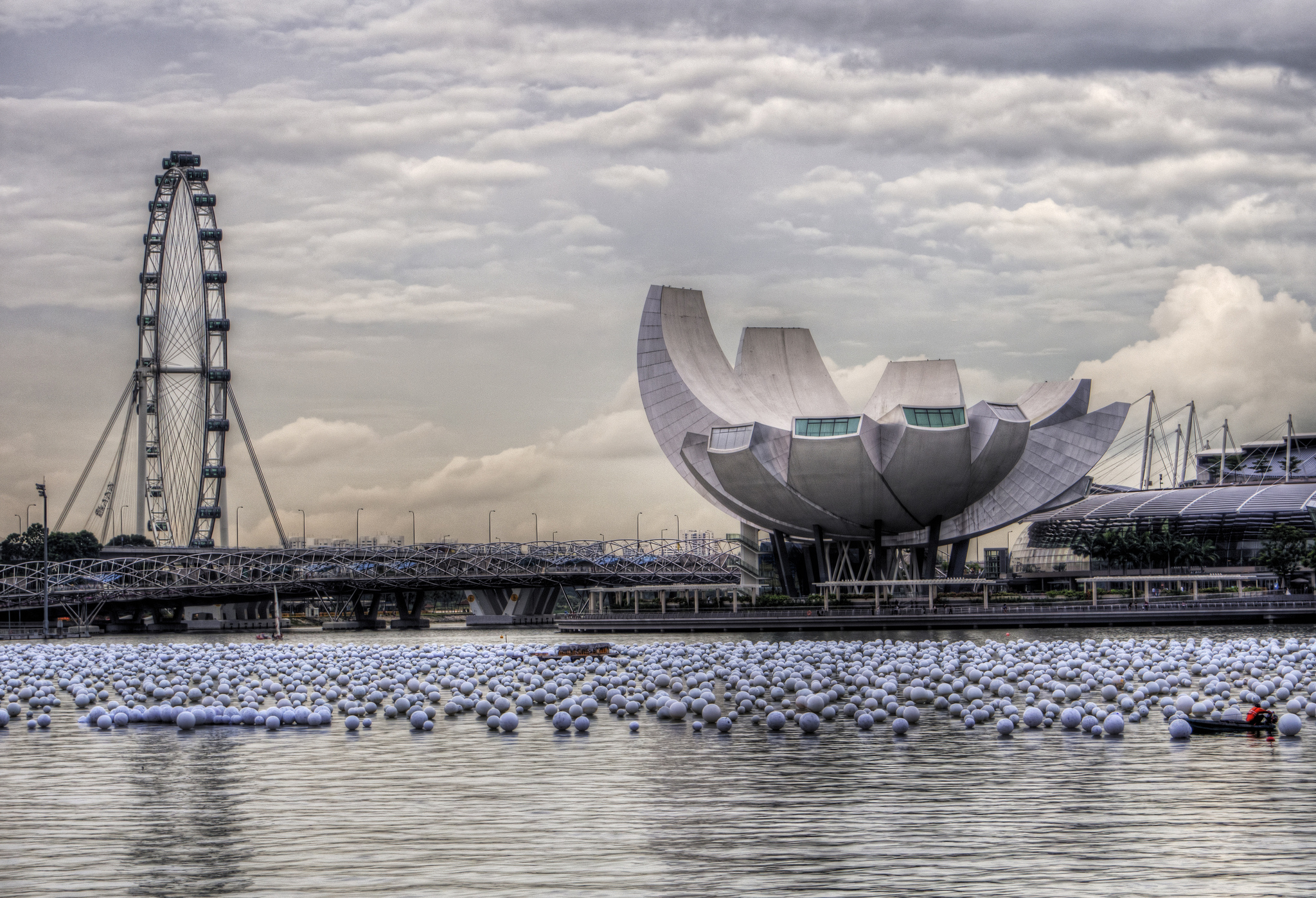 The Singapore Art Museum is a true feat for the country and its endeavor to introduce multicultural artists and ideas to Singapore. Situated in the center of Singapore's major shopping district and the Waterloo Street Arts Belt, the museum is located alongside the country's major performing arts and visual arts institutions. Singapore Art Museum's galleries feature paintings, sculptures, and installations from its permanent collection of Singapore and Southeast Asian modern and contemporary art as well as touring renowned shows like the Masterpieces from the Guggenheim Museum: Scientist, Inventor, Artist exhibit. In 2001 the museum began acquiring works and accepting donations from around the region, including from regional artists like Affandi, Hendra Gunawan, Pratuang Emjaroen, Montien Boonma, Le Pho and Bui Xuan Phai. The museum also has featured traveling exhibitions from artists like Liu Kang and Leonardo Da Vinci and specializes in events that promote community outreach and appreciation of the arts. 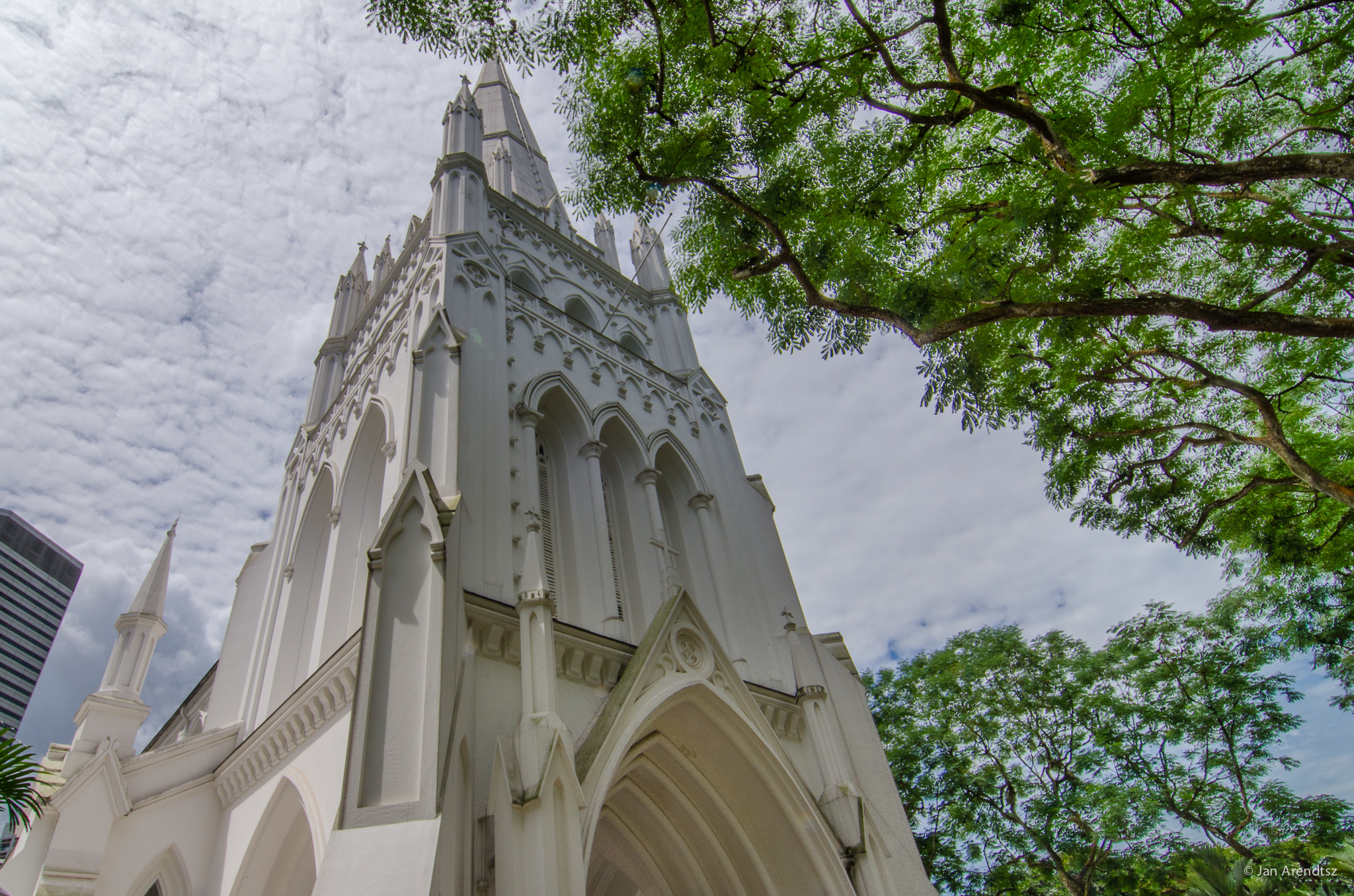 Singapore has a number of towering cathedrals but there is perhaps none as impressive as St. Andrew's. Designed by George Coleman and erected on a site selected by Singapore founder Sir Stamford Raffles himself, the first St. Andrew's was the colonials' Anglican Church. The cathedral that now stands on the site was completed in 1860 and features an English Gothic Revival design. The cathedral is one of the few standing churches of this style in the region and the spire resembles the steeple of Salisbury Cathedral, probably a tribute to the colonials' homeland of England. Travelers will admire the architecture of the cathedral that took years to build due to particular building habits. The plasterwork of St. Andrew's inside walls used a material called madras chunam, which is a combination of shell lime mixed with egg whites and coarse sugar until it took on the consistency of a stiff paste. The mixture was thinned to a workable consistency with water that had been used as a soaking solution for coconut husks and was then applied to the surface, allowed to dry, and polished with rock crystal or smooth stones. The process may have been long, but it resulted in one of the most lustrous surfaces to date. 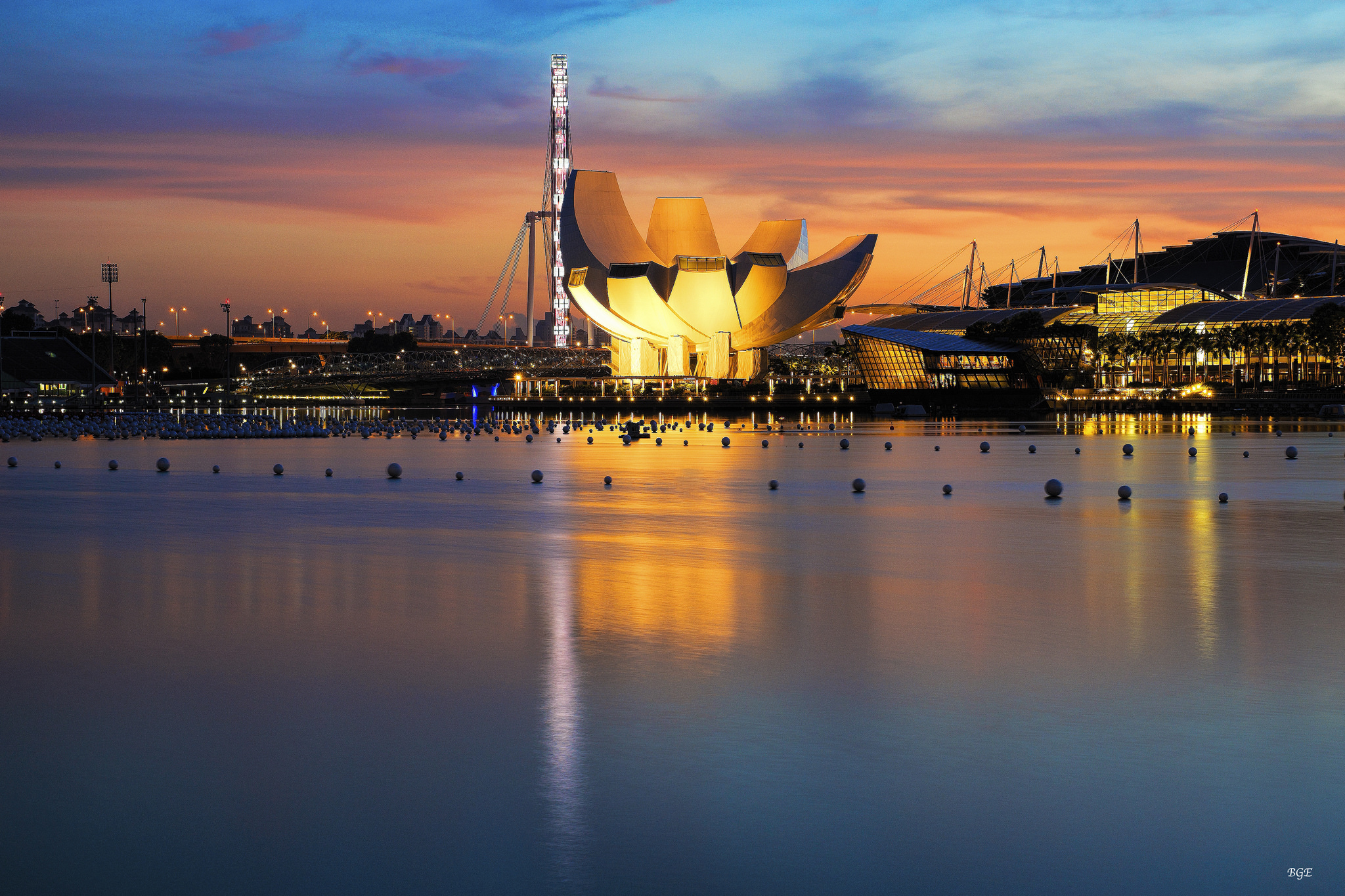 If you're looking for a hands-on learning experience, the Singapore Science Center offers 80,729 sq. ft. of play space for you to enjoy. All of the exhibits directly relate to the science syllabus of the local school system, from primary school level all the way through junior college, and the galleries are all interactive experiences with accompanying study sheets so that you can get the most out of your visit. The free Water Works gallery outside is fantastic entertainment for kids and the Ecogarden provides plenty of plants and animals to satisfy the adult nature enthusiast. The Discovery Zone's insectarium is fascinating for anyone who isn't horrified by bugs and everyone will enjoy the main atrium where there's a Tesla coil that generates electrical sparks 16 ft. long. The center also features an outdoor kinetic garden that demonstrates certain scientific principles and phenomena that would be difficult to create in an indoor setting. Interactive exhibits include a magic swing, sundial and a lithophone where you can create your own tune. Avoid visiting on weekends and school holidays if you want to avoid some of the hustle and bustle. 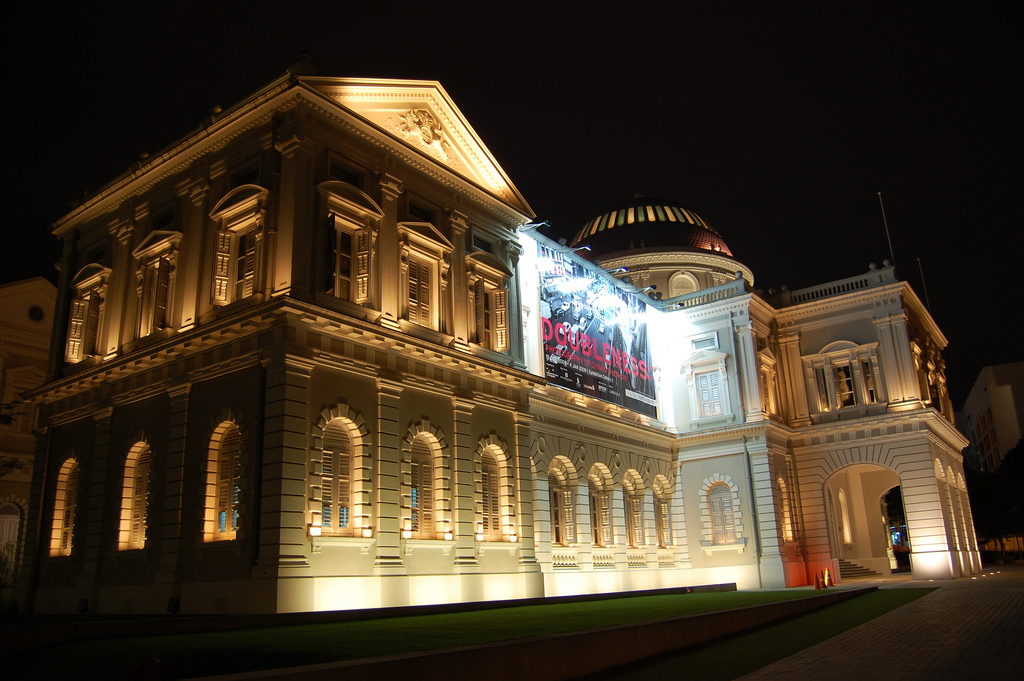 What was once a little history museum has recently undergone a massive renovation and is more than worth the price of admission. The beautiful 120-year-old building has not only been restored, but has been expanded to more than twice its original size by adding a striking modernist wing to the rear of the building. The large History Gallery, based in the new wing, tells the story of Singapore from a historian's perspective and from the view of a "man on the street." The gallery is accompanied by a section of state-of-the-art multimedia exhibits designed to bring history to life and make it accessible for all visitors. The guest decides which story they'd like to hear and then can choose the corresponding audio headset that will guide them through the exhibit. The four Living Galleries are on the second floor of the old wing and show objects and elements of everyday Singaporean life, from food and fashion to film and photography. Free guided tours in English are conducted every day of the week and last about 1 ½ hours. 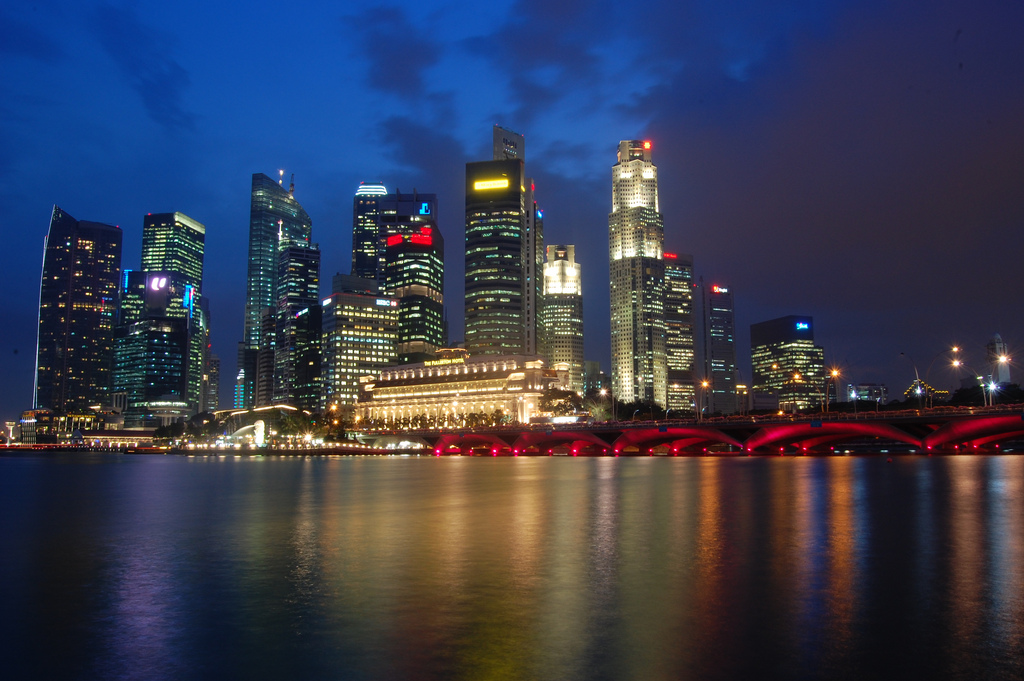 Perhaps the biggest attraction in Singapore is Singapore City itself. It is home to hundreds of dining, shopping and general interest attractions and is a booming center of cultural diversity. Founded in 1819 by Sir Stamford Raffles of the British East India Company, different areas of the town were originally set aside for the various ethnic groups. Today there are still fascinating parts of the city where traditionally exclusive enclaves exist, notably in Chinatown, Arab Street, the Indian community of Serangoon Road and Padang Square with its very strong colonial associations. Each little cultural pocket has traditional architecture, customs and cuisine that are in fascinating contrast to the lavish luxury shopping arcades of Orchard Road and Raffles City. Orchard Road is where much of the city life takes place and is the premier shopping area in the city. It's bustling with vast luxury malls, shops ranging from megastores to souvenir vendors, as well as cafes and restaurants. Chinatown is also a fun place to visit and continue your cultural experience, and is a colorful area with shops, teahouses and restaurants. Several temples such as the Fuk Tak Chi in Telok Ayer Street and the Temple of the Calm Sea are also must-sees. No matter what type of entertainment you're looking for, Singapore City won't disappoint.

The beautiful country of Singapore has plenty to offer no matter what your pleasure, so on your next trip, try and take in the amazing cultural diversity the country has to offer and do a little bit of everything. Have you ever been to this sprawling cultural metropolis?

Singapore: Your Next Beach Vacay?

The Wonderfully Weird Food of Singapore

Where to go in Singapore: Haji Lane

Is Singapore the Most Perfect City in the World?