With an estimated 40,000 restaurants in the City of Love, how do you even begin narrowing down where to dine? We enlisted the help of our favorite bloggers to sort through the touristy and famed spots to uncover those really worth frequenting. Here are your best picks for dining like a local in Paris.

Recommendations from Lost in Cheeseland: 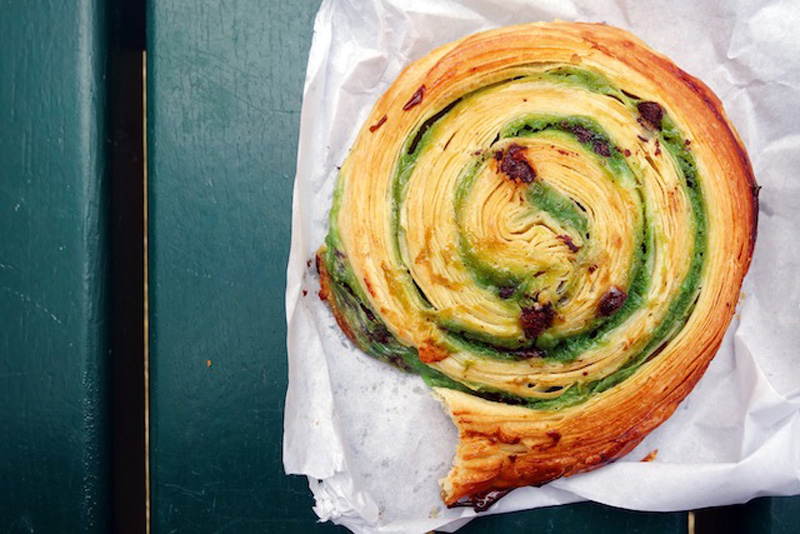 No matter where you're staying in Paris, the morning must start with a visit to Du Pain et Des Idées, an award-winning bakery just a block from the Canal Saint Martin. Founded in 1889, the space was taken over by Christophe Vasseur in 2002 and has since become known for its renowned bread. The Pain des Amis, a nutty, rustic loaf, is Vasseur’s inimitable signature and the objet of affection of many of the city’s top chefs. For breakfast, though, go straight for the pistachio-chocolate escargot, a pinwheel pastry packed with flavor.

Continue the morning at the Marché des Enfants Rouges, the city’s oldest covered market. Here, you can visit organic produce stands, an Italian deli, a Lebanese shop, a cheesemonger, a butcher and several other specialty vendors to pick up provisions for an afternoon picnic in nearby Square du Temple, a small park across from the 3rd arrondissement town hall (or to snack on along the way). 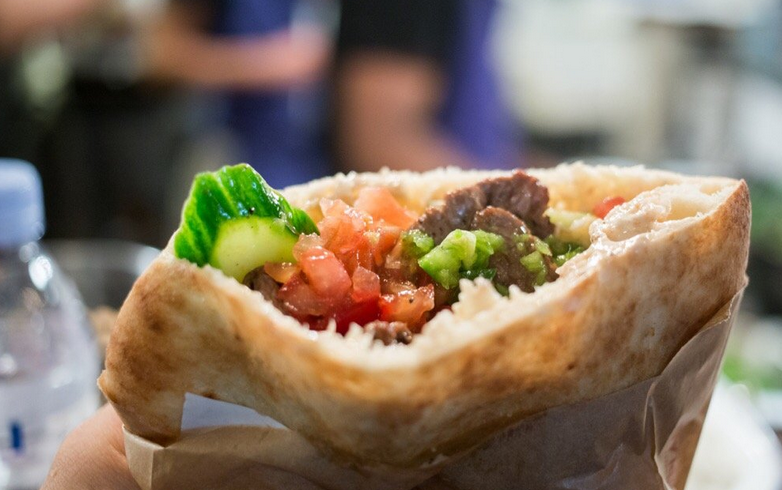 Take a stroll through the Marais and make your way to rue des Ecouffes, which runs perpendicular to the rue des Rosiers best known for its top notch falafel and Jewish bakeries. While the falafel sandwiches are guidebook favorites, beeline instead for Miznon, the Parisian outpost of the famed Israeli street food stand. Unlike the original in Tel Aviv, this location infuses a French touch into the pita (beef bourguignon, lamb kebab, steak and eggs, etc.). Don’t miss the house-made condiments and dips, sides like grilled cauliflower, baked sweet potato and the pita apple tarte for dessert.

As tasted by Rowena Carr-Allinson: 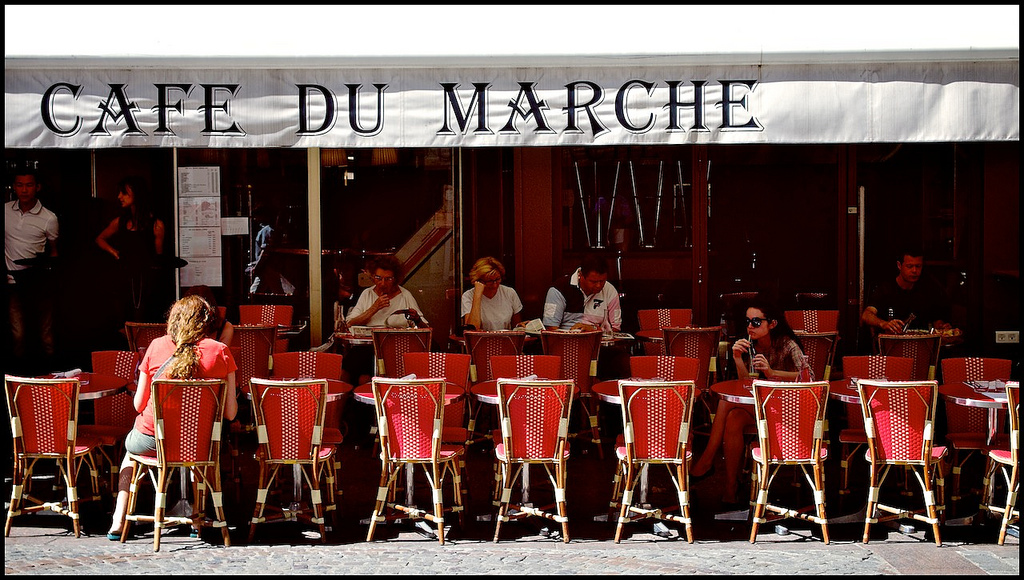 Breakfast at the Bakery: the Market

There’s nothing quite like a Paris food market, so head over to the Rue de Buci in the 6th arrondissement and meander through the stalls admiring the produce and specialty vendors. Stop in one of the local bakeries like Paul’s for a quick pain au chocolat and espresso, or pull up a chair at the Café du Marche to order a croissant and un ‘grand crème’ (coffee with milk). 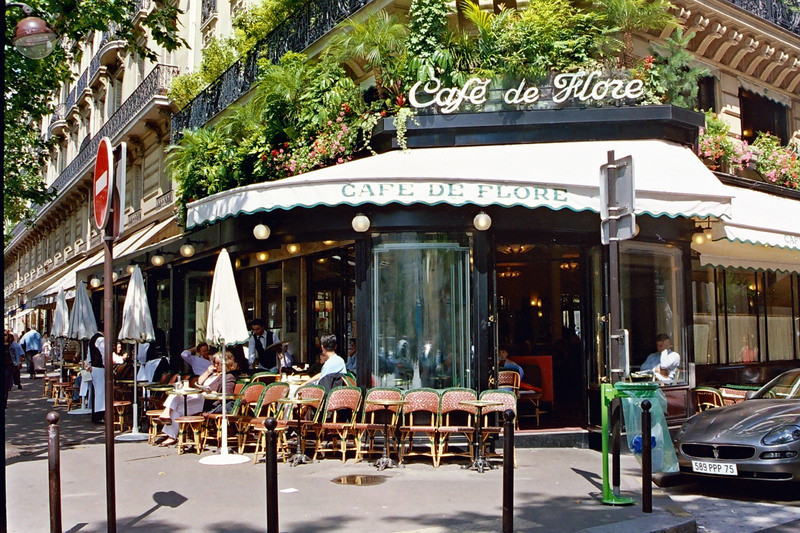 Stroll back up Boulevard St Michel into the Latin Quarter to taste a bit of Parisian history at Café de Flore. Legendary thanks to its famous patrons from Hemingway to Lagerfeld and Juliette Greco, it’s been open since 1885 and has managed to retain its authentic Art Deco charm. The menu is a traditional French brasserie featuring “croque-monsieur” sandwiches, salads and omelets. 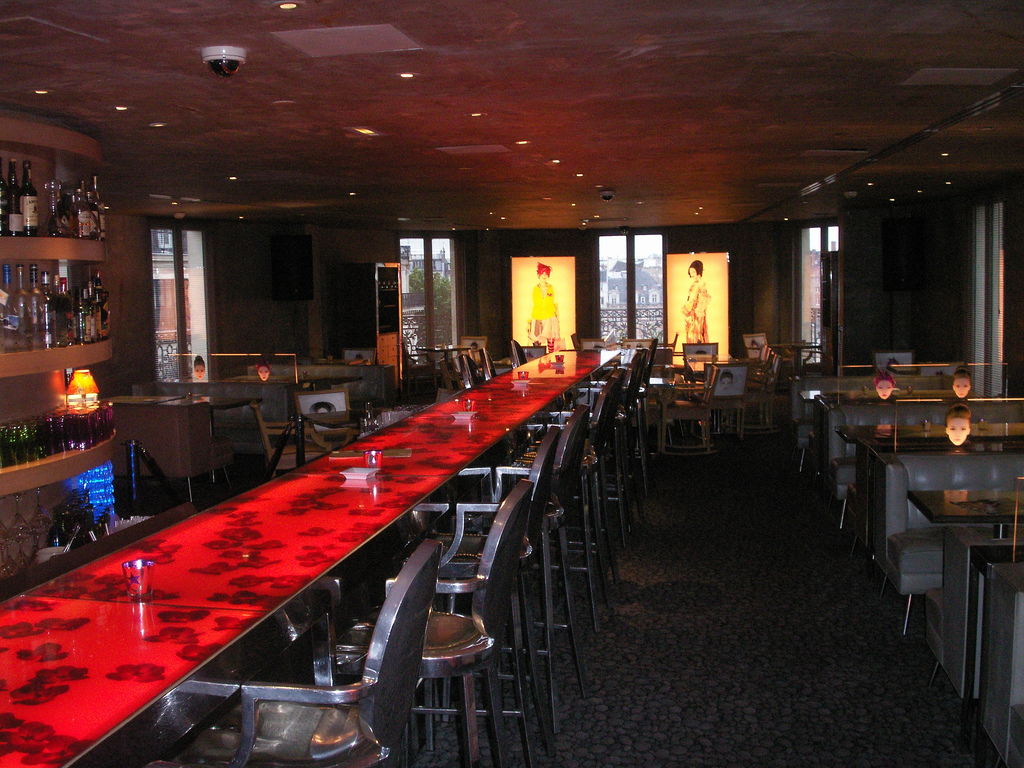 This swanky restaurant is a staple of the glam Parisian dining scene, fashionably appointed by interior design guru Philippe Starck. And the main attraction? Its perfect location under a dome of glass, set high up above the city for stunning views of the Seine. Pinkies up: the bar also makes a mean Martini.