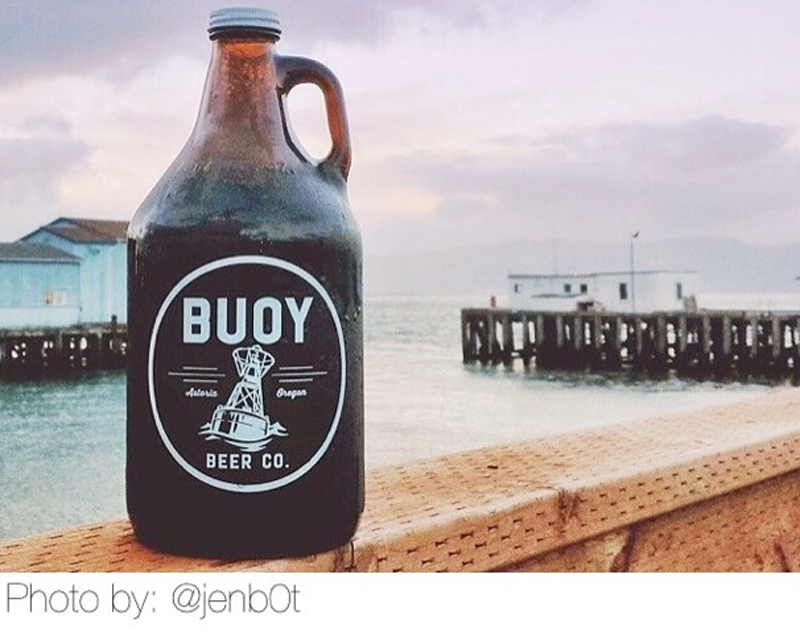 Seeing wild animals in their natural habitat is always a cool experience. Couple that with sipping an ice cold brew and you’ve got yourself one awesome way to spend the afternoon.

Located on Columbia River Gorge where the river meets the ocean (across from Washington State in Astoria, Oregon), Buoy Beer Company opened in early 2014 after waiting 40 years to perfect their recipes and 60 days for their first lager to fully ferment. Now, the brewery regularly pours 17 of their own beers with one rotating tap to showcase nearby craft distillers for a tasty addition to the menu. We suggest ordering the taster tray, where you can try 6 different kinds of beers before settling on a favorite. 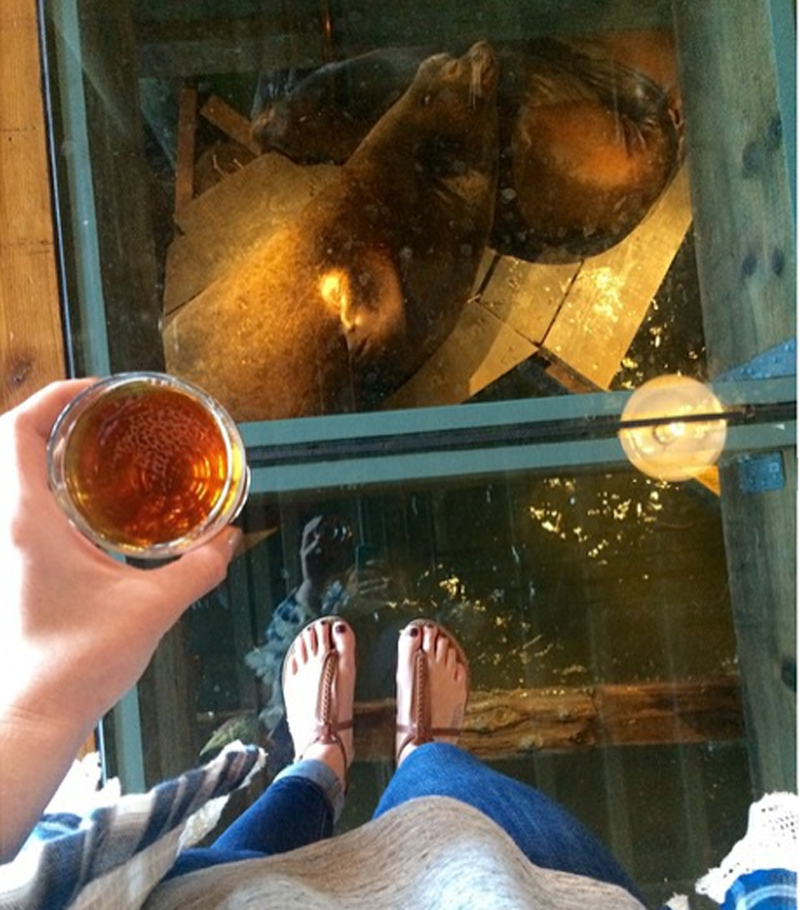 But small batch beer isn’t the only reason we’ve fallen in love with this small craft brewery. It’s actually the unique design choices that include clear window-like flooring that allows patrons to peer into the water for a perfect view of the sea lions playing below.

The mammoth sized male Stellar Sea Lions can weigh over a ton and grow to almost 11 feet in length, significantly larger than the California Sea Lion. They love the Oregon coast year around, whereas the male California Sea Lions visit Oregon only from late summer through early winter before they return to California to breed. The good news? No matter what time of year you visit Buoy Beer Company, you are bound to see a sea lion or seal.

The playful sea lions are known for making a dog-like barking sound when frolicking with their friends, so be on the lookout and keep your ears perked for their calls. 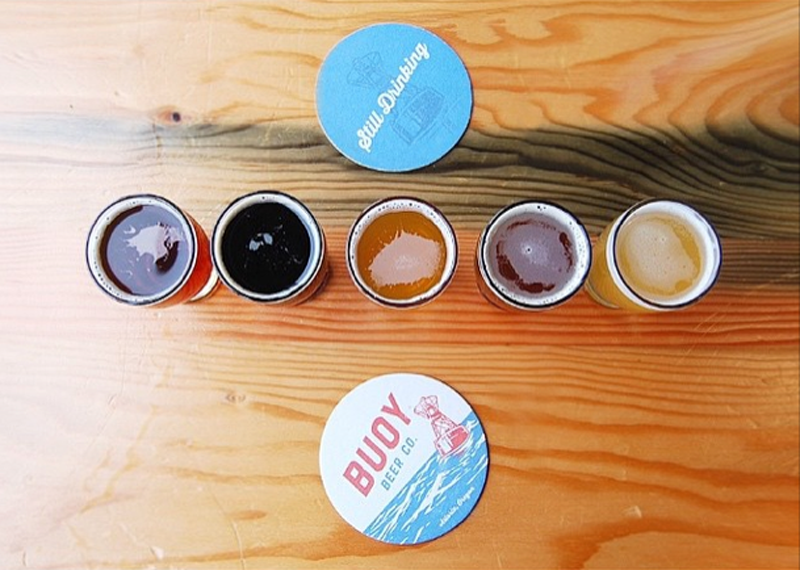 In addition to great beer and sea lion sightings, the food at Buoy Beer Company is also top notch, scratch made using locally sourced ingredients. The Rockfish and chips, Willapa Bay oysters, clam chowder and broiled pork chop are just a few of the dishes you’ll be salivating over.

For more suds, Buoy Beer Company is one of ten brewery stops on the Oregon’s North Coast Craft Beer Trail. Get a stamp from each one, and you’ll take home a souvenir pint glass.

The 7 Natural Wonders of Oregon