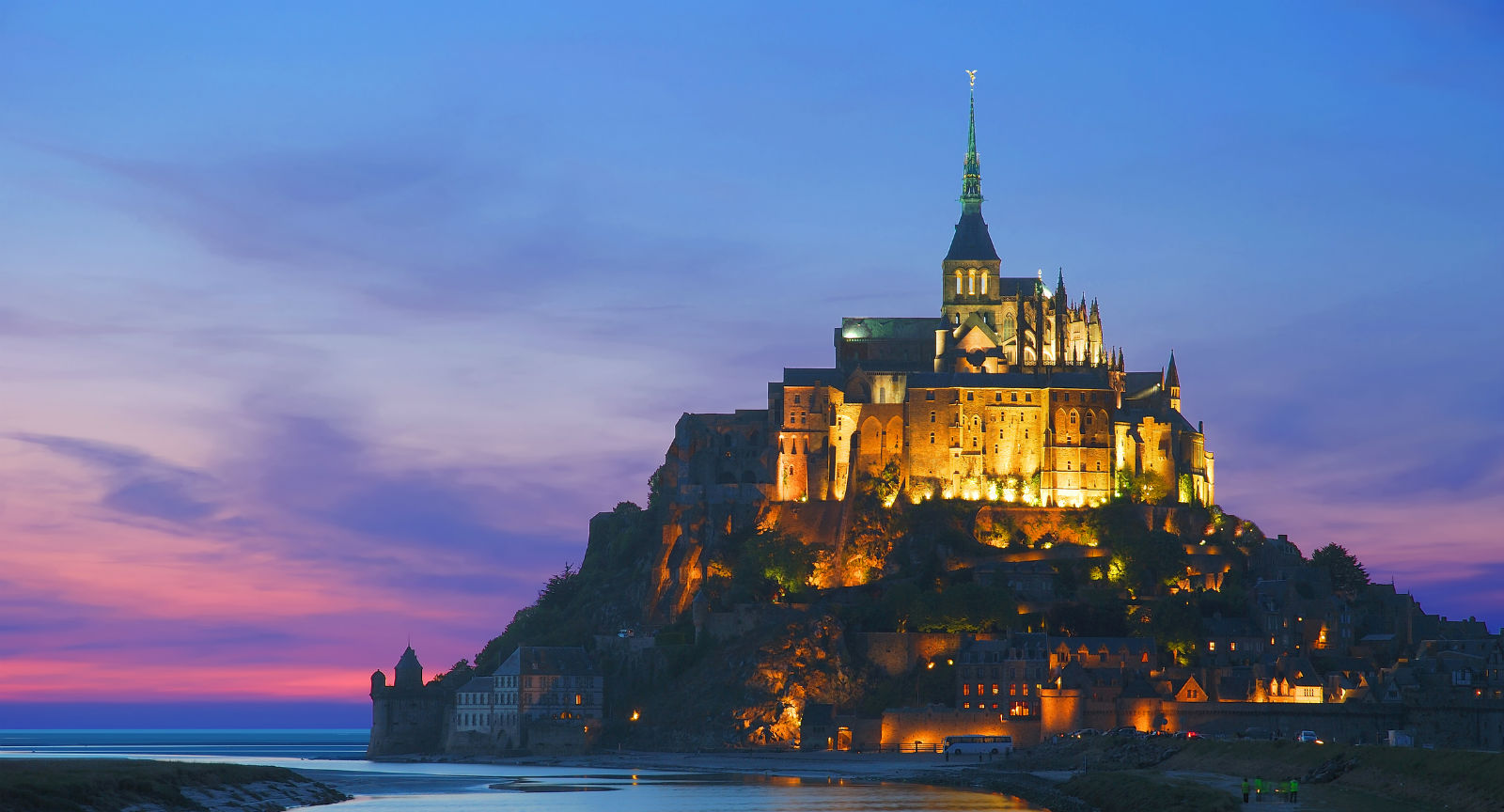 Mainly associated with the infamous D-Day Allied invasion of France in WWII, the old duchy of Normandy is a diverse part of northern France that is also noted for its historic cities and delectable rolling landscapes. It is one of France’s most visited regions, with most tourists coming for the striking Mont St-Michel islet and golden sand beaches.

The region is located in the northwest of France, between Brittany and Picardie, and takes up much of this part of the coastline. Paris, in the Ile de France region, is located to the southeast and is the main transit point for those who fly in.

Normandy is geographically closer to southern England than most other regions of France, boasting green, undulating meadows, quiet waterways, and hilltop castles. Such is its beauty that many noted artists have called it home including Monet, who would have no doubt sampled the irresistible cheeses, creams and chocolates churned out here.

Normandy is made up of two parts; Upper and Lower. Upper Normandy is an area of white cliffs and intriguing beach towns, while Lower Normandy is where the Allies landed along the beaches which were code named Omaha, Utah, Gold, and others. It is also home to one of France’s most visited sights, Mont St-Michel. People come to this islet to gawp at the monastery on the rock, while nearby Caen has some of the most impressive buildings in the country.

The capital city of Normandy is Rouen, which is the closest Normandy center to Paris and easily accessed by train or autoroute. It has a stunning cathedral and statues of Joan of Arc, while also boasting the region’s best shopping, dining and hotels. The history of Normandy is best learned in the museums here, and in Caen, and features Roman invasions to William the Conqueror’s conquests and WWII strife.

Other noted Normandy highlights are its Alabaster Coast; the fine resorts of the Côte Fleurie, Deauville, and Houlgate; the irresistibly cute harbor town of Honfleur; the Cotentin Peninsula and its regional park; the relative modernity of Le Havre; and, of course, the Bayeux Tapestry in the town of the same name.

Despite the historical links to England, Normandy is wholly French today and there’s little to discern between the original Norman language and the standard French tongue. The people are softly spoken, warm, and welcoming of visitors to beaches, towns and countryside, and eager to share their culture and gastronomic delights.