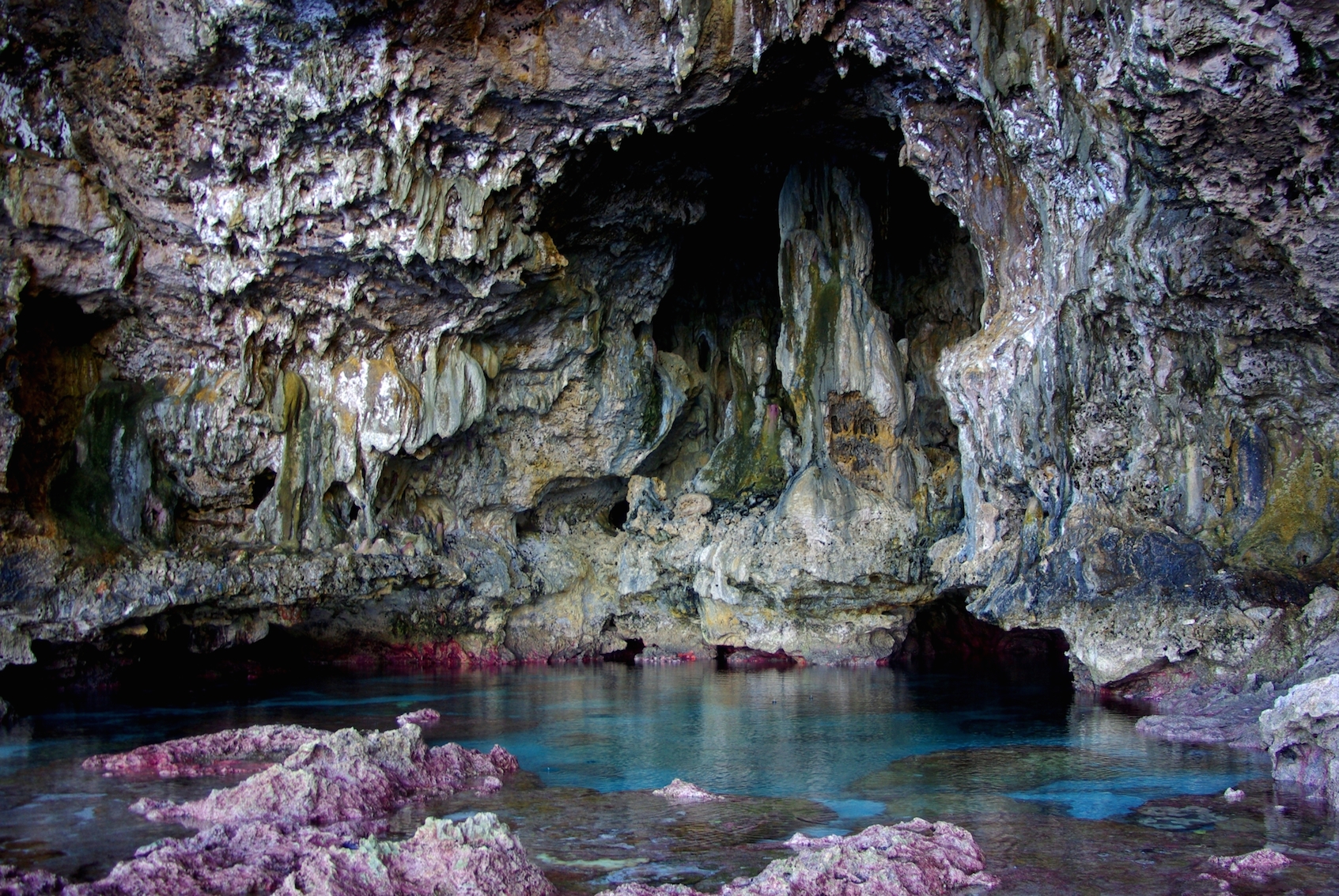 When Captain James Cook tried to enter the small South Pacific island of Niue in 1774, the locals drove him back no fewer than three times. Their ferocious-looking red teeth caused the frightened Cook to name this tiny territory “Savage Island.” Today’s tourists are guaranteed a much warmer welcome and a far more peaceful atmosphere on this relatively unknown island whose main concerns are the occasional typhoon and a rapidly decreasing population. No fewer than 1,400 souls now remain on Niue, whose tourism industry has only just begun to flourish.

Niue’s capital and largest community, Alofi, is little more than a village of just 581 people. Alofi is also home to the island’s government headquarters and airport, as well as most restaurants and shopping opportunities. The few typically sandy and white South Pacific beaches found here are sandwiched between the island’s dominant landscape of towering cliffs perched above spacious caves. Harmless, yet exotic, plants and wildlife flourish in the Huvalu Forest Conservation Area’s tropical rainforests, which occupy 20 percent of the total island land mass.

Low tide is the safest and best time to explore most of Niue’s countless caverns and caves. One of the island’s largest limestone caves, Avaiki, was once a frequent meeting place for island kings. Many more impressive caves, cliffs, and coral walls await snorkelers and scuba divers beneath the surrounding water’s surface. The underwater visibility ranks among the best in the entire Pacific Ocean. Tamakautoga Sea Track and Beach is among the few white sandy beaches on the world’s biggest coral island.

The vast majority of Niue’s 90 guest rooms are located in or near Alofi. Although advance booking is preferable, most visitors won’t have trouble finding a room on the spot on this largely unknown island. Accommodations range from a small four-room establishment for backpackers to mid-range guest houses, to self-contained apartments and cottages. Villas built entirely from limestone are the island’s most unique accommodations. Camping on public land is permitted, but not encouraged due to large numbers of mosquitoes. The island’s east side contains no hotels at all. Traditional kai feasts cooked in underground umu pits are the best places to experience authentic Niuean cuisine.

Large crowds gather to watch the weekly flights between Niue International Airport, the only airport on the island, and Auckland, New Zealand. At the moment, these flights are the only ones listed on this small airport’s schedule. An entire day’s time difference lies between Auckland and Niue, which are situated at opposite ends of the International Dateline. Private yachts and a freighter which sails to Tonga once a month are the only other ways to reach the island.

Taxis which regularly drive around Niue’s 40-mile long ring road are the only public transportation on this tiny island which lacks any rail or bus services. All car, scooter, or bicycle rentals must be arranged through Alofi travel agencies. The entire island contains only two gas stations, which are situated at opposite ends of the island.