Around the world and throughout history, people have been digging tunnels as a resting place for the dead, as a sanctuary from war or to mine resources. While the reasons for their existence vary, one thing's for sure, all tunnels are radiate a strange and arcane energy which makes them ripe for exploration. If depths and darkness excite you, delve into the spooky world of tombs, catacombs, and crypts on these enigmatic underground tours. 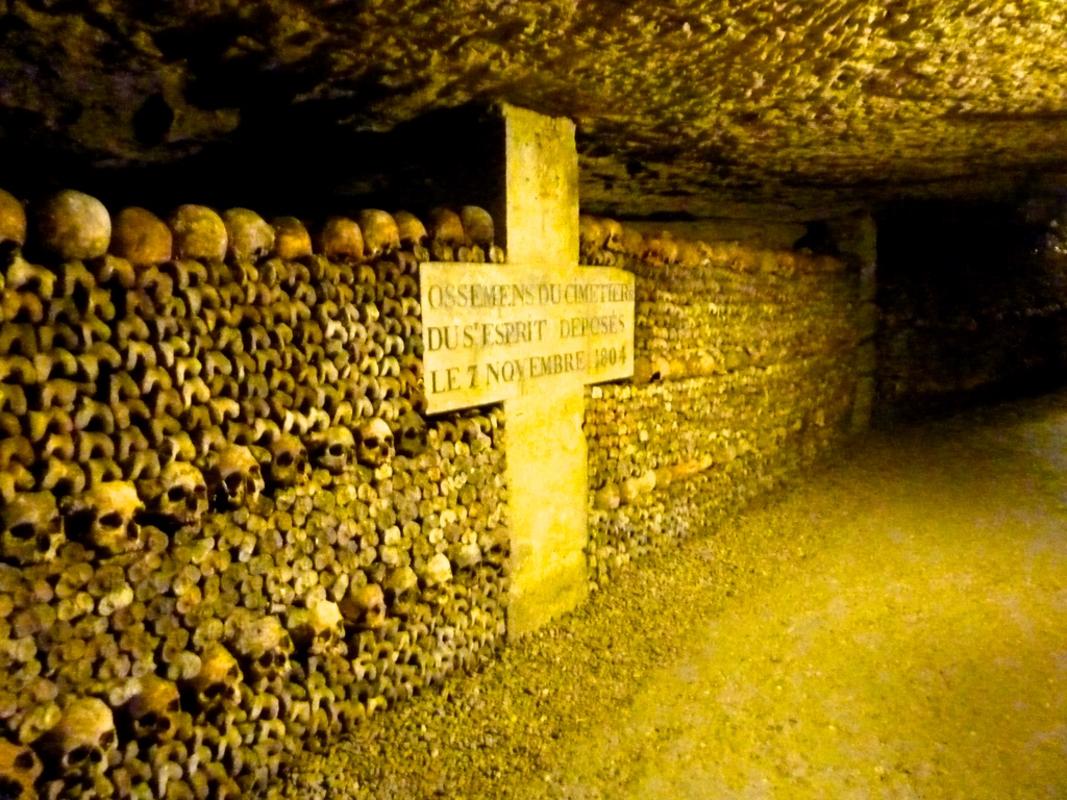 Hidden beneath the City of Romance exist miles upon miles of subway tunnels, sewers, vaults, canals, reservoirs, quarry’s and yes, crypts. Back in the 18th century, cemeteries were so overcrowded that bodies were strewn about in half-dug, or empty graves. The police and the priests decided to move the problem underground – for good. Because a spider web of stone quarries already existed below France's great metropolis, the catacombs already existed. All they had to do was relocate the bodies. The result was utterly bone chilling: small tunnels where human skulls are stacked en masse, and entire walls covered in bones. Visitors can only legally tour a small part of the catacombs (the best-preserved section), but it is an unforgettably eerie experience – and the largest catacombs in Europe.

An active place of burial until the year 1808, the Monastery of San Francisco wasn't rediscovered until 1943, which means some of the remains you will see are only 100 years old. The crypts have held up very well over the centuries against earthquakes and decay, so they are freakishly well preserved. Over 25,000 people have been laid to rest here, and the crypt contains uncountable human bone that have been used to create intricate patterns adorning the walls and ceiling. 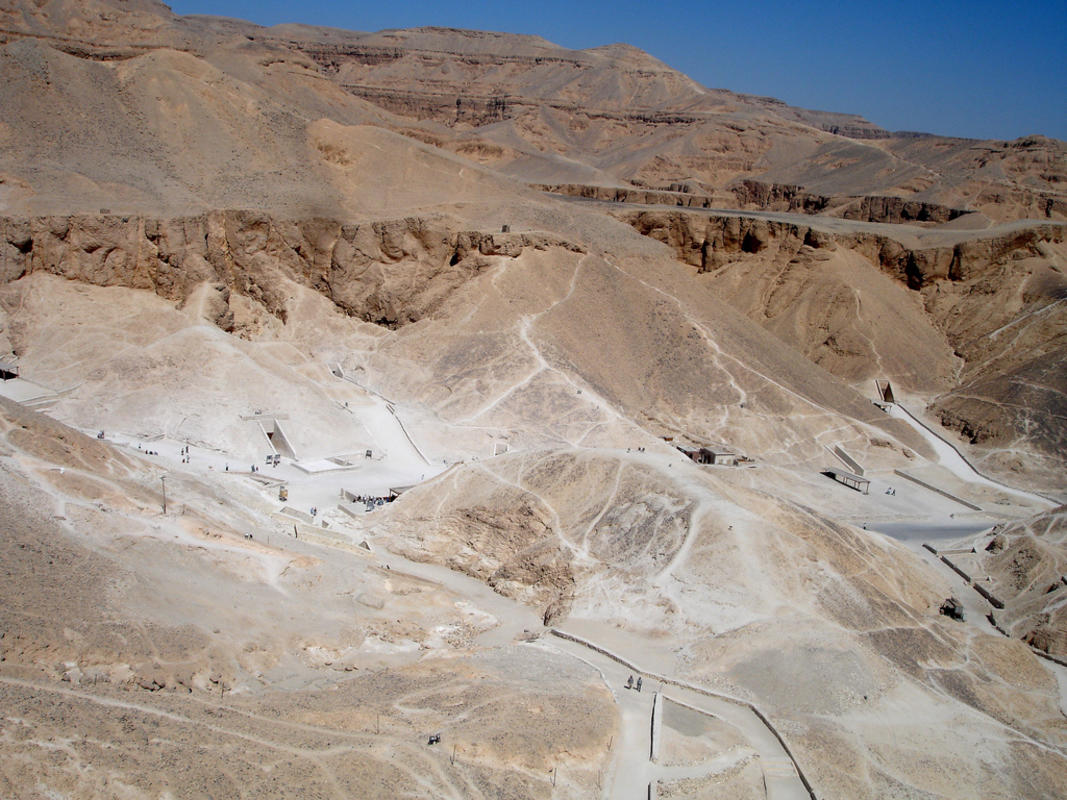 There are so many tombs and crypts in the Valley of Kings they have to name them with an alphanumeric system so they don’t get mixed up. But “KV9” is of special significance. Belonging to legendary kings Ramses V and Ramses VI, it is a complex of chambers and passages painted with scenes from ancient Egyptian texts, deities and religious depictions. This tomb was started by Ramses V and finished by Ramses VI – although it is unclear whether both share the final resting place, or if Ramses VI removed the body before being sealed away for centuries. 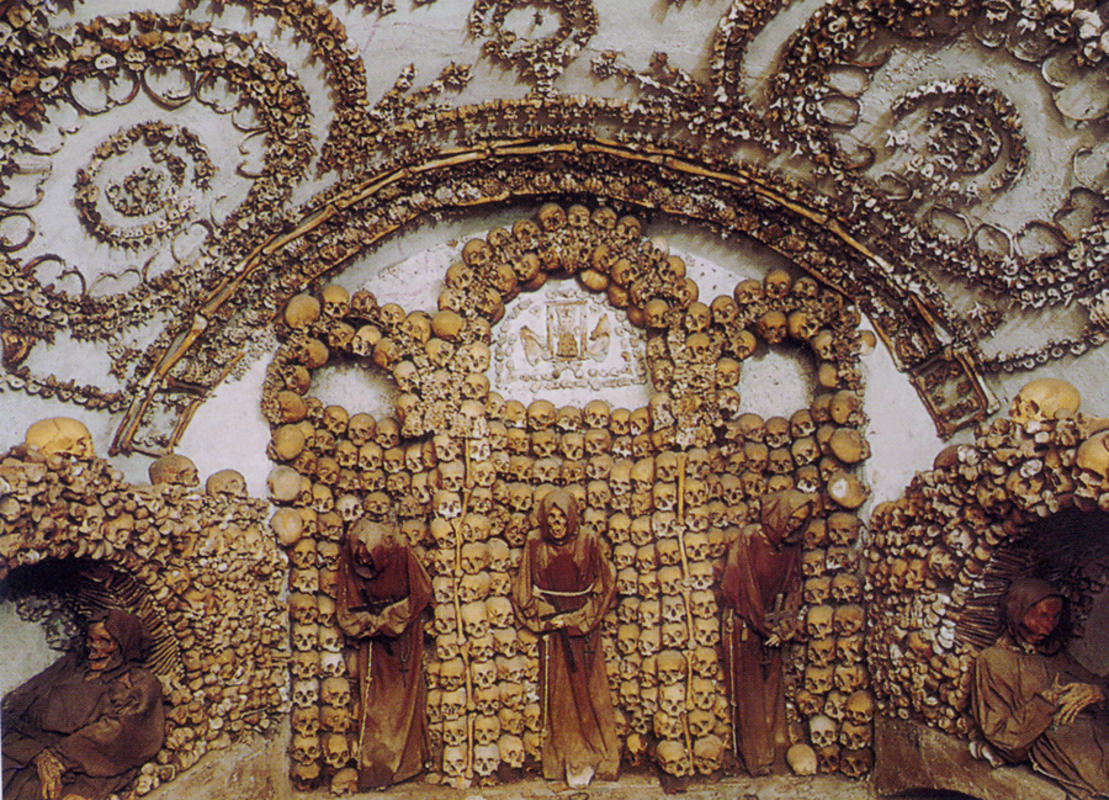 Beneath the Eternal City’s external facade lies is a world riddled with muddled history and power struggles. Long and unwieldy underground passages remind us of an era when Christianity was just a growing cult. In the Basilica San Clemente, visitors can tour layers of history as a 4th century church rests on top of a 2nd century Mithraic temple, which was built over a city street. Or, if you're feeling extra macabre, in the Capuchin Crypt, see the remains of 4,000 Capuchin monks, decorated with vertebrae chandeliers, authentic skull and cross-bones, and robed skeletons leering down from their perch on the wall. 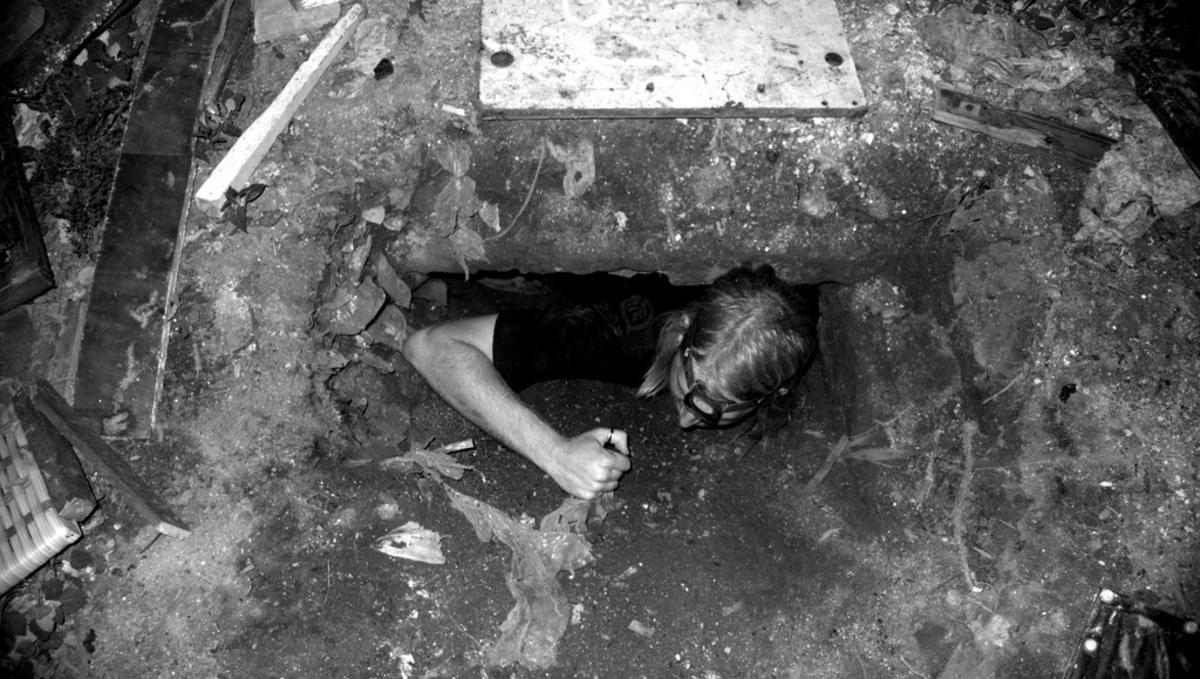 These subterranean catacombs make up an immense network beneath the city of Odessa. The result of years of stone mining and smuggling, they reach an incredible depth of almost 200 feet (60 meters) below sea level. The full extent of this labyrinth is, to date, unknown. You won’t find many human remains down here, but if you happen to get lost in the maze-like catacombs, you might end up contributing your own… 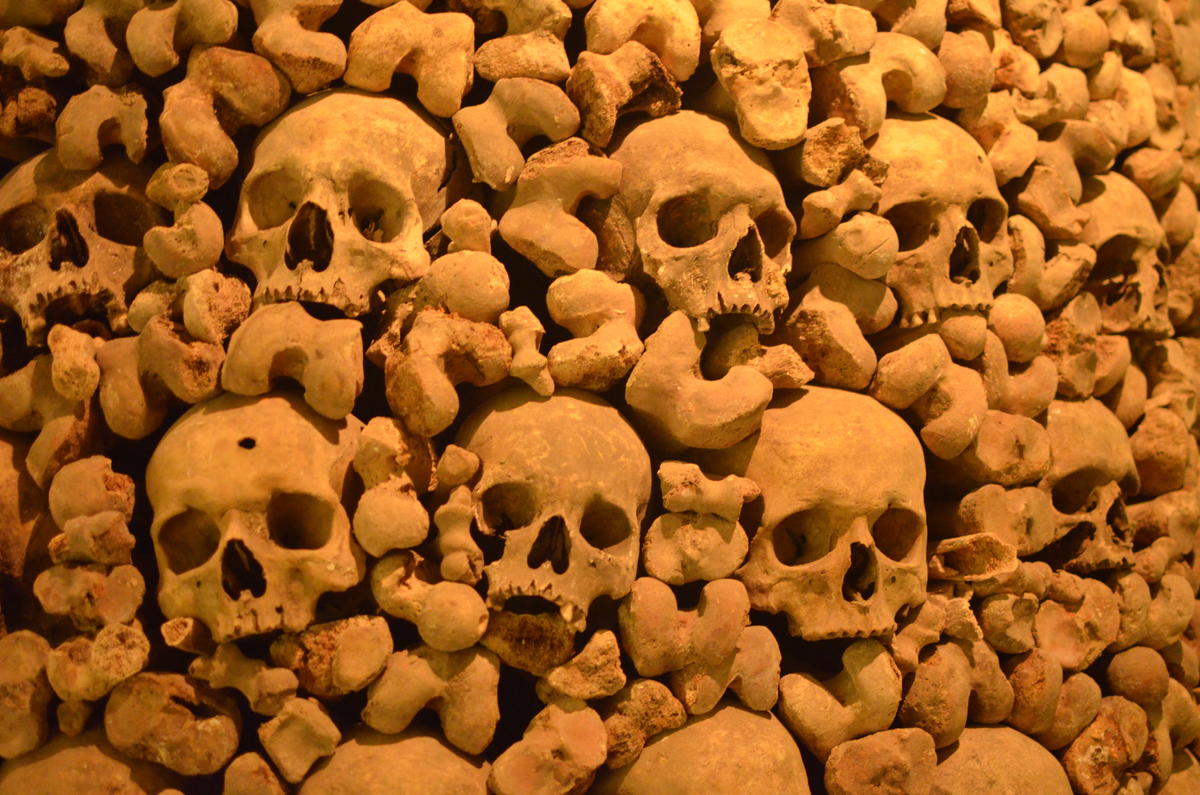 The most recent crypt rediscovery in 2001, it is the second largest Ossuary in Europe after the Paris Catacombs. Just opened to the public in 2012, over 50,000 people are estimated to be inside. Their bones were once laid neatly in rows, but have been since mixed and jumbled by years of flooding and mud. Here you will find another example of human artwork, as the walls are lined with patterns made of bones that include an obelisk build solely out of human skulls. It's enough to make anyone’s spine tingle. 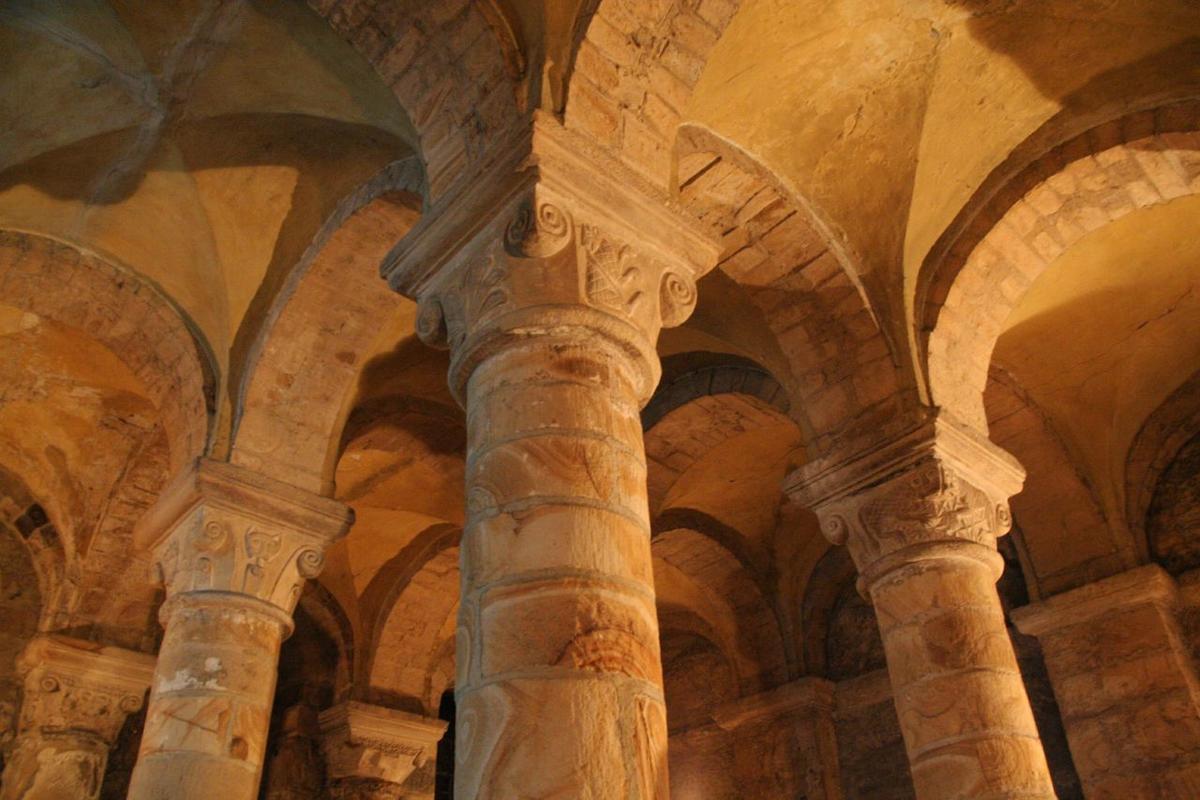 This Norman Fortress turned university is over a thousand years old. Naturally, anything that old is going to house some dark secrets. Below this stone castle, where many students eat, drink, sleep, and study, lies an ancient crypt full of artifacts that have been collected over the ages.

Long Distance Races in Far Off Places: Bucket List Marathons to Run in Your Lifetime