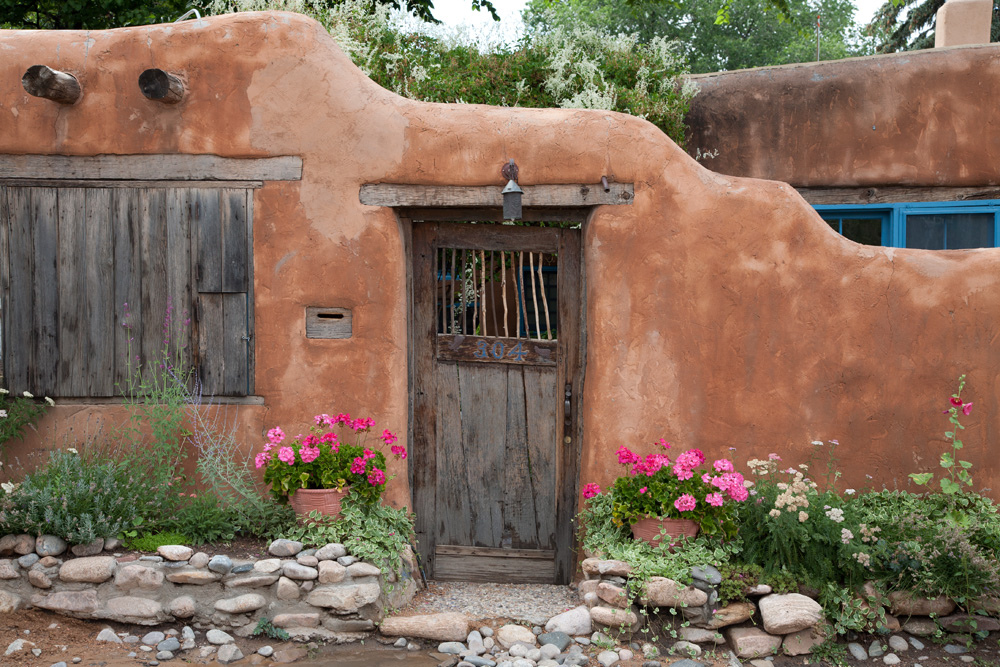 When most people think of an American city with a very high elevation, Denver springs to mind. However, Santa Fe, New Mexico actually holds the title for being at the highest elevation; at more than 7,000 feet, it is really up there. Before the Spanish arrived in 1607, the Pueblos and other Native Americans called this part of the country home. Once the territory of New Mexico achieved statehood in the year 1912, Santa Fe was made its capital. Shortly thereafter, the area became a haven for artists of all kinds; it retains its popularity among that population to this day. As a city of contrasts, Santa Fe is an endlessly fascinating place to visit – you will never be left without anything to do when you visit this thriving state capital.

The stunning views alone are reason enough to spend a great deal of time in and around the Santa Fe area. As booming as the city may be, there are still plenty of surprising, lesser-known attractions to enjoy there. Consider these prime sights:

A brief foray outside of the Santa Fe city limits will open up whole new worlds to you. If you get a chance to leave the city proper, make a bee line for Tent Rocks National Monument. These unique formations were created from volcanic eruptions that occurred more than one million years ago. As the name implies, these formations look very similar to tents with their cone-like shapes.

Just outside of Santa Fe sits Camel Rock. This unusual rock formation looks very similar to a camel, yet it has only been carved by the forces of wind and rain through the years. In fact, when you visit you should pay attention to the way that the wind whips through the surrounding area; it is plain to see how even strong sandstone can be formed into such a compelling shape.

No visit to Santa Fe is complete without paying some sort of homage to its original inhabitants: the Pueblos. The Ancestral Pueblos once lived in this region – primarily between 1150 AD and the 16th century – and made their homes in cliff dwellings that can be explored at Bandalier National Monument. Not only can you check them out from afar here, you can get right up and explore some of them.

Another great place to see how the ancient inhabitants of the Santa Fe area once lived can be found at Salinas National Monument. The ruins of several different Pueblo settlements can be found here; they have been left largely undisturbed, making it easy to envision just how these proud people once lived their day to day lives.

With a downtown that seems to cater almost exclusively to older people, it’s easy to forget the fact that Santa Fe has plenty of exceptional opportunities for couples and families alike. Don’t count this area out, then, and be sure to check out a few of the following attractions:

A topnotch day trip idea for couples on the go is Chimayo, an old village that sits in the mountains between Santa Fe and Taos. Best known for its strong artistic traditions, the village is studded with several galleries and restaurants. Don’t miss the 150-year-old adobe mission in the village; it’s called El Santuario de Nuestra Senor de Esquipulas and is a great way to see how the pious settlers of this region once worshipped.

New Mexico may not immediately bring the image of grapes to most people’s mind, but there are some excellent vineyards in the area outside of Santa Fe. Stop in at the Santa Fe vineyards, for instance, for tastings and other exciting events.

Introduce the kids to a taste of the American West by taking them to an authentic rodeo. If you’re lucky enough to be in Santa Fe in June, you could attend the Rodeo de Santa Fe, which is probably one of the best known of such events in the region.

You won’t find better examples of Southwestern cuisine than you will in Santa Fe. Many of the dishes that you’ll encounter in this city will be offered in two versions: red or green. This refers to the type of chile that you want it seasoned with. If you’d like to sample a bit of both, request “Christmas style,” which refers to using red and green chiles in a dish. One thing’s for sure: the food in Santa Fe is anything but bland.

The Santa Fe Municipal Airport is small, but you can catch connecting flights from the Dallas/Fort Worth airport with ease. If you’ll be driving in to the city, plan to arrive via Interstate 25, which is the main thoroughfare in the Santa Fe area. Like many other cities in the American Southwest, Santa Fe is laid out in an easy-to-navigate way.

All four seasons are represented in Santa Fe, but winter isn’t terribly cold. Highs are typically in the 40’s during the winter, making it reasonable to be outside. Summer can be very hot; early in the season, highs can reach the 90’s. Still, the best time to be in Santa Fe is late summer when afternoon storms take away a lot of the heat.