By Stacey McKenna
Save

It may be hard to fathom, but way back in 1995, Boyz II Men’s “Water Runs Dry” was nominated for a cinematography award. An MTV enthusiast, I’d belt out my favorite song lyrics along with the boy-band while they crooned, surrounded by fields of flawless sugary white sand dunes. As the light angled across the hills of bleached gypsum, the picture of White Sands National Monument was forever emblazoned in my memory. “I will go there one day,” I promised myself. 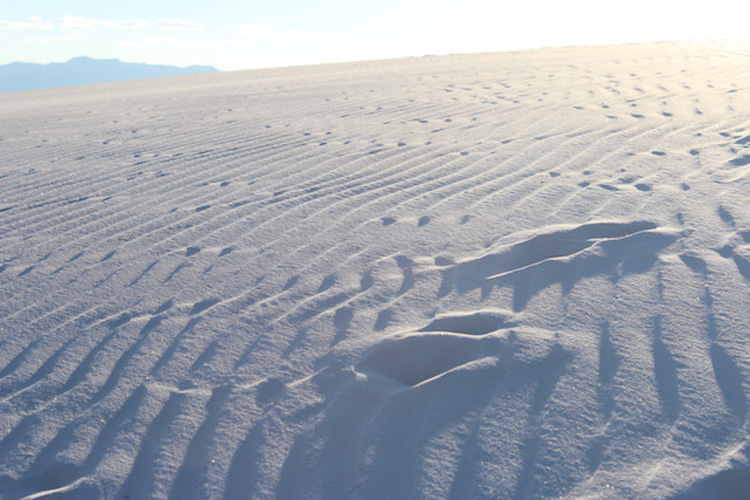 Twenty years later, I stood in the shadow of a gleaming metal-roofed picnic table at the park’s wilderness trailhead. Ready to pop my backpacking cherry, I double-checked my water supply— the National Park Service recommends at least 4 liters per person per day — and buckled my bag’s waist-strap tight. 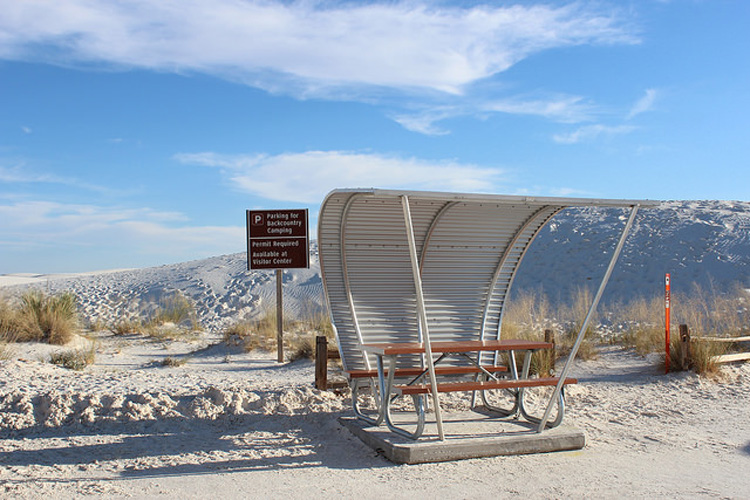 Grinning giddily, I stepped into the sweltering afternoon sun, gawking at the sight. White Sands sprawls over 275 square miles of southern New Mexico’s Tularosa Basin, making it the world’s largest gypsum dunefield. Backcountry campers needn’t travel far to find solitude. The trail traces a well-marked 2.2-mile circle atop the drifts, branching off to 10 remote sites along the way. 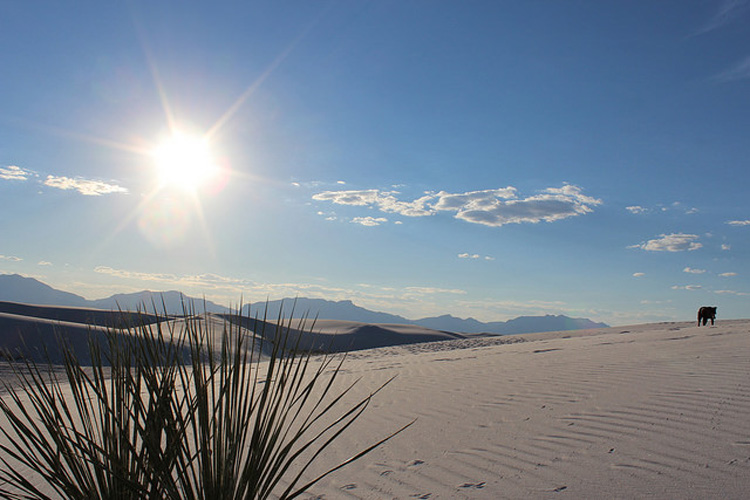 As my husband and I followed the neon signs, our pup navigated ahead, sniffing for olfactory clues at every turn. The earth alternated between painfully firm and fragile enough to crumble underfoot. But the sand was luxurious: powder-soft and cool despite the brutal solar rays above.

Although it resembles a field of snowbanks, White Sands simmers most of the year. During the cooler months, the desert sun rests low in the sky, soothing the landscape and warming bodies rather than scorching them. But in September’s uncharacteristic triple-digit heat, we were grateful to be trekking just before sunset. 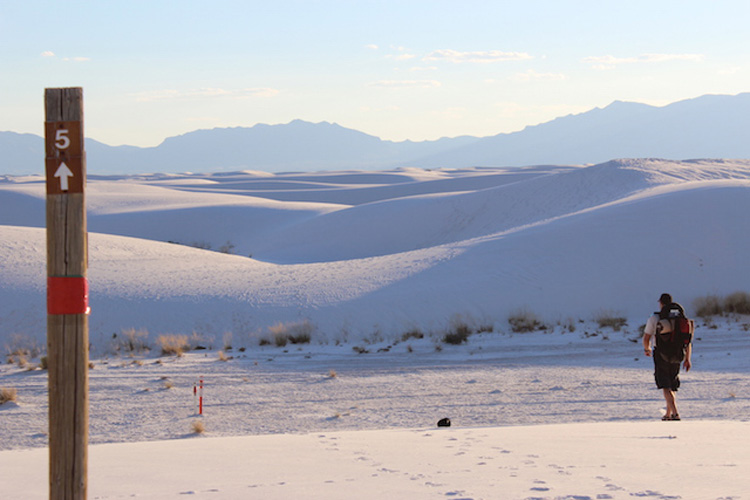 After a mile, we found our campsite tucked into a flat valley and pitched a tent, ready to spend dusk ogling the sun’s descent. The day’s blaze faded, turning everything pastel and flattening the rolling terrain to two-dimensions. We downed our boil-in-a-bag chana masala and clambered up the neighboring bluff to watch the supermoon rise, illuminating everything in a swath of white. Summer’s heat fell away and with neither campfire nor stars to distract us, sleep came quickly and voraciously among the dunes. 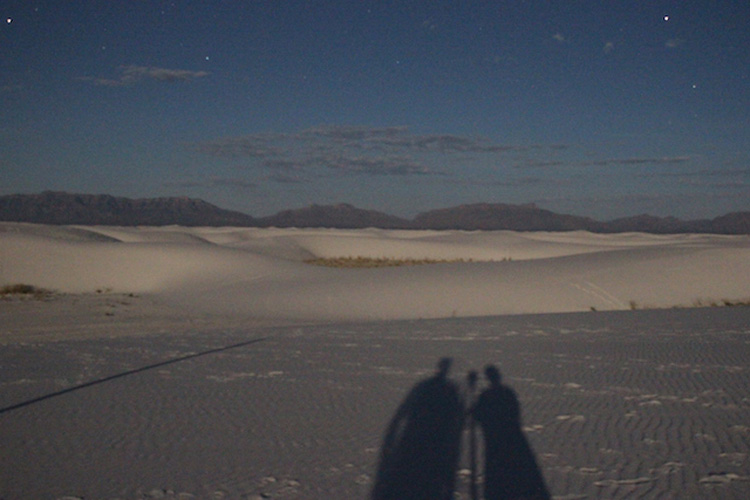 Dawn brought fresh tracks to the sand and purple mountains to the horizon. We finished the short loop in a flurry of photo-ops, exploiting the early morning light to capture golden yucca and angry black beetles. Back at the trailhead, we marveled one last time at miles of virgin windswept mounds stacked into the distance. As we stared off into the distance, I couldn't help but replay the song lyrics in my brain. "Let's don't wait till the water runs dry // We might watch our whole lives pass us by." Let's not wait a lifetime to return to this magical place.

Want to Do It?

White Sand Dunes National Monument is in Southern New Mexico about 15 miles from Alamogordo, 52 miles from Las Cruces, and 330 miles from Albuquerque. Fall, winter and spring are the best months for hiking and backcountry camping as summer's brutal heat makes the experience less enjoyable. Trails are clearly marked both on the backcountry loop and other hikes in the park. Explore the dunes around your campsite, but keep markers in sight as it's surprisingly easy to get lost. And remember, the desert is a fragile ecosystem, so respect park rules about where it's ok to tread. Only 10 parties are allowed to backpack in the dunes per night and permits are issued on a first-come, first-serve basis so be sure to plan your trip well in advance.

http://staceymckennawrites.com
Join 100k like-minded travelers by subscribing to iExplore
Join with Email
RECOMMENDED FOR YOU