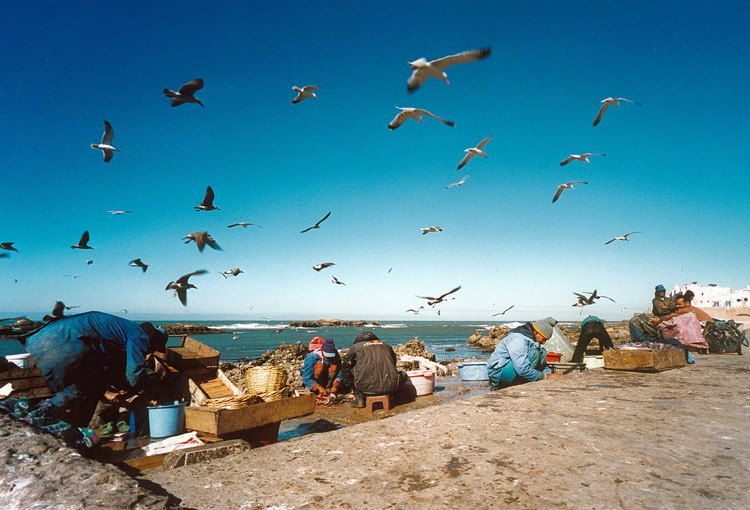 Travelers who are planning an African adventure may want to brush up on some facts before leaving home, as the different regions of the country can create distinct climates from place to place. Essentially, the areas of the nation consist of the Western Coast, the North, the Sahara Desert in the South and East and the Atlas Mountains in the center of the country.

People who are planning to visit the Western Coast, including Essaouira, which boarders the Atlantic Ocean, will find the summer to be a gorgeous time for a trip. Temperatures normally stay between 70 and 85 degrees Fahrenheit, as the region is kept fairly mild due to a consistent sea breeze. This weather is hot enough to keep the water nice and warm, but cool enough for travelers to be comfortable. However, even the winters in the West are temperate, with temperatures around 60 degrees.

The Northern region of the country, including the towns of Tetouan and Tangiers, tends to have a Mediterranean climate, which means long, dry summers and cool, wet winters. In this area, summer tends to last from mid-May until the end of September, with temperatures that usually hover around the low 80s. The short winters in the North of Morocco cool off significantly, as it is usually about 60 degrees during these months. Overall, the best time to visit this region is the late spring and early summer, when temperatures are warm and comfortable.

Adventurers who plan to escape to the Sahara Desert should plan to go during the fall or early spring when the temperatures are the most mild. However, those who plan to go during March and April should be advised that there are frequently sandstorms. During the summer months, this region tends to be very dry and extremely hot, with temperatures soaring to around 115 degrees during the day, making it uncomfortable for even the camel’s in the area. Even so, the winters in the desert, as well as select summer nights, tend to be brutally cold.

The Atlas Mountains usually offer unpredictable weather that largely depends on the altitude travelers wish to visit. However, the summer months are generally the best time to go, as they have sunny days with temperatures hovering in the mid-70s. The winters in this area are usually really cold, as it can reach about -4 degrees. Also, many of the winter months are prone to a great deal of rainfall.