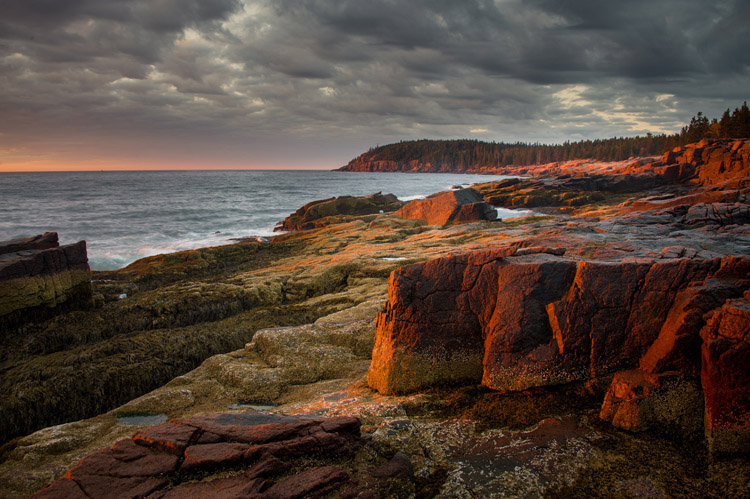 While there’s never really a bad time to visit Acadia National Park, travelers planning to spend some time in the beautiful landmark may want to consider the weather in Maine before booking their excursion. Originally known as Lafayette National Park, Acadia is a beautiful preserve that extends across many of the small islands (chiefly Mount Desert Island) found off of the southern coast of the Pine Tree State, meaning that its climate is a bit different than much of the rest of the state.

For one, temperatures among the islands tend to be more moderate than those of mainland Maine, producing comfortably warm summer days with cooler nights. Winters, however, are about as cold and snowy as one might expect from a national park in Maine.

Regardless of season, guests should be prepared for heavy precipitation as coastal Maine stands second to only the Pacific Northwest in annual rainfall. This means ice storms are a common occurrence in winter and early spring, and fog is a common phenomenon during the summer.

The best time to visit is in early September as crowds are quite manageable, the average daily temperature hovers around 68 degrees during the day (41 degrees at night) and the heavy precipitation of the colder months has yet to hit.

U.S. Route 1 Through Maine is an Idyllic Summer Escape