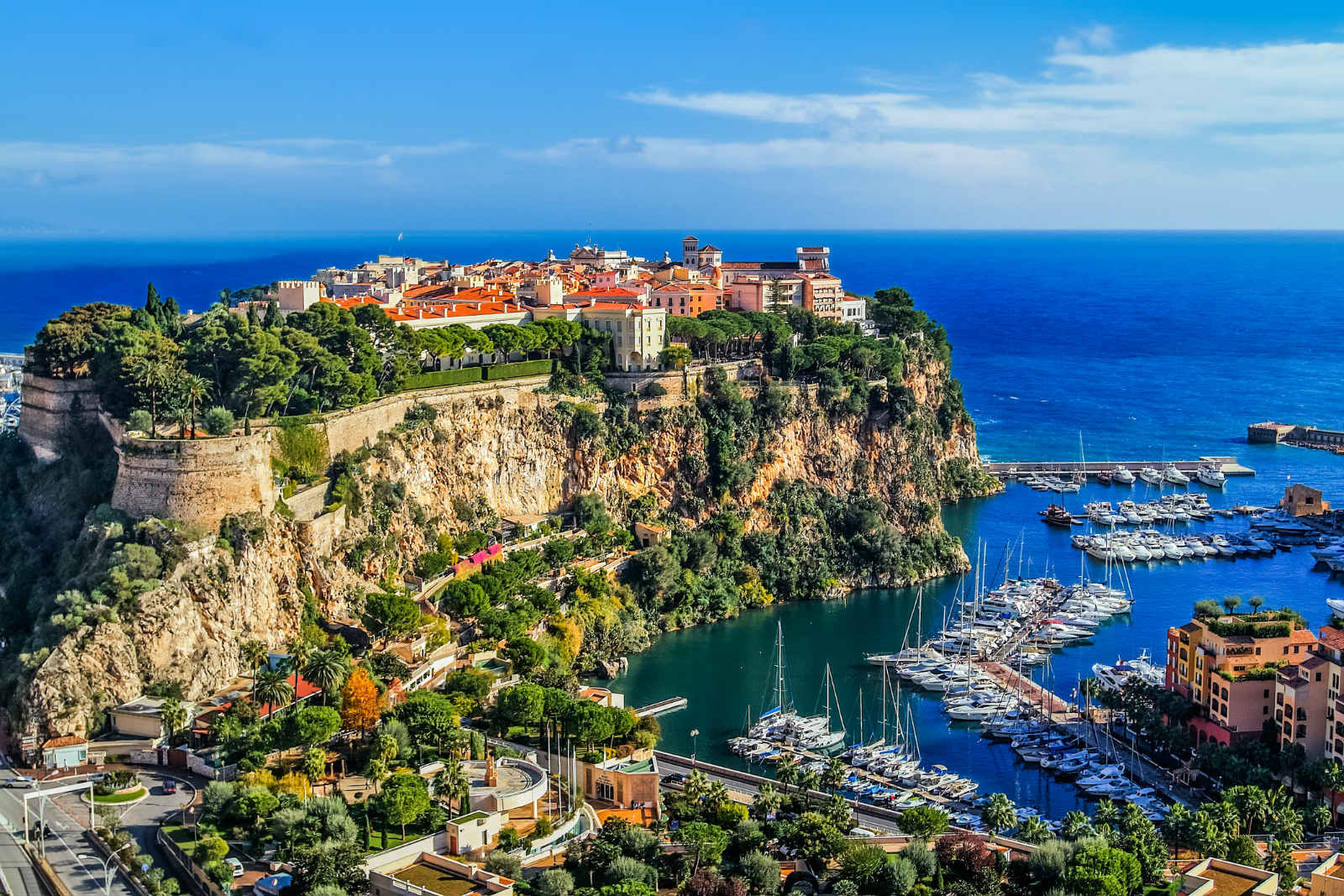 Monaco is without doubt the most luxurious and glamorous vacation destination in the Mediterranean. Attracting both royalty and the rich and famous, the beaches and marinas are packed with visitors every summer. A principality ruled by Prince Albert II, Monaco has had a long connection to the movie industry. The Prince’s late mother was American actress Grace Kelly and the country has widely been featured in blockbusters such as James Bond's Golden Eye, Iron Man 2 and Ocean’s 12.

Monaco is the second smallest nation in the world, after the Vatican. It’s located in the south of France, and many visitors arriving by car may not even notice they've entered a new territory. With a population of just under 40,000, the locals are known as Monegasques, but only make up about 20 percent of the total population. Residents in the peak summer months can easily double or triple, especially when adding visitors from the numerous Mediterranean cruise ships that dock in Monaco.

The Grimaldi family which has ruled Monaco for over 700 years has brought prosperity and glamour to the country. They have actively promoted the arts, which has led Monaco to host some of the most prestigious events and festivals in the world. Top billings include the Monaco Grand Prix, the annual fireworks display and the Monaco Yacht Show. Also known for its fabulous Monte Carlo casino, the gaming arena epitomizes opulence and wealth.

Summer is the most popular and expensive time to visit Monaco, but this does not deter their typical visitors. It is possible to find deals in the off-season, particularly in the spring and winter. Ultimately however, the majority of visitors to Monaco are day-trippers from nearby towns on the Cote d’Azur. Monaco is home to some of the top restaurants in Europe, many with Michelin stars and long waiting lists that require advance reservations.

Monaco does not have its own airport, which means the bulk of visitors come by car or ship. The closest air hub is Nice Cote d’Azur Airport in France, a half hour drive. The principality’s main dock, Port Hercules, attracts Mediterranean cruise ships on a daily basis during the peak summer months. Monaco is well-connected to the French rail network, providing excellent direct rides to major cities in France and Italy.

Monaco is easy to reach by the French motorway and is just a short drive from the Italian border, as well. Roads into Monaco are scenic, yet curvy so be careful navigating the coastal drive. Once inside, it is easy to explore the city on foot, as walking from one end to the other only takes 45 minutes!