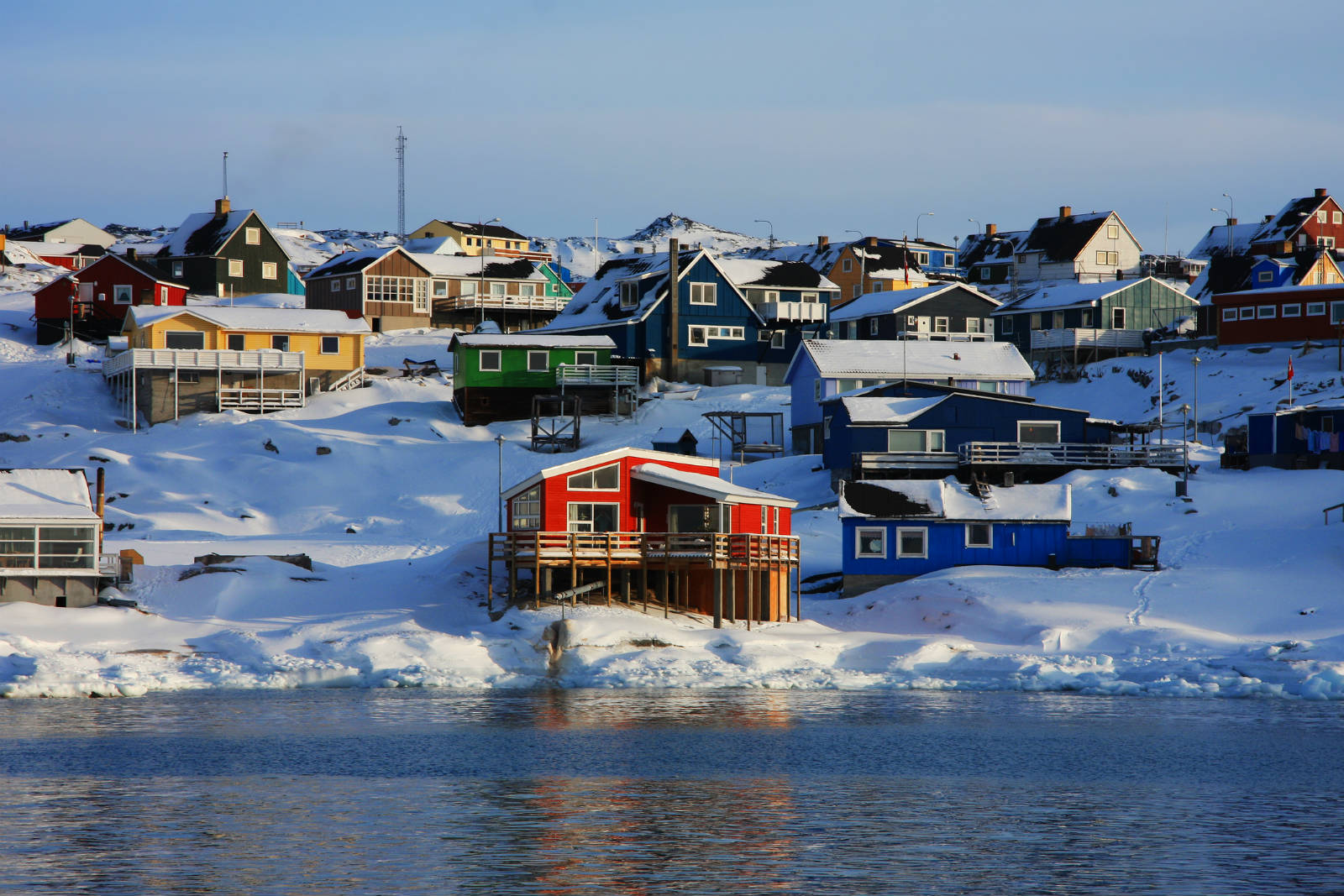 Shortly after WWII, the United States offered to purchase Greenland from Denmark for US $100 million. Denmark, which has governed over the world’s largest island for at least five centuries, refused. Today, this far northern territory is geographically closer to Canada than Europe, but uniquely combines ancient Inuit traditions with modern technology.

Greenland, who did not even have its own TV station until 1982 now boasts more than one cell phone per person for each of its 56,615 residents, 93 percent of whom have regular Internet access. Despite these modern conveniences, many of the locals still travel primarily by dogsled and hunt as their ancestors have done for centuries.

A quarter of Greenland’s residents live in the territory’s biggest city and capital, Nuuk. Danish missionary Hans Egede colonized the area on his 1721 search for survivors of the Viking colony Erik the Red founded in southern Greenland around the year 1000. Although the Brattahlíð was mysteriously abandoned about five centuries later, its ruins rank among Greenland’s top attractions.

The main draw still remains its vast wilderness filled with bodies of water untouched by fishermen, pristine glaciers drifting from the imposing Ilulissat Icefjord and relaxing hot springs where visitors can warm up from Greenland’s often freezing temperatures. Special permits are mandatory to visit Northeast Greenland National Park, the largest on the planet, but visitors are free to explore the other 75 percent of the territory without official property laws.

Greenlandic accommodations, like nearly everything else in this isolated territory, do not come cheap. If you want authentic, Kangerlussuaq’s Hotel Arctic is a traditional igloo built each winter, complete with ice tunnels, ice furniture and even an ice bar. Among the more affordable accommodations are South Greenland sheep farming stations, seamen’s homes, cabins throughout the territory, and Nuuk’s hostel program, where residents rent out rooms in their homes for a third of what a hotel would cost.

Greenland may be geographically close to Canada, but reaching this isolated area is still a challenge. Neither of Greenland’s two largest airports, Kangerlussuaq or Narsarsuaq offer direct flights to North America. The most frequent connections are through Copenhagen or Reykjavík. Air and water are the two main ways to get around, being that there is no rail network and very few roads due to the rugged terrain. Norway’s Hurtigruten is the most well known of many cruise lines and ferries which port at Greenland’s coast in the summer. Dogsleds and snowmobiles, not buses and cars, are Greenland’s two most popular land transportation options.